A cool time travelling super-hero TV show from DC Comics on CW in the world of Arrow, The Flash and Vixen. 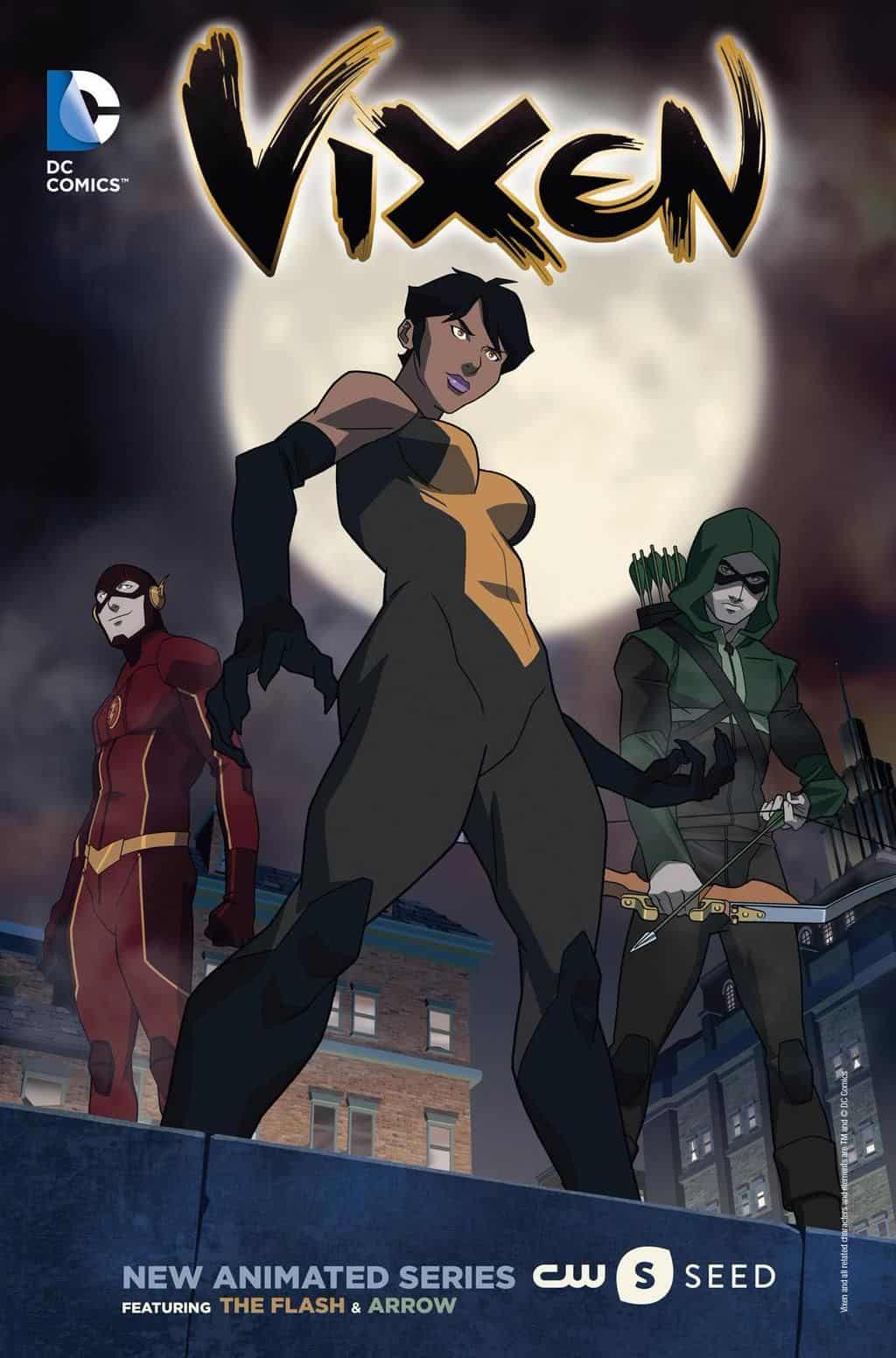 iZombie is also on The CW, but DC Comics language seems to put it outside the same shared world as the other two live-action TV shows (The CW’s Arrow and The Flash) and the animated TV series (CW Seed’s Vixen). That’s some awesome #DCTV (DC Comics’ official TV hashtag) on The CW! And there’s even more #DCTV coming in 2015 beyond the CW!

Official News Release from DC Comics on the newest The CW #DCTV offering with spoilers:

DC’s Legends of Tomorrow, a New Arrow and Flash Spinoff Series, is Coming to The CW

Oliver Queen and Barry Allen will soon have some new friends. DC’s Legends of Tomorrow, a third show set within the world of Arrow and The Flash, has just been greenlit by The CW.

Arrow, The Flash, iZombie and now…DC’s Legends of Tomorrow.

The world of DC Entertainment is alive and well on The CW. The home of three of DC Entertainment’s hit TV shows has just greenlit another one—DC’s Legends of Tomorrow, a super hero team show that’s set within the Arrow and Flash universe.

According to the official synopsis: “When heroes alone are not enough…the world needs legends. Having seen the future, one he will desperately try to prevent from happening, time-traveling rogue Rip Hunter is tasked with assembling a disparate group of both heroes and villains to confront an unstoppable threat — one in which not only is the planet at stake, but all of time itself. Can this ragtag team defeat an immortal threat unlike anything they have ever known?”

This is just the latest news to break in what’s been a very busy week for #DCTV as the networks prepare for their annual Upfront presentation next week. Earlier this week, CBS greenlit Supergirl, a small screen adaptation of the popular Super Hero, while The CW announced that they were renewing iZombie for a second season.

No word yet on when we might get our first look at DC’s Legends of Tomorrow, but you can look for all the latest #DCTV news and announcements as they break right here on DCComics.com.

Could Vandal Savage or the Reverse-Flash be the team’s main adversary through time? The latter is already a big part of The CW’s The Flash Season 1.

Impact Wrestling Slammiversary 2022 Features ROH Vs. TNA?! Honor No More Vs. Impact Originals With A Mystery Wrestler Yet To Be Revealed!