The CW will be adding a new DC Comics #DCTV show to Arrow, The Flash and Vixen: DC’s Legends of Tomorrow.

This time traveling team will make their live-action on-TV debut in the Season 1, Episode 23 (S01 E23), titled Fast Enough, of the season one finale of CW’s The Flash; not surprising since Eoboard Thawne aka Dr. Harrison Wells aka the Reverse Flash is a villain from DC Comics / #DCTV’s future seemingly trapped in modern day. Whether all or some of the cast debuts remains to be seen.

However, in a bit of surprise, the CW released an in-costume cast pic prior to the Flash finale. So, this is your first look at the DC’s Legends of Tomorrow team below. Live action debut of some or all of the team together will be during the Flash Season 1 finale. 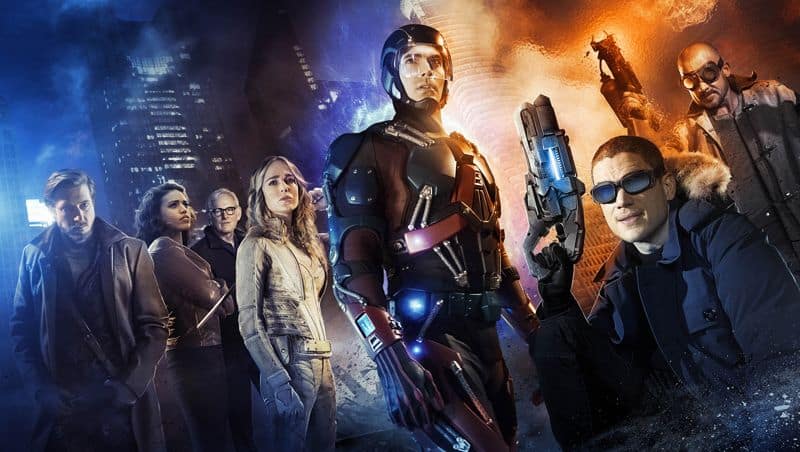 The line-up includes the following actors with their associated heroic or villainous #DCTV alter ego. The “& more” part of this news is the revelation of who actress Caity Lotz will be playing.

White Canary? Is this a time traveling AND a multiverse traveling team? Hmmm.