Spoilers & Review follow for Convergence: Booster Gold #2 plus some Convergence #8 spoilers too.

They trio escape through time, but only a few minutes into the past. They’re still looking for older future ARGUS soldier Booster Gold on the planet Telos.

They find him and he reveals, the presence of the 1980’s post-COIE era Blue Beetle, that he’s dying from unprotected exposure to the time stream from his many travels. His father Rip Gunter can save him, but they need to get to his based at Vanishing Point.

New 52 Booster Gold sends them all there, include Blue Beetle. Younger Booster carries older Booster into the heart of Vanishing Point and its timestream energies, at the direction of Rip Hunter, to save the life of older Booster against his wishes. What happens next?

Older ARGUS soldier Booster Gold becomes the DC Comics New 52 / DC YOU’s new Waverider! A being that traverses and manipulates or protects, depending on who you ask, the timestream. Who’s Who here.

New Waverider sends Blue Beetle back to his now un-domed part of the planet Telos and also sends younger Booster, Goldstar and Rip Hunter back to where they belong. 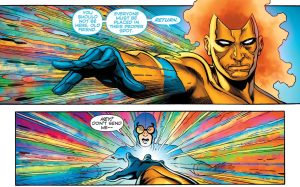 The issue ends with DC You’s Waverider rushing off to have an impact on Convergence #8, the conclusion to the Convergence weekly event (full spoilers for Convergence #8 here). 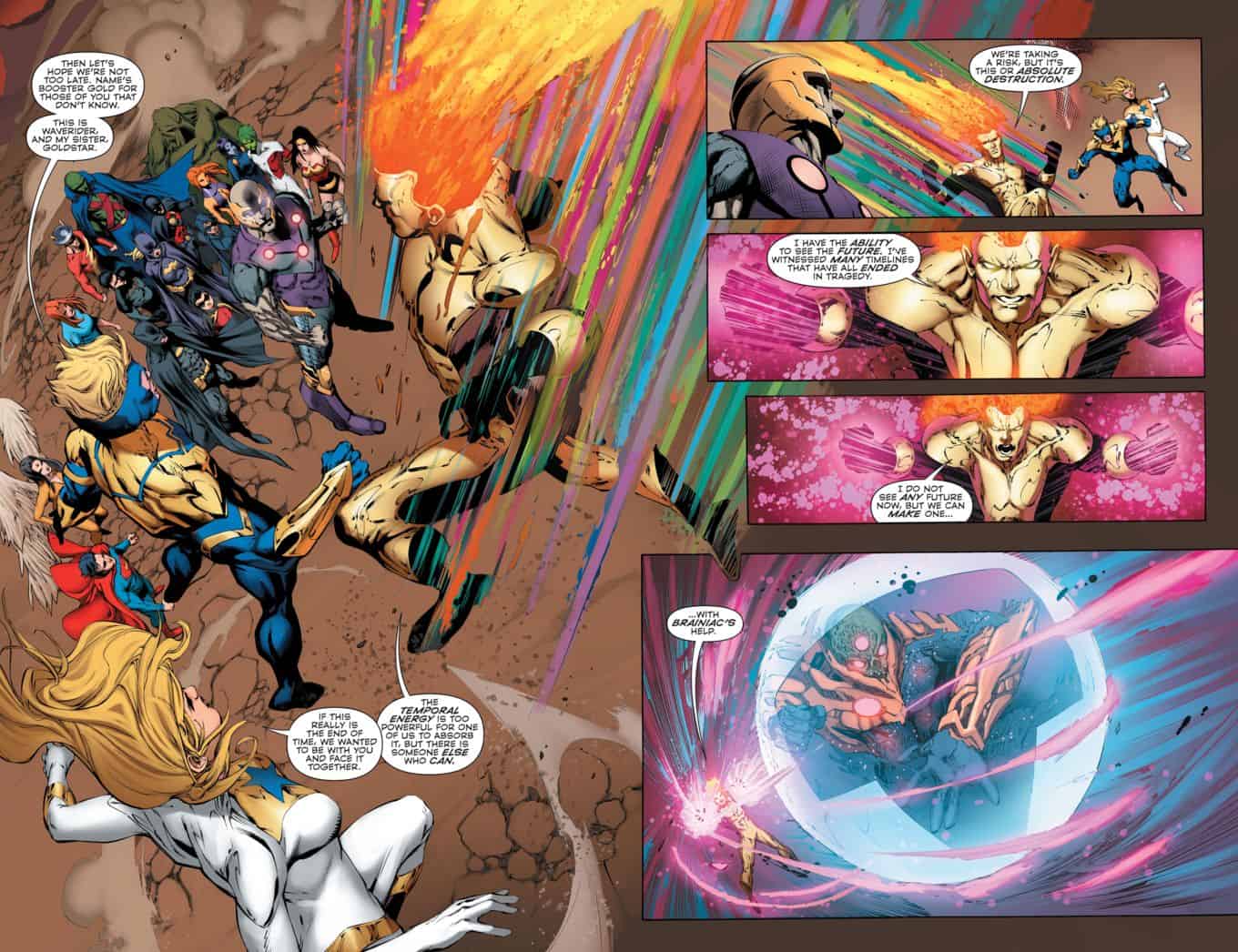 Overall, I enjoyed this mini-mini-series and am curious whether we’ll get more cross-multiverse and cross-time travels in DC You via Booster Gold, Waverider and/or Rip Hunter. I’d love to see writer Dan Jurgens on time-traveling super-heroics monthly from DC Comics again! 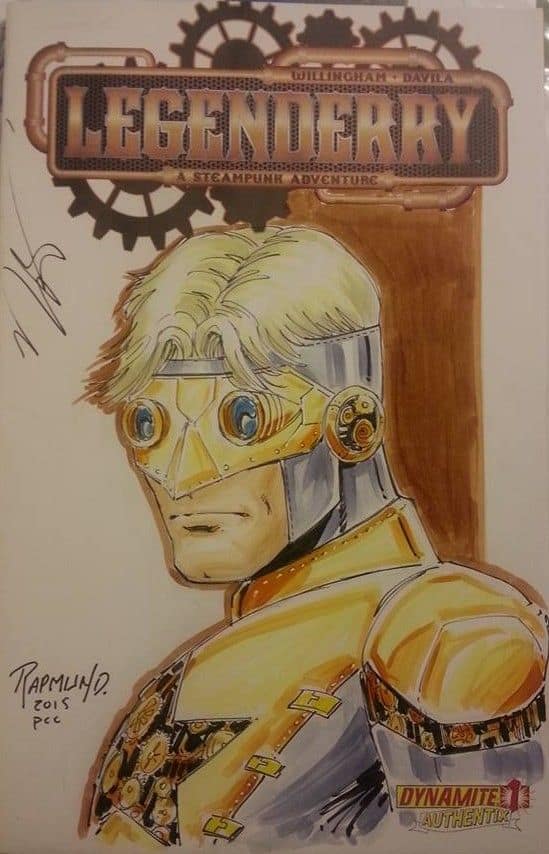 Is there a Steampunk Earth in DC Comic’s multiverse? ;)