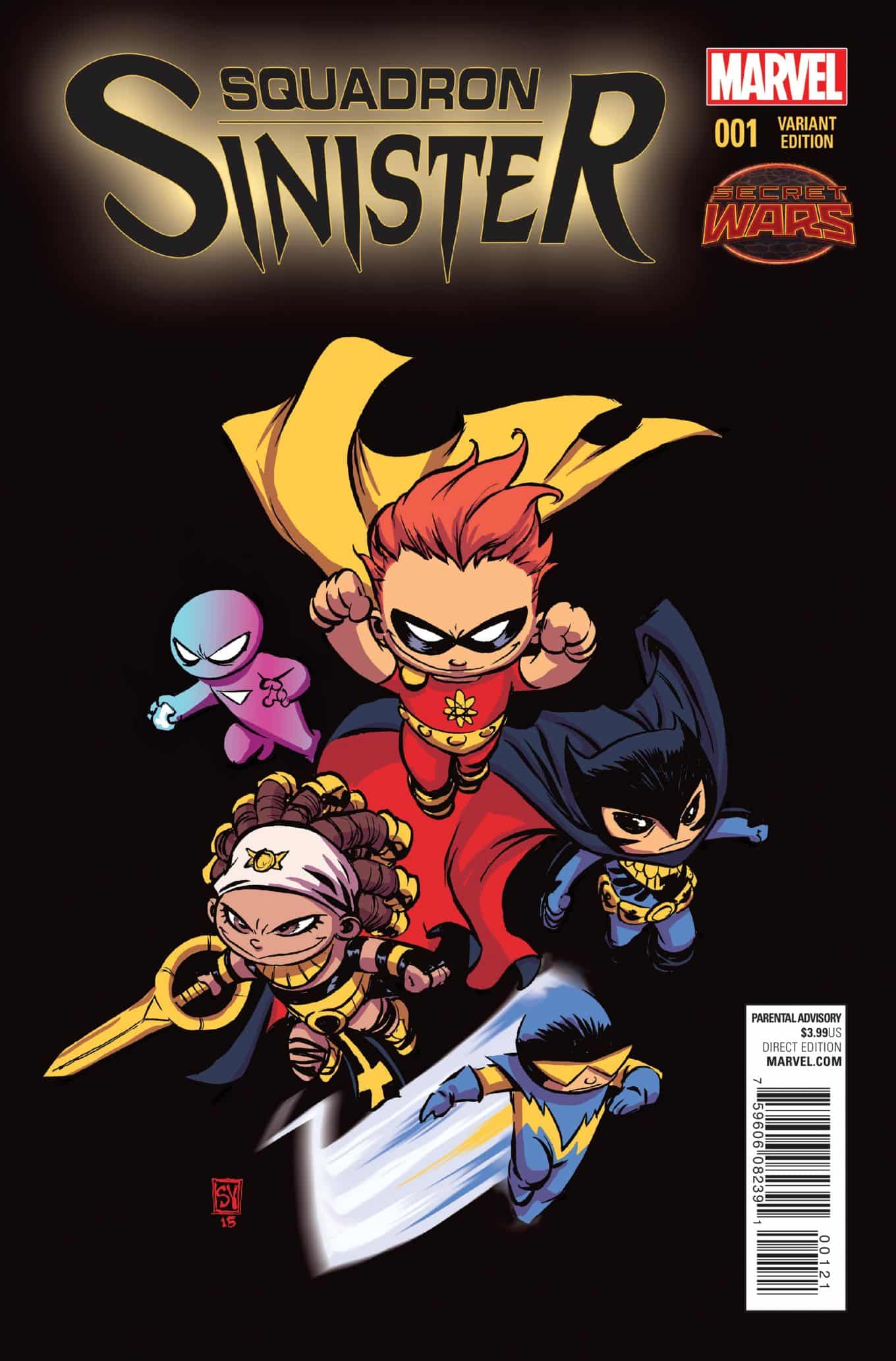 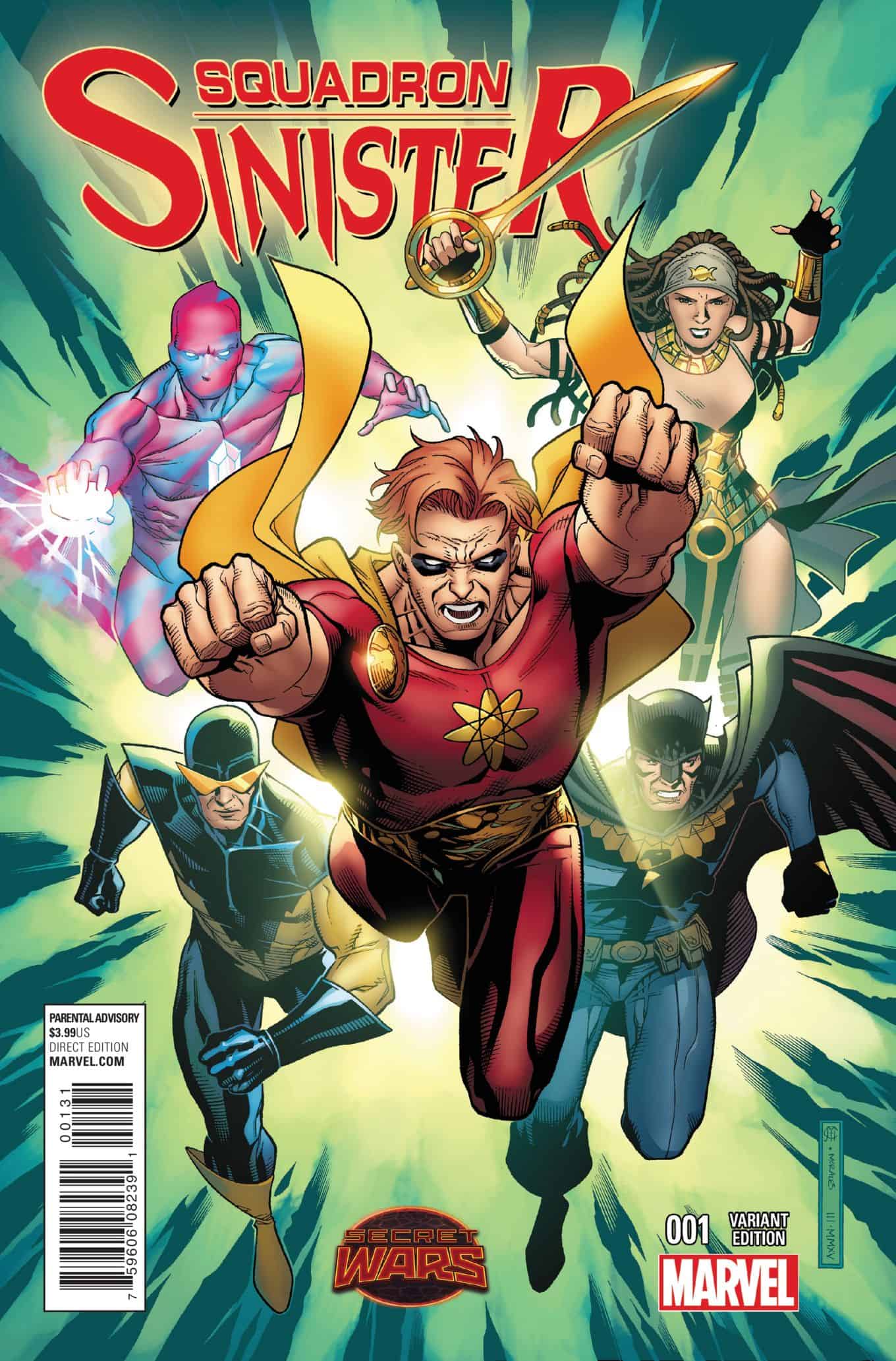 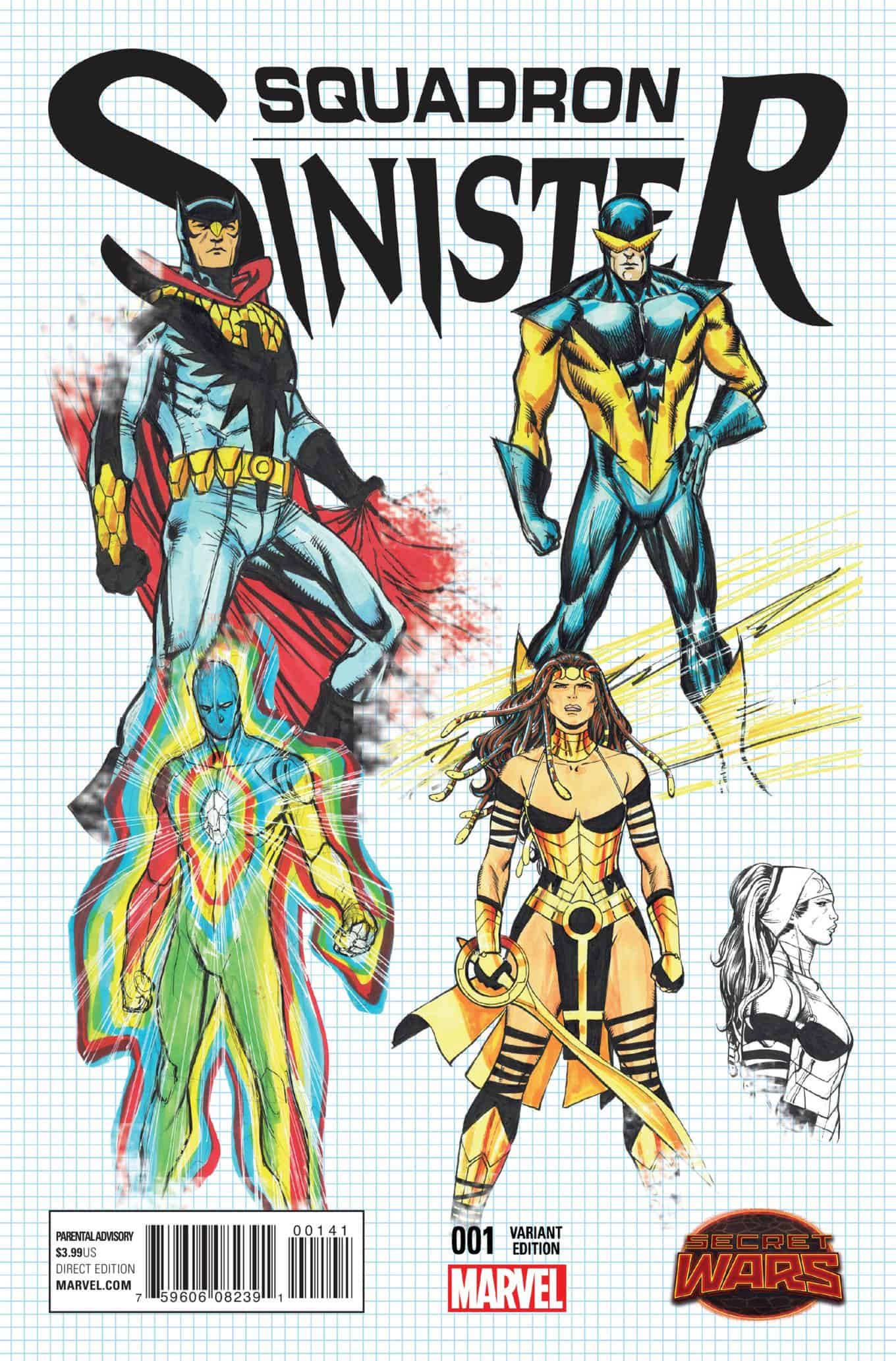 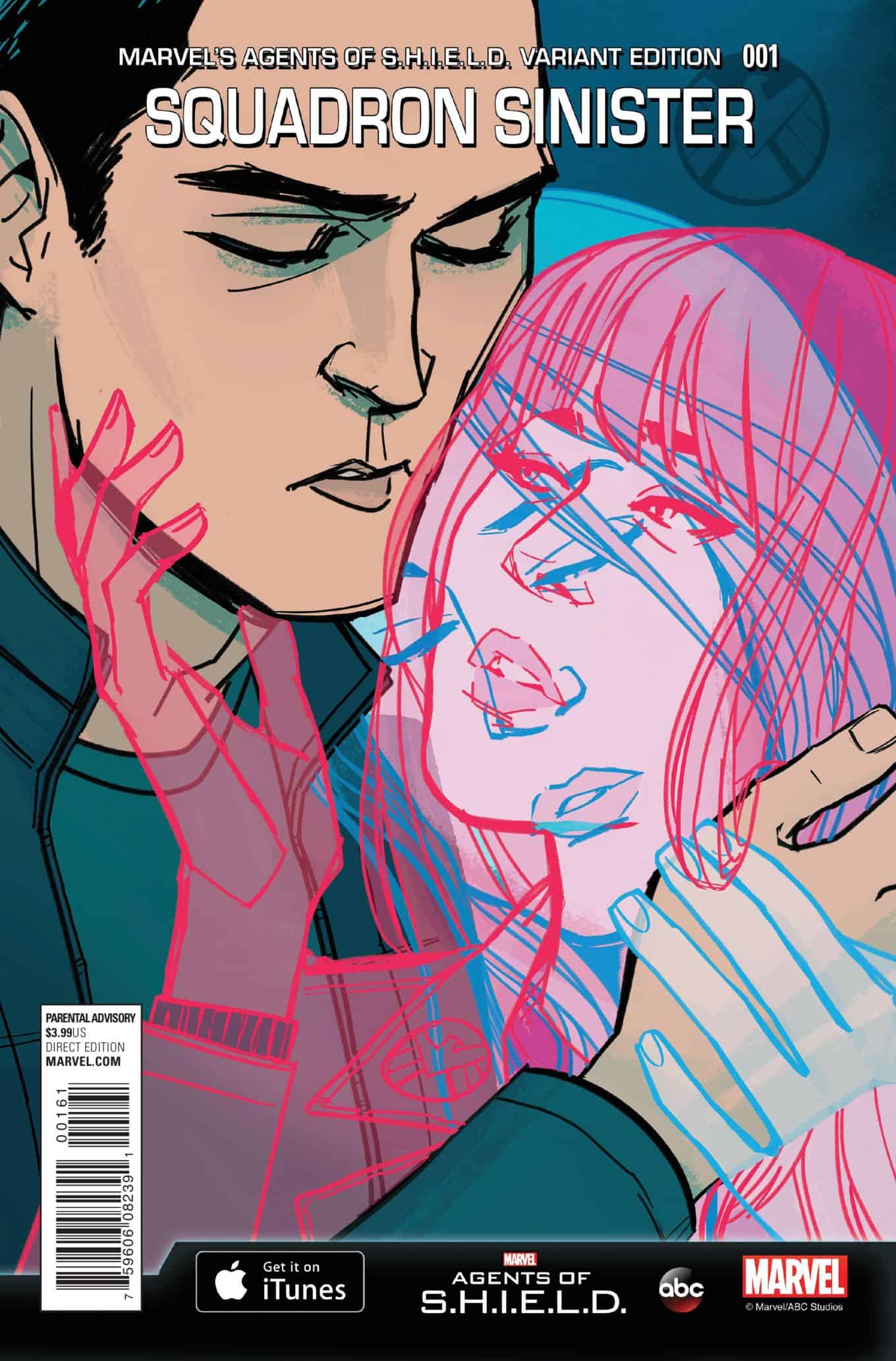 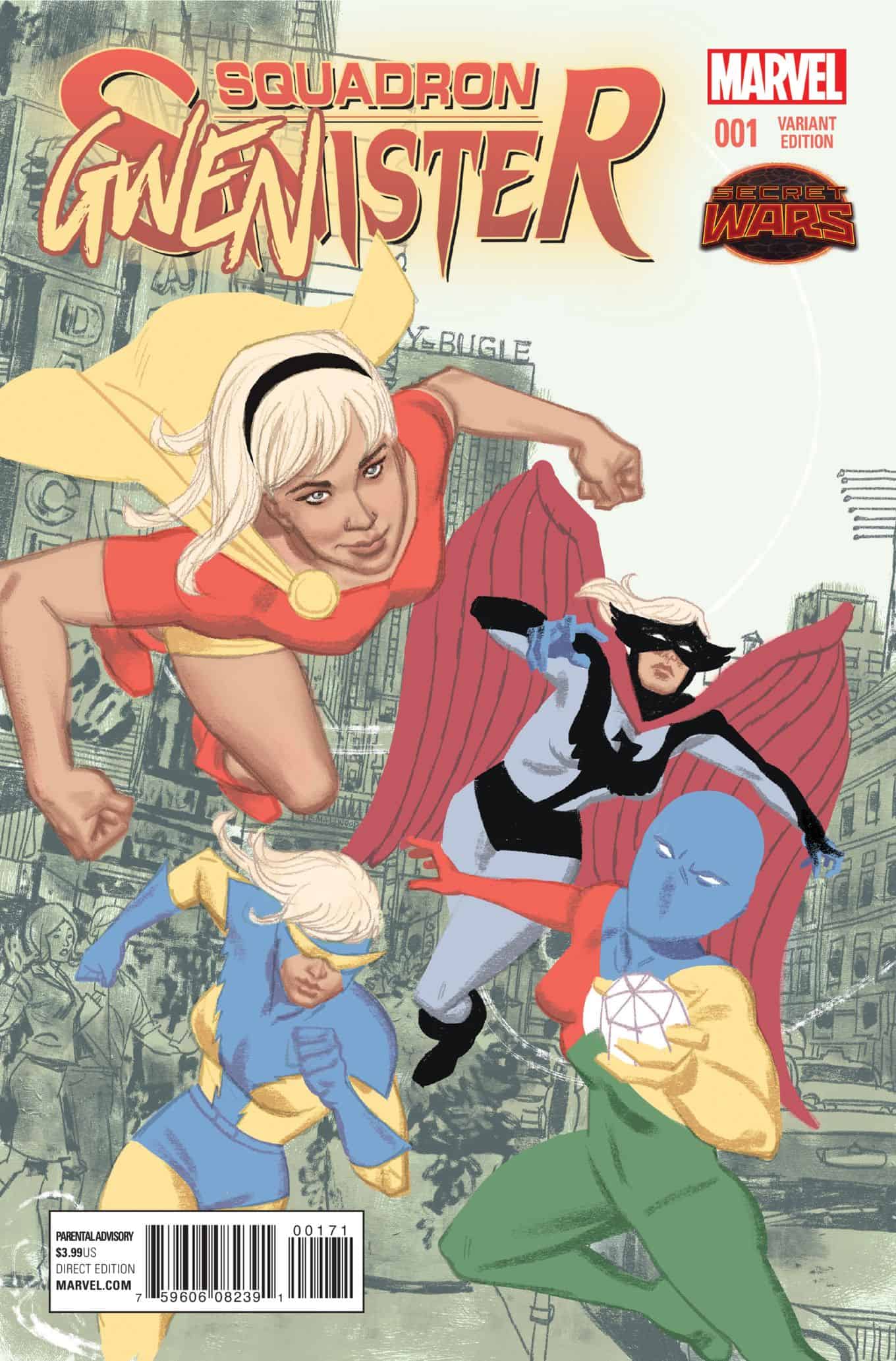 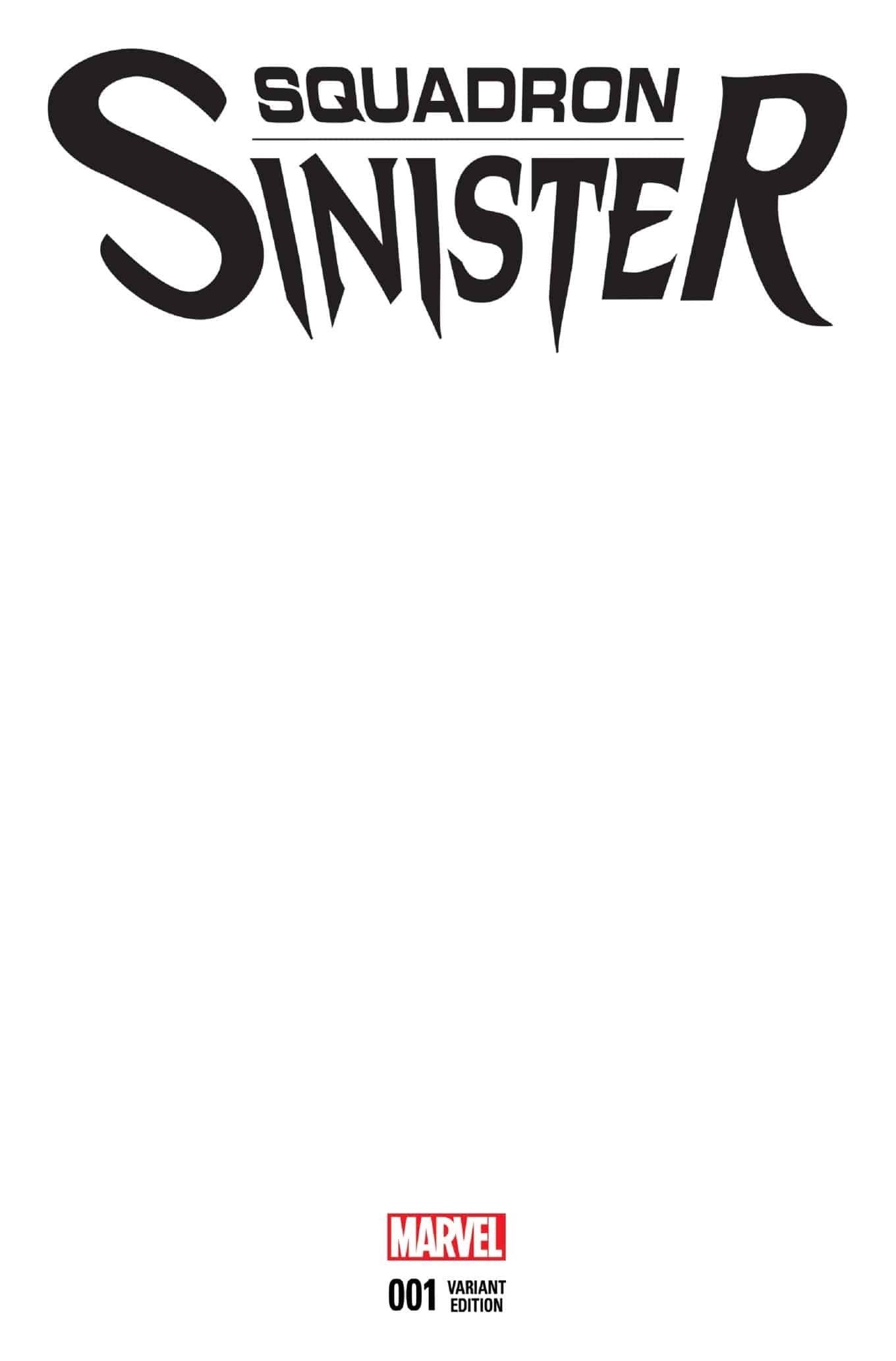 I’ve been getting some hear from Comics Nexus readers, colleagues and folks at my comic shoppe about why I’m only reading the main Secret Wars mini-series and just the Squadron Sinister tie-in (Squadron Sinister #1 hit stands this week).

Well, there are a few reasons for that. The first is that Marvel has way too many tie-in series for Secret Wars. While I applaud their efforts at diversity with books like Weirdworld we also have the same old same old with a book like Thors (Thors #1 is also out this week). 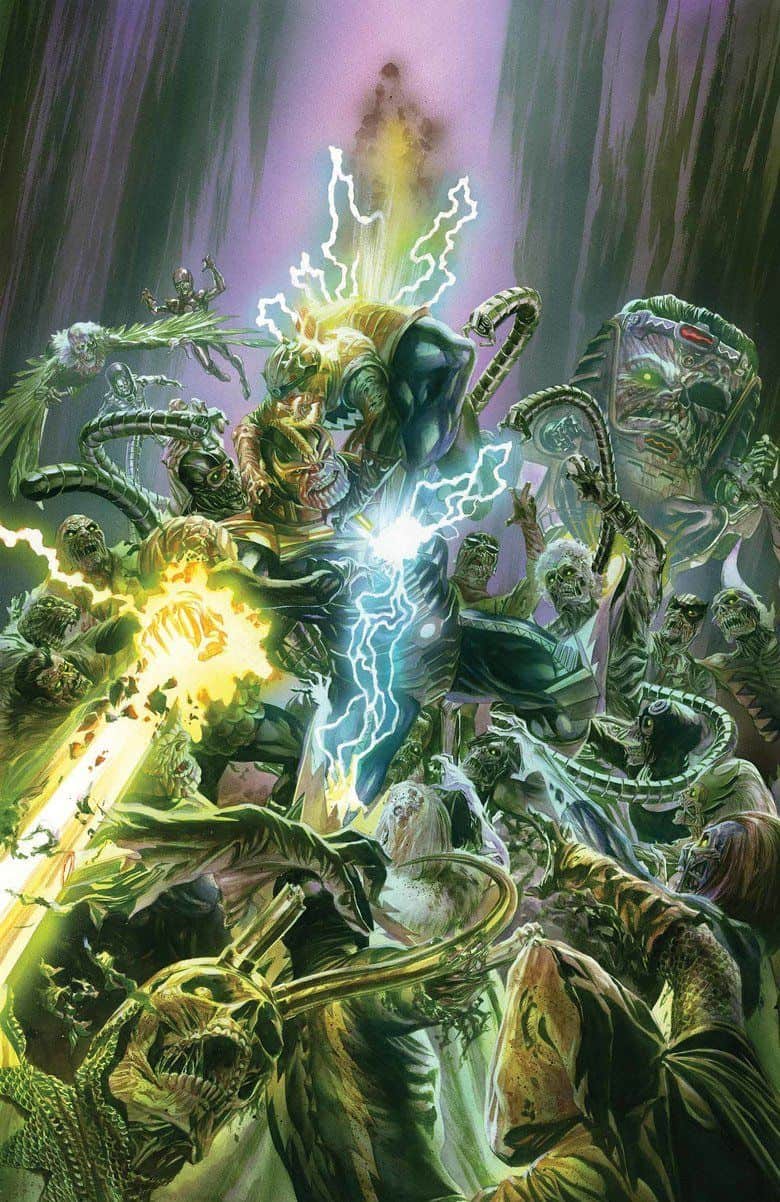 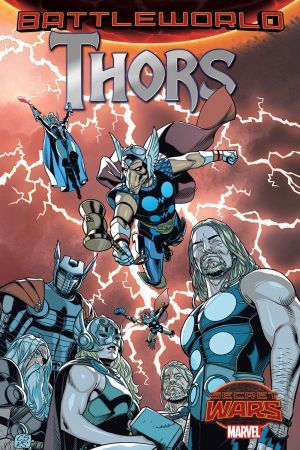 Plus, with post-Secret Wars news of the All-New All-Different Marvel Comics branding and over 60 new #1’s I feel vindicated in my choice. Particularly with Marvel Comics Editor in Chief Axel Alonso describing the post Secret Wars Marvel Universe (or multiverse) as follows:

“We are not erasing our history, or throwing away any old stories; we are building on our history. The Marvel Universe that greets readers in ‘All-New, All-Different Marvel’ is going to be the Marvel Universe that you know and love — and recognize — but it’s also going to include some new stuff — new characters, new places, new things, new artifacts of great importance — that should make it even more interesting.”

No more is that more clear when I look at the teaser ad announcing Secret Wars’ Secret Sinister mini-series and one of Marvel’s two teaser ads for All-New All-Different Marvel: 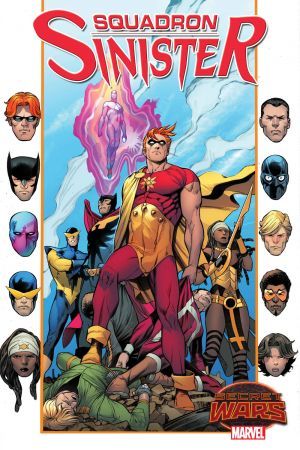 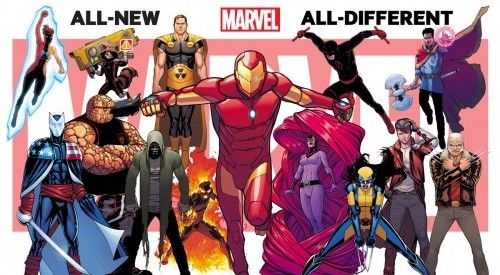 Notice anything? Well how about the gray costumed Hyperion (Superman or Ultraman analogue) on the upper left part of the All-New All-Different Ad against the orange costumed ginger Hyperion in the middle of the Squadron Sinister cover. They are different characters and the gray costumed Hyperion I understand has been around the pre Secret Wars Marvel universe’s New Avengers and he appears to survive Secret Wars.

Well, where does that leave the Squadron Sinister? Why should I read the Secret Wars’ take on an evil Squadron Supreme if they seemingly don’t make into the post Secret Wars Marvel Universe (or multiverse)? Well, I love the creative team of writer Marc Guggenheim who is a comic book writer of note as well as head writer on TV’s CW Arrow and legendary artist Carlos Pacheco. I’m also a fan of the Squadron Supreme, basically Marvel’s take on DC Comics’ Justice League, and this Squadron Sinister concept seems interesting; particularly if the team makes it more than Marvel’s take on DC’s Crime Syndicate evil Justice League.

So, I’ll follow my gut and pick this up knowing that it likely doesn’t “count” and carry through into the post Secret Wars All-New All-Different Marvel. Reading one tie-in mini-series that doesn’t count is different than picking up all 50 plus. Why would I outlay that much money on these books despite, to be fair, Marvel creating some interesting mini-series and one-shots by some amazing creative teams?

Now, onto my Secret Wars spoilers and review. 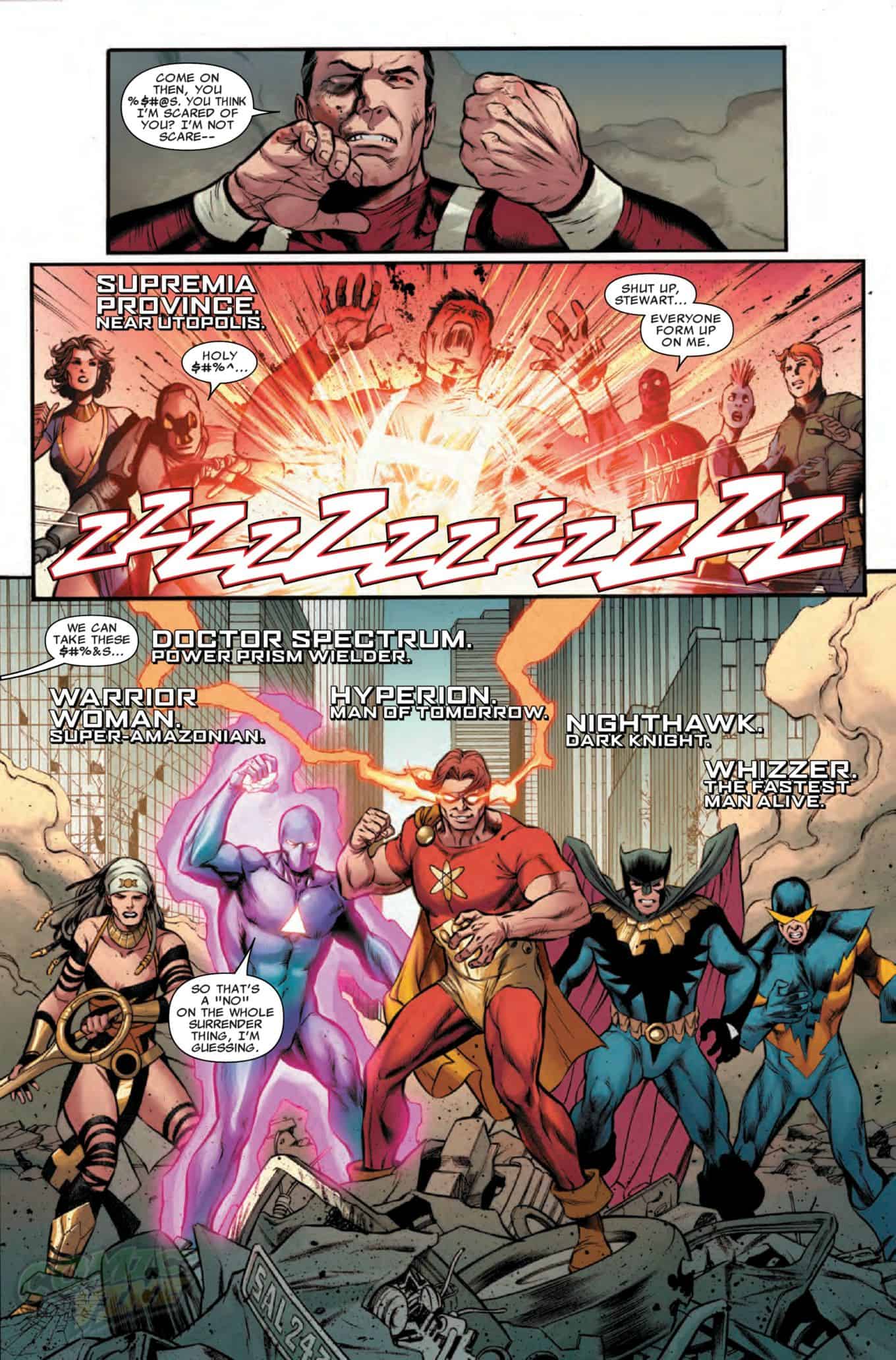 I’m not as well versed with Marvel as I am DC, but I understand that some of the Easter egg trinkets in the Squadron Sinister’s lair (below left) are likely from former members or conquests. Certainly looks like versions of the weapons, etc. of DC’s Justice League (including TV’s CW Arrow’s green quiver, arrows and bow). Interesting how the the look of the Squadron Sinister’s lair is similar to the Justice’s League Hall of Justice (below right). 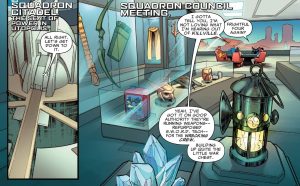 The team is hatching a plan to invade a parallel region called Shadow Province of Battleworld and steal a powerful weapon, but other mysteries abound. Like, who is under the blanket in Nighthawk’s (Batman or Owlman analogue) autopsy table. I think that’s a character tied to Squadron Supreme lore with the embedded crystal, but it’s not explained. This all happening as one of Battleworld’s Thors (the world’s cops) Iron Thor confronts Hyperion, but who gives him a pass.

During some vigorous love-making by Hyperion and Warrior Woman (Wonder Woman or Superwoman analogue) they find the corps of Iron Thor. The Squadron Sinister are being framed! From within or outside? Hyperion thinks the only way to clear themselves is to find the real murderer and deliver them to Doom who rules Battleworld.

However, the death of Iron Thor doesn’t stop the Squadron Sinister from their plans of invading Shadow Province and planning to steal the powerful Argonite weapon; I have no idea what that is. Is that something used before in Marvel lore? 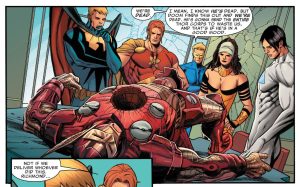 In their invasion of the Shadow Province they encounter Doctor Zero who first appears in Marvel imprint in the 1980’s who was a shadow-dweller. Needless to say, Hyperion makes short work of Doctor Zero. The Squadron Sinister is successful in all aspects of their plan and also apprehend the Argonite weapon.

The book ends with the revelation that two members of the Squadron Sinister’s big trinity are traitors for different reasons and seemingly unknown to each other: Nighthawk and Warrior Woman.

The book also gets a glimpse of next issue’s foils for the team. I assume this is the Frightful Four mentioned earlier in the issue seemingly made up of Inhumans Medusa and Karnak as well as Spider-Man villain Sandman and someone I don’t recognize.

Overall, Squadron Sinister #1 wasn’t what I expected. I wasn’t able to get a head of the story. It was a compelling read on story and art despite that the fact that it might not count post Secret Wars.