For my money, Batman and Robin is one of, if not the, best series since the New52 began. Its consistent, action-packed, tear-filled, and air-punching rollercoaster ride of plot and unforgettable character moments has had us guessing “what’s next?” since day one, and co-creator Patrick Gleason is now leading us to the next major saga in Damian Wayne’s career as he steps up to prove himself again, and it’s a knockout. Along with his trusty pal Goliath, Robin is setting out to atone for his “Year of Blood”, a series of tests given to him by Talia and Ra’s Al Ghul. From his first insult to his mission statement, Damian shows us why he’s the Robin who will go farther than any before to do what needs to be done. I don’t like to spoil issues in short reviews, so before I say too much more I’ll leave you with this: Damian Wayne as Robin was hard for many readers to swallow at first, even for me, but he’s come a long way from those first days. If all he’s gone through hasn’t proven that he’s worthy of being Robin yet, this series may be the one that does it. Enjoy.

I’ve been looking forward to this book since its announcement and it did not disappoint. J’onn J’onzz is not new to the New52 universe but this felt like a refreshing jump-on point for him and for readers who they haven’t been keeping up with Martian Manhunter. A fine introduction for readers who may not know much about the character as well, this book exemplified how alien J’onn really feels here on Earth; and when people call upon his Superman-like abilities and use his assistance to spy and study him, it’s really no wonder. Eddy Barrows art is a perfect pairing to demonstrate Manhunter’s shape-shifting abilities, from 8-feet tall lanky Mr. Biscuits to jet-sized dragon. But while he is different, he finds a charming way to connect with a neighborhood child and show us his softer side to remind us why we need more heroes like him. If you want to get more familiar with Martian Manhunter and can’t wait for the next issue to come out, check out Justice League Unlimited and DC: The New Frontier. 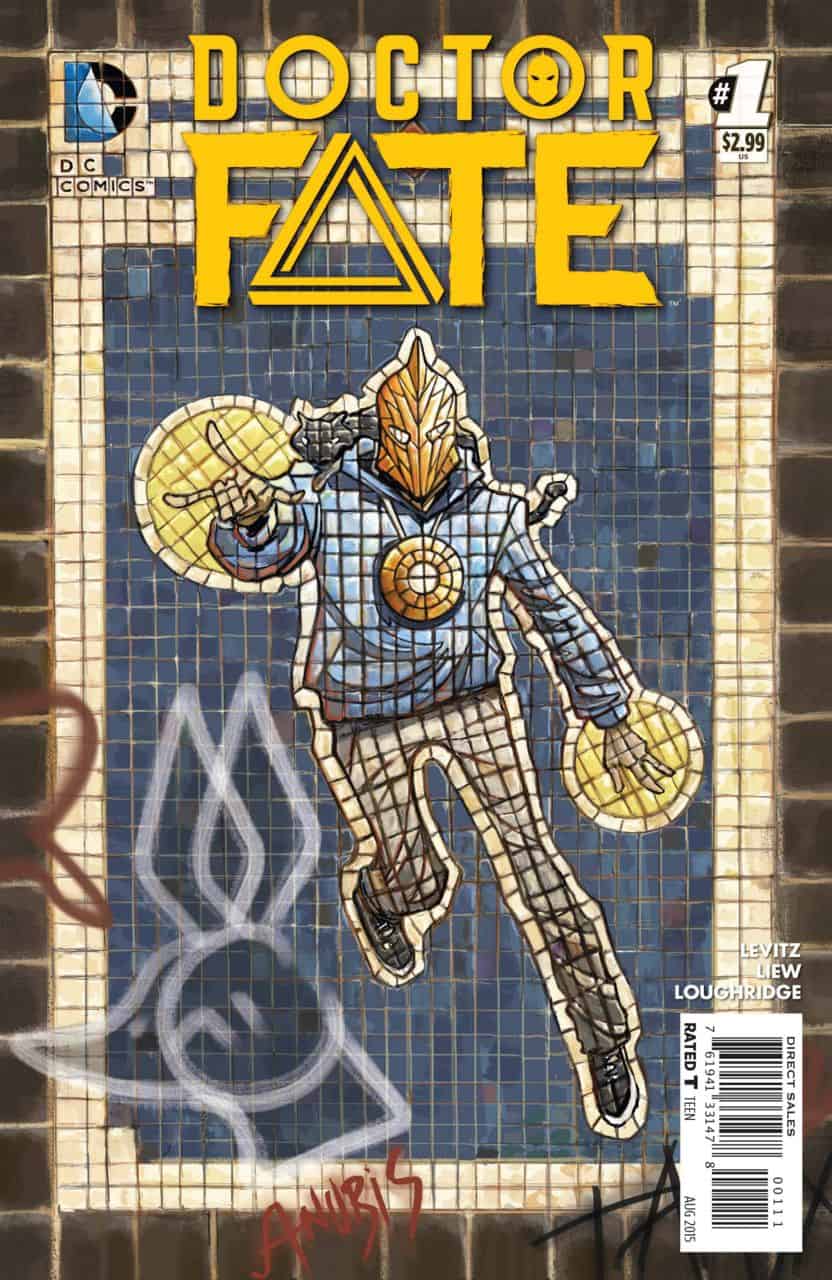 This is another title I’ve been interested in since the announcement, though it was not what I was expecting. The Helmet of Fate has been bestowed on many people over the years, and I found it apropos to be given to an Egyptian-American man, Khalid Nassour, who is chosen because he has “blood of the Pharoahs.” Though this is not an entirely new idea (an Egyptian man was also Dr. Fate in Earth-2, Khalid Ben-Hassin) it is a well thought-out modern take. This issue is another great jump-on point for readers unfamiliar with the character. The art is simple when it needs to let the plot take the lead, but when a scene needs to pop, Sonny Liew really delivers, especially with the animals and when Nassour wears the helmet for the first time. I’m very interested to see where this story goes.

Looking for more reviews? Want to chat about what comes out every week? Find me on Twitter @4ColorPhil

Phil started reading comics in 2008, and it has been his passion since. Enjoying titles ranging from Batman to Sex Criminals, Y: The Last Man to Samurai Jack, and The Wicked + The Divine to 100 Bullets, Phil will read just about anything. Have a recommendation? Looking for one? You can reach him on Twitter @4ColorPhil
More from this author