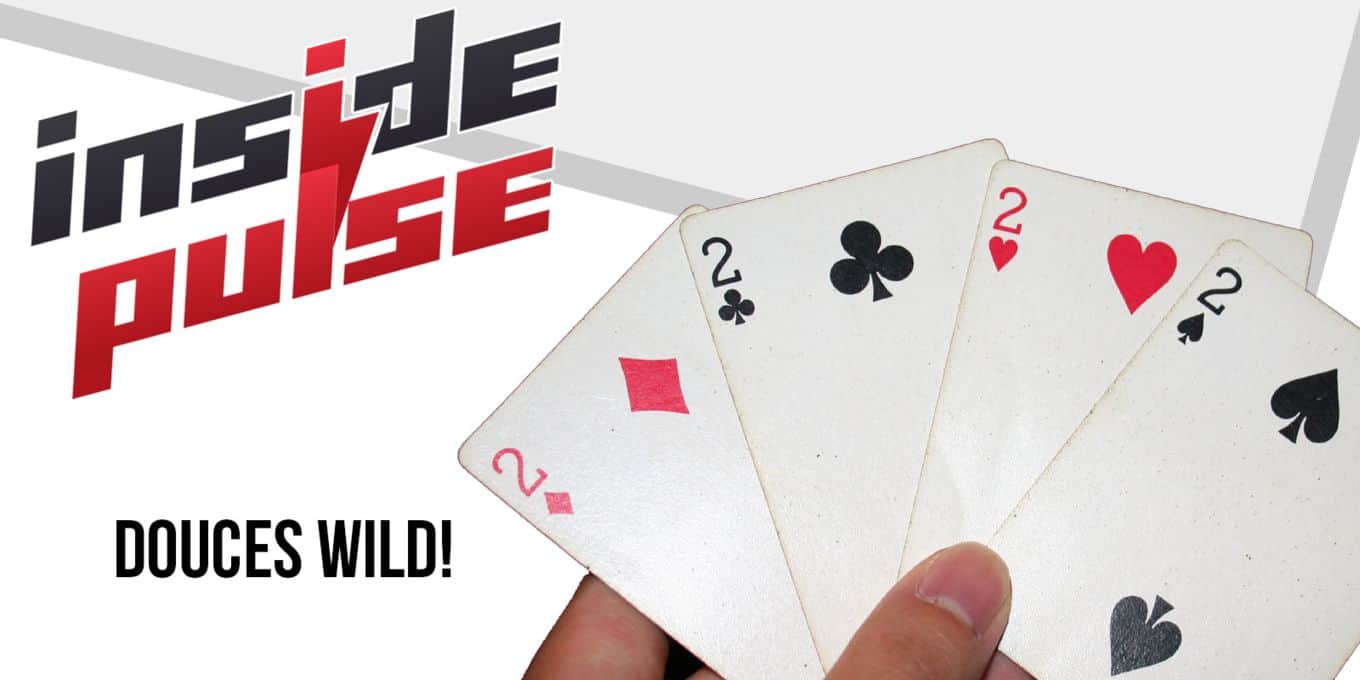 After taking a sabbatical away from writing here at Inside Pulse (sadly……another death in the family), I recently have discovered something that I did not think I would see. What that is, as it turns out, is Cesaro taking John Cena to the limit in two RAW matches over the past two weeks with this previous week’s RAW match going over 30 minutes!! Along with that, the WWE was coming off their very successful Beast In the East show that did surprisingly good numbers (considering its time slot) and right now, the WWE is kind of rolling along. A lot of change is in the air as of the past few weeks in the WWE: Kevin Owens is now a fully established superstar, Cesaro has been brought back from the dead, Finn Balor got his big moment in Japan, Neville took Chris Jericho to the limit, Rollins is set to face Brock, Ambrose is chucking along, etc. It seems like the WWE is finally appearing to answer our prayers, that they finally want to start pushing this great new talent that they have, showcase them in different varieties and play out to their strengths. While I will always be cautious about the WWE’s motives and I will not believe this will be something permanent until it actually becomes permanent, I think the WWE is on the right path thus far. 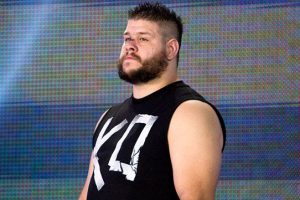 I hate to be a Negative Nancy but this mid-year run doesn’t mean anything if it’s all forgotten by the end of the year to push them out of the way to make way for the REAL stars. I know I’ve harped on this multiple times but it is something that obviously disappoints me. I’ve talked to people on message boards and everything……the response I keep getting is this: “The fans love the Attitude Era! Guys like Hogan, Austin, Rock, Taker, Cena & Orton make money for the company!! Nobody cares about these other guys!! They aren’t the stars those guys are!!” I think Vince prays on this kind of response……and it’s probably why he’s going to live to be like 200 or something. However……look at that statement! Isn’t that what’s WRONG with the company today? A lot of people legitimately see the WWE roster as nothing more than a bunch of mid-carders duking it out for 11 months until the REAL stars come back and take their rightful place! Let’s be honest here, folks, let me offer you a scenario: imagine Hogan, Warrior, Savage, Beefcake, Jake, Perfect, Rude, Bossman, Akeem, King Kong Bundy, Harley Race, Greg Valentine…….and they are STILL pushed as the top guys in the company come, say, 1998. Think about it: there’s no Austin, no Rock, no Triple H, no Kane, no Big Show (well, maybe Big Show and maybe Kane as well), Taker would be the only one still around. Here’s the funny part: those guys are mentioned were still pushed as top stars in 1998……in WCW. 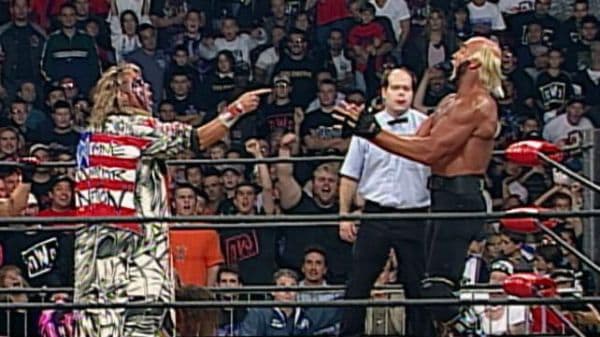 Wasn’t WCW’s main belief that they have an entire roster of mid-carders and only their REAL stars draw the money? Why guys like Guerrero, Jericho, Benoit, Rey and others toiled away in the mid-card while the real stars hung around in the main events? How I see it is that while guys like Hogan and Nash might pop a buy rate just a little bit and draw a solid gate……what about for the future? When we want to go back and watch all of these shows and see these horrible main events? I mean……are you clamoring to watch Halloween Havoc 1998 for Hogan/Warrior……or for DDP/Goldberg? And I think that’s where the WWE is at but unlike WCW, the WWE is in a far better financial state than they were (even if they constantly just leave money on the table). My biggest problem with the WWE’s booking is that they are scared…….they are scared to push these guys in fear that either A) they will begin to beat out their REAL stars in merchandise sales and in drawing money or B) these guys will bomb badly with the fans, ratings slip, everybody cancels the Network, attendance goes down, THE FREAKING WORLD COMES TO AN END!! The first answer is 100% believable: how many times have we seen interesting character development in Cena (selling an injury, having a crisis, taking on an opponent that’s better than him) only for it to get retconned shortly afterwards in fear of showing weakness?

Remember when Andre ripped Hogan’s cross from his neck? Hogan was damn near in tears when this happened and it fueled him to get revenge on Andre (even though Andre had a damn good reason for being angry but that’s here nor there)? Or, even better, when Earthquake DESTROYED Hogan in 1990, taking him out of action for weeks to set up their Summerslam match? Brock Lesnar gave Cena the BEATING OF HIS LIFE twice on PPV and Cena was just fine the very next night! I understand that Cena=ratings and fans might tune out if Cena is out for an extended period of time selling an injury but isn’t that the WWE’s fault for doing that? Hell, I blame it on this INSTANT GRATIFICATION era that we live in now……..how we have to have everything handed to us RIGHT NOW OR WE START RIOTING AND COMPLAINING!!!! Why do you think they backed out on letting Punk leave in 2011 after he won the title? It was a great angle and a great storyline……something fresh and unique……but they were worried that fans might tune out and hell, fans may have tuned out and Punk may have lost his fire if he did leave……that kind of commitment in wrestling fans is long gone and that’s sad. You can’t tell me that “well kids mostly watch these shows now!”……..kids used to watch NWA and WWF back in the 80s! Kids watched Bruno Sammartino and Bob Backlund!

I think it’s a little bit of both: that they are scared that these new guys might take the shine away from their legends and because they are worried that these guys might fail. Because, you know, these “Indy Darlings” are just concerned with ***** matches and not with character, storylines or anything like that (personal pet peeve of mine when I get into arguments with people on the subject). So far, the WWE has been doing a pretty good job with these young guys at the moment. Owens has been a BEAST so far and he’s really been getting a lot of shine from both the fans in the arena and fans watching at home (his segments are some of the highest rated over the past few weeks). Cesaro just reopened people’s eyes by going 30 minutes with Cena on RAW so something HAS to be in his future for him, right (you don’t go 30 minutes with Cena and it not lead to something down the stretch…….although they did have Dolph become a jobber after he won at Survivor Series……)? Neville’s playing that Jeff Hardy role very well……maybe he could do a little more character wise to stand out (sort of like Jeff did) but I think he has a bright future. Finn Balor might be coming up soon but he is one I’m worried about……..Balor’s mostly been a star in Japan, never really in the states……I wonder if the body paint will be enough to help him out.

What I’m saying is this: if you’re going to push the new stars, FREAKING PUSH THEM!!! If you want to have this new generation of stars come in and take over, DO IT!!! We transitioned from Rock ‘N’ Wrestling to the New Generation to the Attitude Era to Ruthless Aggression to the current era……now we need a new transition. Now, obviously, Vince is the kind of person who has NEVER been a big fan of change…..in fact, he’s mostly against it at first. Instead of fully going with Bret Hart in 1993, he went back to Hogan and that turned out to be a mistake. Instead of going with the Attitude Era stuff sooner, Vince kept pulling back on the reigns until he was forced to change. Instead of going forward with the Ruthless Aggression stuff, Vince wanted to continue to push the Attitude Era onto us and we were done with it. Now, it’s the same thing here……we need a new transition. Fans don’t want change either but that’s to be expected. There were probably some fans who did NOT like the Attitude Era while it was happening (there were a lot more people that hated the Attitude Era back in the day then you would think), just like there were some fans who hated the New Generation and hated Ruthless Aggression when they first started up. You have to be all in to do in, not half-assed. If you’re going to do it, then do it. Triple H, at the very least, is doing what he can to do it but Vince has got to be able to do it (maybe Triple H has Shawn talk to Vince……Vince always used to listen to Shawn).

We can’t live in the past forever…….it’s time to move forward. Fans are starting to cheer on these new guys and that’s a sign to give them a chance. If they fail, they fail……back to the drawing board. Not taking chances is worse than failing……you can learn from failure. Instead of having Stone Cold be the focus of the next WWE game……..which is kind of stupid, haven’t we already played most of Austin’s greatest moments so far? What else is there to play? Austin facing Savio Vega at Beware of Dog in the Strap match? Yea, it’s a great match but AUSTIN LOST!!! You’d be playing as Savio in that match. Are we reenacting Austin dropping Triple H, who’s stuck in a car, 25 feet from the air with a forklift? Are we reenacting the Scott Hall feud? Are we doing the Invasion storyline? If most of that is NOT in the game then you are just reliving the Attitude Era……AGAIN. I know, I know, it sells money…..blah, blah, blah……BUT THAT’S MY POINT!!! Learn to move forward……if you don’t then your audience will not either. The ball’s in the WWE’s court……..maybe next year, we get Kevin Owens on the cover or something and I’ll be like……. 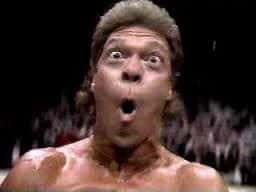 Wrestling fan for over 15 years........and I'm ok with that. Currently tinkering with wrestling reviews website.
More from this author