At San Diego Comic Con (SDCC) International’s Mysteries in Space Panel from DC Comics not many revealing tidbits or spoilers were revealed about DC You “space” books I enjoy like Sinestro, Batman Beyond and Green Lantern: Lost Army.

At SDCC 2015, Omega Men writer Tom King has these remarks per CBR: 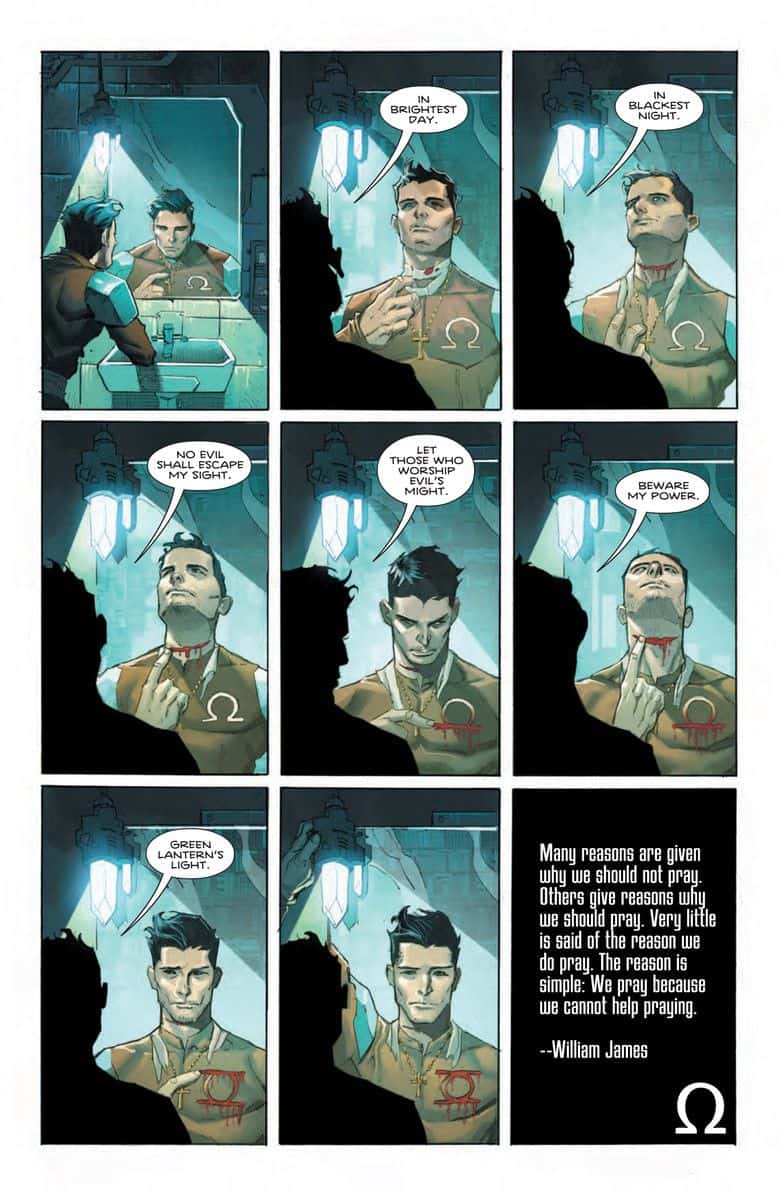 “It’s a brutal space opera, an odyssey, an epic. It’s my dedication to ’80s comics like ‘Watchmen’ and ‘Dark Knight.’ It’s your old cliche — it’s rebels versus the empire. Except they’re not normal rebels, they’ll do anything to defeat the empire. It’s my favorite thing I’ve ever written. It’s wonderful.“

On Kyle Rayner specifically he had the following to say:

“Speaking of Kyle Rayner’s much buzzed about role in “Omega Men,” King said now that he’s no longer a Lantern, he’s going to learn what being part of the Omega Men means.“

Newsarama has a different last quote from Tom King on Kyle Rayner:

“There’s a rule in the Vega System that Green Lanterns aren’t allowed inside of it, so when Kyle enters the space, he comes as a peace maker, and he has to surrender his ring to do that.“

So, Kyle Rayner’s ring is somewhere and he’ll be without it for some time. Hmmm.