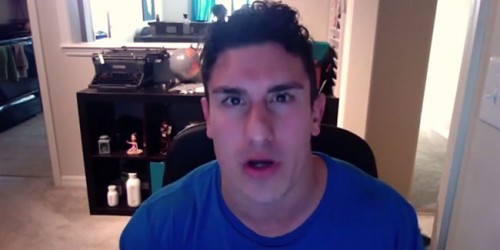 Ethan Carter III was recently on the Chad Dukes Wrestling Show, here are the highlights…

On His WWE Release and Moving to TNA
I always look at that Stone Cold mentality. Steve Austin, Stunning Steve over in WCW was always a good hand, but he just never breaks through, whether it was on him or was on to someone not seeing it in him. He kind of had a rough deal on his exit. Wasn’t he fired via FedEx or something just ridiculous like that while he was injured? Kind of a similar mindset that I had and experienced. You take that motivation, even though he was a guy that’s probably incredibly motivated as it was, much like I was, to come out there and be like, ‘you know what, the only thing left to do is shove it up their ass and show you what I can do.’

On His Character Influences
Like a Stone Cold, a Rock, a Kurt Angle, a John Cena were guys that can, they are entertaining and they can entertain you and they can make you laugh a little bit, but they’re not comedy. They’re not out there pulling a sock out of their junk, they’re not with a little Anaconda thing doing finger pokes of doom. They’re entertaining and being entertaining and endears you to the fans to either love you or love to hate you. As opposed to being, you know, our business is kind of ridiculous in a sense that when you take it uberly seriously, right off the bat, I think that it’s hard, at least from my perception, it’s hard to endear to a character when it’s too dry. I think there needs to be different levels of entertaining but to be able to be serious is also important especially when you’re in a main angle or main guy because comedy can only get you so far, where an entertaining personality who takes this business very seriously is what makes money.