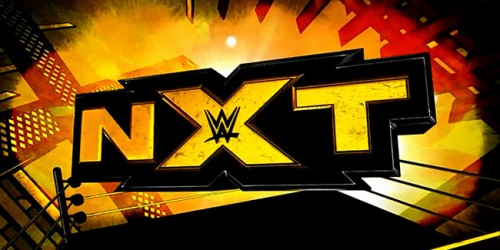 1. Lina Fanene over an enhancement wrestler. The crowd was very into Lina with “Lina’s gonna kill you” chants. She won with a jumping leg drop.

The show opened with the new NXT Champion Finn Balor coming out for a promo. He said he’s made a lot of sacrafices but they’ve all been worth it because he’s the champion. The contract signing for the title rematch with Kevin Owens was announced for later in the show . Balor said Owens has done a lot of things but beating him in Tokyo wasn’t one of them. Balor proclaimed that he will walk out of Takeover Brooklyn still NXT Champion.

3. Samoa Joe squashed Mike Rawlis. Joe got new music, though it’s not as much of an improvement as most have hoped for.

4. Bayley pinned Emma. Dana Brooke was ejected before the finish of the match.

5. The Vaudevillains over Angelo Dawkins and Sawyer Fulton.

The contract signing for the title match between Finn Balor and Kevin Owens for Takeover Brooklyn took place. Owens recapped all he had done since arriving and said that Finn beating him was a fluke. He declared that he will be the first two-time NXT Champion and take Finn out for good. Finn said he’s going to make Owens choke on his words. They both signed before Owens took cheap shots at Balor and William Regal before Balor fought back.

5. Kevin Owens pinned Martin Stone. Afterwards, he took Stone out with the apron powerbomb. Yes, the same Martin Stone they released from developmental a year or two ago. For what it’s worth, there was no mention of the U.S. Title, although with six matches on this show it could’ve easily been for the live crowd only.

6. NXT Tag Champions Blake and Murphy (w/ Alexa Bliss) over The Vaudevillains to retain the tag titles. Bliss grabbed English’s leg and Murphy rolled him up with a handful of tights. Post-match, The Vaudevillains got the better of them before holding up the tag title belts.They surrounded Bliss, but then offered to hold the ropes for her because they’re chivalrous. She just bitched them out and gave each a slap before leaving.

1. Bayley defeated Charlotte. This was a very good match which Bayey won with the Belly-to-Bayley from the top rope.

4. The Hype Bros beat The Mechanics.
5. Samoa Joe over Rhyno.

2. Baron Corbin squashed Axel Tischer. Afterwards, Corbin said that nobody can beat him. Steve Cutler ran out and got put away promptly with the End of Days. Then, Samoa Joe came out and challenged Corbin to try the same thing on him. Baron said that he had just fought two guys and Joe can wait. Corbin blindsided Joe and beat him down until Joe made a comeback and choked Corbin out. It appears as though JOe vs. Corbin will take place in Brooklyn.
3. Finn Balor over Marcus Louis. Post-match, Kevin Owens ran down to attack Finn.