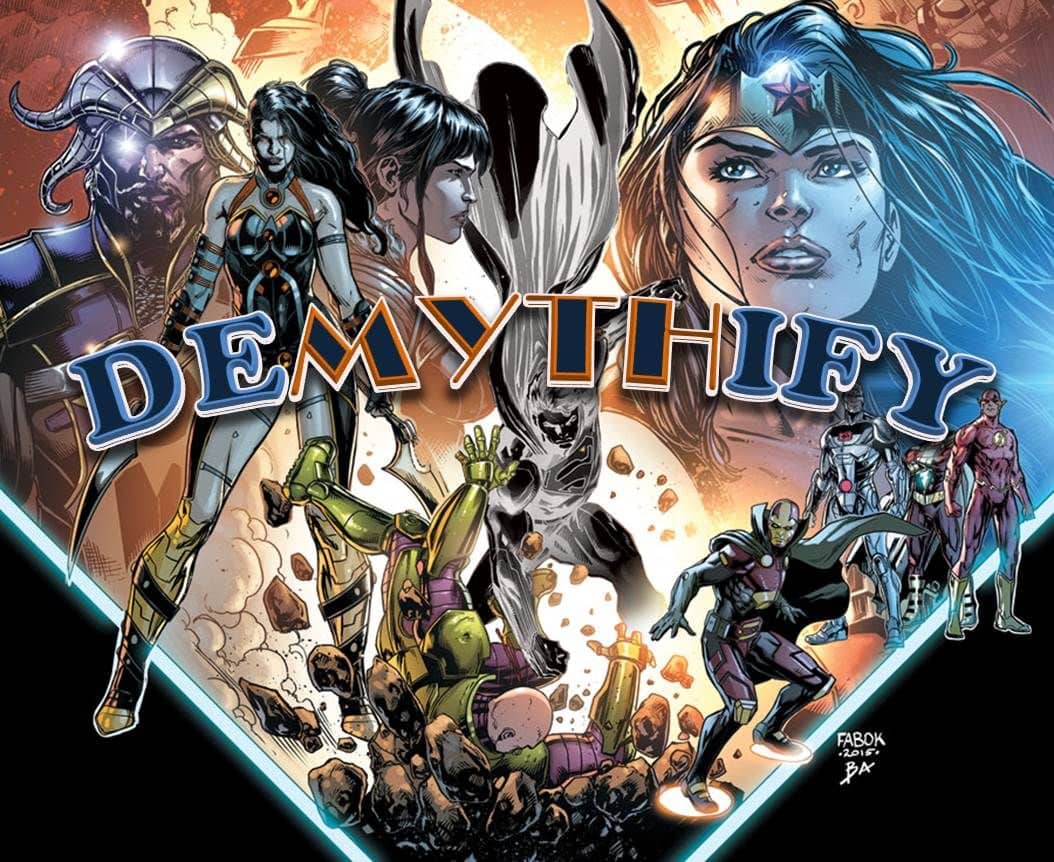 Many folks have asked me what I thought of the Convergence weekly series, its tie-ins and where that series left the DC Comics’ multiverse in its wake.

I actually enjoyed the core weekly series. It had a few hiccups, but as an overall experience I enjoyed it. Plus, at the end, it reinstated all of the previous iterations and incarnations of the DC Comics universe. So, DC can now publish stories about anything from its past and its considered canon and existing in the vast now infinite multiverse.

I didn’t read all of the tie-in Convergence titles; those I did I generally enjoyed. As an overall experience though, I found the core weekly series, Booster Gold and Speed Force as my faves.

Post-Convergence, DC Comics launched new series in June 2015 with further new series set to launch in October 2015. Below are my Top 10 DC You ongoing titles. Some of the below entries include spoilers about plots from DC Comics’ October 2015 solicitations and includes the October 2015 cover art.

So, spoilers warnings and all that.

I’ve been a pretty big fan of writer (and artist) Dan Jurgens from years. His 1980’s and more recent return to Booster Gold is some of his best along with classic runs on Superman, Thor for Marvel, Solar for Valiant and so many others. Dan Jurgens is writing Batman Beyond as a bit of a sequel to New 52: Future’s End set in the definitive future of the main DC Comics Earth 0. It features an adult Tim Drake, a former (Red) Robin of Batman’s, who replaced Terry McGinnis who many fans of the TV cartoon remember as Batman Beyond. It’s an interesting change despite my love of the TV show; plus meshing this post-apocalyptic future where the Justice League are cyborgs and part of Brother Eye’s hive mind may seem controversial, but it is compelling. Along with Jurgens is penciller Bernard Chang. I’ve been a fan of his art since his 1990’s Valiant days when he first worked on the Second Life of Doctor Mirage. His dynamic actions scenes and his really expressive facial art really add to the drama and elevate an already great story and script by Dan Jurgens. This book is a must read. 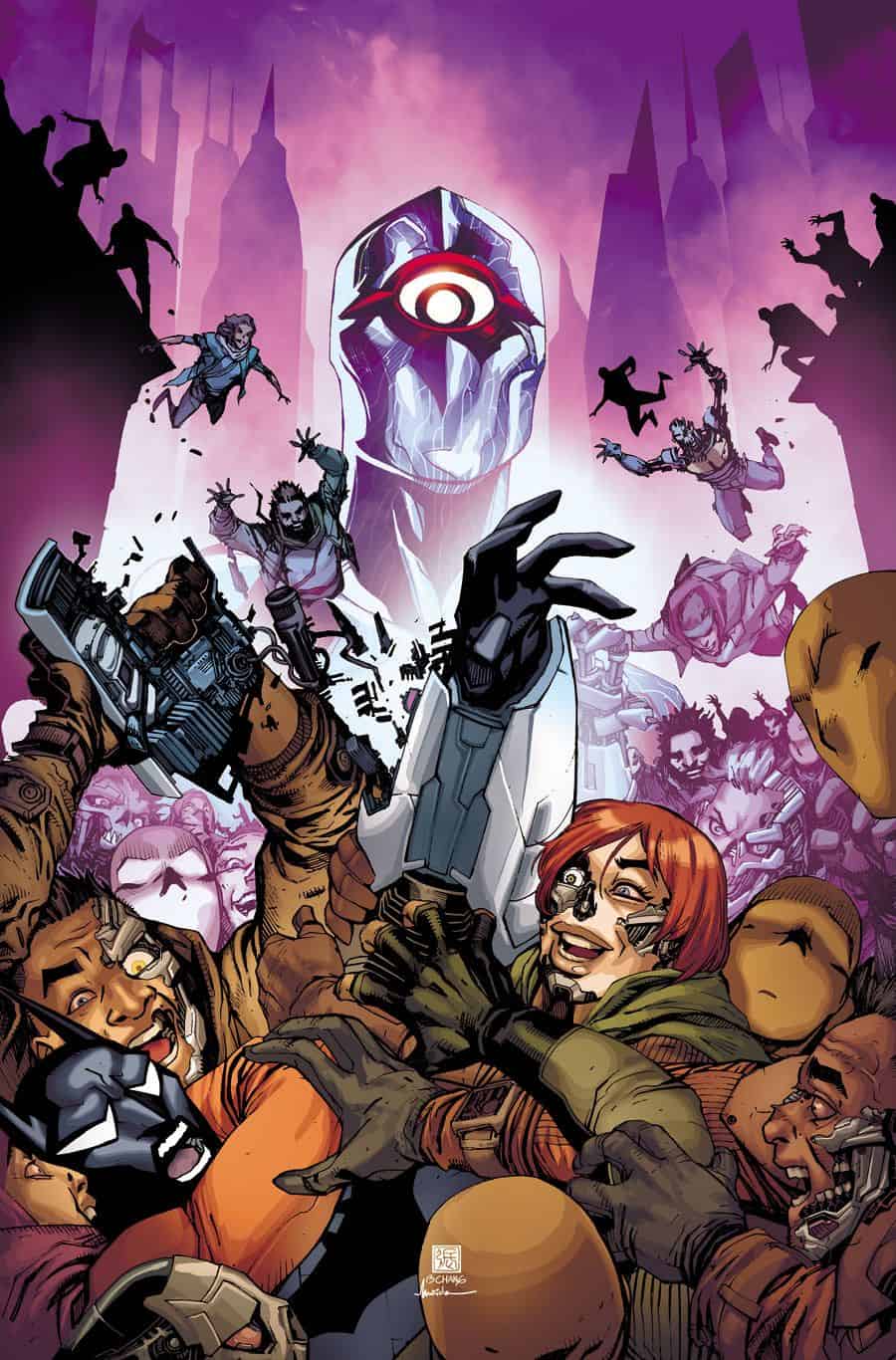 I’ve been a fan of Deathstroke since his 1980’s debut by writer Marv Wolfman and artist George Perez. His first ongoing series in the 1990’s by Wolfman and launched with artist Steve Erwin is a fave of mine. Deathstroke’s portrayal has swung between pure evil, a gray mercenary with personal code of ethics to anti-hero in his publishing life. I’ve been with Slade Wilson for all his up’s and down’s and feel that writer-artist Tony Daniel has got an interesting take on the character in his DC You series. Deathstroke is mysteriously younger, has both eyes functional, and he’s caught up in scenarios where he seems to be the underdog. The current godkiller arc has him with a powerful Olympian god forged sword up against deities. Really fun stuff. 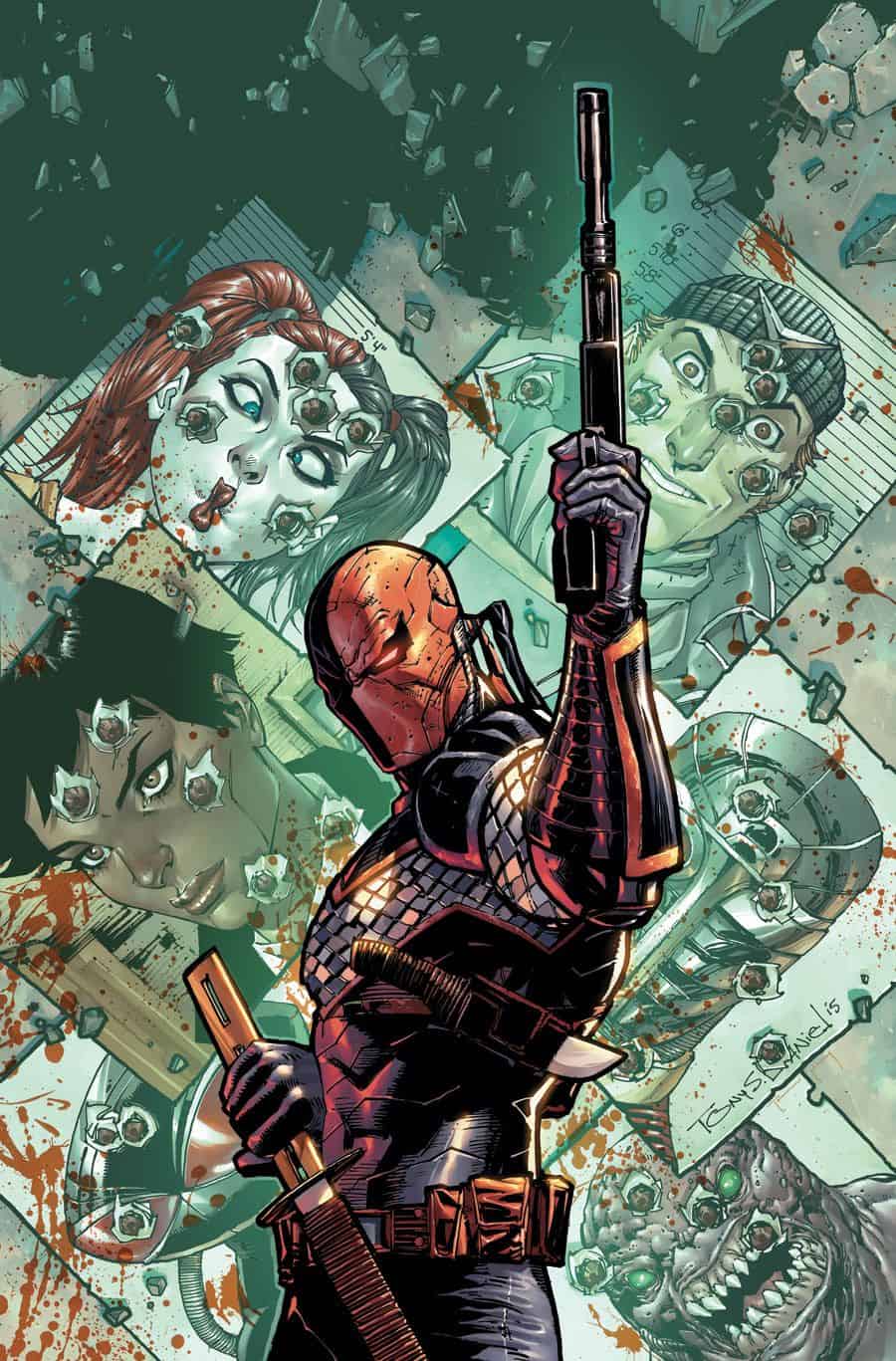 I’m also a long time fan of the Justice Society of America, the All-Star Squadron and Infinity Inc. What I liked about these characters, much like the Silver Age Teen Titans, is that readers saw these characters age in the pre-Flashpoint DCU. The JSA got old and the Teen Titans became 20-somethings in Titans allowing for the next generation of teen heroes and heroines to become the Teen Titans. A big criticism of the post-Flashpoint DC Comics’ titles, first under the New 52 banner and now DC You, is that in the reboot, relaunch, whatever you want to call it, the sense of legacy and generations has been lost. I share that concern, but DC seems to be fixing that with a new ongoing series called Titans Hunt, a soft Teen Titans reboot post-Convergence billed as the secret history of the Titans, yet I don’t think they’ll do that with the JSA. That said, while I would have hoped for the generational JSA to show up in DC You, the Earth 2 series followed now by Earth 2: Society has embraced its relatively blank canvass approach and really created a world with familiar names, but interesting new, younger takes. First under writer James Robinson and artist Nicola Scott and now under writer Daniel H. Wilson and artist Jorge Jimenez. The creative team certainly has more flexibility as this is an alternate Earth in DC’s multiverse and the creative teams have embraced that since the launch post-Flashpoint. 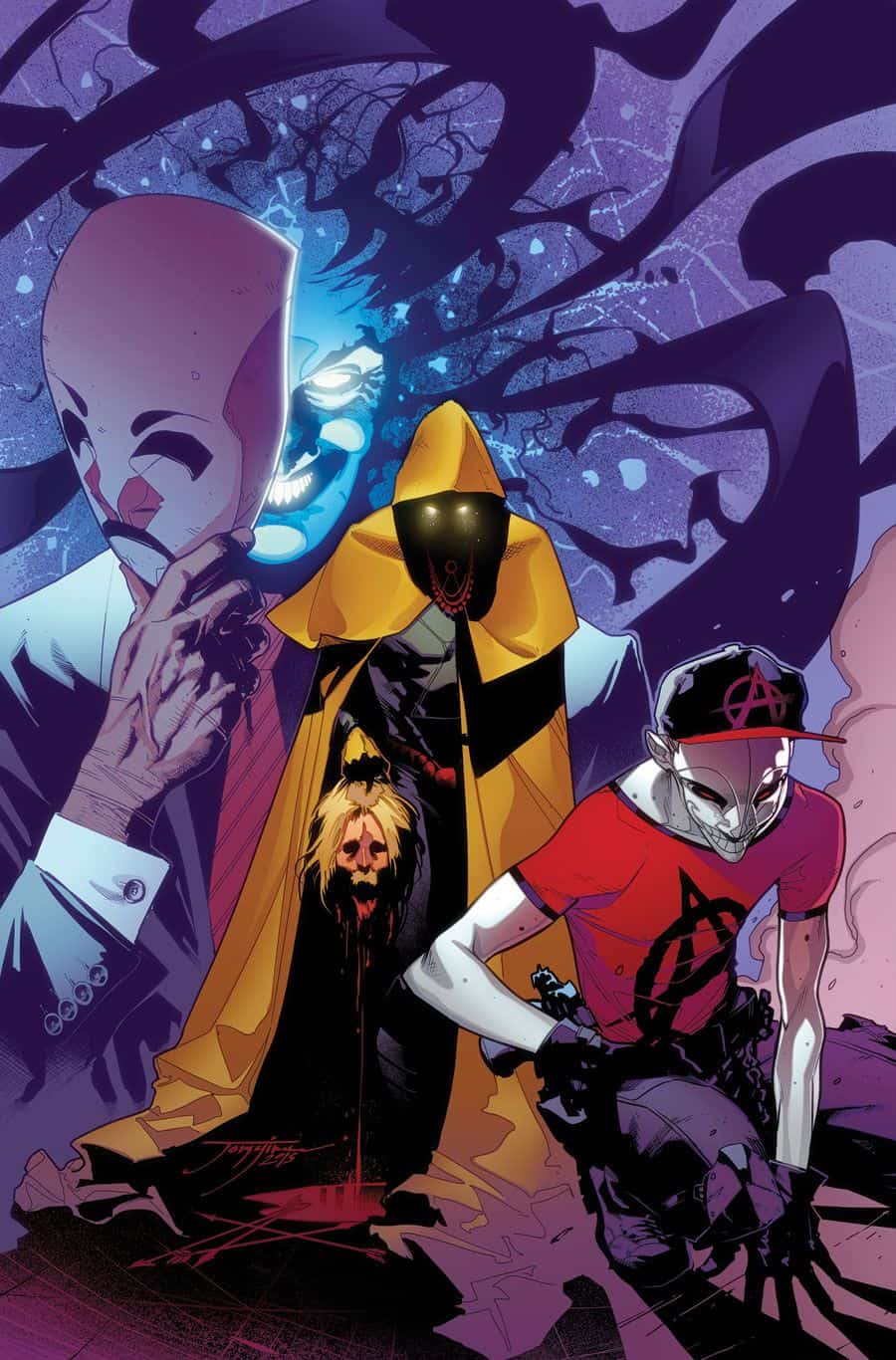 I never expected to read an ongoing series starring Barry Allen as the Flash for this long because the ginger, adult, blue collar, married with kids Wally West is my Flash. I’ve been with this new series since #1. Firstly due to the initial creative team of co-writer Brian Buccellato and co-writer / artist Francis Manapul and when the creative team changed due to the compelling story arcs; from a tormented future Flash to the return now of Zoom! Co-writers Robert Venditti and Van Jensen have crafted a compelling yarn and penciller Brett Booth (one of my faves) and inker Norm Rapmund make the story crackle with the speed force with action just leaping off the page.

Green Arrow has had its up’s and down’s with several creative teams since its launch post-Flashpoint. In that run it has slowly started to absorb elements of the formula that has made the CW TV show Arrow a huge success. The current post-Convergence series still channels Arrow, but also channels the social justice tone of the 1970’s Green Lantern / Green Arrow run of writer Dennis O’Neill and artist Neal Adams with the darker more realistic tone of writer-artist Mike Grell’s Long Bow Hunter era of the character. The current creative team includes writer Benjamin Percy with Patrick Zircher.

I did not expect to like this book, but it has Cullen Bunn writing it so I thought I’d sample it because I’m a HUGE fan of his Sinestro series. The book is shrouded in mystery about how the whole Green Lantern Corps ended up outside of its own universe or dimension or time; we have no idea where or when they are and neither do they. How they charge their batteries, eat, etc. remain big questions despite the ring-charging MacGuffin in the last issue. A young Krona, destined to betray the Guardians of the Universe and worse, alongside John Stewart, Guy Gardner (sporting a new costume and wielding BOTH a Red and Green Lantern rings) and other familiar Green Lanterns has made the first 2 issue must reads. Artist Jesus Saiz has been another under-appreciated fave of mine since he worked on the female-led Manhunter series years ago. 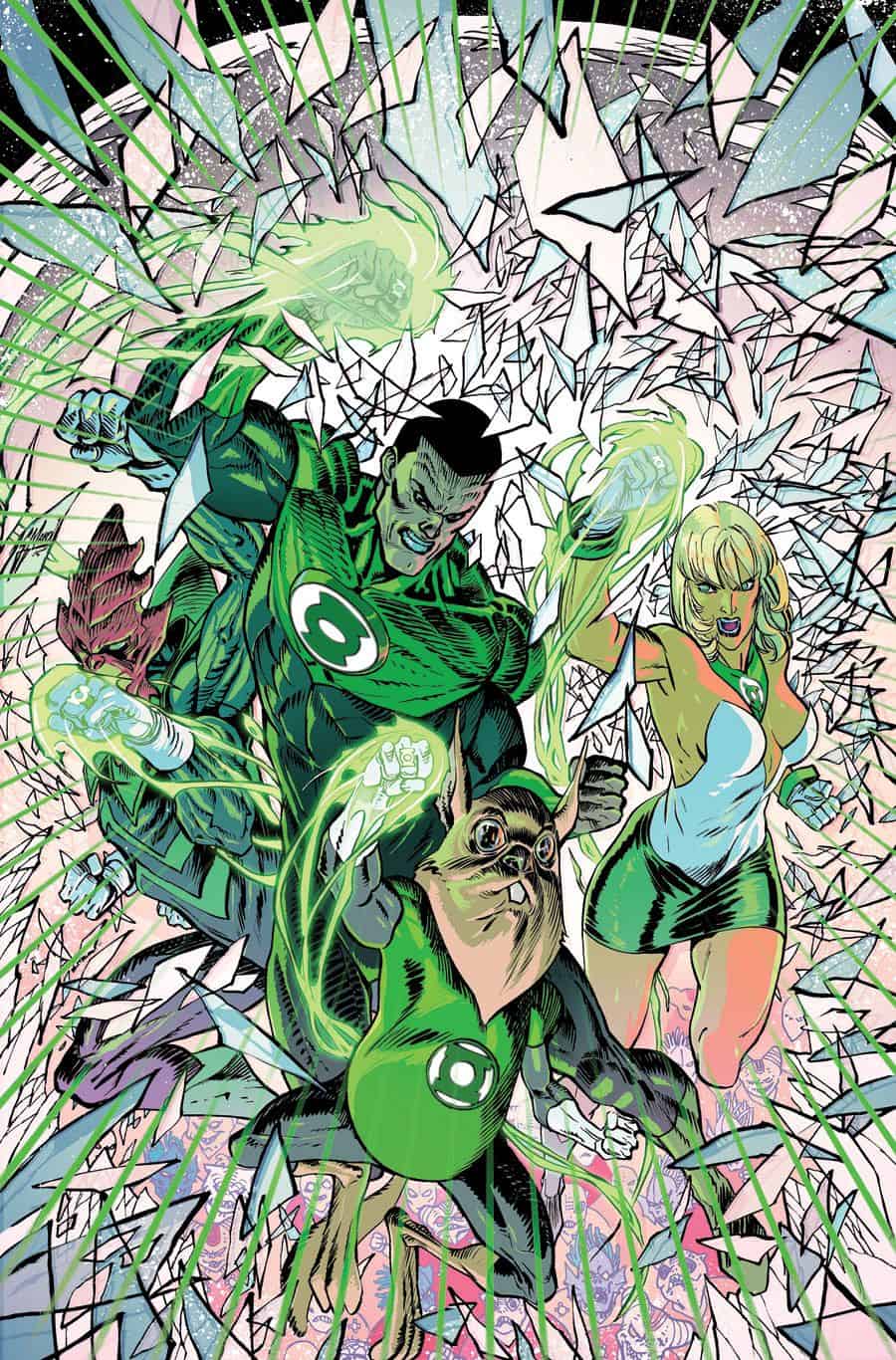 This is the only book left that DC Entertainment’s Chief Creative Officer and arguably DC Comics’s most influential writer Geoff Johns is working on. Since the launch of the current series Johns has worked with the industry’s top artists making Justice League the DC You’s flagship title as it should be. The book is currently in the midst of the long seeded and much hyped Darkseid War with artist Jason Fabok. New characters, old favorites, and interesting twists and turns have greeted readers with this arc. It is just so good on story and art. 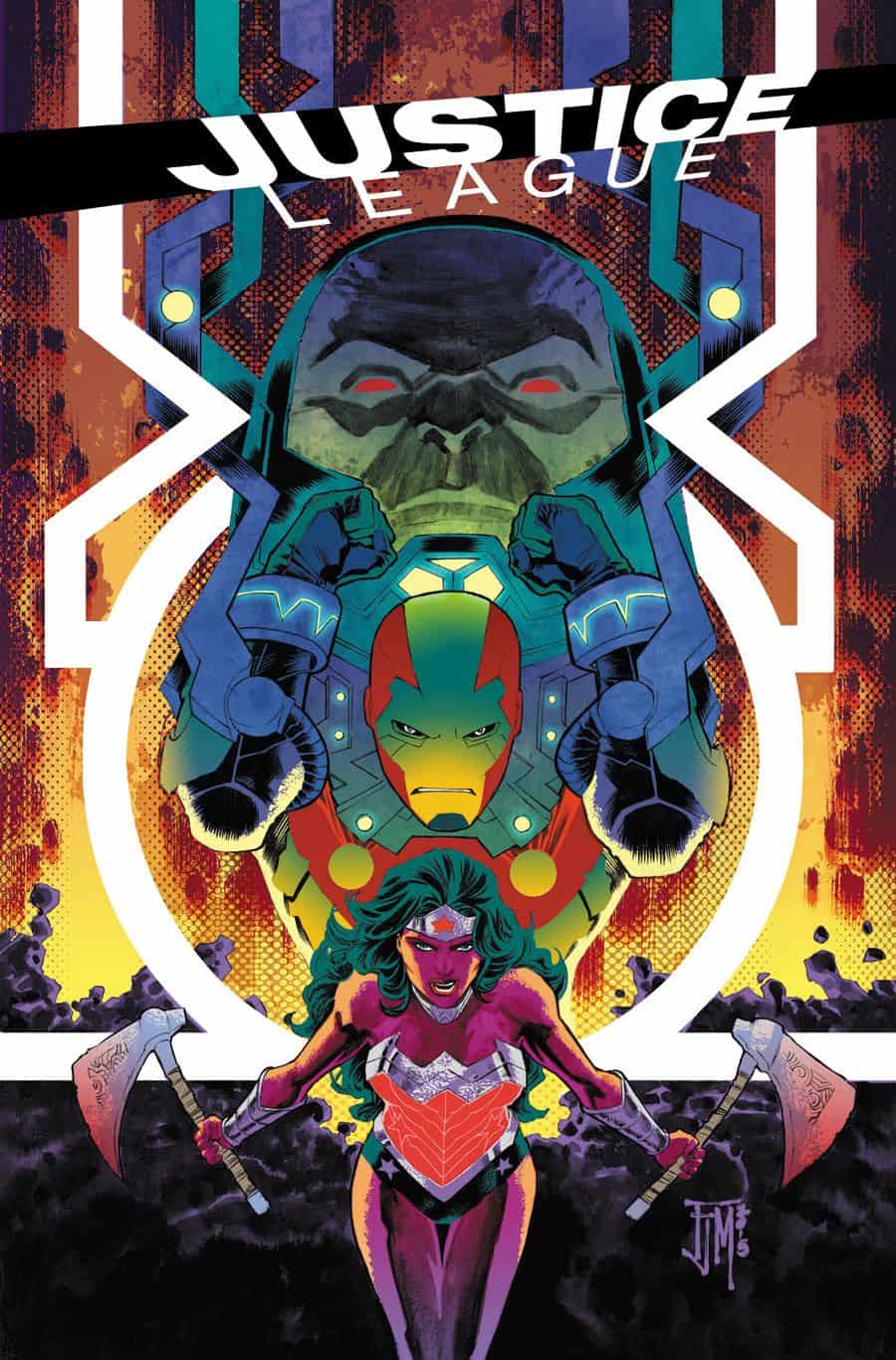 I’ve been a fan and followed the super-villains-forced-to-work-for-the-government iteration of the Suicide Squad since its inception in the 1980’s; launching in the pages of the Legends mini-series with writer plotter John Ostrander and penciller John Byrne and later in its own series written by Ostrander, penciller Luke McDonnell and inker Karl Kesel. The team originates in the Silver Age of comics with a very different team and concept. The current super-villains take is the version that DC Entertainment is bringing to theatres near you in 2016. The current comic book series is written by Sean Ryan and artist Phillipe Briones. I like the international espionage type missions the team is put on and the book just seems to now consistently evoke the spirit of John Ostrander’s initial take after a few pre and post Flashpoint creative teams that added their own flair to the Suicide Squad mythos. Certainly the HQ of the current team, appearing to be a postal hub not a prison, among other things has allowed Ryan to add some freshness to the book, but keep it true to its roots. Hopefully the revolving door of artists with this team since its first pre New 52 series is over. 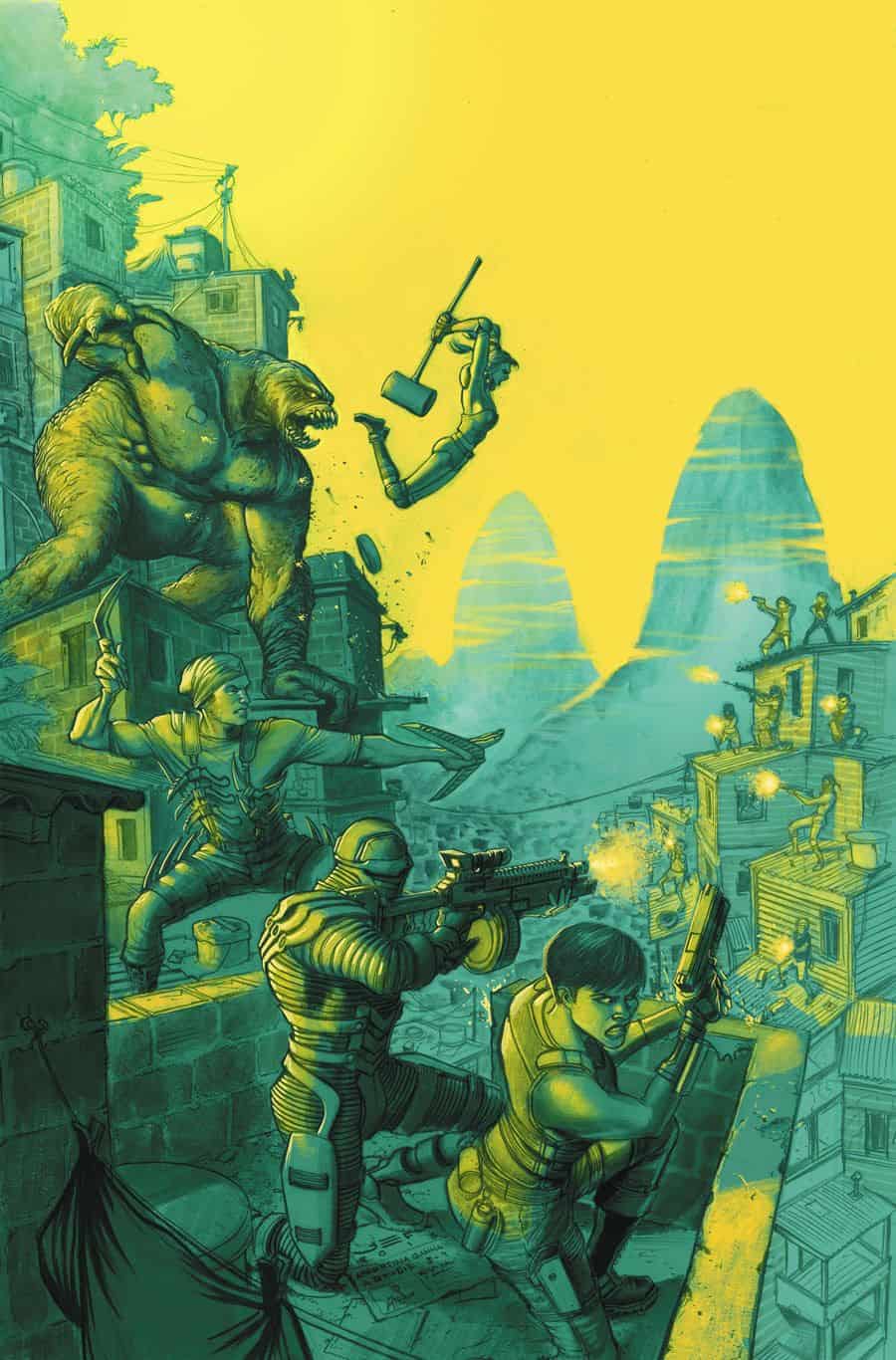 Writer Cullen Bunn has really made Thal Sinestro and the story of his Yellow Lanterns compelling. They’re not portrayed as evil per se, but with their own code. Sinestro has a particular world view, an order that would make things safe and ideal for the populace of the universe. With the Green Lantern Corps “lost” in the Green Lantern: Lost Army series (also written by Bunn), Sinestro’s Corps will look to replace the GLC as the universe’s primary police. Hmmm. I wonder how that will work out? Sinestro has also forcibly made his daughter Soranik Natu a Yellow Lantern from a Green Lantern; on one hand that has avoided her getting lost with her former GLC colleagues, but also advances the continuing father-daughter drama of the book. Artist Brad Walker was born to illustrate this book. He action sequences and strong facial expressions, particularly portraying the arrogance of Sinestro, really makes every issue of Sinestro an amazing page-turner. 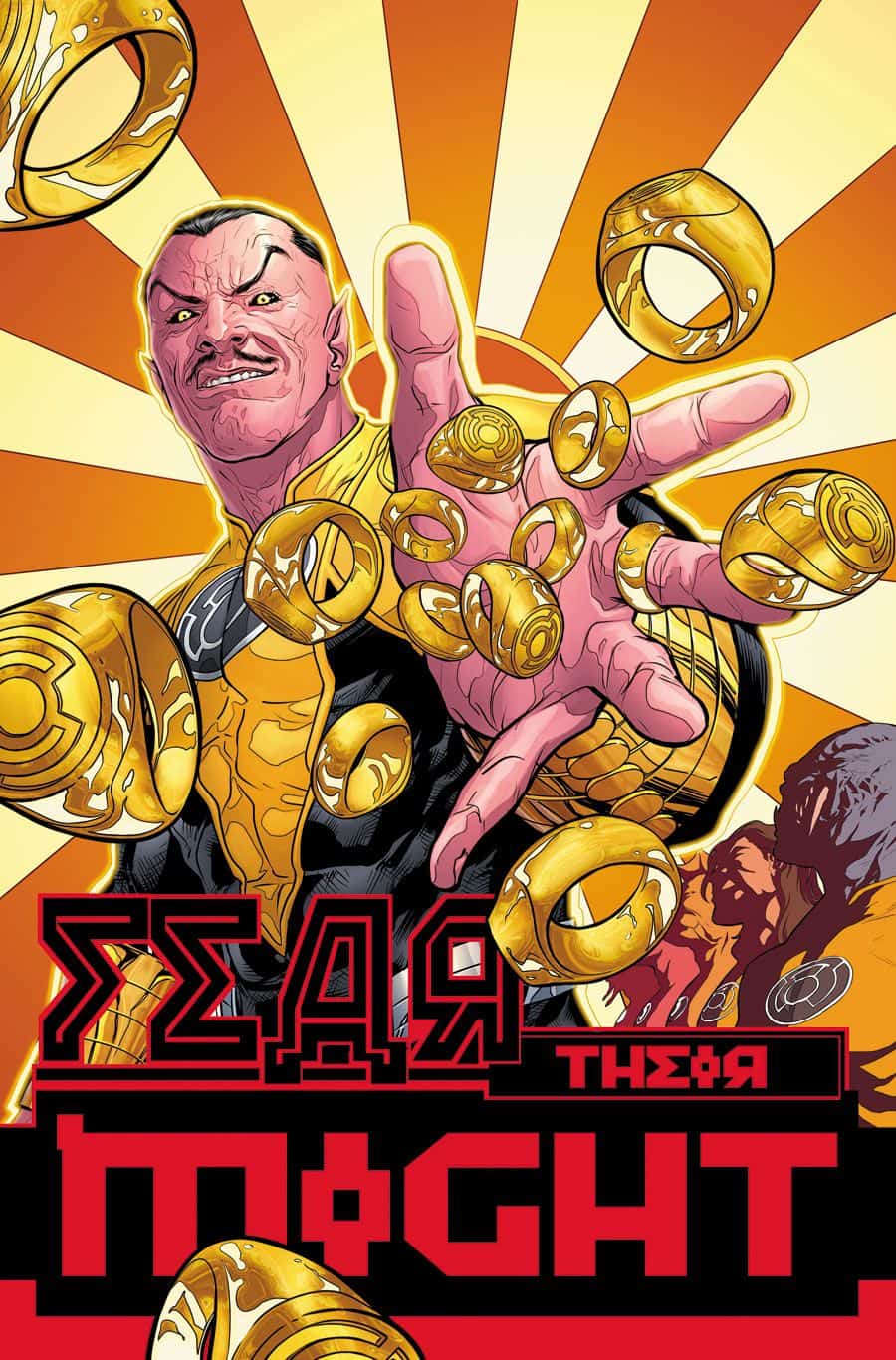 I think the opening of my review of the latest issue summarizes my feeling on this book: “I will pretty much sample anything Peter Tomasi is writing and I will certainly try any book Doug Manhke is drawing. And, when they’re together on the same book I have yet to stop reading it past the sample stage. Superman / Woman is no different and Superman / Wonder Woman #19 continues their amazing collaboration in DC Comics’ new DC You era.” Great story. Great characters. Greater art. The book sells itself. It’s amazing.

What are you fave and must-read DC You reads?

Next time, I’ll share with you my honorable mentions from DC You. Those titles that didn’t make it into my Top 10, but are on my pull list nonetheless. Following that I’ll talk my picks from Marvel Comics’ All-New All-Different Marvel, Valiant Entertainment’s top comics, Images Comics and more. I may also do a few pieces on what didn’t work for me from DC You and the All-New All-Different Marvel; so lots of material to fuel future columns. I also take column suggestions if there’s anything you’d like to me to cover.

I hope you have a great day and thanks for sharing part of it with Demythify.