The ’70s was a great time for people being scared by sweet innocent folks. The Sentinel was amazing simply because it made people fear Burgess Meredith. After laughing at his mock evil playing the Penguin on Batman, he was now scaring people with his wicked charm. The film is getting the Scream Factory treatment for it’s Blu-ray release on September 22. Numerous bonus features exploring the cult horror film accompany a 1080p transfer. Here’s the press release from Scream Factory: 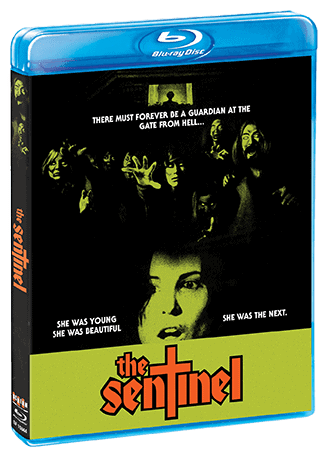 Los Angeles, CA – Scream Factory has announced the September 22 release of the 1977 horror classic The Sentinel on Blu-ray with a slate of new bonus features.

When a beautiful model, Alison Parker (Cristina Raines, Nashville, The Duellists), rents an apartment in a gloomy New York brownstone, little does she realize that an unspeakable horror awaits her behind its doors… a mysterious gateway to hell. Alison likes her eccentric new neighbors, so it comes as a shock when she’s told that, except for a strange old priest, she’s the only tenant.