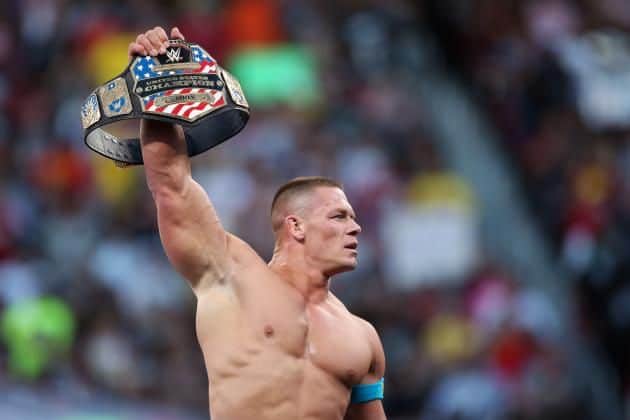 John Cena did media this week talking about his private life and a possible dream match against Steve Austin.

On if it’s odd having his private life exposed on Total Divas
It is weird. When they came to us with the concept of “Total Divas” it wasn’t so accepted around [the WWE]. Those girls who chose to put their lives are some of the bravest. I wanted nothing but success for her.

On staying loyal to WWE
There will be a time when I won’t be able to perform in the ring. I’m 38-years-old. So, if I’m not in the ring I want to be involved in some way. I love it! I watch every single match because I enjoy it. It’s been 12 or 13 years now, the audience is so exciting and electric. It keeps me coming back.

On who he’d want to face in the ring, dead or alive
Stone Cold Steve Austin because he was truly inspiration to me. Our audience wouldn’t mind seeing that. In the same breath there are some present stars that I haven’t faced off with. Hopefully, down the line I look forward to facing those new faces.

On if he’s the next Dwayne Johnson
There is only one Dwayne Johnson. What Dwayne has done is absolutely fantastic. He had a vision when he was here at WWE. He promotes like a mad man. We’ll see how I do with John Cena before I can be mentioned in the company of Dwyane Johnson.