Last week I shared what I thought were the Top 10 books DC Comics is publishing post-Convergence, post New 52 in the DC You era of their comics. While I read all those titles, I also read a few more from DC. So, this week I give you my Top 5 honorable mentions from my DC Comics / DC You pull list plus a bonus title I’m excited to see debut in October 2015.

Some of the below pull from DC Comics’ October 2015 solicitations including cover art.

As such, spoilers warnings and all that jazz.

I have unwittingly become a big fan of writer Cullen Bunn. With Sinestro being a long-time fave series of mine, and now Green Lantern: Lost Army as well, Aquaman is the third DC You penned book I’m reading from Bunn. I had dropped the series shortly after writer Geoff Johns left the book, after sampling a few issues after his departure, and just didn’t click with the new creative team. What I’ve liked about Cullen Bunn’s Aquaman is that he seems to have flipped the series on its head. Aquaman is on the run, no longer King of Atlantis, and Mera his common-law Queen is now ruler of Atlantis out to get him. We don’t know what led to this predicament, but I imagine that will be a slow burn reveal from Bunn. This change for the series very much evokes for me the old Fugitive TV premise, also made into a movie, about a wrongfully convicted doctor on the run trying to clear his name. It helps that Garth aka Tempest is making his on-panel debut as part of the team Mera has put together to find Aquaman. (Looks like Tempest will also be in the new Titans Hunt ongoing series launching in October 2015.) Artist Trevor McCarthy has been a fave of mine since his work on the Batman: Gates of Gotham mini-series. It’s a different, less pristine look to the usually cleaner, softer look to series like this. I’m enjoying this new post-Convergence take on the former King of the Seven Seas. The October 2015 issue seems to have Aquaman totally out of his element on a different planet! Now that is different.

I’ve been following the run on Batman by writer Scott Snyder and penciller Greg Capullo since the New 52’s Batman #1. Their Court of Owls arc to me was the highwater mark for the series, which was their first arc post Flashpoint. The following arcs have been fun, action-packed and haunting in ways; so they’ve been good, but none has captured my imagination like the Court of Owls did. The current arc that sees Commissioner Gordon as new Iron Man like Batman intrigues me, but I’m sticking around more for Bruce Wayne’s return and to see how the march to Batman #50 is handled by this creative team. A good series that I’ll stick with through Batman #50 at least. 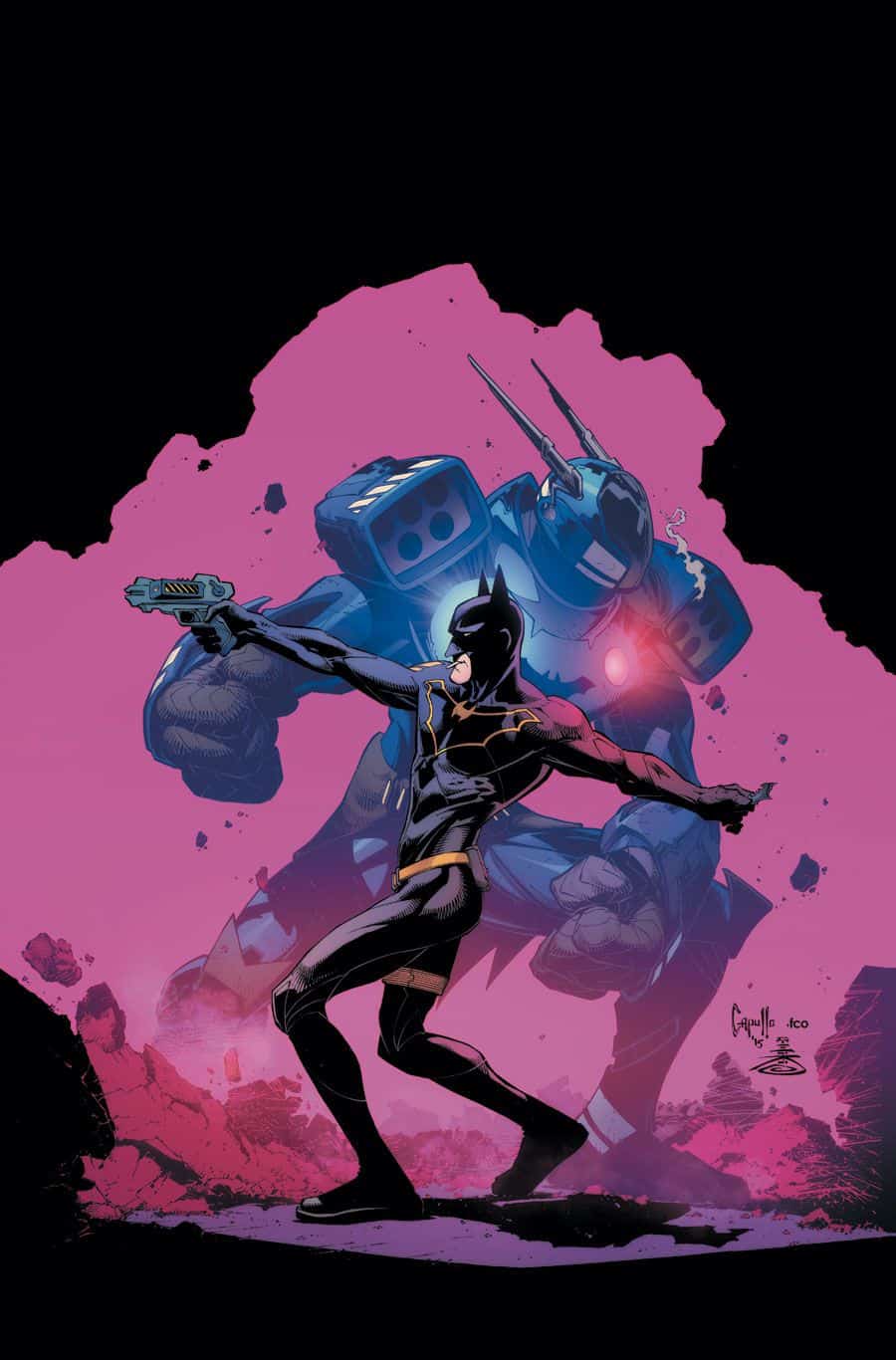 I think I’ll let my review of the most recent issue of this series speak for me: “The delays in getting to Secret Six #3 (June 2015) and #4 (July 2015) when Secret Six #1 shipped in December 2014 had the potential to derail a beloved series by its fan fave writer. Like writer John Ostrander in the 1980’s used the Silver Age “Suicide Squad” name and created a unique premise to go with a cool name, writer Gail Simone did the same thing with the Silver Age “Secret Six” in 2005. That concept remains the one in the DC You, but with half of the Secret Six being different than the last iteration pre-Flashpoint and their tormentor “Mockingbird” being someone new behind the moniker. Fortunately, it looks like the Secret Six is back on track with the second consecutive month with a new issue of DC You’s Secret Six. Secret Six #4 hit stands this week and it was a doozy…. A really fun and action-packed issue. I wish we would have only one penciller throughout the book, but Ken Lashley and Tom Derenick are both at the top of their games, so it was still a great read and visually satisfying. I think I’ll be back for Secret Six #5.” Plus the team has a former Talon, from the Court of Owls, on the team. What’s not to like? 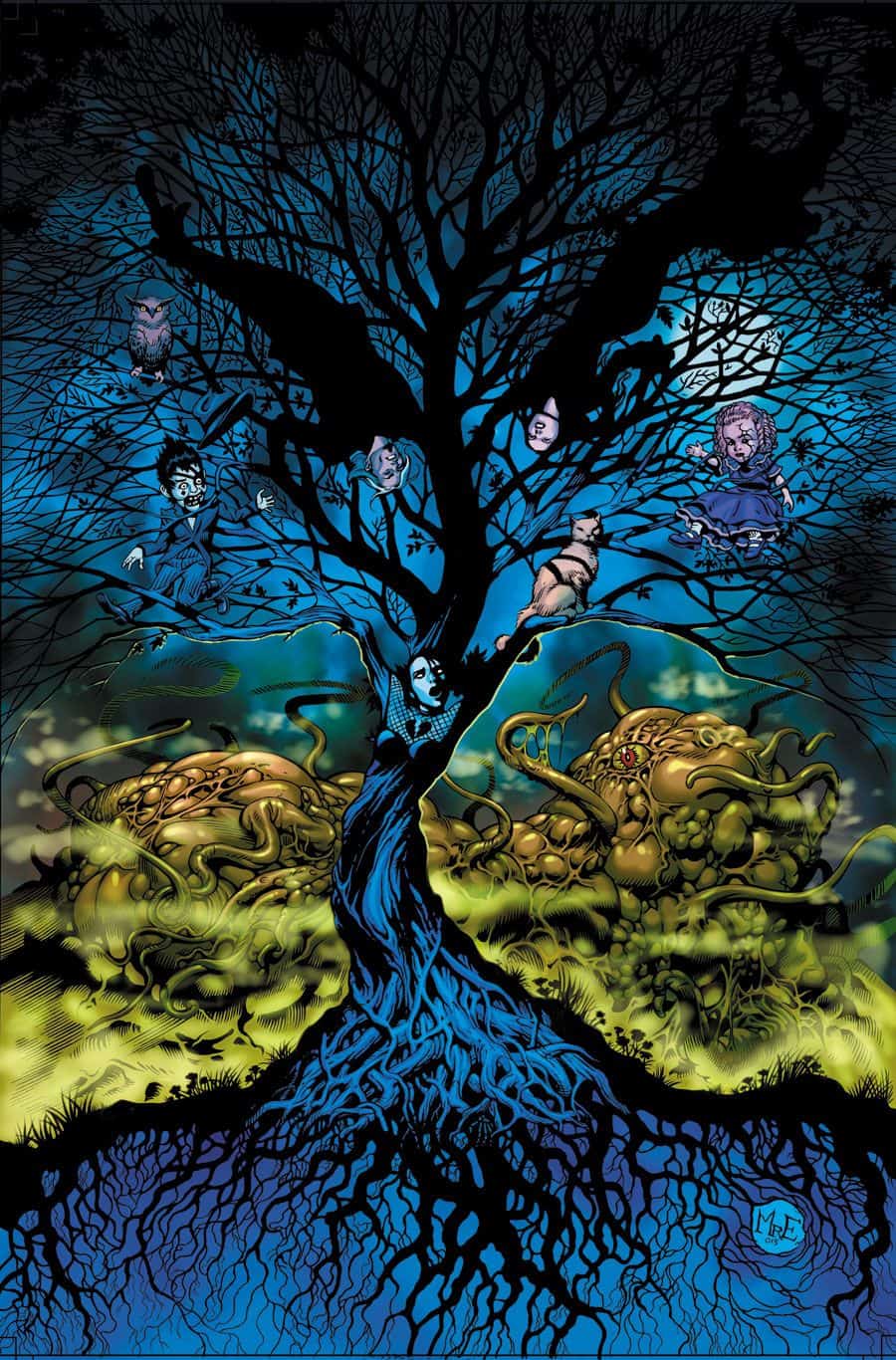 Teen Titans is on the bubble for me now that artist Kenneth Rocafort is leaving it and DC Comics for Marvel Comics’ All-New All-Different Marvel series The Ultimates. The TT team have a working relationship with STAR Labs and with Josiah Power (from the pre-Flashpoint Power Company series) and field commander of sorts Manchester Black. Interesting twists from the mind of writer Will Pfeifer. The kids rebelling against that and just being kids caught up in these big adventures remains a good hook for me, but Rocafort was a big selling point for me on the series. On the progressive side of things the team does have an African American new Power Girl and, and on top of that, still has my favorite Robin on the team in Tim Drake’s Red Robin. So, I may give this book a few issues to find its visual legs after Kenneth Rocafort’s departure.

I did not expect to stick with Wonder Woman past writer Brian Azzarello and artist Cliff Chiang’s ground-breaking run on the New 52 series. However, I was intrigued once I got wind that Donna Troy was going to play a big part in the Meredith Finch penned and David Finch pencilled series. I’ve enjoyed the first arc and am intrigued by initial villain and now anti-heroine Donna Troy. I’ll stick around to see Donna’s evolution. (It also does seem that she too will be part of the secret history of the first incarnation of the Teen Titans in a new ongoing series called Titans Hunt also debuting in October 2015.)

It hasn’t shipped yet, but I’m intrigued. DC Comics is taking the opportunity with Convergence’s fallout – reinstating an infinite multiverse and all alternate timelines of olde – to tweak or softly reboot the history of the Teen Titans in the post Flashpoint, post New 52, DC You publishing line. Titans Hunt #1 ships in October 2015 and features a mix of classic Teen Titans at its core: Dick Grayson (Robin / Nightwing / Grayson), Donna Troy (Wonder Girl / Troia) , Garth (Aqualad / Tempest), Roy Harper (Speedy / Red Arrow / Arsenal), Hank Hall and Dawn Granger (Hawk and Dove), Mal Duncan (Guardian / Herald / Vox), Gnarrk (literally a caveman) and Lillith. The core Silver Age Teen Titans, minus one, have either directly or indirectly already debuted in the New 52. You’ll note that Wally West is absent from the cover below and the names above; Wally West is now a biracial teen in the pages of The Flash. He’s no longer the ginger speedster that founded the Teen Titans in the Silver Age. Anyhow, I’m interested in what this new book will be like from writer Dan Abnett and artist Paulo Siqueira. DC Comics seems to be adding a bit of legacy to their line despite a younger Superman being the DC You’s first active super-hero. 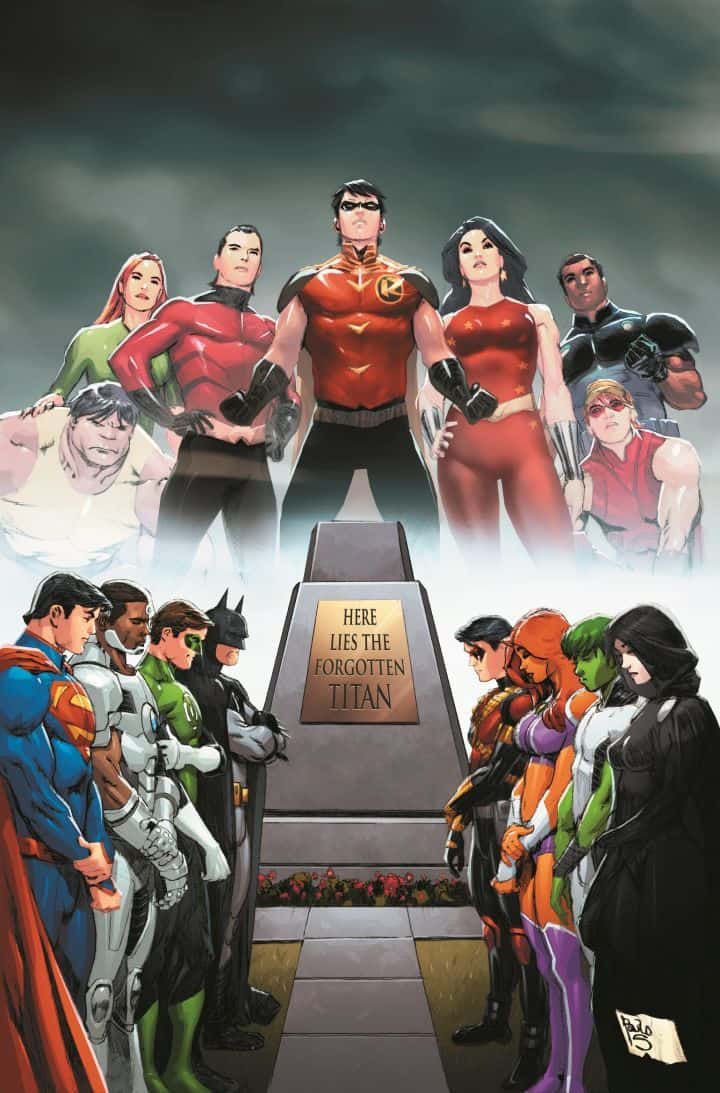 What are your fave DC You reads?

I hope you have a great day and thanks for sharing part of it with Demythify.