Nick ‘Magnus’ Aldis Speaks Out on TNA, Doug Williams, Competing in India Plus Thoughts on GFW 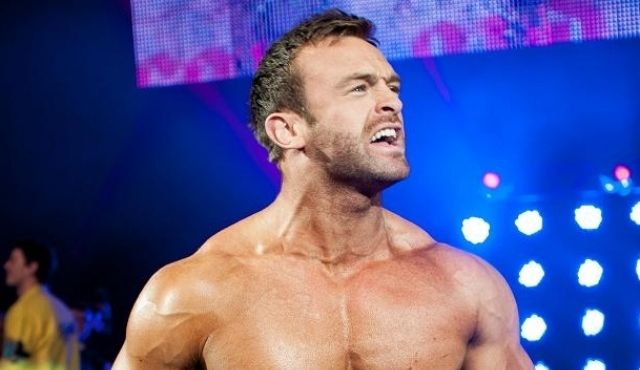 Former TNA World Heavyweight and Tag Team champion Nick Aldis recently took some time to participate in an interview with Marc Madison of The News Hub. Aldis revealed new opportunities with Global Force Wrestling, his time with the TNA promotion and his experiences competing in both India and Japan. He discusses a different perspective on life after becoming a father and what lies ahead for him. Check out highlights of the interview below and the complete interview

On working alongside Dough Williams:

Working with Doug definitely made me more comfortable. I said this many times as I’ve been asked about it, in a lot of ways it really saved me because we probably wouldn’t have lasted very long without that because I just didn’t belong there I was green and wasn’t cutting it. I knew that I needed a way to get better while still being on television and that tag team provided the perfect outlet. I think Jeff Jarrett was behind it which would make perfect sense to me because Jeff has a great philosophy and logic and he has a great eye for talent. I think it was a way to go, look we complement each other perfectly. I was very comfortable on the mic and very comfortable with the showmanship element and I wasn’t very comfortable with the mechanics in the ring because I just didn’t have the experience yet. I didn’t have the rep. Doug was obviously well known by everybody and very well respected as an in-ring technician and a mechanic. But was perhaps not considered the most exciting or dynamic character or promo guy so between us we created this great act. I think I allowed him to come out of his shell as an entertainer and he allowed me to develop as a wrestler. It was a perfect marriage…

On competing in India as part of Ring Ka King

What a great experience that was, just in terms of life experience. It was a great example of Jeff Jarrett’s ability to nurture and enhance talent. Jeff was 100% the boss and in many ways it was a precursor to what you’ll be seeing with Global because it was Jeff and Sonjay (Dutt) was working very closely with Jeff now which is the case. Sonjay is an absolute asset he is a brilliant wrestler with a brilliant mind for booking and very smart and switched on to current trends in terms of pop culture and the wrestling fans and technology and all of that nature. Jeff just assembled what he thought was a great team and what he did was assemble a group of guys because he knew what he was getting into with a lot of Indian talent who took for all intents and purposes were completely inexperienced. No experience whatsoever really. He knew he had this Indian talent that he had to utilize for the network for this show and so he assembled a team of guys that he decided were reliable, smart, able to think on their feet, bring the best out of each other and know how to make other people look good, which is what a good worker is…

On one of most notable feuds in TNA:

To me the most significant feud I had was with Joe. First we had the tag team that was just to me one of my fondest memories. It was so easy but also so good that I just put it on cruise control. We just had so much energy and so much momentum that eventually turned into a singles rivalry first with the TV title and then after things developed the way they did and then we were in the (Main Event) Mafia together. Then I won the world title and then I went back and feuded with Joe again, this time for the world title. However working with Joe as either a part of a team or as an opponent was undoubtedly the highlight of my, TNA career, the highlight of my career period.