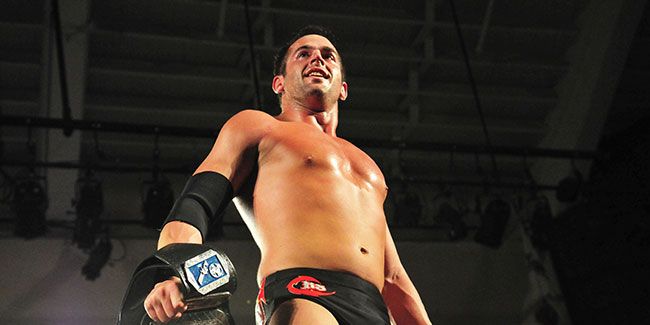 Roderick Strong, a top ROH wrestler who had been working without a contract, has signed a new deal with the company.

Here is ROH’s official release:
Ring of Honor announced Tuesday that Roderick Strong, aka Mr. ROH, has re-signed with the company. The “Triple Crown Champion” was most recently featured as a challenger for the Ring of Honor World Championship against Jay Lethal at Death Before Dishonor XIII in Baltimore. The spectacular match ended in a draw as the wrestlers battled through the 60-minutes of regulation time allotted for World Championship matches.

“I’ve set the bar really high for myself and anyone who comes after me,” Strong said. “I’ve got unfinished business in Ring of Honor and winning that ROH World Championship for a second time is of the utmost importance!”

Strong will once again find himself battling with champions as he takes on IWGP Champion “Rainmaker” Kazuchika Okada at Field of Honor in Brooklyn, NY on August 22nd.

September 30, 2015 will begin Strong’s 13th year with Ring of Honor, as he continues to exemplify Ring of Honor’s pride for having the best wrestling on the planet. More information about Roderick Strong, including upcoming appearances and featured products, can be found on http://www.rohwrestling.com.