Ladies and Gentlemen, welcome back to another addition of WHY YOU SHOULD BE READING…

As Grainbelt Jones I have returned, check out this weeks choice…..

“Dear Diary, It’s been 72 days since I killed someone.”

This week we’re taking it back to the darker side of things. During my visit back home to Minneapolis I was able to hit some shops with a hefty back stock selection, during these ventures I was able to find the first trade in Single issues of a comic I was turned on to months ago. I had started the second Volume and loved it so much, I waited until I could find volume 1 in singles before I collected the series. Now that I have the complete set I was able to dive into the story from the beginning in which it was intended to be read, taking on the journey of each predeceasing issue in order. The most inspiring thing about this project is how it came into fruition, writer Larime Taylor shares his story in resiliency, not just with getting the series published, but by drawing and lettering the comic all from the confines of a wheelchair. Its amazing this whole project started from an idea, heart and a kickstarter campaign that began a movement of a damn good series. I can’t express enough how inspiring it is, as a aspiring comic book writer to be apart of something that took so much strength to get started, and even more  resiliency to keep going. Larime is a disabled comic writer/artist due to a birth defect called Arthrogryposis forcing him to write, draw, tone, and letter the books all by mouth, using a Wacom Cintiq Tablet. Going back to heart and dedication, it’s clear he has a drive that should be admired, along with an infectious feeling of YOU CAN DO THIS. By putting in the time, and applying the dedication, you can make it, but not without tough times and assistance along the way. Mr. Taylor is very candid about how hard it is living on social security each month, and the ills that can come with living your dreams, BUT take it from him, its worth embarking on that journey and I implore all of you to aid not only yourself, but others to capture their dreams as well. After understanding his background I was also taken back by his willingness to push his courage even further by embarking on such a diverse story, the main character is a bi racial female, along with almost an entire female cast. What we need in this industry is more writer/artist willing to take the plunge in expanding and diversifying the medium, and Mr. Taylor has taken a bold step in doing so…….

A voice in the dark is led by a women, by the name of Zoey Aarons, on the outside she seems like a normal kid, but as we take a peak into her inside we find out she is far from that. The comic is narrated by herself, but tends to ride along a diary entry format, it almost seems Larime had the idea of making the diary a character of its own, or in fact allowing us to be said diary, giving us a unique experience. Its been 72 days since she’s killed to start the story, but as we move along it gets harder and harder to fight her urges. Wait…. yes I did say killed, Zoey has a darkness buried inside of her, and she is very candid about her experiences with wanting to kill those around her, we get a first hand ride into the mind of a person trying to decipher if they are a psychopath, all the while fighting the urges imbedded into their soul. The concept is just amazingly put together to be frank, and as a person who loves action but could do with out it, this really gave me content and analysis to chew on, without crazy amounts of action diverting from the phycology of the story. Right from the start we are sucked into this world of no filter, and no escape of this constant mind that is Zoey Aarons. That is one things that intrigues me so much about this character, is the way her mind races through this series, there’s not a moment where she isn’t in her own head constantly processing and breaking down information. We also see her battle her inner demons personally confronting them with conversations in the mirrors, and visually by daydreaming of murdering those around her. She always has that sense of disconnection and that shines through with how the writer paces and flows through the story.

Things get really interesting with the addition of her uncle, Ezekiel Aarons one of the top murder investigator in the country, and upon moving to her new campus she can be closer to her uncle giving her support while venturing out on her own, but that support comes with a direct threat to her personal life and experiences. Giving us a character that is too close to home was a darn good move in my opinion, and I found this only adds to the extremely dense storyline this book already processes.

“In the solitude of the sound booth, I could let her out. I could be her.”

“I’m hoping that by letting her out in a safe place, I will never want to kill again.”

Adding another twist Zoey is hell bent on finding an outlet, one that doesn’t involve killing, during her quest she applies and nails a spot on college radio giving her the opportunity to produce her own show. It is then she comes up with the idea, “Voice In The Dark”, a radio show in which callers can phone in anonymously and tell their deepest darkest secrets. It is also with this show Zoey hopes to relieve her ill’s by allowing her darker side a voice to play, with no filter. The struggle becomes are these outlets really helping her cope? Or giving her more of a platform to unleash her demons on the world around her, we see her fighting this at every turn, all the while the urge to kill weighs heavily on her psyche.

I touched on this above but its worth bringing up again, this series has massive amounts of diversity, it is truly amazing.  With a dominant female cast, bi racial women lead, and sprinkles of homosexual characters and experiences, it give us an awesome dip into the true diversity of life. I was shocked Larime even took on little nuances of things relatable to the black community, about how people can say things upon introduction about your hair, or specific features, which only serves the purpose of starting a conversation awkwardly. I can’t express enough on how rich this series is with content, and I can’t tell you to promote the comic/writer enough.

For those willing to take that journey into darkness, all the while breaking through diversity barriers, and adding the support of a talented individual with a clear story and ideal, this just might be a series for you, and any one of those examples is WHY YOU SHOULD BE READING….. 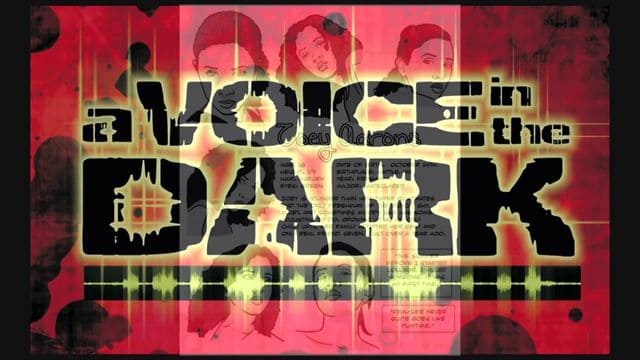