Hey Hey Everyone, back again for another installment of…WHY YOU SHOULD BE READING…

There are often times when some of us feel like we are most relevant on the outside, steadily going through life on the outer rim of society.  Constantly feeling as though we are a mere observer of mainstream culture VS conforming to the robotics of living within it. We often at times feel miss lead, miss represented, and miss understood. Dredging through life can be quite the challenge when facing all this alone, adding to what can be most miserable is the lack of support from loved ones, which can continue to add and pile on such feeling like alienation, abandonment. When combining this elixir of negativity the result can be damning. Self loathing, hatred, confusion, and misery can begin its ugly course of manifestation. One can feel as though all is lost, with little light in sight continuing the pit of self destruction. The side effects can lead to the choice of ending it all, flipping the script, the only way to re gain control, it is in that time period where some either slip into that darkness, or are liberated and pulled out by something bigger. Sometimes being pulled into a group can be that liberation, it is a comforting feeling knowing there are people who can empathize and understand what you are going through. They can also help guide you on your path of righteousness, hopefully steering you in a positive direction, all the while giving you the continued support needed to slay your hopes and dreams. It can be a liberating feeling when there’s a support system in place, but what happens when that system or group is flawed? That through out this journey of knowledge and understanding you realize you are not yourself, that the group who promised you to be free, is the very group constricting you in the end. Whats worse? Being the mindless robot, or apart of an awakened group reeking its own brand of Havoc? When is it the time to assess if ……… 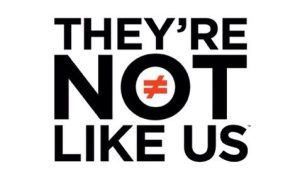 “We make the same mistakes, we share the same despair.” – Stephen Duffy

The first issue in this series starts off during Syd’s darkest hour, she is faced with the ultimate choice of ending it all. Seemingly committing to her untimely end, a choice is made and we see her let go, allowing the darkness to consume her. It is then once she awakens in the hospital our story begins. Syd was trying to kill herself do to a list of conditions she does not yet understand. Syd only knows she is faced with the none stop voices in her head, the mass paranoia, and the lack of understanding of her loved ones as proof of her condition. It it not until the appearance of the character the voice, when things start to kind of make sense.

Once helping Syd escape the clutches of the hospital he purposes himself a liberator of sorts, offering Syd the chance to explore herself along with effecting society around them. He along with Syd are telepaths, and he continues giving her insight as why she is not as crazy and people think. After garnishing our main character with information, he then introduces the rest of his crew, a unique brand of roommates. Together they have decided to use their abilities as a means to fight the systems around them, bringing about a catalyst of rebellious acts and intensions. During her stay Syd is introduced to a plethora of questionable tactics and even more questionable agenda’s. As she heals Syd absorbs the mansion she is confined in, and the interesting cast of charters around her, making sense of it all begins to be more difficult as the days go by, allowing us to question how much of a “influence” does the “Voice” have on the people sharing his inhabitants. As the issues continue you will find this is not as wholesome as the Xzavier’s School of gifted youth, the characters and their tactics are at times, just as cynical as the society that surrounds them, forcing everyone to make a choice. Venture back out into the world of miss understanding, or stay and be used as a pawn in a game of revenge and bitterness.

“Most of the time, it’s lighs out before they even turn around.”

These comics’ seemed to just fly by as I continue blowing thru the first 6 issues. I remember thinking how short they seemed, yet entertaining at the same time. The only draw back on the comics’ in my opinion are the covers.  The design is actually really cool but each cover is white, so plan on reading these and tucking them right away in their respective sleeves.  Even just having these lay about on your desk for a day or 2 can start degrading the cover art. The artwork is also a solid piece in itself, giving us a crude look into that of Syd’s life. As far as story content there is plenty to go on, filled with nice twists and crazy turns, one being each member in the house has to erase their pasts.  This includes and is not limit to terminating their birth parents and basically all their history in general.  Our cast continues as we watch them battling with how to contribute but not lose themselves in the game created by the powerful voice. As you indulge in this story you will continually ask yourself, who should have the power decide what happens if “They’re Not Like US”……….