This comes as a surprise as UFC president Dana White had said Rousey’s next title defense would be against Meisha Tate, the third match between the two. No word on why that isn’t happening but I suppose that’s a rematch we can look forward to if Ronda can put Holm away in January.

Ronda said that Holm is a different type of fighter from anyone else she’s faced so far and definitely the best striker, with striking being something Rousey has sought to improve on lately.

As you could imagine, Rousey is the favorite by a mile. 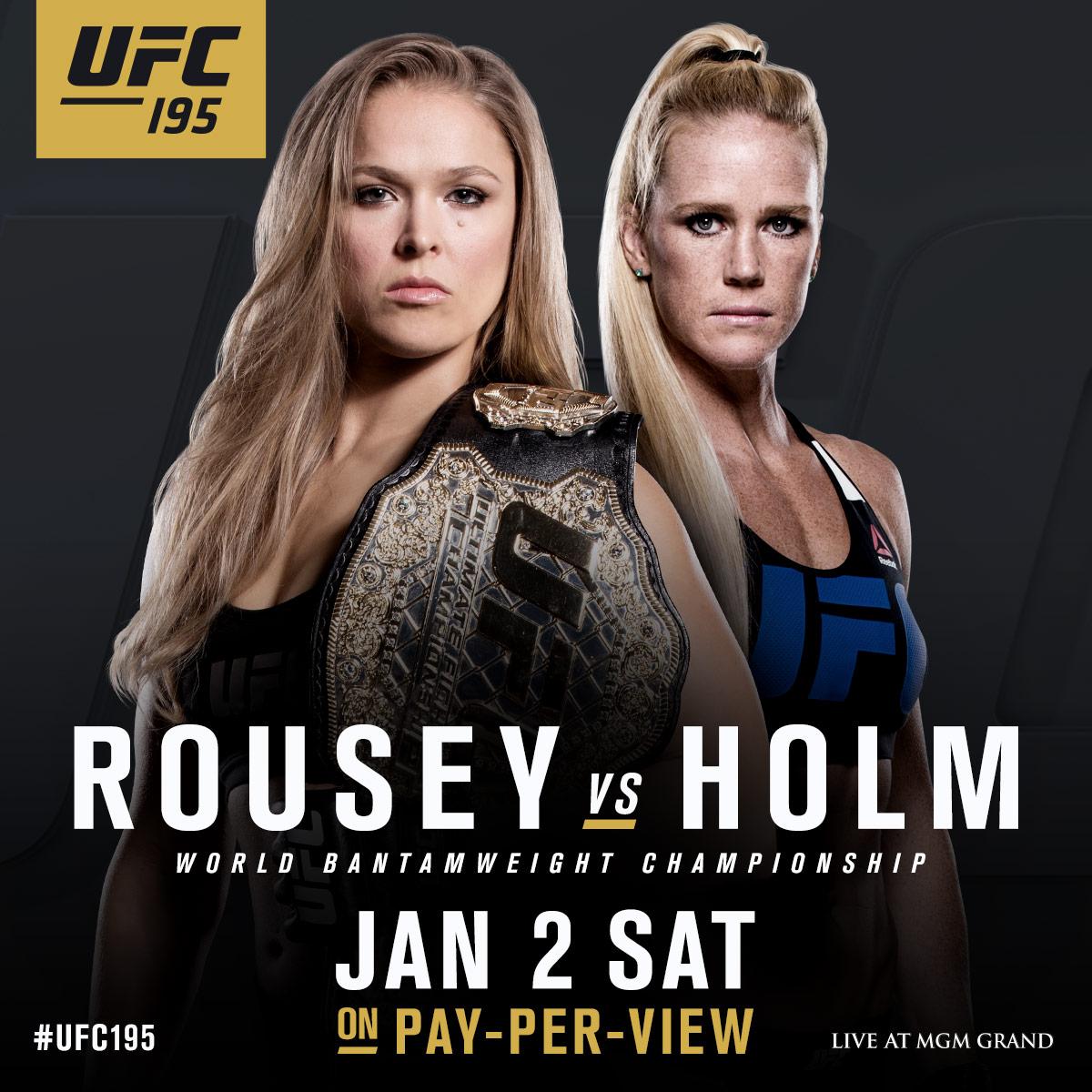