That’s the opening sentence of this book written by Larry Matysik and Brody’s wife, Barbara Goodish. The story of Frank Goodish isn’t a tragic one, it simply had a tragic ending, one that still is in the back of the minds of millions of wrestling fans all over the world. But Matysik made the position of the book very clear and was sure that stance was firm, Jose Huertas Gonzales murder Frank Goodish. There’s no “possibly,” “maybe,” or even “allegedly.” How can someone get away with that accusation without legal action taken against them? Because Gonzales actually DID murder Goodish but was acquitted in 1989 following a laughable trial in which nobody willing to speak on Goodish’s behalf was told when the trial would be taking place. I had already read a post written years ago by Dutch Mantell (current WWE fans would know him as “Zeb Colter”) which gives his account of the night of the murder as well as the trial (or lack thereof). Mantell discusses how he received two subpoenas (the first date was postponed) and received the subpoena the day after the trial already started, leading for Dutch to believe that his and all the other subpoenas were purposely sitting on somebody’s desk for over a week before they were finally sent, saving Gonzales for being convicted of murder. 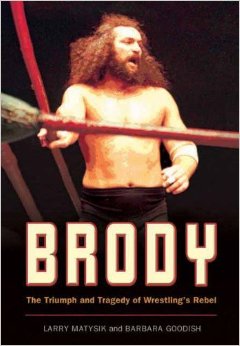 The book goes into more detail over the murder and trial, talking about how a lot of people blamed the Puerto Rican promoter Carlos Colon for the cover-up to save his investment in Gonzales. This is a theory that still is alive and well in the minds of wrestling fans, so much so that Colon was heckled by several fans at his recent WWE Hall of Fame induction ceremony in 2014 over the murder cover-up. Also, let it be known that the following night at Wrestlemania 30, the undisputed star of the show Daniel Bryan competed while wearing fur on the back of his wrestling boots, a direct homage to Bruiser Brody (confirmed by Daniel Bryan in behind the scenes interviews). A coincidence? You know better than that.

I’m glad the murder and trial gets covered in the first couple chapters of the book. Obviously the controversy is what first comes to mind when the name “Bruiser Brody” is said and it’s what intrigues people to crack open the book to begin with. But the greatest thing about this book is what unravels with each page and that is what exactly made up Frank Goodish and how he created “King Kong” Brody and Bruiser Brody. There’s plenty of words to describe this man, clearly one of them is stiff. Stiff both in the wrestling terminology and stiff as a person. A shrewd business man that focused on providing for his wife and son and that’s it. Brody was a man that clearly had a vision of what was best for the wrestling industry and knew how to handle those that wanted to buck against tradition in terms of wrestling etiquette both in and out of the ring. The greatest insight came from his wife, Barbara, who knew what it was like to be married to Brody and finally seeing his guard come down. There’s a great pacing in this book, Matysik and Goodish trade back and forth between chapters. One chapter will be from a historical wrestling perspective featuring quotes from Brody’s small group of friends in the industry and that would be followed by another chapter that has Barbara’s stories from the brief moments of home life.

Beyond the loss of life and the loss his family experience, the biggest loss to the wrestling industry is Brody’s intellect that he had for professional wrestling. Knowledge that he only gave to younger wrestlers when approached and asked (not an easy task, I can imagine). Brody never made the trip to work for the McMahon’s but the door was apparently open, it’s a shame we never found out how much of a splash he could’ve made in WWE. 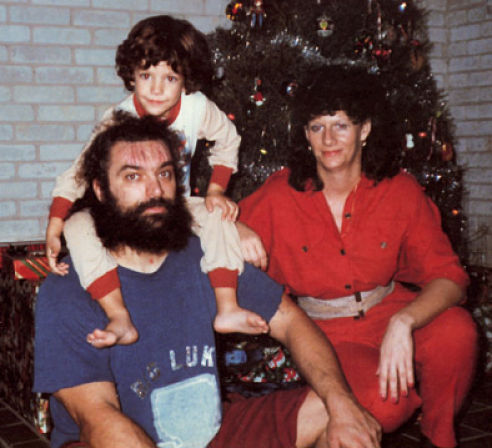 I’ve always had a belief that most wrestler’s biographies would be a great movie but now I feel like Brody’s is the only story that absolutely needs to have it’s own movie one of these days. The controversy of the murder and trial stemming from tensions between Brody and Gonzales that go back almost a decade prior, all the wrestling stories, struggling to help small territories and being okay with people perceiving him as a jerk because he wanted to make sure he was always paid what was owed to provide for his family (that last part sounds pretty much exactly like Kevin Owens’ current character). A lot of people say current wrestler Luke Harper looks just like Brody, however, every time I see a picture of Bruiser Brody, I always think it’s Damien Sandow.

As for the Bruiser Brody movie that I think should be made, the best person for the part would be Oscar Isaac. Seriously, go look him up, he’d be perfect.