I know it’s a little late in the season (the finale is this Sunday), but I didn’t want to let a whole season go by without talking about Rick and Morty. In case you’ve been living under a rock, Rick and Morty is a cartoon on Adult Swim about Rick, a scary smart mad-scientist, and his grandson Morty. The show follows them as they go all around the universe/multiverse getting into various mishaps and adventures. It also happens to be the best show on TV right now and if you are not watching it, shame on you. Wubba-Lubba-Dub-Dub. Sunday’s episode had Rick and Morty traveling to a planet where they have a festival called “The Purge.” Yes, that kind of purge. Like the movie. As Rick points out. 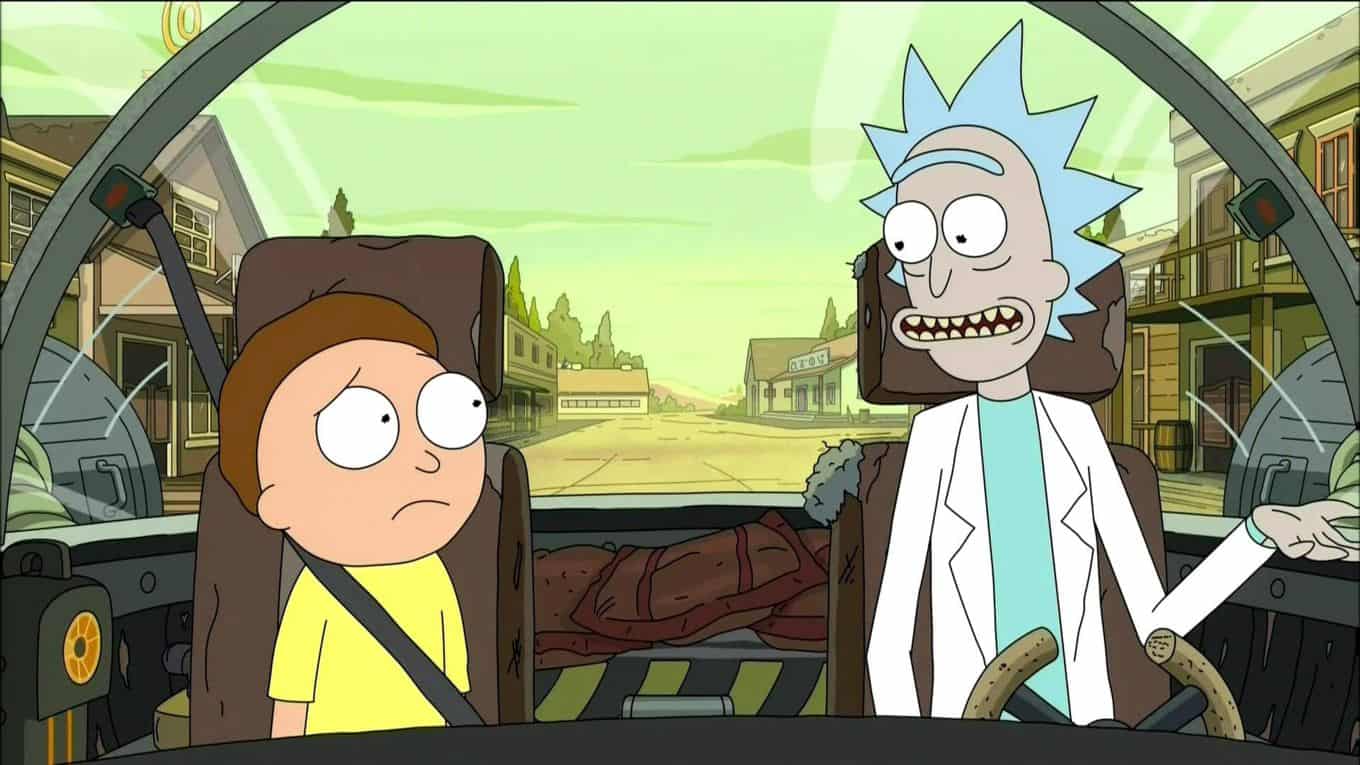 1. I love how in tune this show is with pop culture

When Rick and Morty touch down onto the planet, they are met with an old man who tells them they should be gone before the festival. Rick IMMEDIATELY figures out what’s going on and gets very excited to see what happens. “It’s like that movie, Morty! The Purge! Remember that movie, Morty?” It’s something that always bothers me in genre shows or movies. People ostensibly live in our universe, but they don’t know any of our pop culture. It’s like how no one in The Walking Dead knows about zombies. It’s irritating. Rick and Morty would never do that to us.

2. Morty’s always getting the two of them in trouble because he wants to get a nut

There’s a cute cat girl (Arthrisha?? I think is how you spell that) and when Morty sees that she’s about to die in the purge, he convinces Rick that they have to save her. They do, almost dying in the process and eventually she steals their spaceship and they get stranded. All because Morty wanted to get his dick wet. It’s like the Anatomy Park episode or Rick Potion #9. He needs to put a check on his horniness, stat.

His entire arc this epsidoe was trying to engage with Summer, his daughter, in polite conversation. But she keeps shutting him down, which is sad enough. But when he finally gets through to her, it’s revealed that he’s just trying to get money from her because he’s out of a job. Jeez, Jerry… he is becoming the butt of this show. I used to like watching him, but now he’s just annoying. Is there anything redeeming about him?

4. Morty was TOTALLY justified in killing that lighthouse keeper

I mean, that script was the most derivative dreck ever. And if he wanted honest feedback, he wouldn’t have been so passive aggressive about Morty’s notes. So… what else was Morty supposed to do? NOT push him down the stairs when he tells him and Rick can’t send a beacon back home from his lighthouse, thereby killing him and partaking in the purge? Come on, guys. Don’t be ridiculous.

When the purge begins, Rick and Morty swoop up into the air to watch the proceedings. But after a particularly gruesome off-screen death, Rick decides he has seen a little too much. “I think I’m Purged out, Morty,” he says, visibly shaken. It was kind of nice to see Rick struggling with seeing cruelty. Throughout the series, Rick has seen countless atrocities, and while Morty might scream in terror, none of it ever phases Rick. It was really interesting to see Rick not in control. It was a rare, brief glimpse, and it was fascinating. 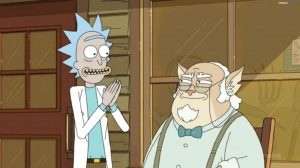 6. But it would appear Rick is rubbing off on Morty a bit

I mean, he kills that lighthouse keeper. Because the guy (cat person) was passive aggressive. And while Morty thinks it’s because of a candy bar handed out before the purge to encourage brutal behavior, we know it’s just Morty’s instincts rearing its heads. Perhaps we’ll see this followed up in the season finale?

7. It’s nice to see Rick and Morty back on the horse a little bit

After last weeks retread of Total Rickall, the amazing episode where they watch intergalactic cable, it was nice to see a new episode that didn’t fall back on old material. Sure, watching Rick, Morty and Summer riff on the crazy improv performed by Justin Roiland is awesome, but it was a touch disappointing to see the series cover old ground so early in their run. What would be amazing is if every season there was one intergalactic cable episode. If that’s what Roiland and Harmon are setting up, I’m on board.

8. God, this episode is VIOLENT

Like, really really violent. The last scene is Rick, Morty and Arthritis just murdering all the rich people of the planet (who coordinate the purge for their benefit) in the most appealing ways possible. I mean, I know it’s on at 11:30 at night, but DAMN this is some next level violence.

9. Hey! There was a scene from the theme!

That moment where Morty is shouting at Rick and he zaps him? This one?

That was in this episode! You know what this means, right? That means that EVERY scene in the opening is up for grabs for later episodes! Which means the giant flying Cthulu monster might be in an episode!! AHHHHHH!!!

10. Will the finale have Morty making the full transformation into Rick territory?

Well, if you’ve seen the preview I posted earlier, you know that the finale is going to be very squanchy. Is there room for Morty to make a full shift into emulating his grandfather? I think there’s some really interesting stuff to be mined from their relationship. How would Rick feel if Morty ended up like him? If you recall in the season premiere, as Rick thinks he’s about to die, he says the following: “I’m okay with this. Be good, Morty. Be better than I was.” That’s a really profound statement. If he really wishes that, he probably would not be too keen on Morty becoming less and less caring about his fellow man. There’s a lot of opportunity there. Maybe we’ll get some of that in the finale.