Writer Brian Michael Bendis ushers in a new era of Iron Man adventure in the post Secret Wars 2015 All-New All-Different Marvel Comics multiverse or universe (the Secret Wars #8 finale doesn’t ship until later in 2015, so we don’t know the macro Marvel status quo yet). This week, Invincible Iron Man #1 hits stands; it is one of at least 62 Marvel #1’s (so far) to be launched between October 2015 and February 2016 as part of Marvel Comics’ All-New All-Different Marvel branding.

Below are my fave covers of the several options for the book. 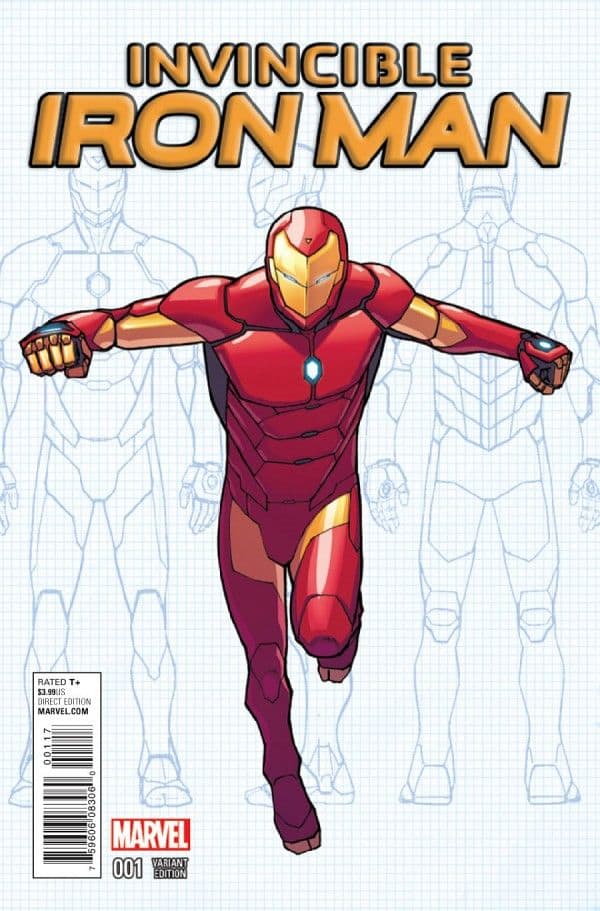 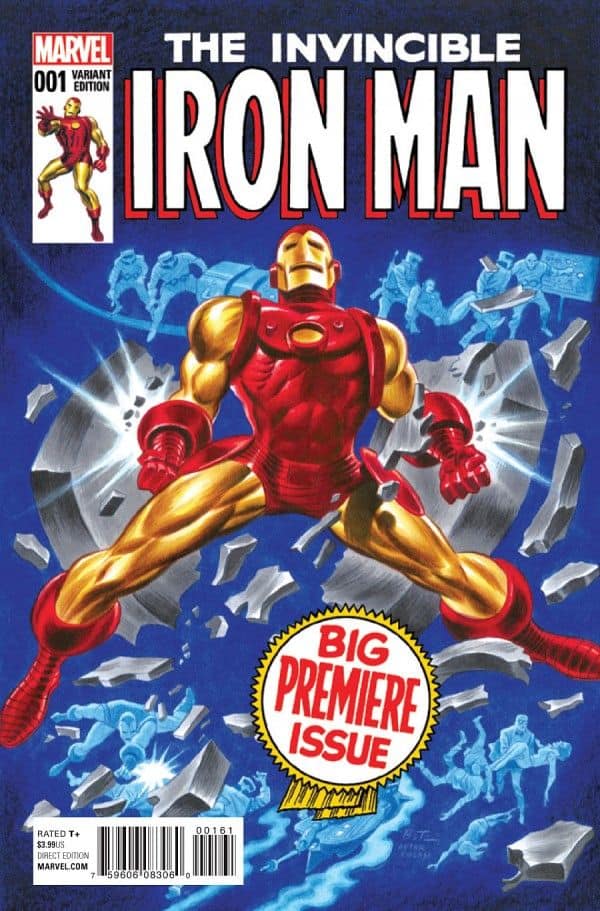 The below interior pages set an intriguing tone for the book and new armor. 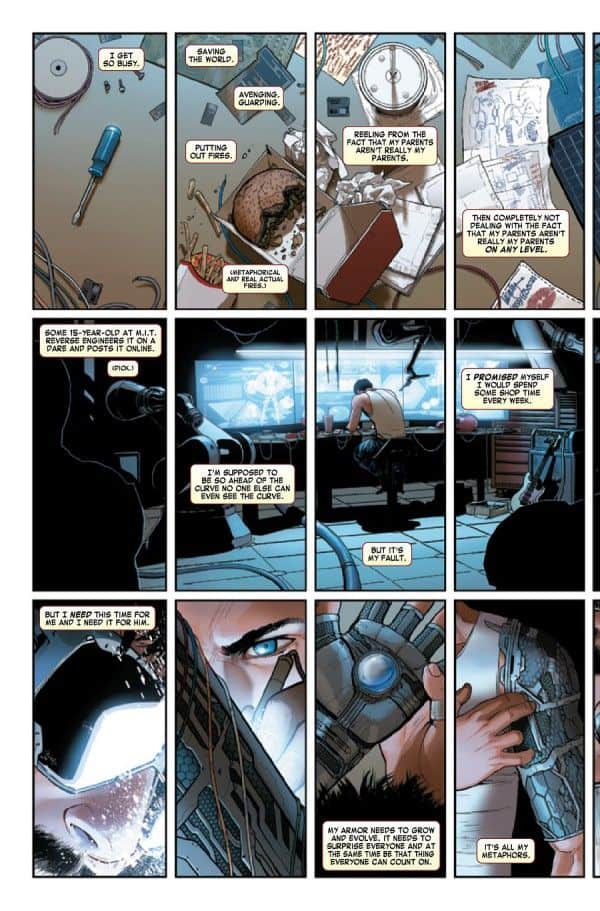 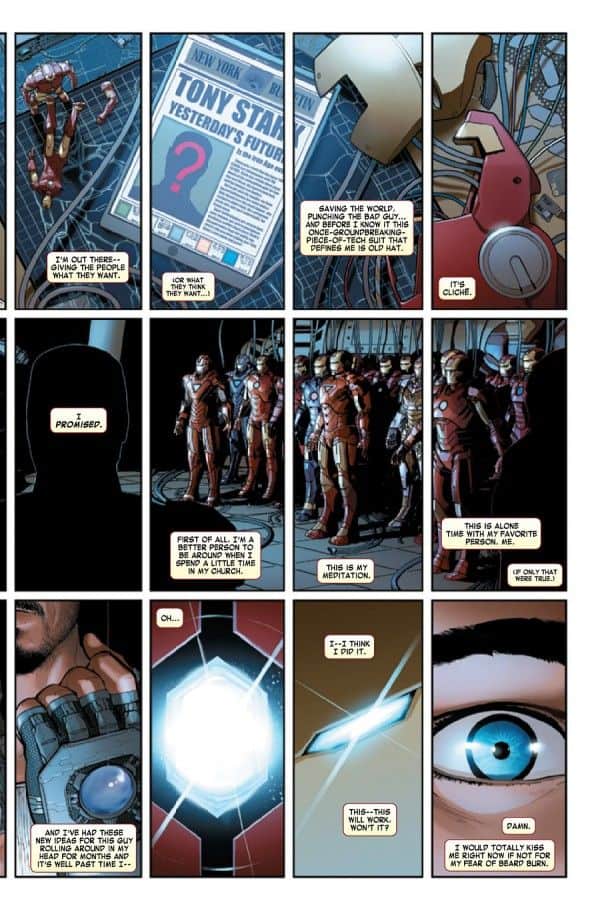 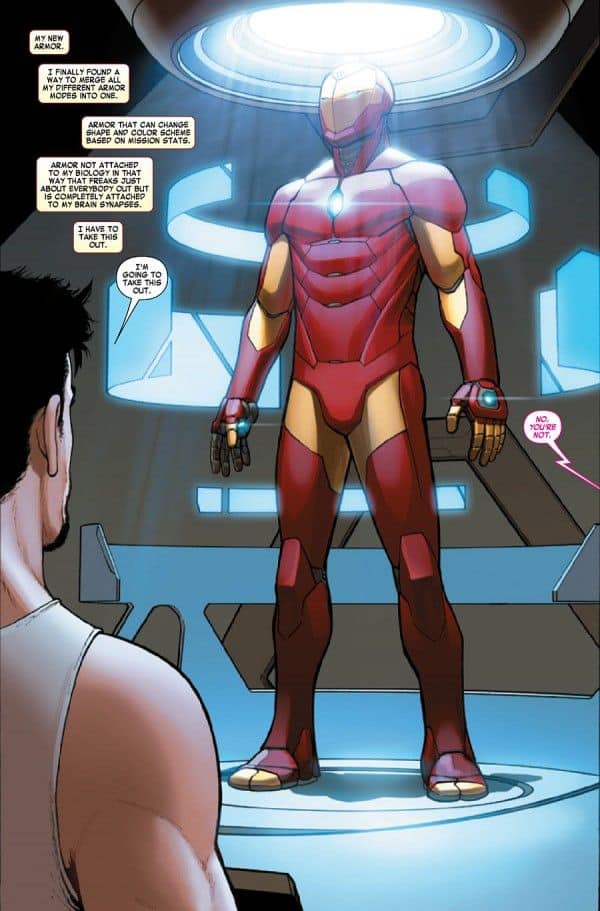 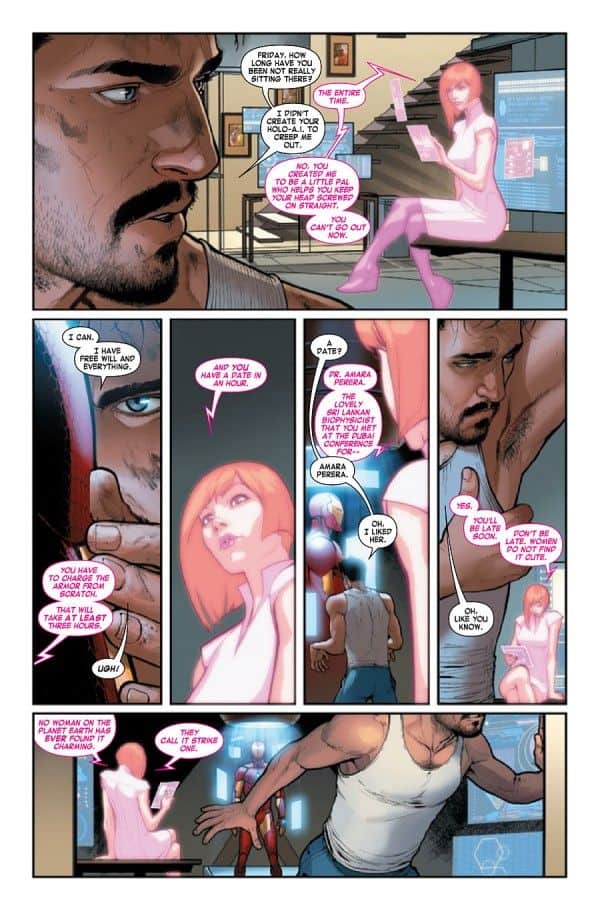 We don’t see Mary Jane Watson debut yet in these preview pages, but she is on the cover of Invincible Iron Man #4. Will her ongoing role in the book be seeded this week with #1? 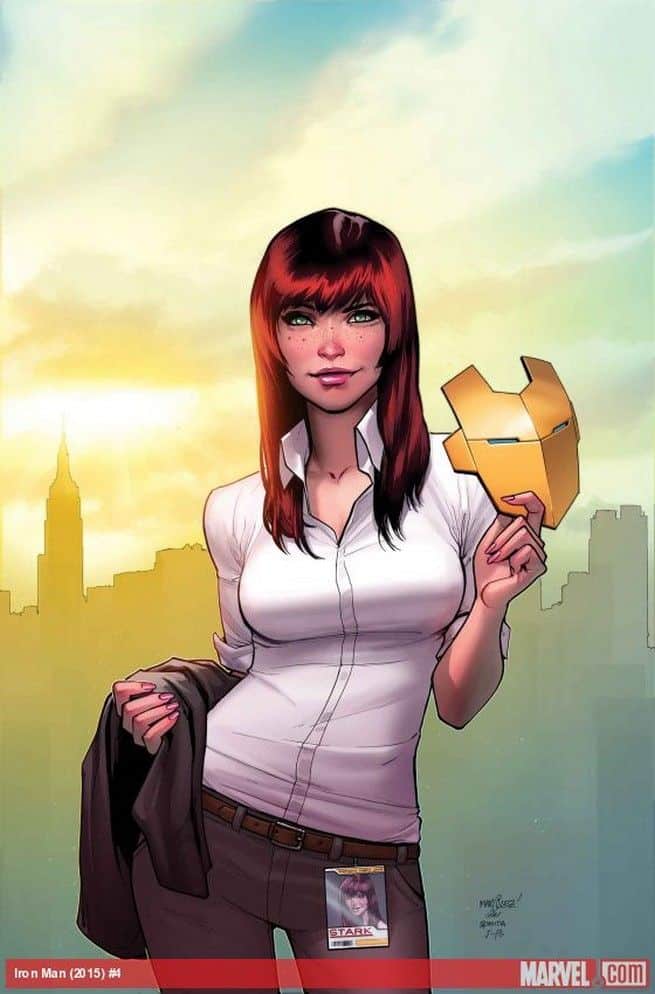 The remaining covers for Invincible Iron Man #1 are below including variants. 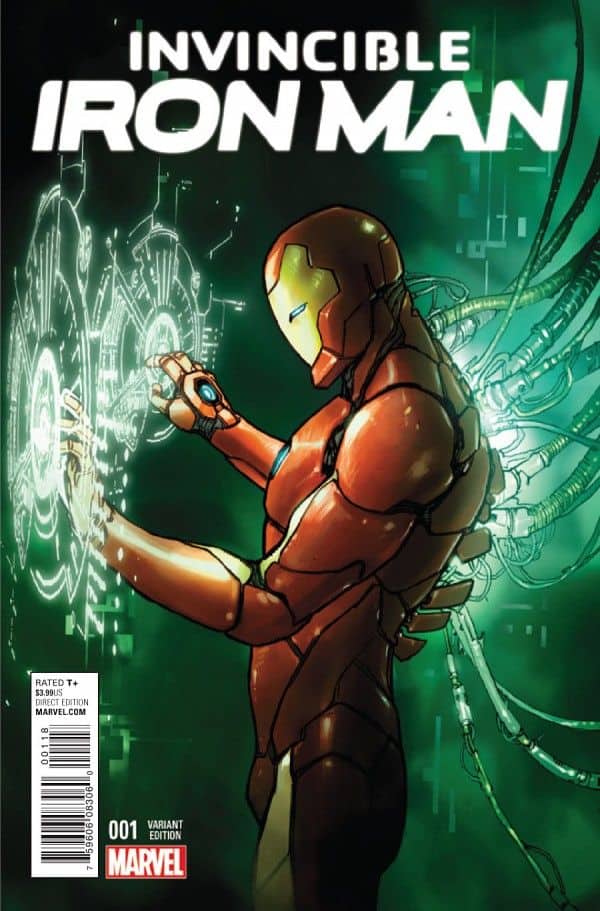 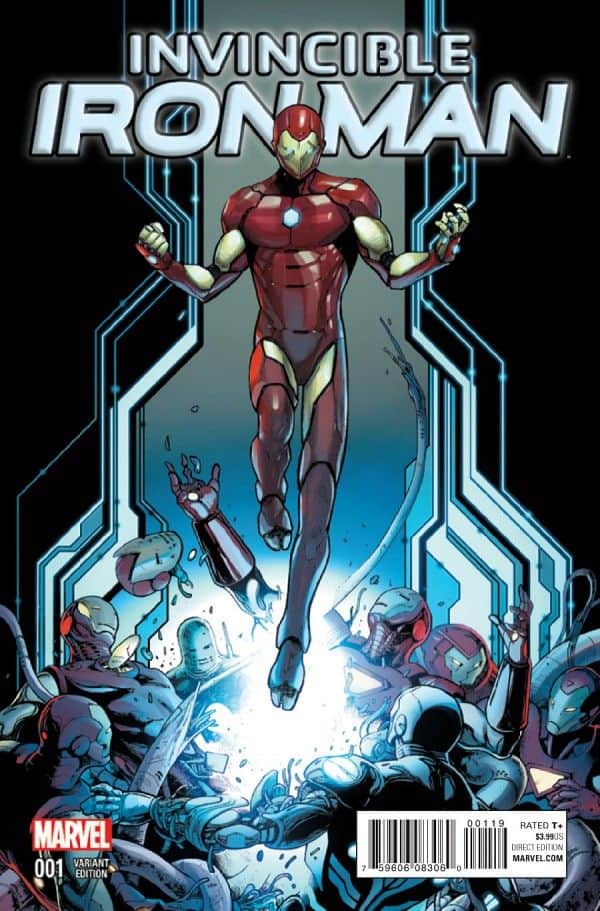 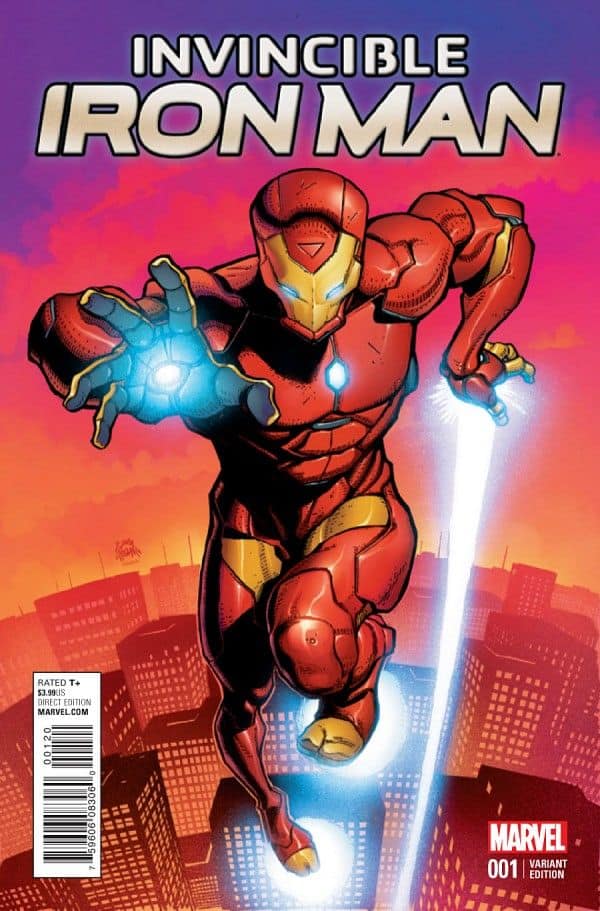 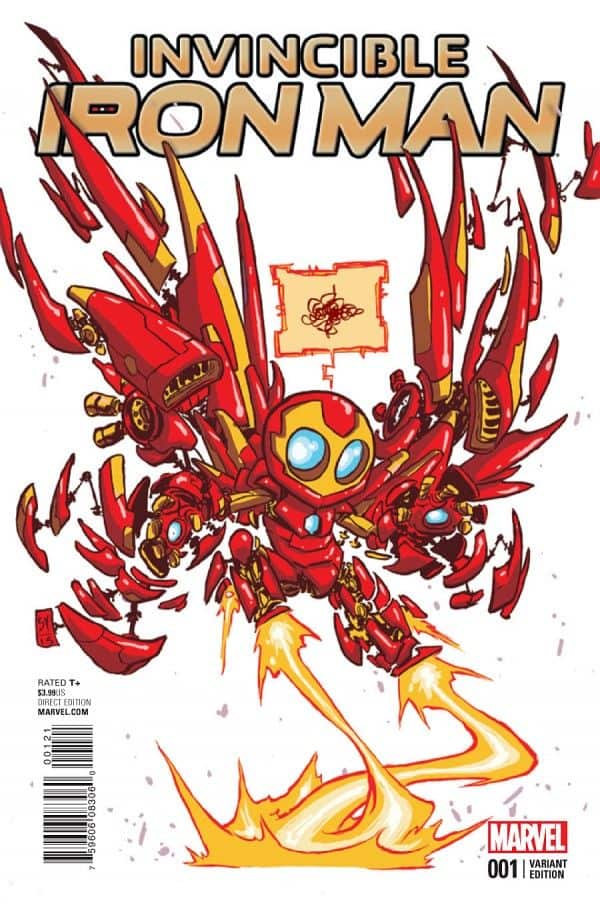 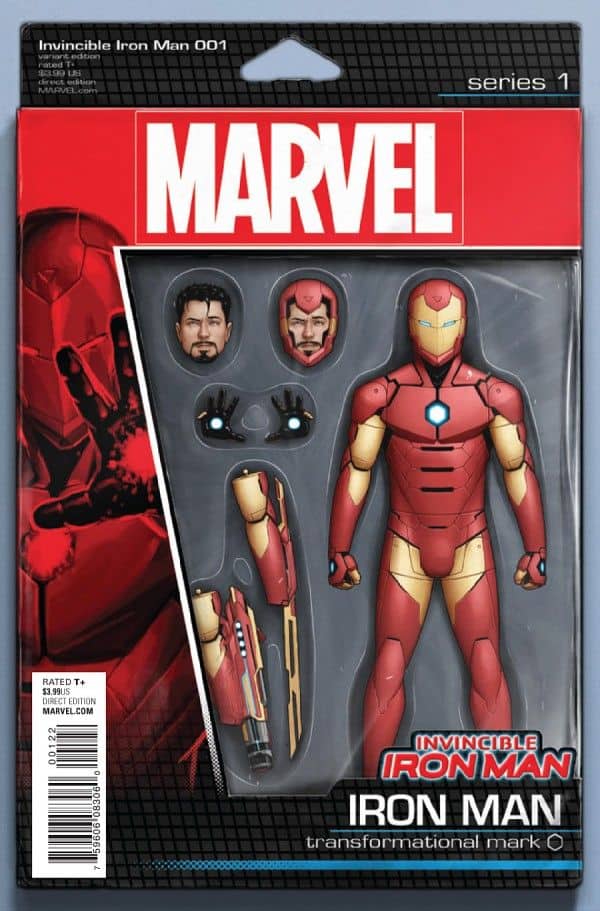 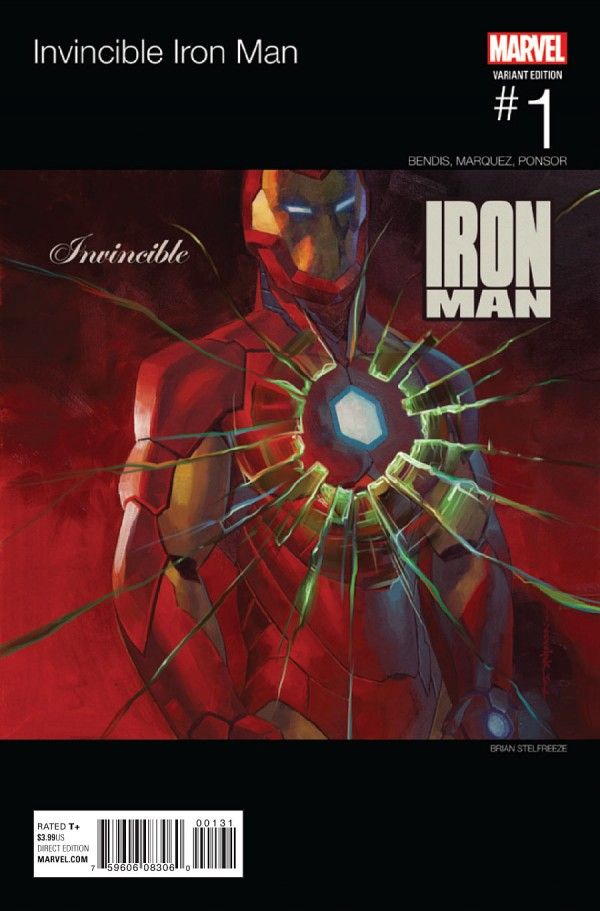 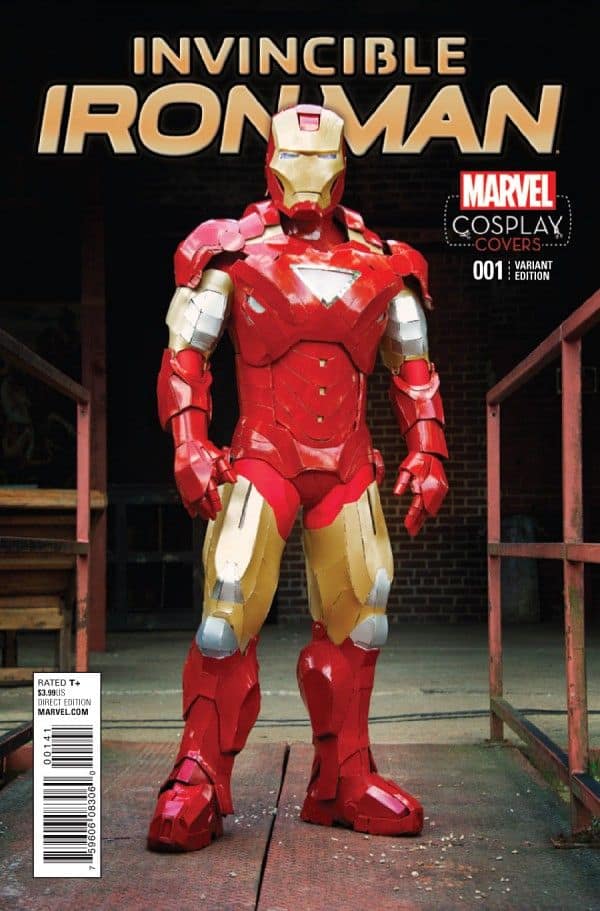 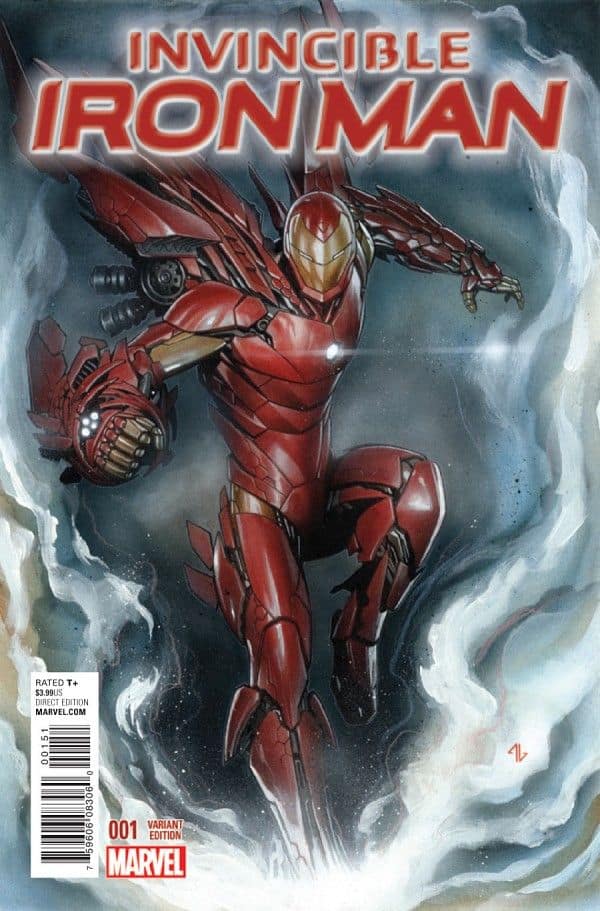 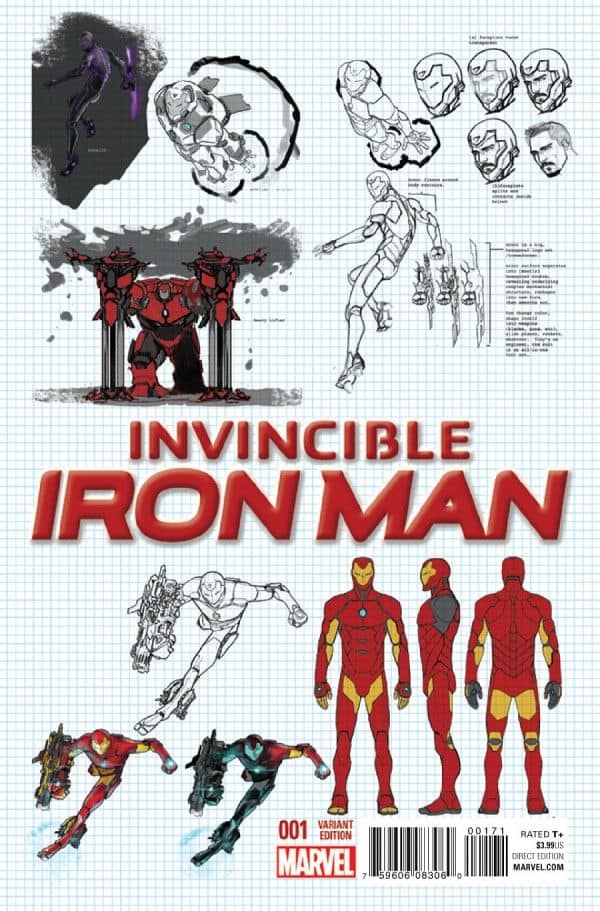 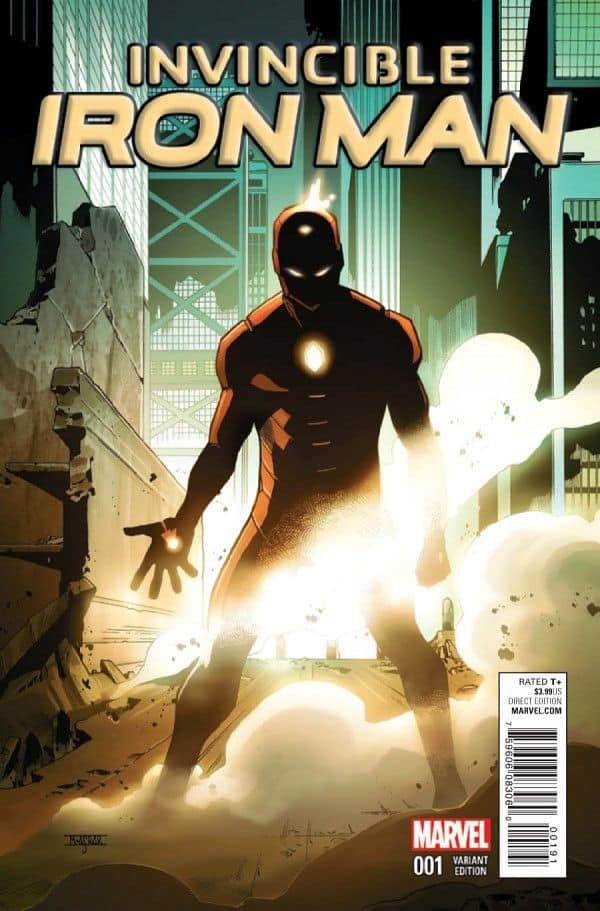 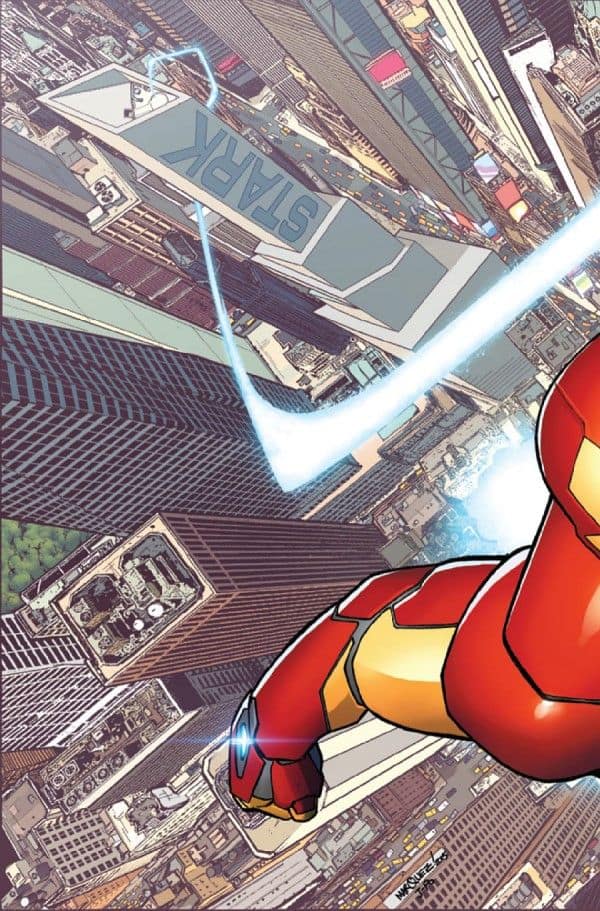 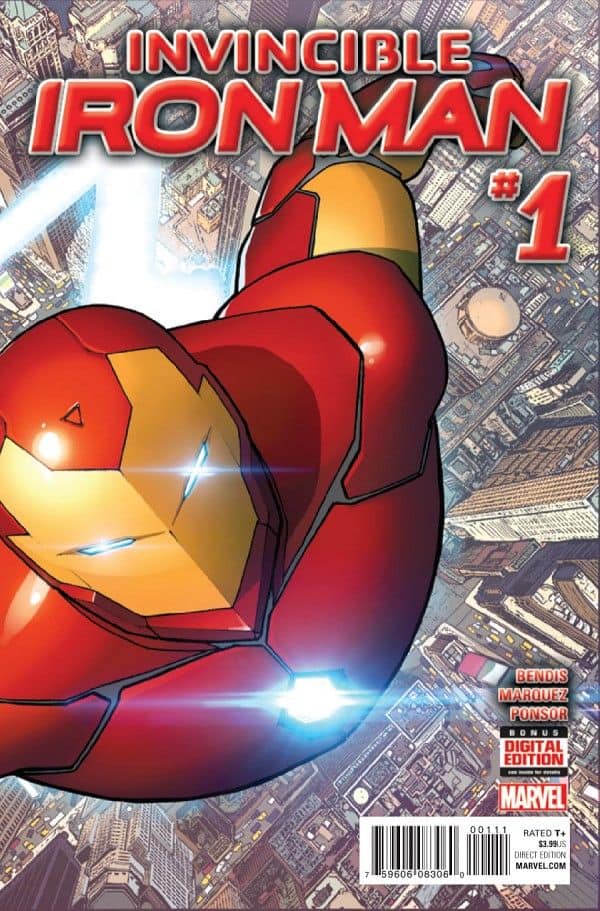