Spoilers and review for Batman and Robin Eternal #1 follow. 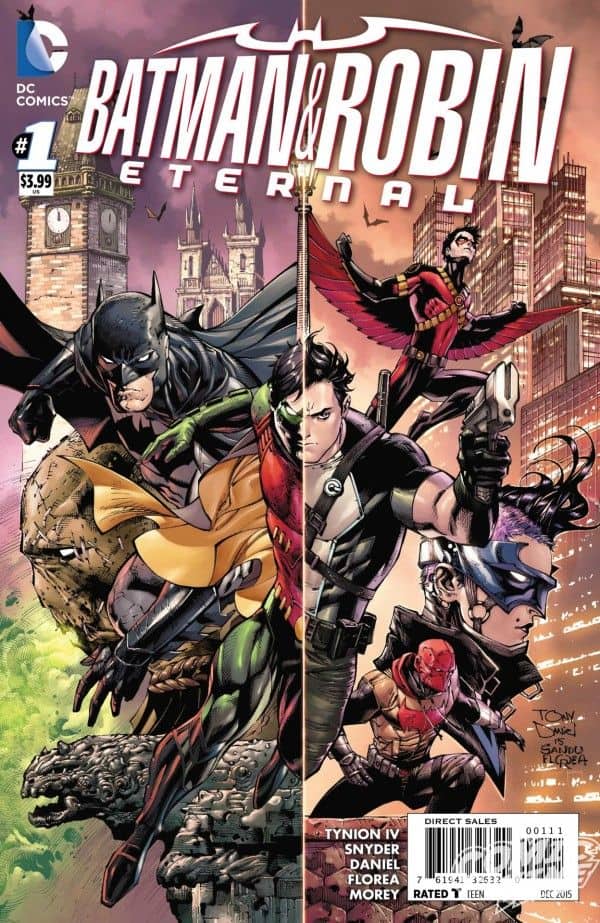 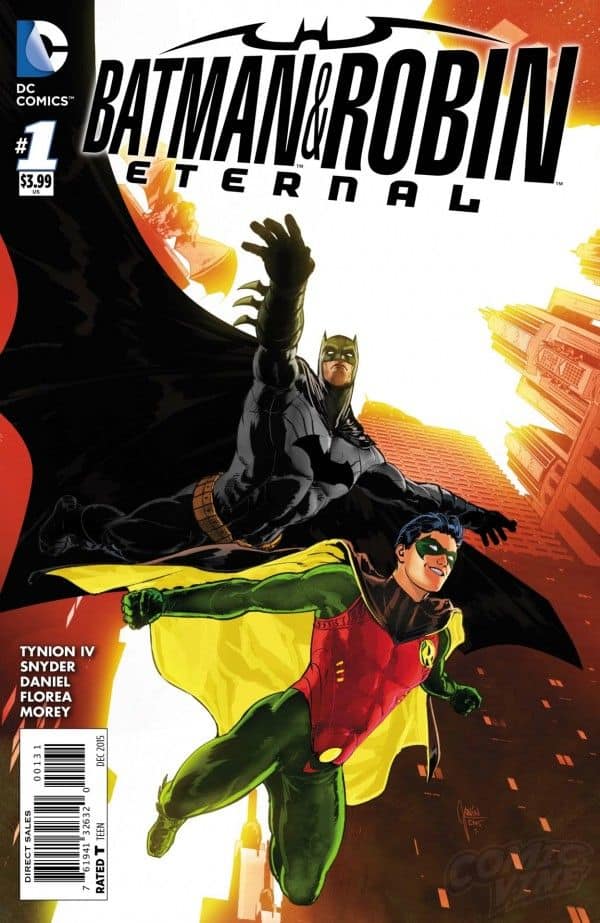 We get two new characters in Mother and Orphan. Mother in particular had a chilling affect on Batman as you’ll see from the last page set in the past.

Dick Grayson, the first Robin then Nightwing, learns the truth in the Batcave.

Batman is remorseful about the threat of Mother and he ability to control others. So, what did Batman do in the past? We find out. Again, HUGE spoilers follow.

Batman, murderer. WITH A GUN!

Batman never uses a gun, but under Mother’s influence, it’s a different story.