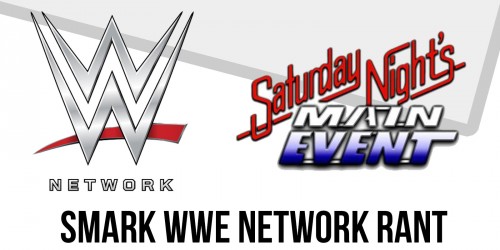 I had a week long conference and some other stuff that delayed jumping back into these again, but now I’m taking a few days off so hopefully I can catch up again before Bryan & Vinny overtake me with their retro reviews.  Unfortunately we are getting to the point where it gets really, REALLY bad before the big changeover in March.

It’s the RAW debut of Scorpio, although this gimmick was clearly a loser from the start and the Funkettes would be fired for cost-cutting reasons shortly into his run.  Can you imagine how much better off he would have been in WCW as a part of the cruiserweight division?  Goon attacks and lays him out, but Flash gets a sunset flip out of the corner for two.  Goon works the arm, but Flash dropkicks him to the floor and follows with a tentative dive.  Goon charges on the floor and hits the post, and Funk follows with a moonsault that looks impressive but misses by a foot.  We take a break and return with Goon in control with a flying elbow for two.  Goon with a Brogue Kick, but Funk tries another moonsault press and misses again, this time deliberately as a part of the spot, I think?  It was ugly.  Goon covers up like a pro and takes over again, but Funk puts him down with a suplex and finishes with a somersault legdrop at 8:32.  This was a mess.  *1/2

Jim Ross, on commentary, notes that Diesel still has a long career ahead of him.  That’s an understatement.  Big Daddy Dentist attacks PIG and pounds away in the corner, but PIG comes back with a suplex as Razor heads down for the distraction, and the powerbomb finishes at 3:35, with poor Jacobs looking like he nearly blew out his back trying to get Phineas up for the move.  DUD  Lawler spent the whole match making fun of the recently deceased Tiny Tim, because he’s a classy guy.

Meanwhile, Shawn Michaels doesn’t have a problem with anyone booing him, but when Sid used the camera on Jose that was crossing the line.  He admits that he’s not a role model because he’s got long hair and tattoos and skeletons in his closet, and “some people” don’t like that about him, and should maybe air their own skeletons.  Man, it’s really too bad we lost that Wrestlemania rematch with Shawn and Bret because you can totally see them going there.

This is like the most 1996 show ever.  Jammes hits Bradshaw with a clothesline and a pair of dropkicks to put him on the floor, but a big boot turns the tide.  He pounds away for a while until JJ comes back with a suplex, but Bradshaw goes to the chinlock.  Jammes comes back again with his stupid dancing routine, but goes after Zeb and walks into the CLOTHESLINE FROM HELL at 5:58.  Well that pretty much tells you where they saw him already.  *1/2

So in a bit that sums up their year, the Karate Fighters tournament was supposed to feature Sid v. Mr. Perfect in the semi-finals, but with Perfect off to WCW and that “match” already taped and thus unusable, it ends up with hosts Jerry Lawler and Todd Pettingill battling instead, resulting in Lawler going to the finals against Sable next week.  It’s just like watching TNA at times.  Now you might say to yourself “Why was it vitally important to make sure that Curt Hennig was removed from a fucking toy tournament in order to make him seem like a chicken?” but keep in mind this was the same company who thought it was vitally important to point out that Jeff Jarrett is a terrible singer.

Meanwhile, in London, Sid and Bret Hart get into a confrontation that also involves Owen & Bulldog, which was setting up the tag champs future split and the next PPV.  Good stuff, but It’s Time still did one of the all-time lowest buyrates.

I don’t remember exactly when Hunter switched to “Ode to Joy” as his theme, but it helped immensely.  His mincing blueblood theme really wasn’t fitting at this point.  Speaking of not fitting, Billy Gunn switching to beige denim isn’t exactly a strong character switch for him.  The babyfaces control with armbars while Vince runs down the boring card for It’s Time.  Did anyone really think that Owen & Bulldog v. Razor & Diesel or yet another Mero v. HHH match would sell?  The heels stall over and over while Hunter avoids Mero, who was rapidly cooling off by this point.  The faces keep working Gunn over in the corner and the announcers are more concerned with Tiny Tim and the Lawler v. Sable Karate Fighters match next week.  Jake tries the DDT on Gunn, but he backdrops out and plays Snake-in-peril.  We take a break and return with chinlocks everywhere, but Jake suddenly (as suddenly as he could move at that point) hits Billy with the DDT and both guys are out.  Hot tag Mero and heel miscommunication puts Gunn on the floor, resulting in him walking out.  I have no idea what the point of that was, given it went nowhere. Shooting Star Press finishes Hunter at 14:24. Just a basic tag match to fill time.  **