Murtz On The Scene: Exclusive Interview With Marvel’s Agents Of S.H.I.E.L.D.‘s Nick Blood 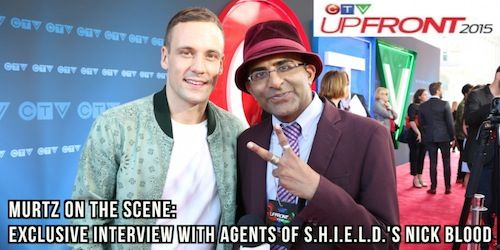 Marvel’s Agents Of S.H.I.E.L.D.‘s revolves around a team of special agents who deal with paranormal activity and enemies alike. The show recently returned to CTV to kick off its third season.

At CTV’s 2015 upfront presentation, I had the opportunity to catch up with Nick Blood who plays mercenary Lance Hunter on the show. The second season ended with everything resting on Lance’s shoulders where the hired gun found himself identifying with his partners-in-crime. In the interview, we talked about our mutual friend, Rafe Judkins and discussed how the show’s rumoured spin-off didn’t end up happening. Blood previewed how his character still has issues with Ward and how that will be one of the subplots during the show’s return. Blood also discussed why Lance decided to remain loyal to Coulson.