No Chance – 200 Episodes of Classy 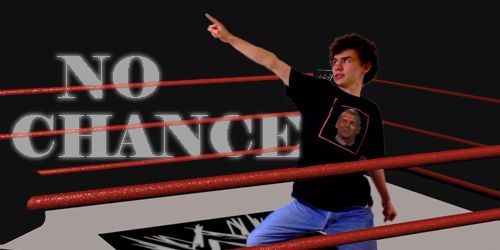 We haven’t had a “No Chance” column in quite a while here, but there was something that I really wanted to look at. As I’m sure some of you know, I am one of the hosts for the wrestling related podcast “Classy Ring Attire.” It appears on this website every week, so you probably listen to it, or at the very least see that it appears in the feed.

Anyway, for those that don’t know, next week will be the two hundredth episode of our podcast. The podcast has been pretty much a weekly thing this entire time, save for perhaps one or two missed weeks, so that comes down to roughly four years’ worth of podcasts. It’s honestly caused me to kind of take a look at where I in my relationship with wrestling compared to this time four years ago.

Everybody remembers CM Punk’s pipe bomb. In fact, there are several people who say that the pipe bomb was what brought them back to wrestling after years away, or what got them to start watching seriously in the first place. It was a moment, if you were watching at the time, it really felt like it was going to be a turning point for wrestling. Less than a week after the pipe bomb, we were already saying that this was the beginning of a new era of wrestling that was going to be called the “reality era.” And after that things just seem to continue in the right direction. The promo led to the best story around the WWE title in years, and the main event of that Money in the Bank PPV was one of the most stressful matches with one of the most invested crowds that I’ve ever witnessed. It was really that pipe bomb moment and the months that followed that started the idea of Chris and myself wanting to do a podcast. Things were changing in the WWE and in the wrestling world in general, and we wanted to be really present for those changes I guess, is the best way to put it.

Of course, the pipe bomb took place in July and we didn’t get organized enough to actually start the podcast until December. By that point the Summer of Punk storyline had devolved to “I sent the text to myself” but it still felt like WWE was on an upswing. We had a new group of guys that was leading the way. Indy darlings Punk and Daniel Bryan were at the top of the card. Zack Ryder seemed to be getting over through YouTube and sheer force of will. This seemed like the time that we, the fans, actually had a role to play in shaping the future of wrestling more than ever before, and in 2011 making a podcast seemed like a good way to help play that role.

What followed 2012, was one of the best and simultaneous worst years of WWE that I had experienced. On one hand CM Punk was champion the entire time. This was a monstrously big deal and I remember vividly around October wondering if they were going to let him go all the way or not. At the same time the story of CM Punk having a yearlong title reign, something that should have been WWE’s biggest story of the year, was constantly playing second fiddle to the John Cena’s worst year ever angle, where his worst year entailed of main evening six PPVs in a row while never even being in the title scene.

We spent that year pretty much figuring out how to put on a podcast. How long is it supposed to be? What do you do when raw is terrible and you only have fifteen minutes worth of things to say? What even is editing? How do you have a guest host on the podcast when that guest host lives in Canada? Some of these things we’re honestly still working though. Two hundred episodes in, and I still see a dozen ways that we could improve the podcast, and we’re working on it, one podcast at a time. But in a kick of nostalgia, I listened to our second episode the other day, and I can say that while there are still ways I think we can improve, we have come a long way over four years.

But today, we’re podcasting in a different world than when we started. Most of the people who write here know what I’m talking about when I say you watch the show differently when you know that you’re going to be expected to have something to say about it. And some weeks, it feels like everything I have to say is something that I’ve already said in an earlier episode of the podcast. Raw has problems, we all know that. And when you dedicate an hour or so of your week, just to talking about wrestling, you really find yourself explaining those problems thoroughly. So when Raw the next week has the same problems what do you do? How do you talk about a broken record of a show without sounding like a broken record yourself?

I remember the optimism I had for the future of WWE when I started doing this podcast. New guys were taking over. There was a whole diverse group of people ready to bust from the mid card to the main event any second. We were about to get three hours of Raw every week, imagine what kind of matches we could get on TV with all that extra time! Now? Now I’m just tired. I desperately want to see Cesaro with the title, or Dean Ambrose, but the sting of being vocally in Ziggler’s corner for four years is still there. Injury cut short Daniel Bryan’s anti-authority storyline, but by trying to do the same thing with Roman Reigns, WWE proves that they never got why it worked in the first place. I still love wrestling. I would have quit the podcast a long time ago if I did. (And I have no intentions to quit any time soon if you thought that was where this article was leading) I love getting to see NXT, but watching Becky Lynch and Sasha Banks put on a match of the year contender on NXT, only to see their rematch on Raw last four minutes and have no lasting consequences, it’s disheartening to learn that is just one on the long list of problems.

So maybe this whole article is nothing more than an exercise in venting. But thanks to our two hundredth episode, I have a convenient reason to compare the show today to the show four years ago. And I think it’s pretty easy to say that as a whole it’s worse. Some things are better. As frustratingly flawed as the Diva’s revolution has been, there is no comparison between the current division and the one that existed four years ago. In the last four years, Cena has finally started losing a handful of matches cleanly, some even to Kevin Owens and Alberto Del Rio. But the hope and excitement for the future of WWE that I had four years ago isn’t there anymore.

Why keep watching then? WWE seems determined to stay the course. The very idea of Roman being the anti-authority champion gets booed, but that’s the role he’s in anyway. Raw has lost something like a fourth of their viewer ratings this year, and it seems like there’s been no plan to combat that. I don’t think I’m the only one to finish an episode of Raw and say to myself “Am I really going to keep doing this?”

But like I said before I have no plans to stop, and the biggest reason is honestly the podcast and you guys. I may hate the state of wrestling right now, but man do I love talking about wrestling. WWE might not care about the people in that four minute match, but I do. And so do you. Time and again, I’ll happily read armchair bookings that have no chance of ever happening, but it’s so great to see how badly people want to see something awesome come out of a pastime they love. Terrible Raw episodes have led to some fantastic podcast episodes, not just of CRA, but of our sister show Trashy Ring Attire and plenty of other wrestling podcasts that you can find. I can have a question about The Undertaker’s character from the late 90s and fans come out of the woodwork to rank his feuds, compare the era to other Taker eras and point out some PPV highlights that I should check out on the Network. Being a fan of wrestling is still a fantastic experience, and even when it sucks I’m in it for another two hundred episodes. And it looks like we might all be invited back to the main event of WrestleMania this year for the third part of the epic WWE vs. Their Fans build that has been the past two years. SO…LET’S DO THIS?