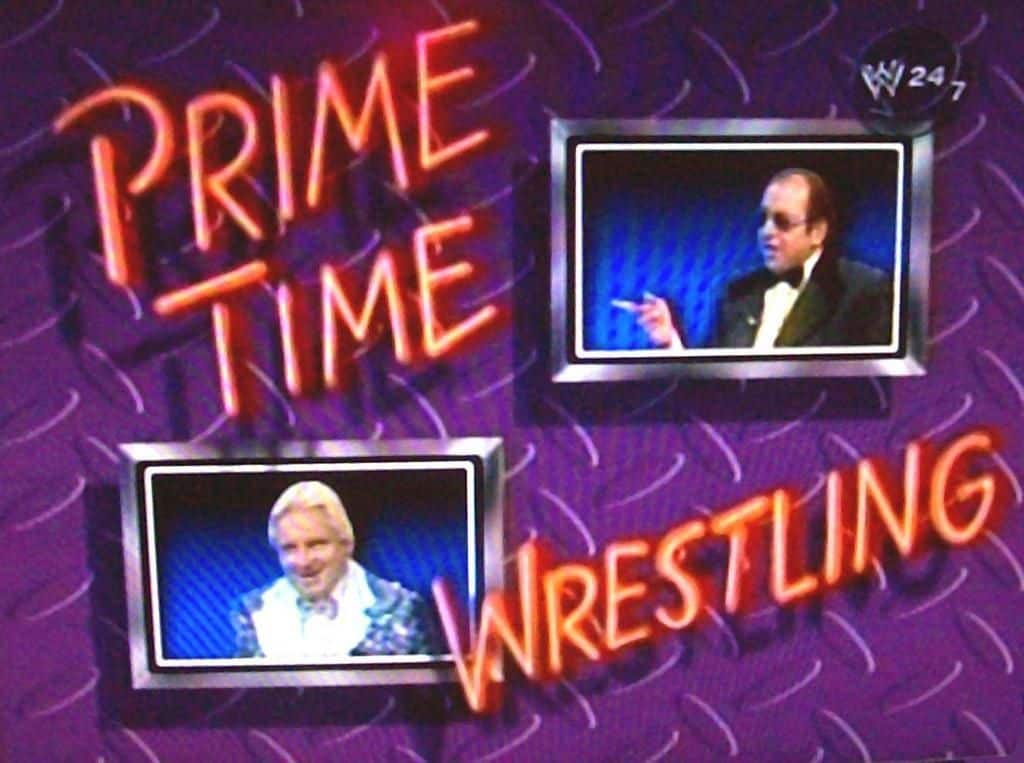 Your hosts are Gorilla & Bobby

From the Boston Garden, and this might be the most grizzled matchup ever.  All we need is Killer Kowalski as the ref or something.  The ref breaks up a couple of lockups in the corner for some reason, but Slater chops the Hammer right out of the ring.  That’s some impressive chopping power. They slug it out and fight over a wristlock as Gorilla makes the first mention of Hammer’s legendary warmup time, a mere 3:00 into the match.  Hammer misses a blind charge and Slater takes over with a side headlock as I once again ponder what the hell Slater’s gimmick was even supposed to be.  They should bring him in now as Dean Ambrose’s crazy racist-spouting dad.  Don’t tell me you wouldn’t watch the hell out of that.  Valentine dumps him to take over and goes to work on the leg, but Slater reverses a figure-four attempt for two as we take a break.  Back with Slater making a comeback as they slug it out and Slater does his goofy Terry Funk selling, and Valentine does a couple of Flair Flops.  Slater drops a knee for two and goes for his own figure-four, but Valentine pokes him in the eye to break and tries a sleeper.  Slater suplexes out and goes up, but Valentine slams him off the top and gets the figure-four.  Slater fights him off and manages to reverse it, so Hammer makes the ropes.  They fight for a suplex and Slater cradles him for two off that.  Valentine leverages him into the corner, however, and gets a cheap pin at 13:59, even though Slater was in the ropes.  Maybe that’s why he left soon after.  ***

From a Superstars show, and I’m assuming Sivi Afi is supposed to be the star here?  Might even be a dark match because it’s just Jesse and Bruno on commentary.  Frenchie is looking a lot more ripped than usual here, but he makes the mistake of ramming Afi’s head into the turnbuckles.  He rakes the eyes instead, which Jesse approves of.  Afi works the arm while the announcers get into an argument about looking to the crowd for approval when you’re a babyface.  They kind of have a funny dynamic together without Vince, I have to say.  Frenchie goes to the devastating nerve hold while the bored crowd openly chants “boring”.  Jesse and Bruno, meanwhile, have a prolonged argument about the career-threatening implications of raking the eyes on the ropes. Bruno wanted to win, too, but he never tried to end a guy’s career!  Well except for Buddy Rogers, but I guess that was more of a coincidence.  Afi makes a comeback, but Martin tosses him, and Afi sunset flips him for the pin at 6:35.  DUD

Meanwhile, Blackjack Mulligan is busy branding some cattle on his ranch at the moment, but he’ll be joining us soon.

Meanwhile, Jesse Ventura thinks he’s interviewing Randy Savage due to the screaming women, but it turns out to be the Can-Am Connection instead.

Meanwhile, Outback Jack gets painted up in preparation for his debut.  Bobby Heenan confuses the aborigines with the Temptations and even Gorilla has a tough time not cracking up.

Sika is of course the father of the current WWE champion, unless you’re reading this at a time when someone other than Roman Reigns has the belt.  They trade some power stuff and the Corporal takes him down and then takes FOREVER to get crowd approval for an elbowdrop on the knee.  Kirschner was really aimless as a character once the feud with Sheik & Volkoff ran its course.  Sika was the monster of the month for Hulk Hogan and one of the weaker entries in that field.  Sika takes over with a nerve hold as I ponder in my boredom if any family has had more championships than the Wild Samoans.  You’ve got two World titles each for Yokozuna and Reigns, the World tag titles for the original Samoans and a bunch for the Headshrinkers, Rikishi’s singles titles, the Usos, hell even Rosey.  Corporal makes a comeback, but misses a splash like a geek and Sika flattens him with a headbutt to finish at 7:44.  DUD

The Islanders v. The Hart Foundation

Off to Maple Leaf Gardens now, and we’re getting close to the Harts winning the tag titles from the Bulldogs in one of the defining moments of my childhood.  Tama chases Bret to the floor with some chops, and Neidhart comes in and gets double-teamed in the face corner.  Nice bit as Haku works the arm and casually throws a thrust kick at Bret on the apron as we take a break.  Back with Islanders double-teaming Neidhart, but Bret gets the cheapshot from the apron on Tama and the Harts go to work.  Demolition Decapitation and Bret slams him for two as Gorilla pulls out “Excedrin headache #5”.  Whatever happened to Excedrin, anyway?  I’m pretty sure it’s not sold in Canada anymore.  The Harts work Tama over in the corner and the ladies sound VERY upset about that, and it’s all the classic Bret Hart heel tactics.  Anvil with a bearhug to cut off the ring, but heel miscommunication allows the hot tag to Haku as the Toronto crowd is INTO IT.  Haku slaps Bret around in a funny spot and the Islanders drop stereo headbutts, leading to Tama’s flying bodypress, but the ref is distracted by Anvil.  It’s BONZO GONZO and Tama gets dropped on the top rope and pinned by Bret at 12:01.  And this actually gets a MASSIVE babyface reaction, as there’s dudes in the front row jumping up and down with excitement.  Decent, but never really got going.  **1/4

The Rougeau Brothers are kind of bummed that their friends the British Bulldogs are champions, but good things come to those who wait!

From Superstars, this is a non-title match at the point when Dynamite’s back was rapidly deteriorating.  Vince actually really wanted Sheik & Volkoff to get the titles around this time instead of the Hart Foundation, but luckily he was talked into the Harts after Kid refused to drop the titles as originally planned.  Smith quickly gets tripped up by Slick and Sheik takes over with a gutwrench suplex for two, but Kid quickly gets a tag and suplexes Shiek for two.  Sleeper, but Slick breaks it up with his cane and Davey chases him to the back with Matilda for the disqualification at 3:00.  Referee Danny Davis apparently has decided that a dog is outside interference.

The Snake Pit with Blackjack Mulligan, as he blatantly rips off Dusty Rhodes and this goes nowhere.

Another dark match from a Superstars taping.  Haynes gets a backdrop out of the corner while Race begs off, but Race puts him down with a high knee and misses a headbutt.  Billy works a headlock and that goes on for a while, but Race catches him with a neckbreaker and drops a knee for two.  Race puts him on the floor with a headbutt and Haynes take a nasty bump into the wooden stairs on the way down as we take a break.  Back with Jesse bashing referee Dick Wohrle in a funny bit (Jesse’s not saying that Dick’s biased, he’s just saying he’s lazy and incompetent!) as Billy Jack backdrops Race on the floor to make the comeback.  He slugs away and suddenly the ring lights go WAY up before Race takes a bump to the floor.  Were they doing lighting tests or something, I wonder?  Race headbutts him down and goes up, but Haynes slams him off the top and adds a press slam to set up the full nelson.  And Bobby runs in for the DQ at 10:28.  Not much to this one.  *1/2

Next week:  The Hogan v. Orndorff cage match from SNME!