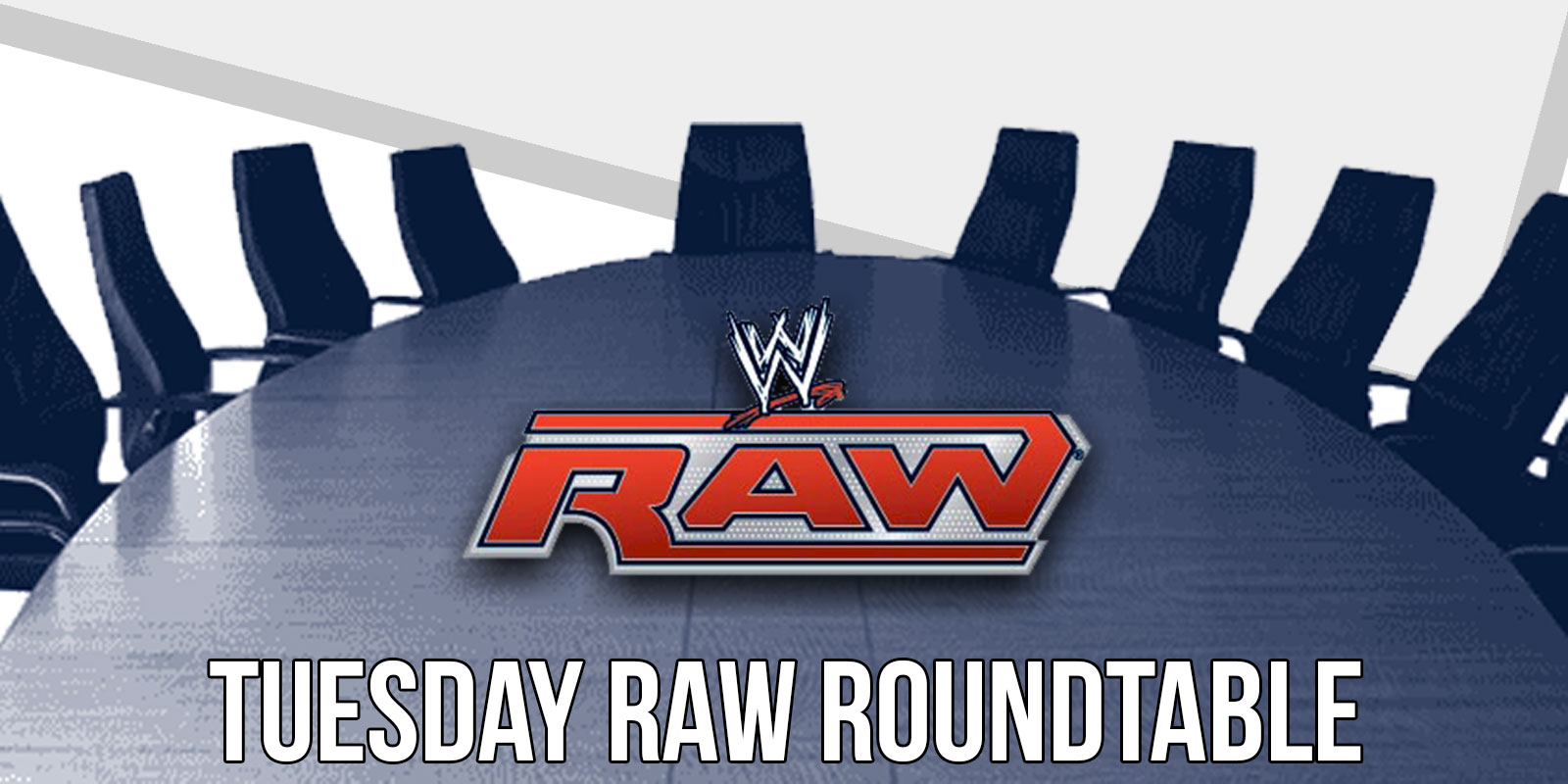 A few things I enjoyed:

– The Social Outcasts initiated a “Bo Train” during the match.

– Although the finish was predictable, Sasha Banks was fun to watch.

– R-Truth provided some good comedy, which he also did at the Royal Rumble last night.

– The Rock was endlessly-entertaining with his walk-through and ring segments.

– The New Day doing what they do alongside The Rock was fantastic. I could watch that every week.

– The “Randy Savage” chants that kept appearing whenever things got slow.

But when faced with the option of going to sleep two hours into the show — the hurricane here in the Northeast has halted train service, requiring me to wake up an hour and a half earlier for work tomorrow — or watching that third hour, I opted for the sleep. No chance it’s getting any better than The Rock’s segment with The New Day.

I didn’t watch the Rumble, but from all reports it sounded like a decent show. With the amount of people out injured I can understand why they’ve put the belt on HHH, I’m just not that interested in seeing him wrestle Reigns at Mania.

I don’t think Owens is capable of putting on a bad match at this point, but I’m concerned that he will get stuck in the midcard with guys like Ziggler (who is probably midcard for life) due to the fact that he doesn’t look like an action figure.

I think Jericho must have been tired from his long Rumble performance, as he didn’t really set the world on fire against AJ. I’m really happy to see Styles in the WWE, but he might need someone a little younger to feud with to really get him over. Or maybe not, what do I know?

Dudleys vs Social Outcasts with the addition of Flo Rida? No thanks…

I am so glad they’ve dropped the Divas trio crap and are focusing on Sasha & Becky as singles wrestlers. I’m not a big fan of Charlotte but she can put on a decent match with either of these women, and it sets up a great foundation for Bayley or Asuka to come up from NXT.

It looks like Vince finally caught on to the idea of booking Kalisto as the new Rey Mysterio – about freaking time. This young man has a great move set and has really cut down on the botched spots, so I look forward to seeing more of him.

Ambrose & Reigns vs the League was fun for what it was, but the triple threat for Fastlane involving Brock Lesnar seems like a strange booking choice to me.

Miz gets his own ring apron? That’s not as cool as having four giant black dudes surround the ring, while you wrestle.

Raw was a weird show to me. The Miami crowd was somewhat hot, but not quite like the Orlando crowd during the PPV, which was evident when Triple H came out and Roman Reigns name was mentioned. Watching the show in the moment it was fun from segment to segment. But looking back at the show as a whole, I was left feeling like it was all a waste of time. The matches didn’t have any affect on the Authority’s announcement at the end. Lesnar vs Reigns vs Ambrose at Fast Lane for the #1 contender spot is a nice match, but Lesnar wasn’t even there. The announcers made it seem like Bray Wyatt, Kevin Owens, and others were trying to make a statement to get into the match at Fast Lane.

The opening segment was traditional opening promo. Triple H took us back to 2003 for a bit with his promo. Nothing to see there!

The Rock segment should have opened the show. It can now be said, the Rock can do whatever he wants. He got to do a live segment from the parking garage all the away to the ring. He went off script. He uttered the words: weed, penis, and Hogan. I will disregard the one or two idiots on social media that are trying to call the Rock homophobic and sexist. Lighten up and stop being the PC police. It’s a show and they are playing characters. The Lana thing was funny! But the Rock being the Rock and New Day being one of the hottest things going, it was only natural for the Rock to interact with them. Still didn’t catch that announcement Rocky….I’m just saying. It was fun…possible long shot, but New Day vs Usos and the Rock at Wrestlemania? Maybe? Always good to see the Rock in the ring. Can’t say the same for Flo’Rida though!

The rest of the show had some fun matches:

AJ Styles vs Jericho was solid, if not a bit clunky at moments, but they worked through it. The timing was off on certain things. Jericho is clearly slowing down, and also not sure if AJ was adjusting to the pace and had to slow down or if they just had some miscommunications. And still no Styles Clash or any finisher for that matter. Possible Jericho heel turn coming?

Kalisto vs the Miz was fun. Kalisto is entertaining and fun to watch against just about anyone. Miz can work a solid match. WWE needs to find an opponent for Kalisto, like Neville for Wrestlemania.

Kevin Owens vs Ziggler was a fine match just to get Owens a win since he lost at the Rumble. Typical WWE booking. It made him look tough because of the match with Ambrose plus the Rumble the night before having taken its toll on him.

Dudlez vs the Social Outcasts…..filler at it’s finest. This is like 3MB+1 or something. They are still jobbers, just together. It’s a comedy thing. I just have never found Heath Slater funny.

Sasha Banks vs Becky Lynch was more about getting Charlotte her heat back. So maybe a triple threat at Fast Lane or a number one contenders match between Sasha and Becky.

Bray Wyatt vs Kane is just the WWE building up Bray and the Family and they will be possibly fed to Brock Lesnar.

Paige and Natalya vs Brie Bella and Alicia Fox…Total Divas related match that has no significance in reality. Matches based on a reality show, that was recorded months ago. Always good to see Paige on my TV though.

The main event was just blah. Reigns and Ambrose teaming up again to get heat back from the Rumble. Mini-Shield moment when putting Rusev through the table. By the book tag match.

Overall an entertaining show. I guess I was expecting more from Triple H, and for Roman to be a little more angry. Just that whole Cena like “Ho hum attitude about the events the night before” is one of the reasons people boo him. If the champ is not going to be seen, they could have let Lesnar win and go home with the belt. And speaking of Lesnar, after being screwed by the Wyatt Family he didn’t even do anything after being eliminated from the Rumble. Just quietly walked to the back, didn’t try to get Bray or protest…Heyman didnt say a word at the Rumble or last night. Just weird. I just want a little more from Raw after a big PPV. As a standalone Raw it was pretty good. The Raw after the Rumble…it felt like a wasted opportunity.