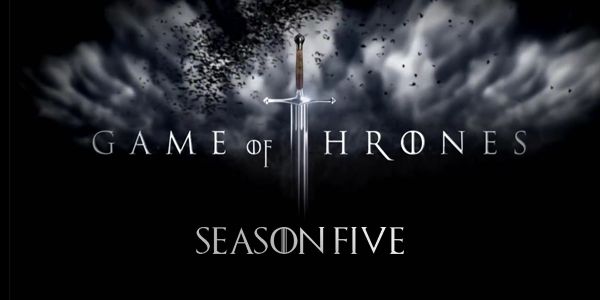 Game of Thrones is a curiosity on the television schedule for a lot of reasons. HBO, a premium cable network, has managed to turn a fantasy series into a genuine ratings juggernaut despite having the smallest possible reach on a pure viewership perspective. On the surface Game of Thrones is insanely impressive in that regard; it was one of the most pirated shows until HBO introduced their HBO Go platform for those who didn’t want to spend money on a premium cable package.

It’s been a genuine game changer for the network. And Game of Thrones remains one of the best shows on television because HBO has allowed it to grow, creatively, for some time. It has the creative freedom to be the epic fantasy television show and takes the George R.R Martin novel series it was based on to heights no one could’ve imagined. What started as an adaptation of the “A Song of Ice and Fire” series has managed to become a watershed moment in television history for what the genre could be.

Season five continues this with another first rate season. I’m not a fan of the fantasy genre on the whole but Game of Thrones is The Wire with dragons, for the uninitiated. The show finds its strength in the violent acquisition of power; the political games and strategy among those trying to consolidate and acquire power in this world is fascinating in and of itself.

The curious thing now is that with Season 5 of the show marks the departure of Game of Thrones from the novels. Currently Martin is working on book number six, which is supposed to be finished before it, but right now with a shooting schedule that has a season per year HBO is going to have to move on from established canon and into uncharted territory for fans of the series.