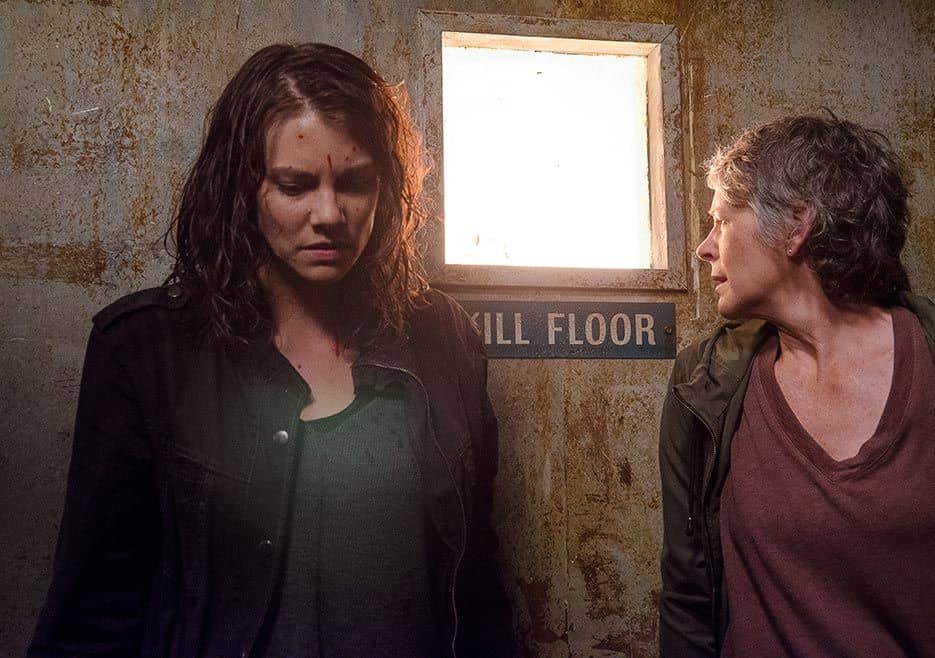 Tonight on The Walking Dead: The Cost of Living

After being sent to the background for most of this half season, Carol came out huge tonight. Like many of our Survivors she is dealing with a lot. Sam’s death seems to have finally triggered something in her and that is forcing her to deal with her feelings and her ever growing list of kills.  All of this was exacerbated by Carol meeting Paula (Alicia Witt), who was a dark reflection of who Carol could have become. Their paths diverged in a very important way though, where Paula stopped feeling anything, Carol is feeling everything. She will have to deal with that if she wants to continuing living. We have seen how the people who haven’t processed their emotions end up dead and often by their own rash decisions. 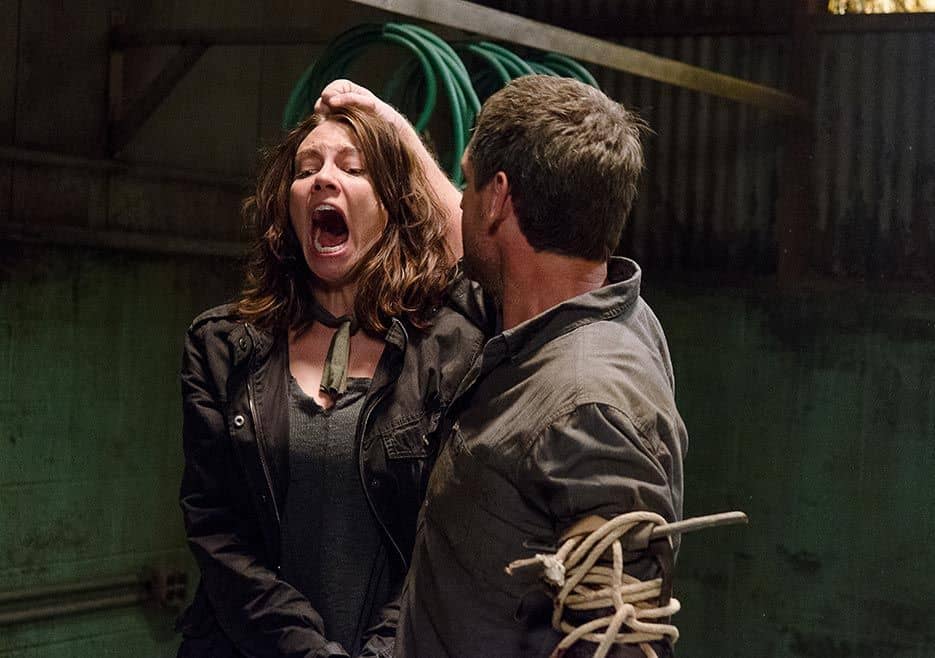 As always we saw to not mess with Mama Bird; she will make you cookies and then make you dead. Carol is the protector and now that Maggie has the Bisquick, she is going to make sure nothing happens to that bundle of joy. I am fond of the running gag of smoking around Carol means you will die.

This was a bit of an odd episode as it was largely in one room and focused on only two Survivors, and they were characters that need that space to breathe and develop. Of course this can lead to the always popular build up to death that the Walking Dead is so fond of. On the plus side they have built up enough that I am certain they won’t kill all of them and it may make the entire ordeal a bit more surprising than I was expecting. I am still waiting on a Daryl-centric episode however. 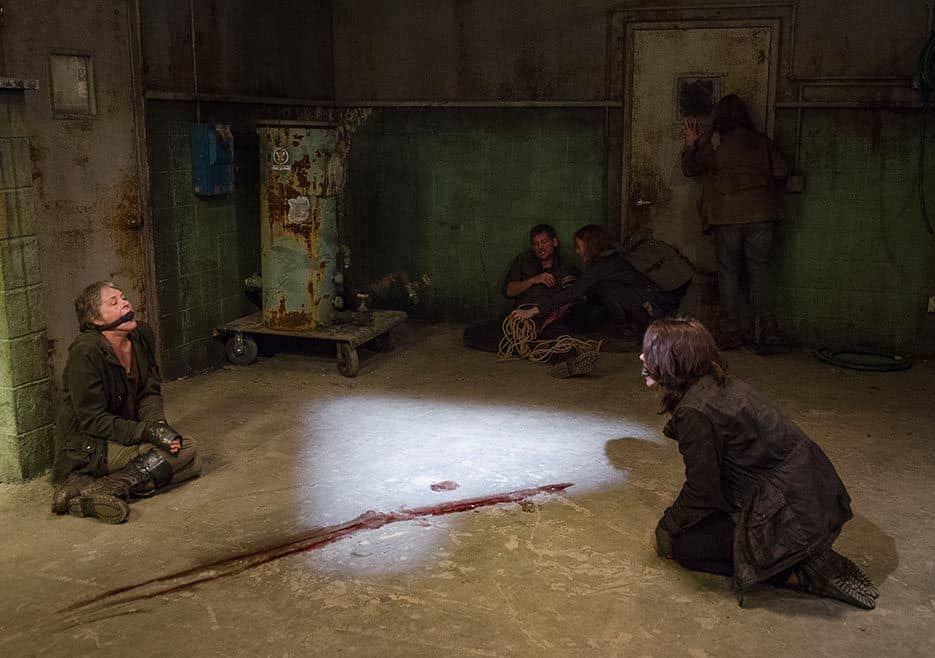 Maggie had a bit of a run in with her dark reflection as well, as ‘Chelle was very similar to her in a lot of ways, she just had the misfortune of finding the wrong love. Hershel’s surviving daughter got to show a harder side that we see from her some days. In the end the hardcore farm girl had the realization that she needs a different life now. Which is an important understanding to arrive at, too bad it came at an awful time as they are out on a murder mission.

I do wish that Abraham and Molls could meet as they seemed like they were cut form the same cloth: mouthy and uncouth. It could have been a very fun interaction. Meanwhile Donnie was… there. He existed to create some conflict and to be a booby trap, and to that end he served his purpose well. 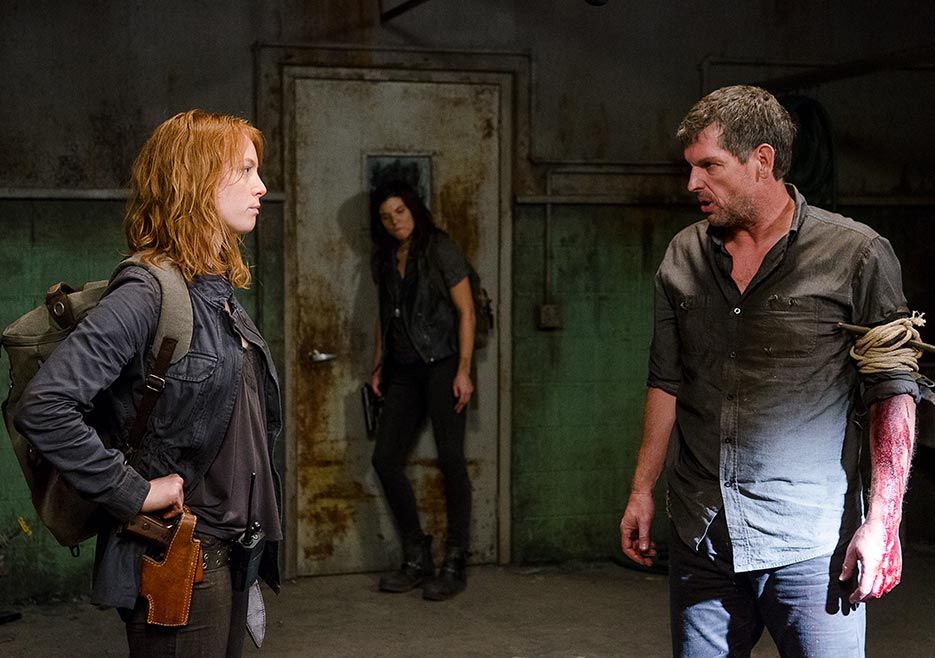 Melissa McBride has come such a long way from where she started on the Walking Dead and continues to develop as an actress. Her ability to bounce from being the hyper ventilating house wife to the stone cold killer who was ventilating Saviors, right down to the emotional moments with the rosary; Carol went through the gamut of emotions tonight and McBride did a fantastic job on all counts.

I do think that Carol is starting to understand the importance of Morgan’s words and actions. It will be interesting to see where that leads and if we get a true, extended, scene with Lennie James and McBride, it could go down as one of the best moments the show has seen. 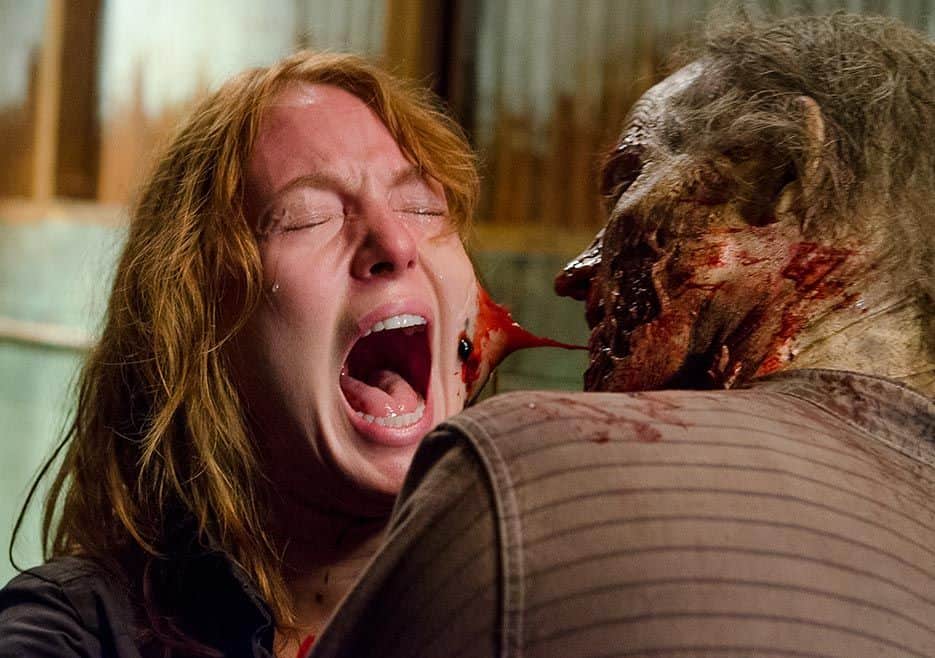 Rick and company are quickly becoming what they have condemned in the past: preemptive problem solvers who fix everything with murder. It is an interesting development and one with a lot of possibilities, but they need to be careful. If they go too far down that road for too long, well, maybe they cannot bring them back.

“The Same Boat” was a good episode bordering on great. The illusions to similarities between characters played well and we got a lot of strong acting from characters who needed to shine.  We are in need of a good explosive moment or scene soon though. Otherwise, the back half of season 6 continues to roll on, putting out one good episode after the other.

Check out my other writing at:
Video game ramblings: www.diehardgamefan.com/diehard/skess

I am a huge fan of super heroes and video games. I like to write about both, and other things as well. http://a-faceless-name.tumblr.com/ http://diehardgamefan.com/diehard/skess/
More from this author