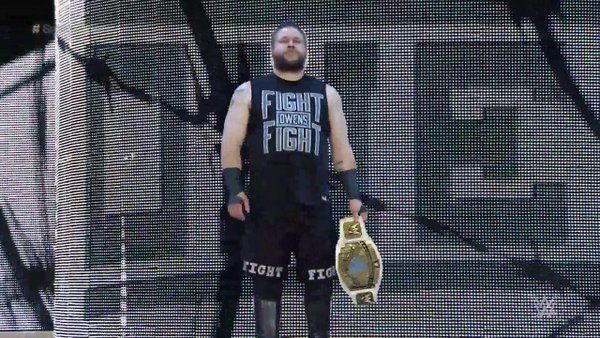 On his first WrestleMania match: “I watched a tape when I was eleven years old of WrestleMania XI and that’s what made me decide that I was going to be a wrestler and that I wanted to be a WWE superstar. So to be apart of it this year and to have my first WrestleMania be the biggest one of all time, It’s obviously pretty special I’m really psyched, and I’m just gonna do everything I can to make sure that my part on the show stands out and that people are talking about me when the nights over.”

On having six challengers at WrestleMania: “Well you know everybody gets really excited around KO Mania time, everybody wants to be a part of the first one obviously, the first ever KO Mania and the Intercontinental Title is so prestigious and I feel like for the last ten months I’ve been doing some pretty great things in WWE and I guess everybody’s gonna wanna get a rub from me just by being associated with me and I guess some of these folks made the poor choice of trying to attack me, to try to make a name for themselves. That’s all well and good, people might think that being a seven man ladder match for the Intercontinental Title works to my disadvantage but it’s just more bodies for me to attack with ladders and once I’m standing over them proudly with the Intercontinental title raised proudly above my head, I show everybody KO Mania’s all about, I feel like all those guys will realize what a mistake they made.”

On AJ Styles’ hair: “I mean look, AJ Styles, he called himself phenomenal, I don’t know about that, but he’s great. Tremendous performer, a great athlete, but he’s got the same haircut as my aunt and I can’t look past that. I’m sorry but it’s true. That’s the truth. My aunt’s like in her fifties and she’s a woman. AJ Styles is not a woman and he’s not in his fifties and I feel like that haircut’s unacceptable. But I feel like it could work to his opponent’s advantage once in a while because it gets in his eyes and he can’t see. I don’t know he can keep it if he wants I’l just keep making fun of it.”

On blocking people on Twitter: “I feel the key is, even though I will call some people out for the stuff they say about me on Twitter, I keep it as a respectful as I can and it’s never unprovoked. I’ll never go after somebody just for the sake of going after someone. If I tweet back at somebody, if I fight back let’s say, it’s because they started it and they deserved it and I feel like I’ll never step over the line but I’ll make sure that these people know that you can’t just tweet at someone and think there will be any consequences and you can do whatever you want and everything’s good. I block lot of people. As many people I respond to, I block way more people. Like anybody that says anything that I feel is disrespectful in any way, I block. I’ve blocked people for saying I was their second favorite wrestler. You’re blocked. Why are you telling me I’m your second favorite wrestler that’s disrespectful I should be the first? If I’m not, don’t tell me. And a lot of people will come back and have their friends come and say, ‘Oh can you unblock this person he really didn’t mean to offend you.’ Well no and then I block that person too and it’s a vicious cycle but I really enjoy it.”