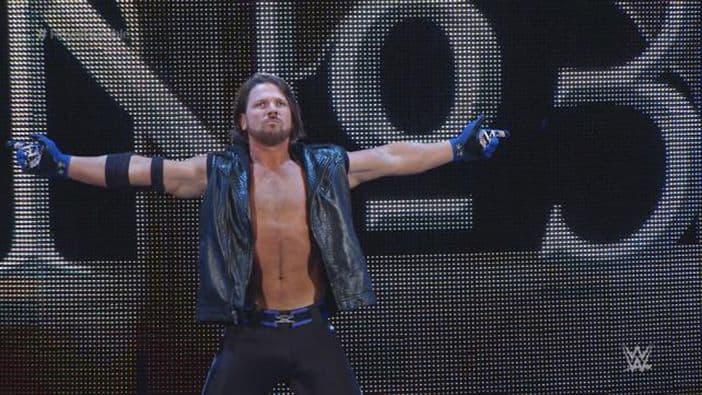 – The UK Mirror recently interviewed WWE Superstar AJ Styles, who discussed his feud with Chris Jericho, his thoughts on possibly forming a stable in the promotion, and more. Below are some highlights.

Styles on Jericho kicking out of the Styles Clash at Fast Lane: “Well, I mean, it is what it is. I’ve had people kick out of the Styles Clash before – it’s not something that hasn’t happened before. It’s just one of those things, it was part of the match, that was a very good one. The finish came shortly after that with the Calf Crusher like you said. It was still a great match.”

Styles on using the Calf Crusher as his finisher: “Well I hope to have more than one main weapon, I have the Phenomenal Forearm that’s what we’re calling it now, the Calf Crusher, and the Styles Clash is still available. I like to have a lot of offensive moves to hit people with and whatever seems to work best is what I’ll go with.”

Styles on if he would lead a stable in WWE: “Well, you never know when that might happen. You just never know who you’re going to team up with and have everything fit as it should, which is unbelievable. You never know… I could definitely see something like that happening.”