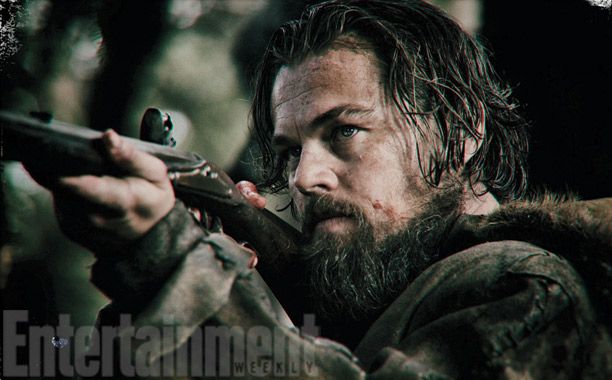 There were two reasons why Leonardo DiCaprio’s big triumphant Oscar win fell flat earlier this year. The first was his epic rant about global warming, which is never something to inspire the masses. Politics shouldn’t have a place at awards shows but this is the Oscars, of course, and as such they’re to be expected. The other is that The Revenant wasn’t that good of a movie and DiCaprio was outshined in his own film once again.

Based off the novel of the same name by Michael Punke about Hugh Glass. Glass, whose story is at best embellished if not an outright fraud, made himself famous with a harrowing story about surviving a grizzly bear attack during a fur trapping expedition. The story has it that Glass, mauled and left for dead by his compatriots, managed to get revenge for his son’s death by managing to make a 200 mile trek back to civilization. From there it’s revenge on Fitzgerald (Tom Hardy) who both killed Glass’s son and left him for dead.

The film is a technical masterpiece as Alejandro G. Iñárritu has given us a film that looks and feels like an epic tale of survivorship. This is a glorious film to watch in that regard; he’s taken the time and effort to turn this into an authentic period piece, warts and all. He takes an opening scene that could’ve been shorter, and less intense, and turns into arguably the best action sequence of 2015.

Iñárritu takes that and crafts a terrific tale of survival out of it. Tom Hardy steals most of the movie as Fitzgerald and that becomes a big to do because he should’ve been the one to win an Oscar from this film. Not DiCaprio. The justification for DiCaprio’s win seem to revel in the physical abuse he went through for the part, but throughout the film he’s consistently outshone by the rest of the cast. This is a film that was the right one at the right time for DiCaprio: After Julianne Moore won an Oscar a year ago he became the resident actor with the mantle of “Best or biggest without an Oscar.”

This is his Scent of a Woman moment, where it feels obliged as opposed to overwhelmingly in approval of. Hugh Glass is supposed to be a rugged, manly man and Leo feels like a high school student trying to act like one. It’s why Hardy looks and feels so much more important; he’s got that inherent masculinity that someone like DiCaprio doesn’t. His Hugh Glass is a tough man, and a survivor, but DiCaprio doesn’t have that masculinity needed. There’s a reason why he was a better fit for that trophy as Jay Gatsby or as Jordan Belfort in Wolf of Wall Street instead of this one; they embrace the sort of persona that DiCaprio as instead of the one he wants.

The Revenant itself falls slightly flat because of it. This is a tale of manly men and DiCaprio isn’t that.

An EPK piece and that’s it.