We’re back today with both Bob’s Burgers and Archer episodes, creeping closer and closer to catching up with both shows. Today, a friend of Bob comes for a visit and gives Bob a very generous offer. It has to do with Tiki. This was a bit of a strange one, going to some places we haven’t seen before. But there’s a talking pineapple, sooo… 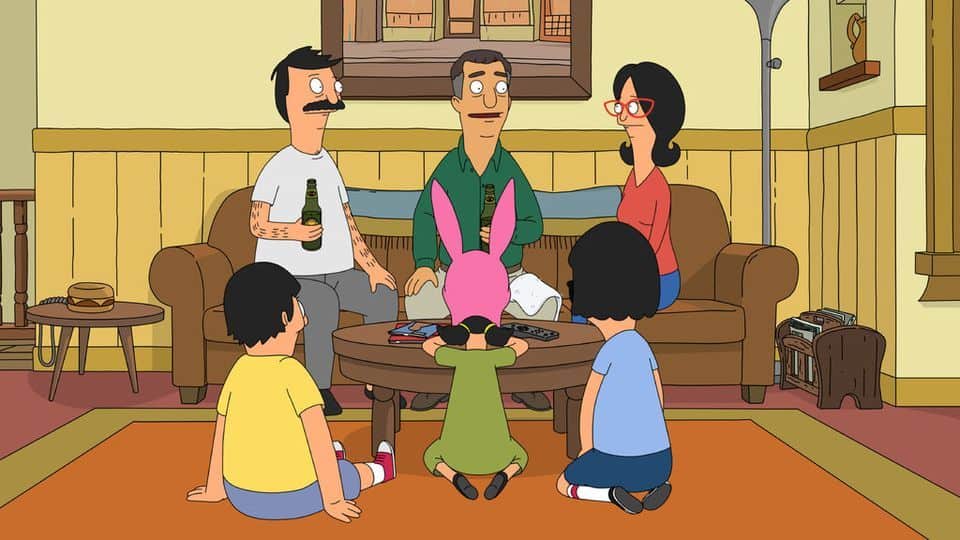 1. It’s a surprise this premise hasn’t been done

Bob’s Burgers has now been on the air for six seasons. The basic plot has remained the same: struggling business owner stands by his product while his wacky family helps him live out his dream. So it’s kind of shocking that there hasn’t been an episode in the past where a wealthy customer finds Bob’s burgers delicious and looks to infuse some cash. It makes sense that it would come from Warren, a character that has been mentioned many times as Bob’s “best friend,” though this is the first time we see him.

2. But the thing is, it’s mighty predictable

Before Warren has even offered Bob the money, we have a sense of where this is going. Rich friend comes in, offers huge amounts of money, wants to change the restaurant, causing a crisis for Bob. And that’s what happens.

3. And by the rule of sitcoms, we know it’s doomed from the start

Warren is offering Bob $100,000. That is a lot of money. That is buy a new location money. That is put all three kids through college money. So it is money there is no way Bob will ever get his hands on. It would completely change the trajectory for the show, which might be cool, but after six seasons seems unlikely. 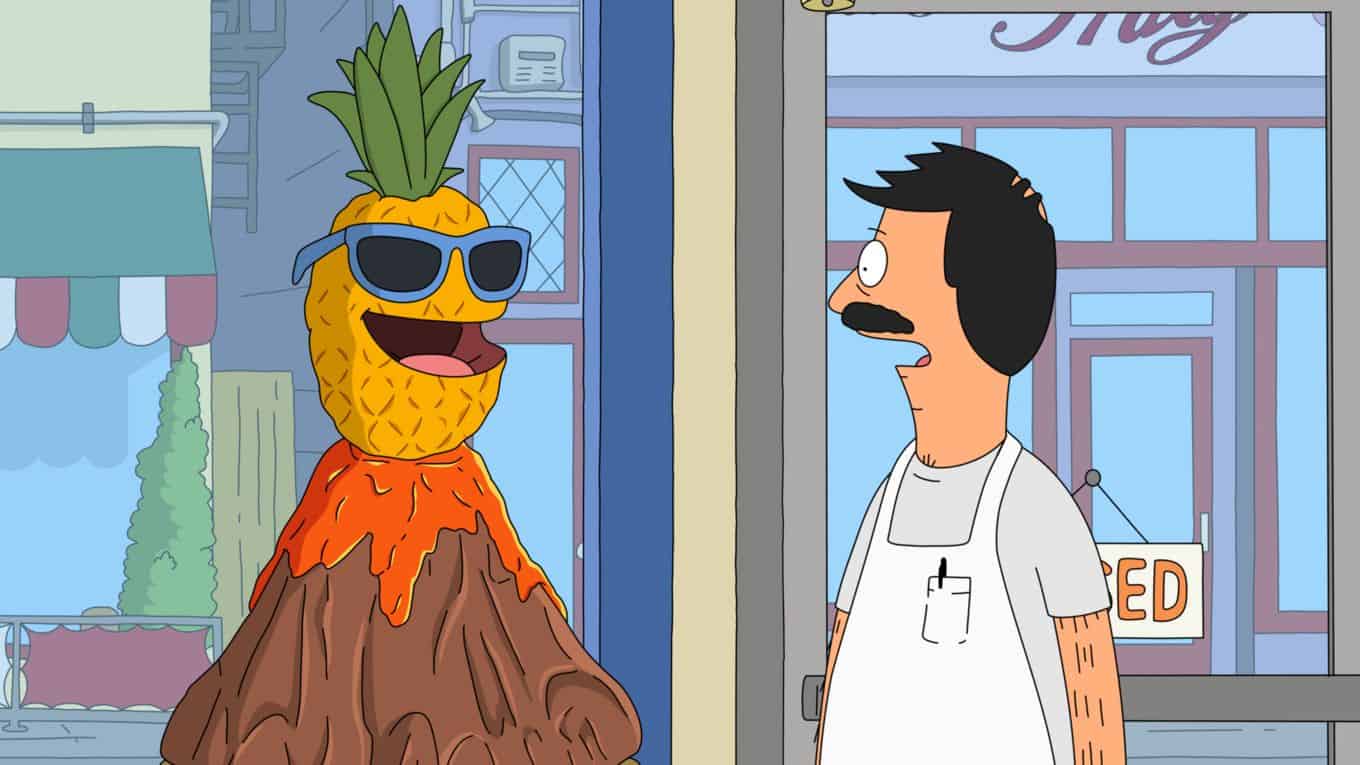 Gene is banished from his room so Warren can have a place to sleep, which means that Gene is sent to the living room to sleep. He creates a little alcove for himself and has the TV to watch. He dubs his mini paradise “New Geneland.” It’s the only real sustained joke that the kids have, and the closest thing the episode gets to a B-plot.

5. Chris Parnell is a welcome addition

Chris Parnell has shown his ability to do excellent voiceover work with Archer, a sort of mirror image to Bob’s Burgers. His character slips easily into this universe, partaking in witty repartee with the parents and kids alike. He’s good-natured and easy going, and it’s very clear why him and Bob are such good friends.

6. It’s too bad this episode isn’t taking any risks

Like I said, this episode is pretty straightforward. There are plenty of moments where it could have gone differently, or taken a right turn. But the writers decided to go straight down the middle, not allowing any surprises or deviations in formula. Which is frankly too bad.

7. Perhaps a musical number would have done the trick

Musical numbers usually happen between two and four times a season, depending on what the mood is of the characters. A musical number would have been a great way to break up the monotony of this episode, and would have fit perfectly into the arc. A missed opportunity. 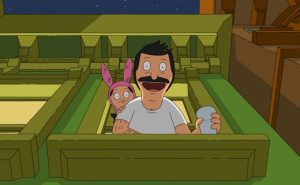 8. Bob is kind of the inverse of Jimmy Pesto

Of course, this is the whole point of their rivalry. Bob is a terrible businessman, but has great food. Jimmy Pesto is a great businessman with terrible food. Never has this been clearer when Jimmy Pesto comes into the newly tiki-fied restaurant and compliments Bob on the new renovations. Bob eschews the easy trap of gimmicks, believing the quality of his food is his biggest selling point. But since the people of this town have been shown to be remarkably stupid, it’s clear that they need something flashy to get them in the door.

9. The kids didn’t get enough time

The best we got was Geneland, which was funny, but not particularly compelling. There was a nice coda at the end when Louise finally usurps Gene in New Geneland, but is thwarted by Bob when she tries to watch the TV.

It’s shame, because this season has been really great. But this episode just sort of fell flat.