Major parts of DC Universe: Rebirth #1 leaked a few days ago. We chose not to cover that because, well, we’re fans of the comics medium first and foremost. We don’t want to harm, but enhance your comic book reading experience.

Yes, we do spoilers to, but we do them the day of the release of the comic book not 5 days before the release date of an issue.

Since that leak 5 days ago, several sites have covered those spoilers. DC Comics has also revealed key story beats and developments in interviews with USA Today and other press. 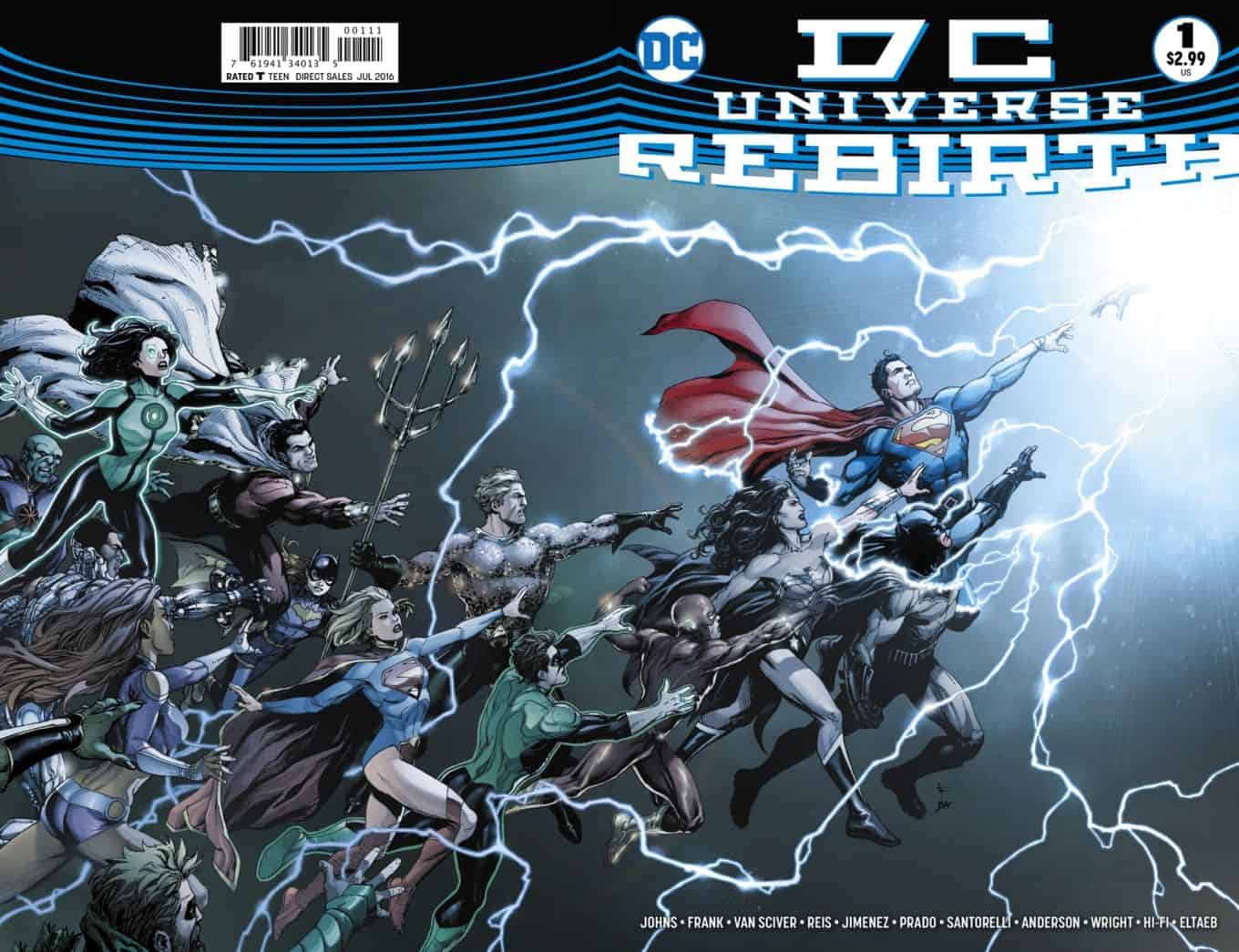 DC Universe: Rebirth #1 looks like it will be fun and pits the DC Comics prime hero-verse against the a major character from a book from the 1980’s that in a big way ushered in the dark age of comics. Well, DC Universe: Rebirth #1 and the DC Comics Rebirth initiative intends to bring hope and and optimism back to comics; doesn’t mean their won’t be dark in the DC Rebirth publishing line, but it won’t be the only tone.

With that, here is DC Comics multi-page preview of DC Universe: Rebirth #1.

Below are the first 6 pages of DC Universe: Rebirth #1 in order. There are 4 news pages here.

Has the whole 3 Jokers thing has been overblown on social media based on the below?

We get the words of the narrator for DC Universe: Rebirth #1 setting up the issue.

Ginger, and older, Wally West is back… dead no longer!

Don’t worry, bi-racial younger Wally West remains too. Turns out they are both named after their grandfather Walter West, but bi-racial Wally’s dad is Daniel West, the Reverse Flash of the DC Comics New 52, while older Wally’s father is Rudolph West, who was Manhunter secret agent during Millennium.

Looks like Ryan Choi will be DC Comics’ Atom, I think. 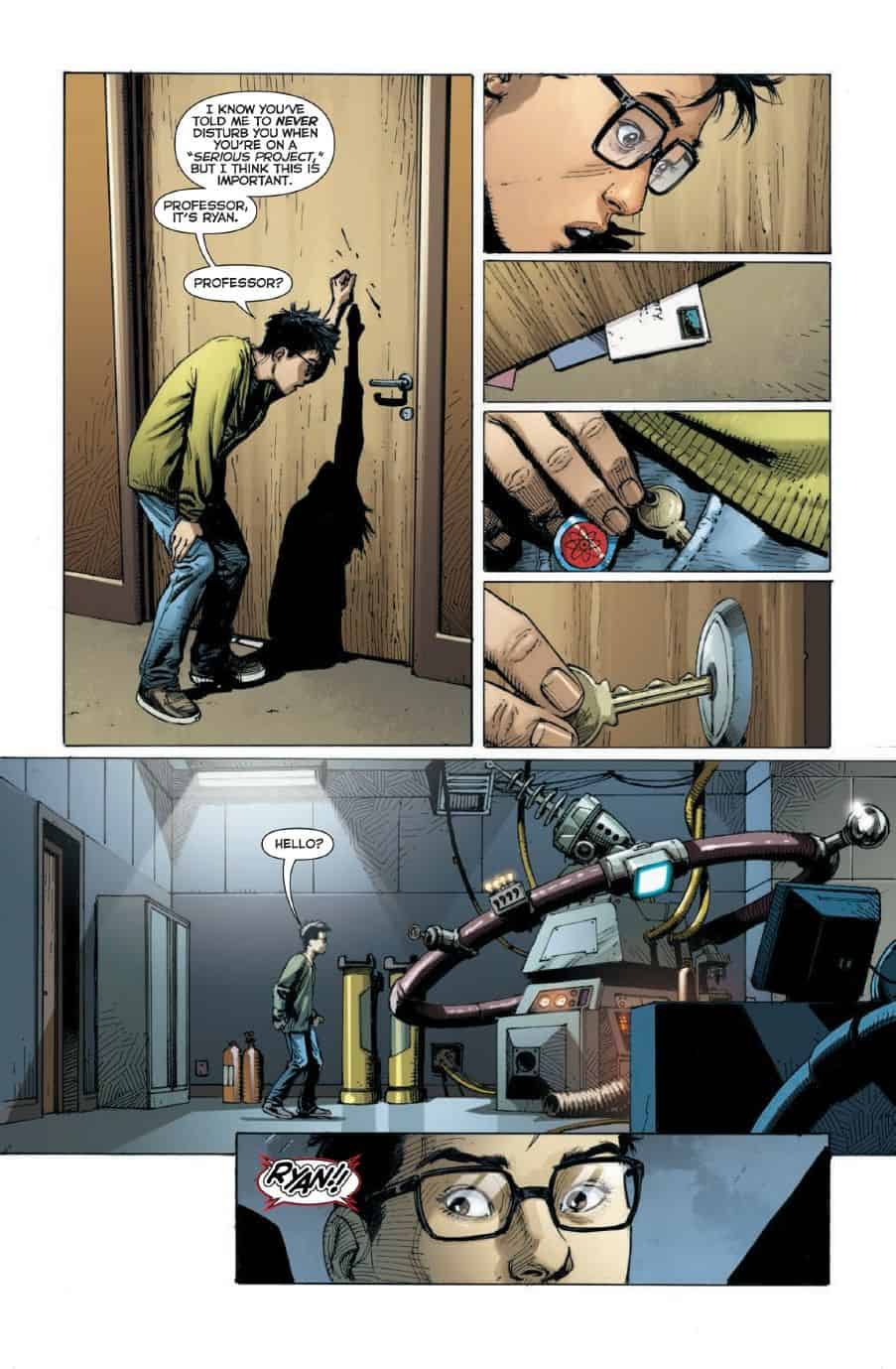 He’ll start by saving perhaps the original Atom Ray Palmer from a microverse that fans will remember from his Sword of the Atom days.

Jamie Reyes is DC Comics’ active Blue Beetle who is supported and mentored by Ted Kord… dead no longer! 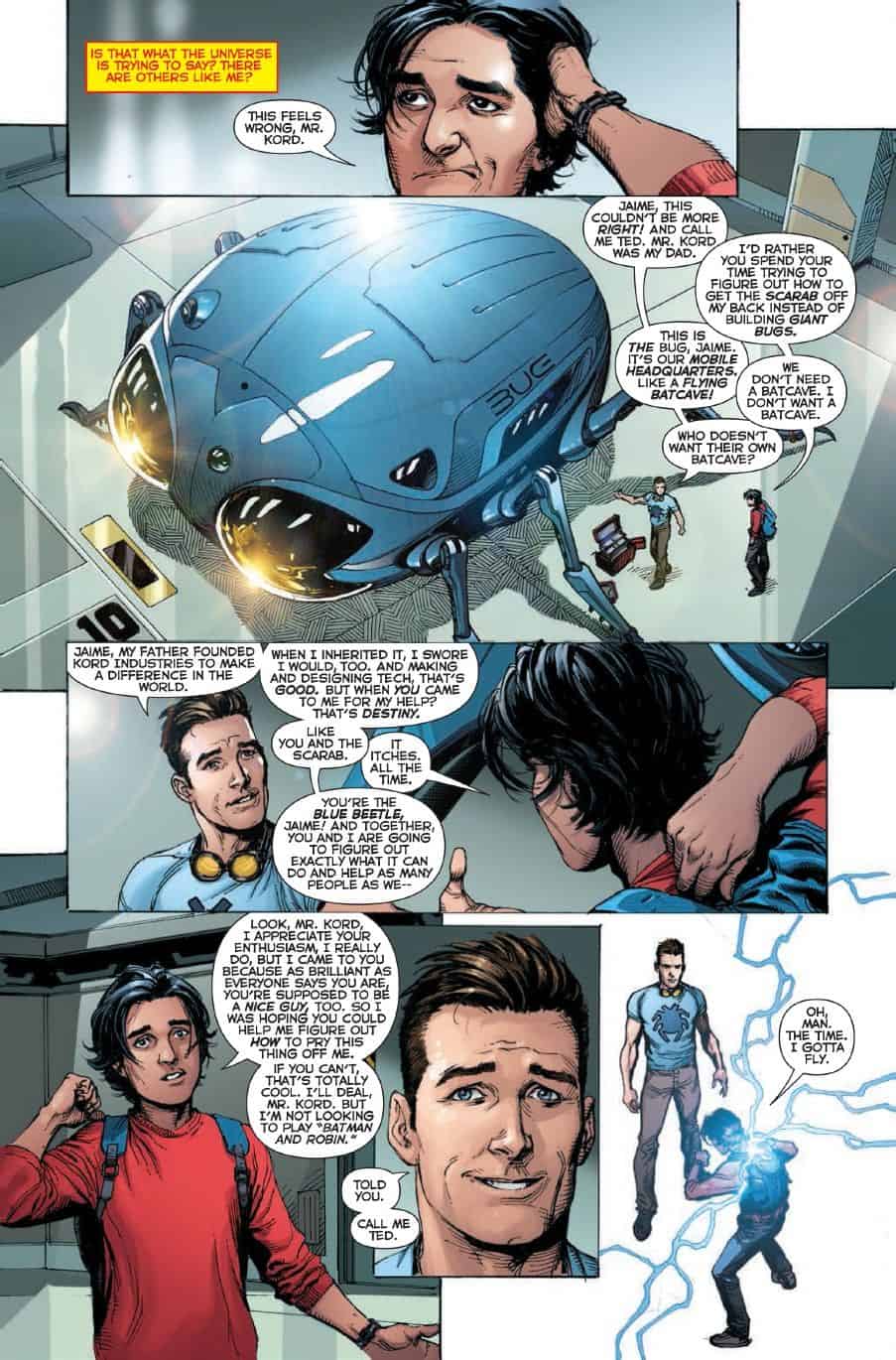 Turns out the Blue Beetle scarab is actual magic not alien; we see a new Doctor Fate debut too! 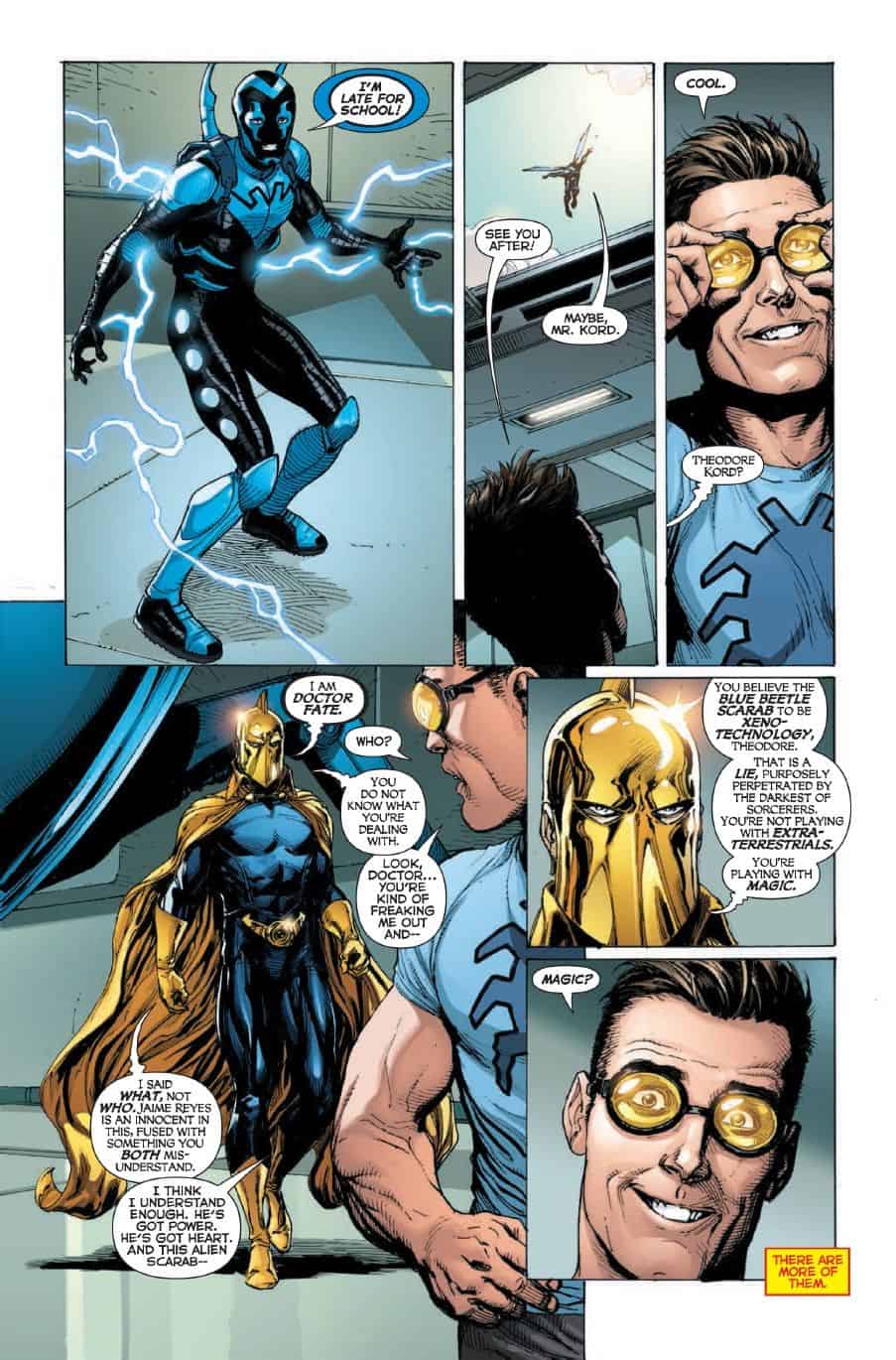 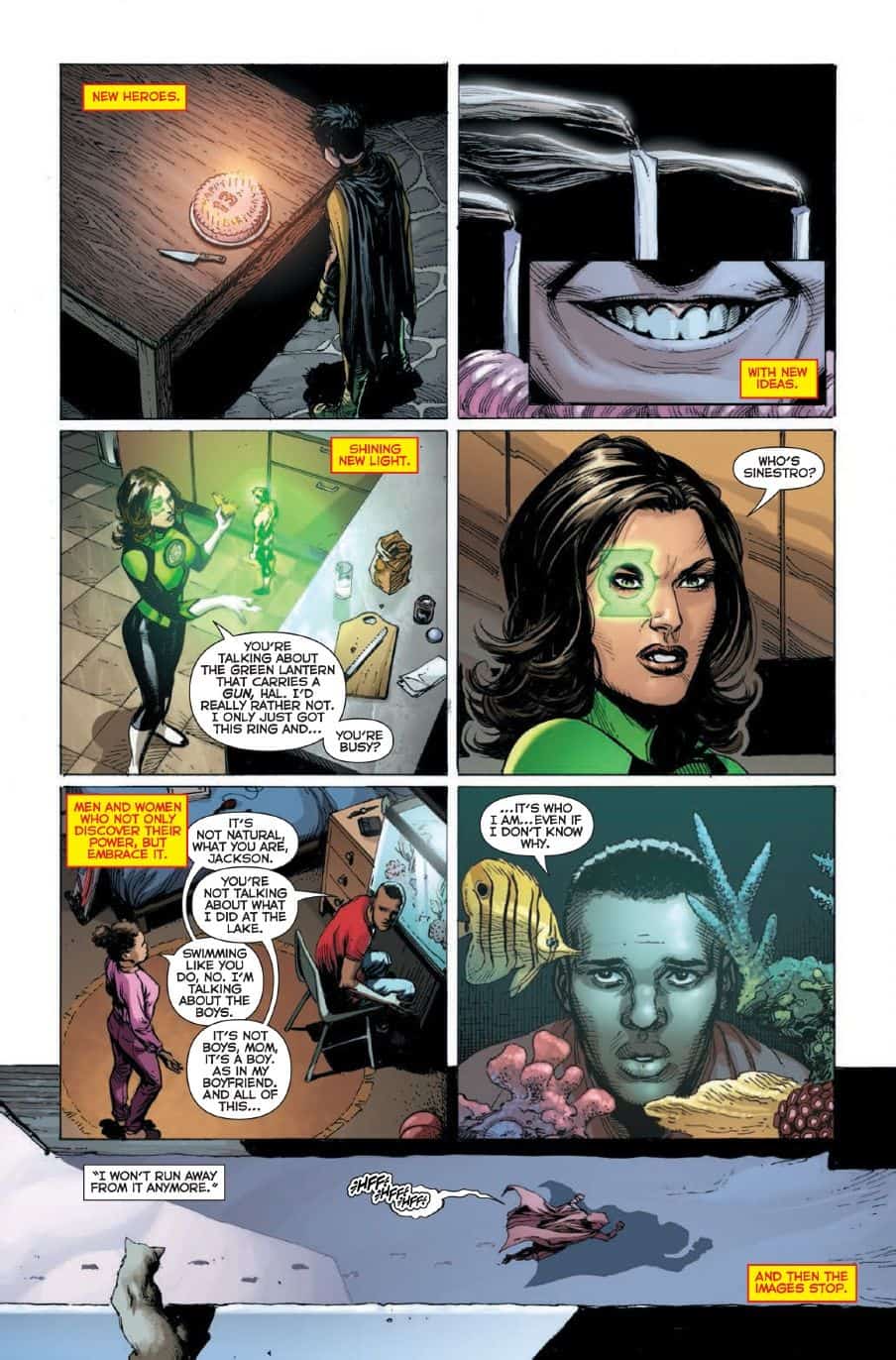 The pre-Flashpoint family man Superman is about to assume the role of THE Superman of DC Comics’ Rebirth. 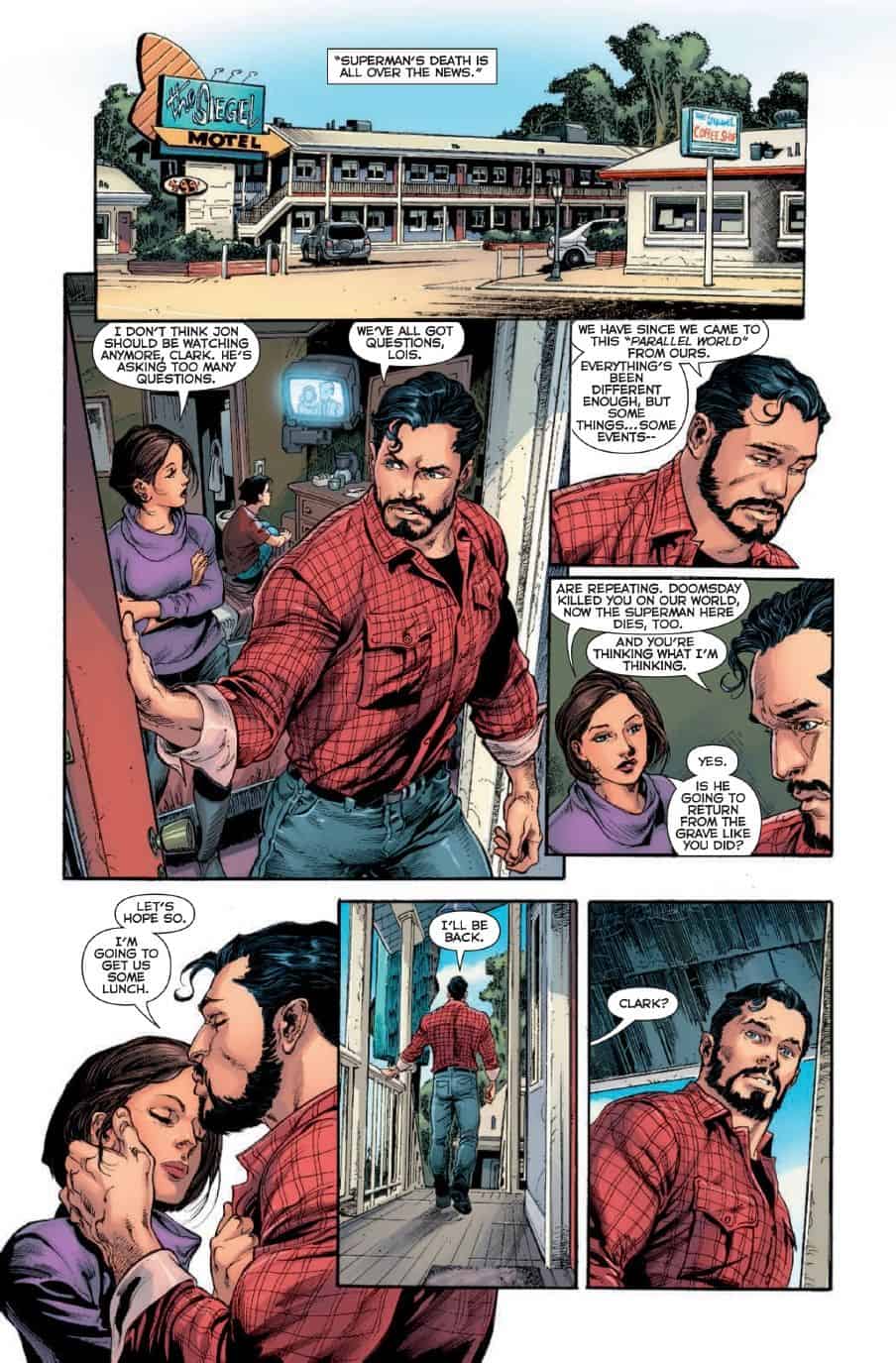 Dr. Oz seems set up as a foil for him and his family. 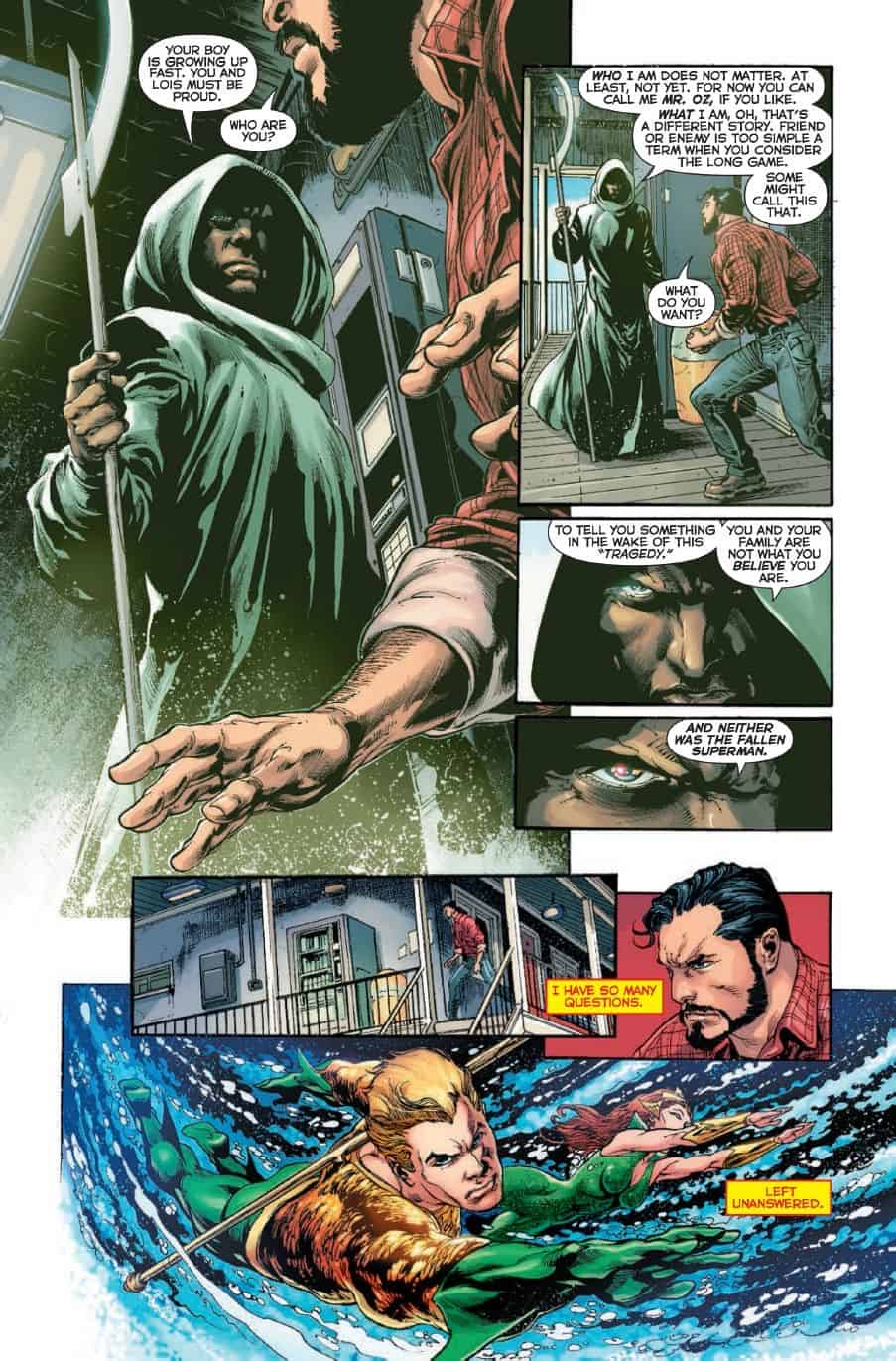 Aquaman is ready to settle down and make Mera an honest woman.

Captain Atom is back and the love of Green Arrow and Black Canary is about to be reawakened.

And. Wally West is back! His story is the DC Universe: Rebirth #1 story. He’s the book’s narrator. Nice to see Barry Allen remember him.

Wally West’s first visit on this Earth is Batman because on any Earth he is the world’s greatest detective.

Wow. That was a lot to go through.

Ready for DC Universe: Rebirth #1? There’s a whole lot more to this book beyond the reveals that have been leaked so far and beyond this official preview.

Looks like the second half of 2016 will be good to DC Comics and its fans, new and old.