Mick Foley on Interviewing Shane McMahon, Vince McMahon’s Opinion of Him – “Deep down he respects my opinion” 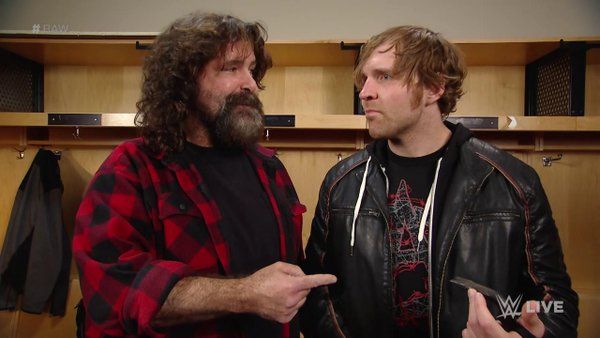 Mick Foley appeared on Sam Roberts’ Wrestling Podcast for a new interview. Some highlights are below:

On coming up with his own promos during his active run in WWE: “I think I went 10 years without listening to my wife because I was cutting promos in my head. The downside to today’s more structured WWE environment is that people aren’t thinking for themselves as much. The upside is maybe the guys might listen to their significant [others at home] and maybe leave it at work. It’s not a 24/7 thing where you’re escaping into an alternate reality. Your eyes are blinking. Your fingers are twitching. And my wife would go, like, ‘you’re cutting promos aren’t you?’ I’m like, ‘yeah, yeah.’”

On doing the Shane McMahon podcast instead of Steve Austin: “Steve Austin had just had shoulder surgery and when I asked him if he was okay with it, he said, ‘hell yeah, kid. The last thing I want to do is to be walking through an airport with shoulder surgery. Go out there and have a hell of a show.’ And I think [Chris] Jericho was actively on the roster and I think Mr. McMahon [and] Kevin Dunn thought that I had some background as a journalist and I was writing my books and thought that I had the respect of the boys and the respect of Shane. And we had the cell in common. If Vince gets an idea in his head, [or] a gut feeling that I’d be good in this interview, he just sticks with it.”

On rumors that Vince McMahon was angry with him over his WWE criticisms: “There was another time when I showed up on RAW in October 2014. I had a really good segment with Dean Ambrose and it was thought that I had heat with the company then. And during a meeting, the writing team was wondering what they might be able to do to make that segment special and Mr. McMahon said, ‘well, how about bringing Mick Foley in?’ And they said, ‘I thought he had heat with the company.’ Vince said, ‘I don’t give a damn if he has heat with the company. Can he make the segment better? Give him a call!’ [Vince] is the best and deep down he respects my opinion. He says he doesn’t always agree with it. He respects that I have one and that I’m still passionate about it.