WWE has revealed the brackets for the Cruiserweight Classic.

The show debuts weekly next Wednesday, July 13, 2016 on WWE Network 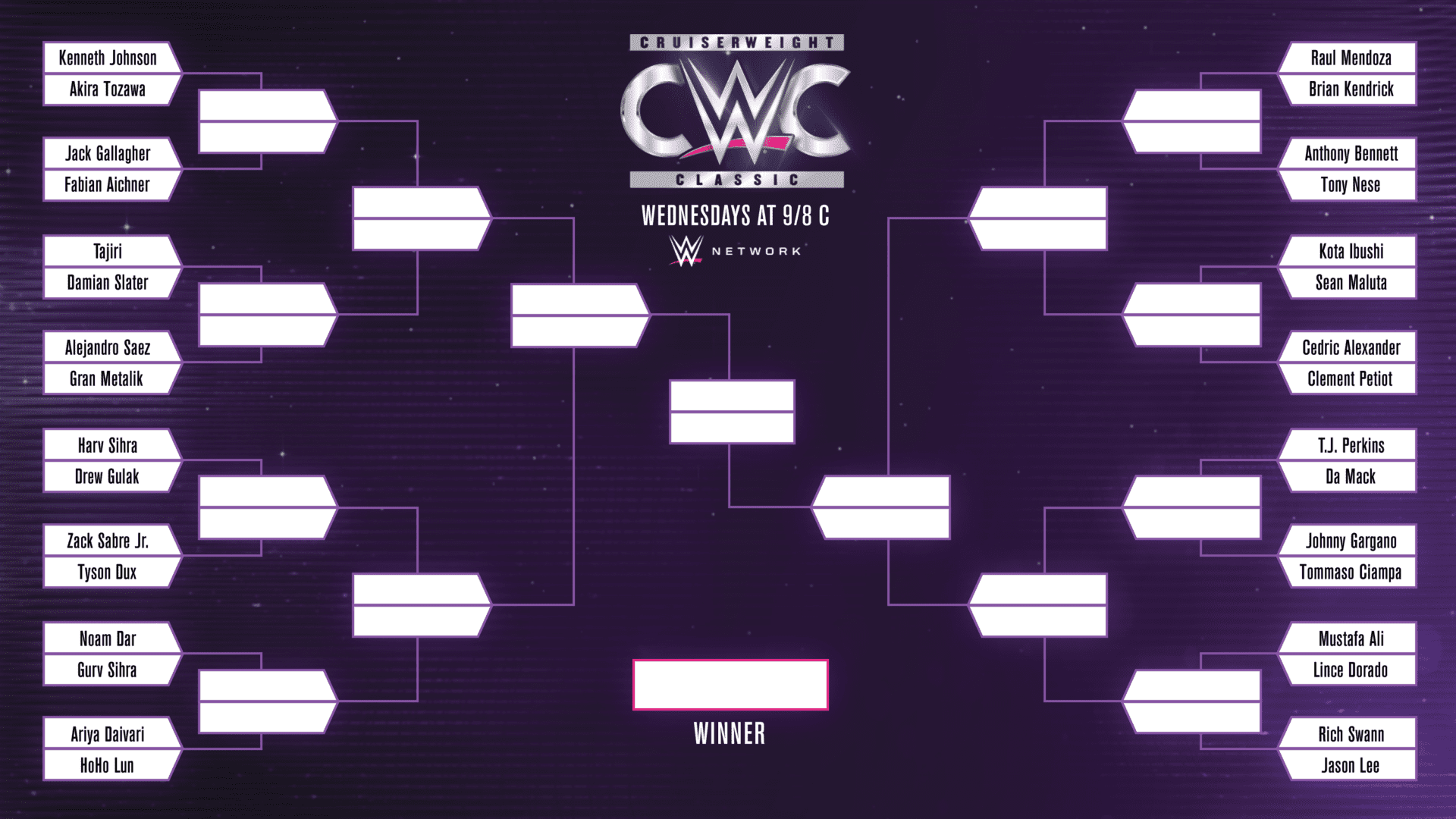 The Cruiserweight Classic bracket will be revealed during CWC: Bracketology, hosted by Mauro Ranallo and Daniel Bryan, tonight at 9/8 C, only on WWE Network!