Week Seven sees us with Hal Jordan and the Green Lantern Corps Rebirth #1 and Nightwing Rebirth #1 one-shots hit the stand. 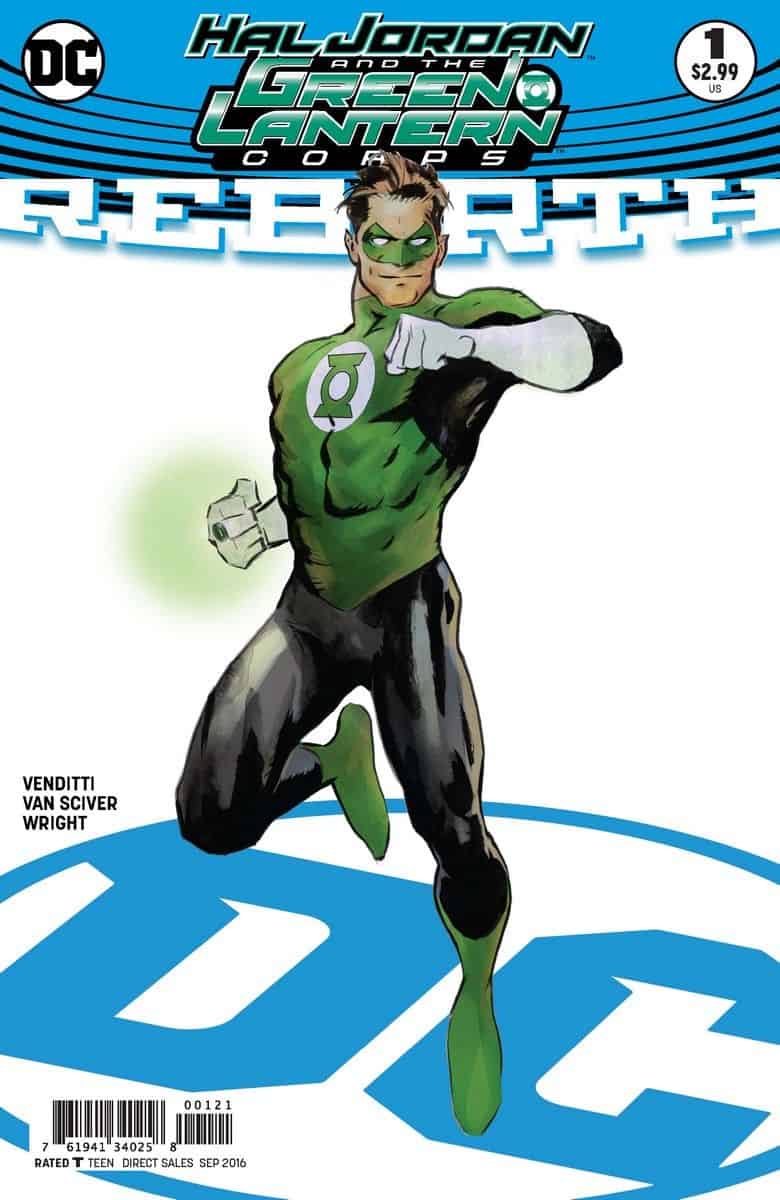 The book opens with a recap of Hal Jordan as Green Lantern history and why he’s wearing the gauntlet instead of the ring right now.

Then we a get a recap about the missing members of the Green Lantern Corps including Guy Gardner and John Stewart, White Lanterner Kyle Rayner and others.

But Hal Jordan is going to fix it all and get his Green Lantern ring back. 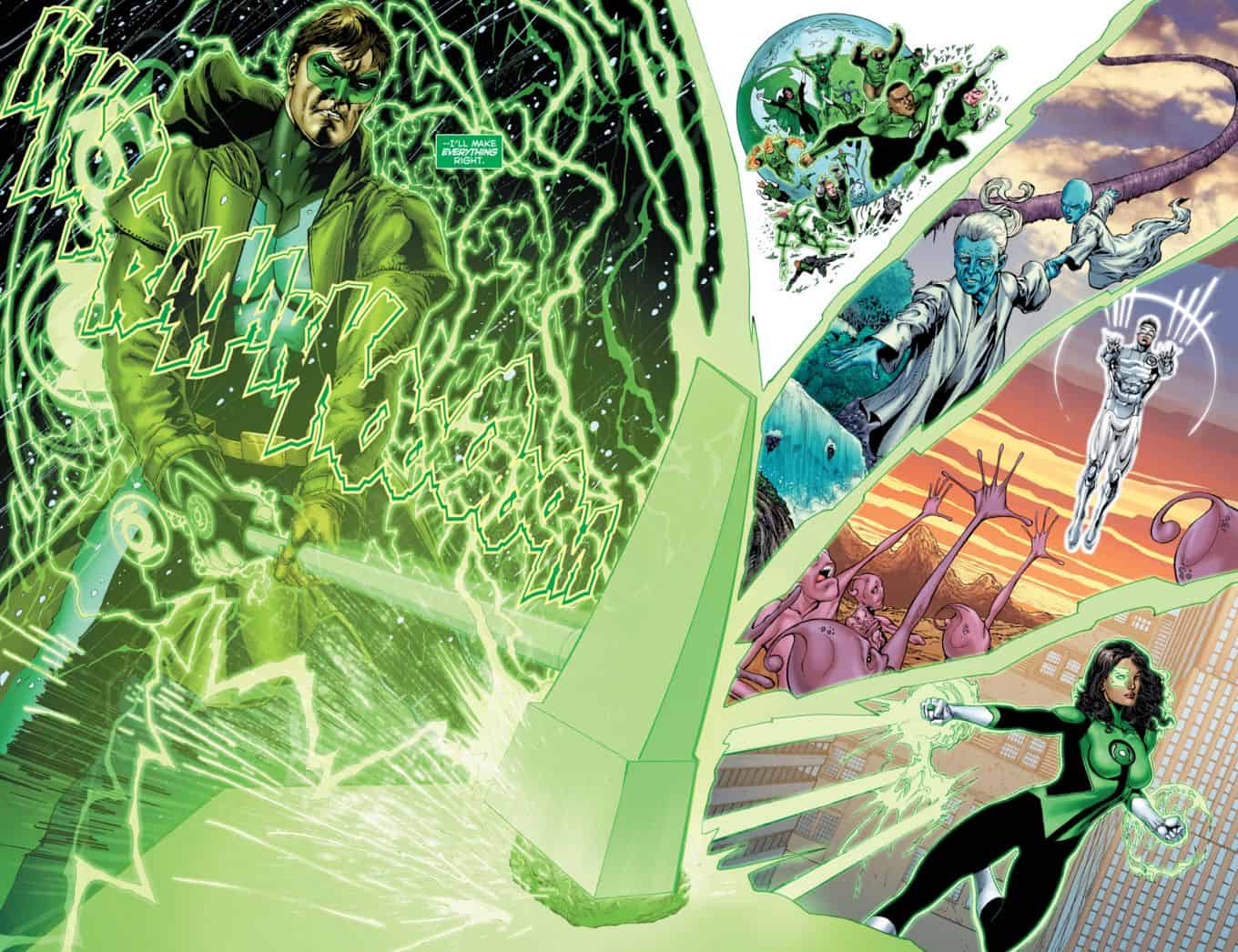 His action has reverberations across the wielders of the power of the emotional spectrum.

…but his action has spurred Sinestro, who has moved his War World to Sector Zero where Oa used to be, to approach Parallax again. Sinestro is on the path to be powered by Parallax again.

Hal Jordan shuns the gauntlet, puts the Green Lantern ring on, recites the oath and…

… cause a ruckus while he’s at it in typical Hal Jordan as Green Lantern style.

Overall a really well drawn issue; amazing art. The story was important to important to return Hal Jordan as Green Lantern, but there remain a lot of unanswered questioned about the GLC, Kyle Rayner and others emotional spectrum wielders. I’m eager to see what happens next.

We also see the outcome of the mission Grayson took with Midnighter as Dick removes the bomb that is in Damian Wayne left over by the Court of Owls in Robin War.

Who is the assassin? A Talon? A new Owlman? Earth 3’s Owlman? Someone else? I’m intrigued.

Through the issue we see why Dick Grayson is unique from the other Robins to Batman and why he took the name Nightwing.

He also is using his Nightwing identity to infiltrate the Court of Owls, something set up by the end of Robin War months ago; so looks like we’ll still get the spy element of Grayson with the super-heroics of Nightwing in his ongoing series.

So glad to see Nightwing back!

Overall, another great one-shot on the art side. So glad to see Dick Grayson back as Nightwing and prepared to tangle with the Court of Owls. Sad to see Lincoln March’s Owlman gone, but will be intrigued where the Earth 3 Olwman will fit into Nightwing’s ongoing Rebirth series. This is a recommended read.