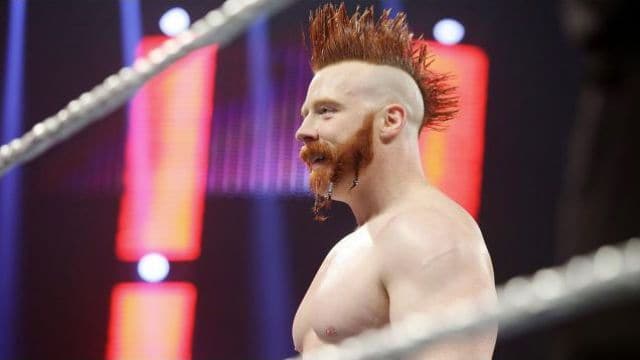 You have to give it to the Celtic Warrior, he really did try to sell Ryder as a threat on Raw, even though they wouldn’t actually let him lose to the guy. 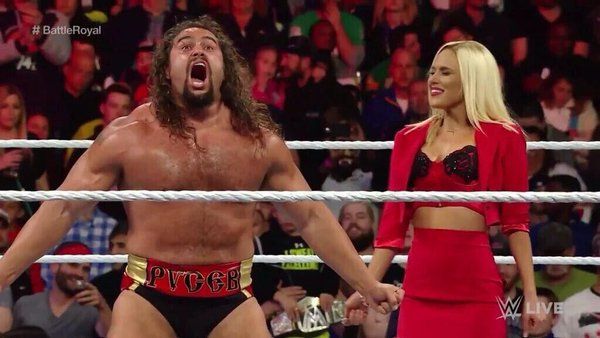 Given what happened to Ryder on Raw I am not hopeful for his chances when challenging the Bulgarian Brute. However if this takes place in the new era on Smackdown then maybe a victory by the Long Island Iced Z could represent the change that Shane McMahon has promised to bring.

Darren Young is in the same boat as Zack Ryder, a title win could represent the turning of a new page in the WWE. More likely here though he won’t take the title as surely Backlund is enough of a prop to keep him interesting for at least a few more weeks. The WWE keep on teasing the separation of Miz and Maryse through the draft but I highly doubt it will actually happen. *Apologies if I am wrong* 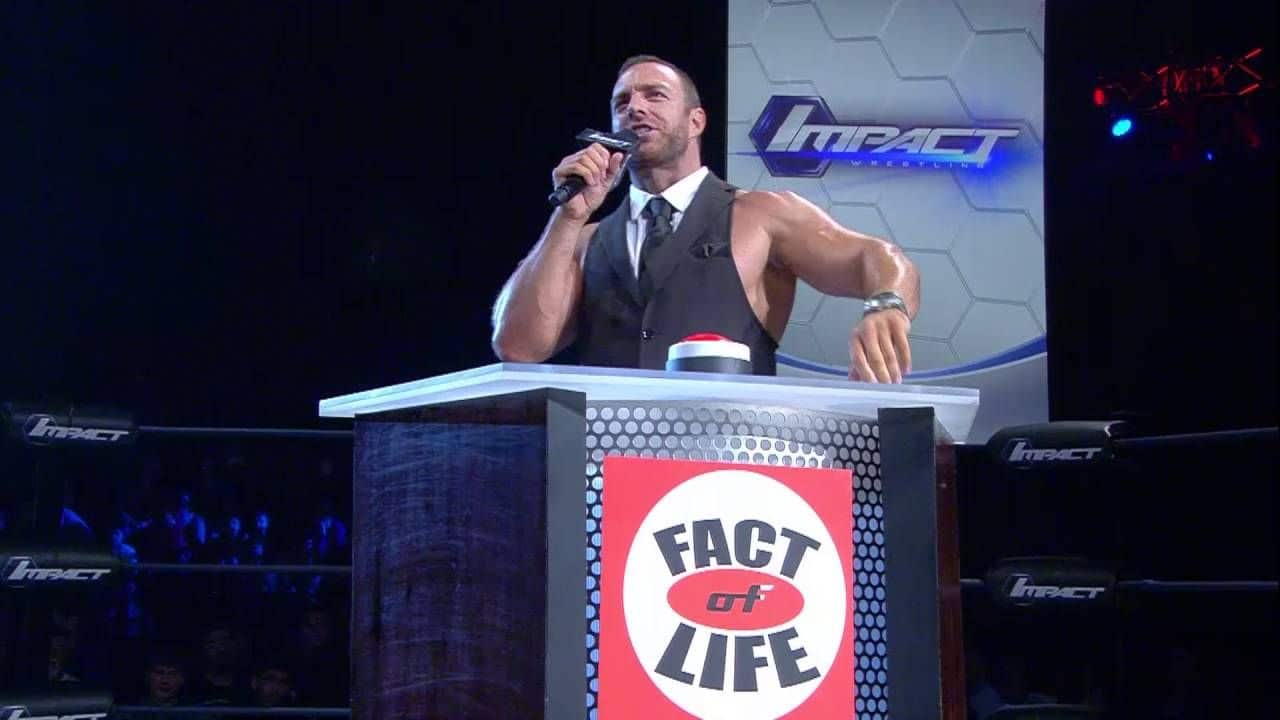 The King of the Mountain champ defended his title in true heel fashion on Impact by getting himself disqualified when things got too hot for him against James Storm. Like EC3 before him, Drake is becoming the hottest new heel act in TNA, outstripping the Miracle in terms of sheer heel like/dislikability. He is loud and obnoxious and has a knack for spewing out catchy soundbites that could stick around for a long time. 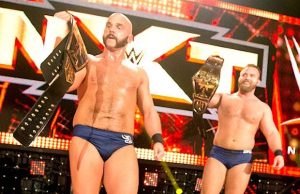 They soundly defeated American Alpha in a two out of three falls match on NXT to retain their tag titles. These two guys have been getting better week to week and I think having the belts helps them whether or not the Alphas are actually heading to the main roster in the near future. There is some worry to my mind over how they would do on the main roster since NXT has a very special atmosphere where you can learn as you go, whereas there, if you aren’t an instant hit you are likely to be relegated to the ranks of the Ascension pretty quick. 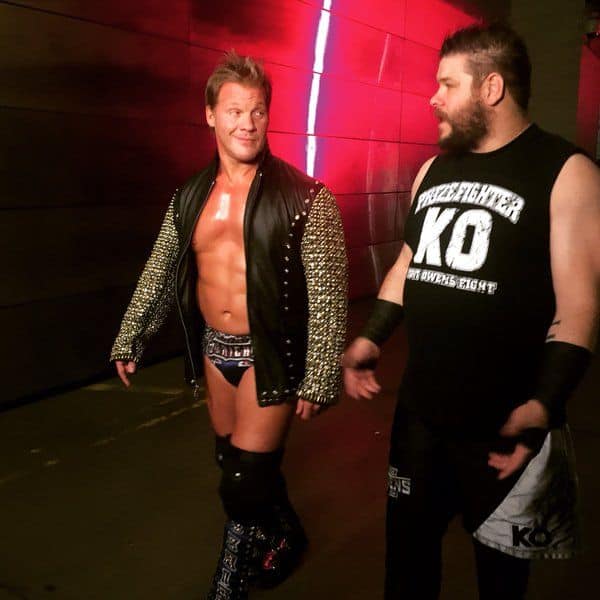 It’s going to sound stupid, but I really loved the stuff on Smackdown with Jericho’s scarf, and honestly I wouldn’t have minded if it had had more of a payoff with it in the match itself.

I’m still surprised that Jericho has remained around for this long, but if it had something to do with Kevin Owens then I wouldn’t be surprised, the two work off each other so well. They can make a conversation about a scarf entertaining and then there are also the faces of Dean Ambrose and Sami Zayn, who Jericho has had some good interactions with. Hell all you have to think about are the likes of Finn Balor, Austin Aries and Samoa Joe waiting on a call up from NXT and it gives you some idea of why Jericho might have stuck around!

Now we come to the most divisive match in recent wrestling memory. Some people think it was the greatest thing ever, and others think it was complete trash. I personally am more on the ‘trash’ side of things, I get that a lot of people view it as ‘so bad it’s good’, but I have some problems with that.

In my opinion wrestling fans have enough trouble convincing people that wrestling isn’t all utter garbage stupidity and so when a match goes as viral as this it only serves to hurt the overall image of wrestling. Sure it is something to laugh at, and as a fan that is fine, but for those who watch this as one of their first tastes of wrestling they will simply have their opinions confirmed. This overblown example of ridiculousness was everything people cite as being bad about wrestling and despite the funny imagery that is great meme fodder, it overall hurts the industry by its representation. 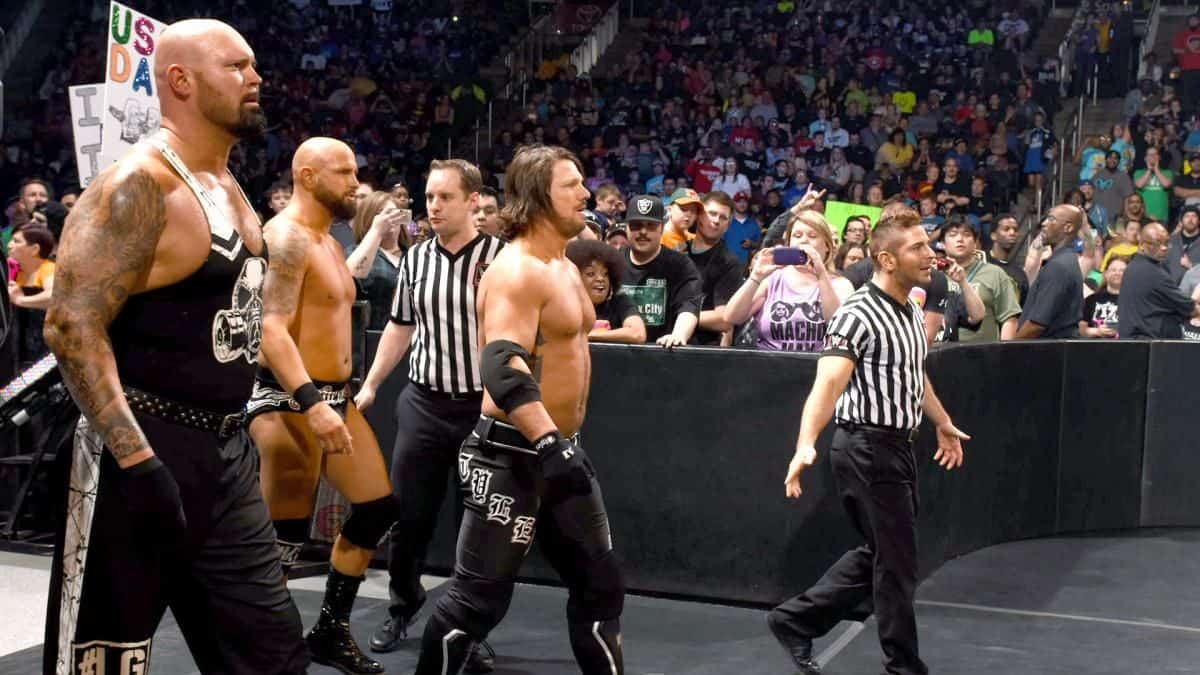 I hope these guys get to #BeatUpJohnCena at Battleground, and teach Big Cass how to have some charisma and self confidence in his promos too…Maybe that is too much to ask. Still I do hope they win at the PPV.

Styles has become a lot more charismatic than I remember him in TNA, and he works so well with Anderson and Gallows that this stable looks like it could really have some legs, just so long as Cena doesn’t cut them out from under them before they have got going. It’s really hard to forget what happened with the Nexus once Cena got involved and it just seems so short-sighted, it did then, and it still does in hind-sight. Things like that, as well as to a lesser extent his feuds with Owens and Rusev and involvement with Zack Ryder, make me somewhat doubt this nice guy image that Cena has. Luckily the Club, and especially AJ, have seemed to garner enough attention and respect in a short time of being in the company that they already hold some sway and they shouldn’t just be jobbed out, even if they do end up losing in their tag match, although I severely hope that doesn’t happen.

The Architect now has his own talking segment, let’s just hope no one has the bright idea to give Roman his own one too once he gets back!

You have to love the continued interactions between Ambrose and Rollins because the two work so well as natural antagonists to each other. Seth always wants to be sensible and considered, whereas Ambrose is just a shambling mess who can’t take anything seriously. They remind me of a sort of reverse Bret Hart and Steve Austin in terms of who is the heel and who is the face, at least for most of the dynamic. I could honestly watch these two feud for a good long while, potentially crossing it over with the ongoing Zayn-Owens rivalry at some point, and personally I don’t need to see Reigns involved in any of this any time soon.

Speaking of Owens, we were spoilt for choice on Smackdown with Ambrose as guest ring announcer and Owens on commentary in the main event. These guys make wrestling fun again.

I am really liking the new direction of Smackdown in general, at least over the past two weeks, and hopefully those two weeks are indicative of the way Smackdown will be structured going forward. There is something especially pleasing about the opening ‘earlier today’ segments that set up for matches and storylines later in the night since it gives the whole show direction and can lead to more interesting interactions, whether they be Jericho looking for his scarf or Jey Uso picking a fight with Seth Rollins in the name of his cousin.

Owens himself was amazing as always on commentary, interacting well with the three-man team and always having something to say. Then there was his claim of an unsafe working environment on Smackdown, getting Zayn removed from the very position that he had manned on the show before. These type of actions show just how smart, and cowardly, Owens is, especially when he mocked Sami on the ramp while he was being escorted out by referees. He loves to fight when he has the advantage, but not so much when he doesn’t. He is the worst type of person to compete against and that is why he makes such a great heel, he’s not interested in anything being fair or proving that he is the best. In his mind he is already the best and has no need to prove this, especially not at his own expense.

That’s all for this week, I’m excited to see what the draft brings and I’m glad that it’s Shane who’s running Smackdown and Stephanie on Raw since hopefully he will be allowed to take more risks with what is not considered the flagship show. Obviously there is a greater risk in taking over the property with a slightly more tarnished name, Smackdown having been considered the B-show for a long time, but then again look at NXT and where that was before HHH got involved. In the end quality is quality and I believe true wrestling fans respect that, so if Shane can bring it, then I’m sure he can bring in the viewers as well. We will just have to wait and see.