Maine promotion Limitless Wrestling has yet ANOTHER stacked card for their next summer show, Hook, Line, & Sinker! LW returns this Saturday, July 23, at the American Legion Post 84 in Orono, Maine! It starts at 7:30 P.M. sharp. You can also watch another Good Morning Maine feature about the show, plus an interview with LW promoter Randy Carver, Jr.!

Get excited about the full roster below! 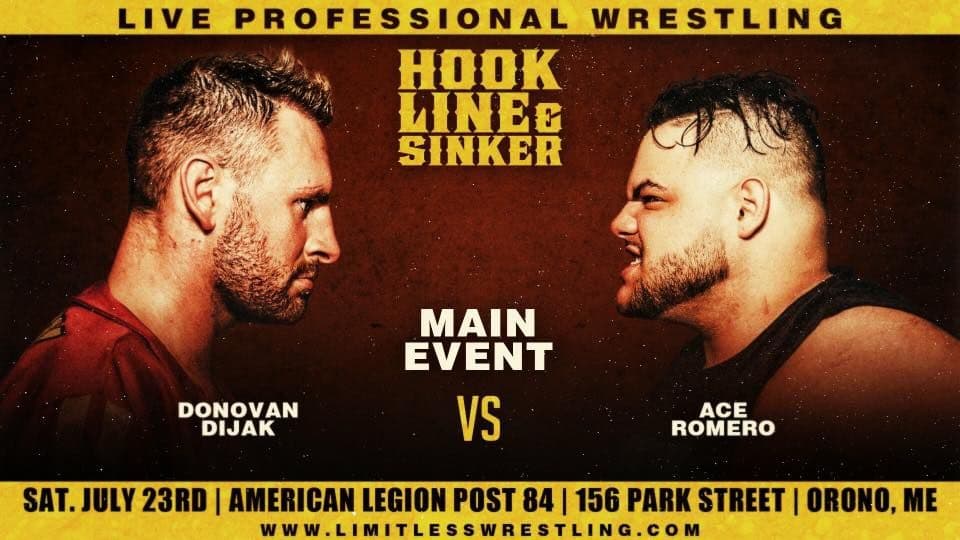 For the MAIN EVENT, Ring of Honor’s Donovan Dijak will face Maine’s own Ace Romero for the first time ever! 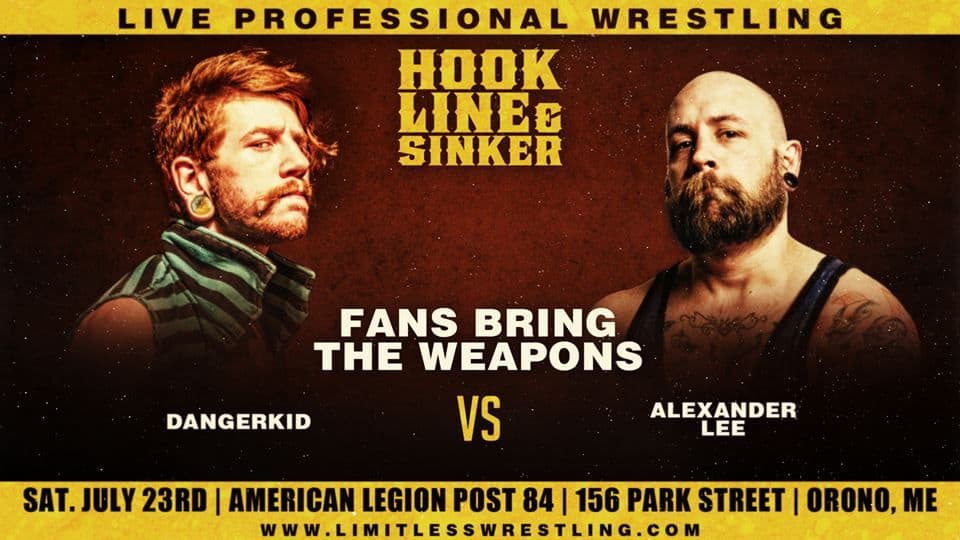 As declared as a stipulation at No Dropkicks in the Living Room in May, it’s DangerKid versus Alexander Lee in a FANS BRING THE WEAPONS match! LW fans have been waiting a long time to bring their toasters!

Lee has doubted DangerKid’s abilities from the start, and here’s what DangerKid himself has to say going into the match this Saturday:

This past May at No Dropkicks in the Living Room, DangerKid also faced his friend-turned-enemy, Aiden Aggro. Will he get another chance tomorrow night? We’ll find out! 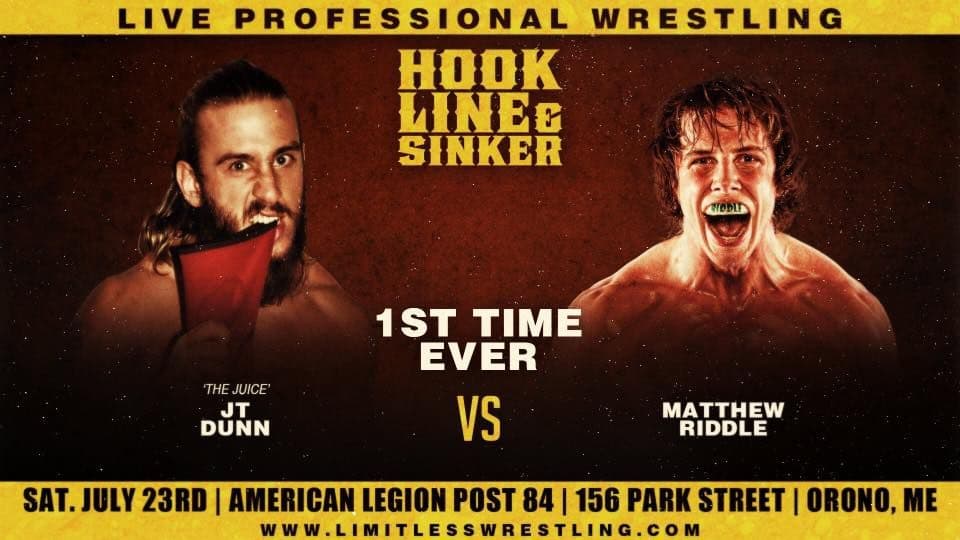 Get to know Riddle in EVOLVE’s mini-documentary! 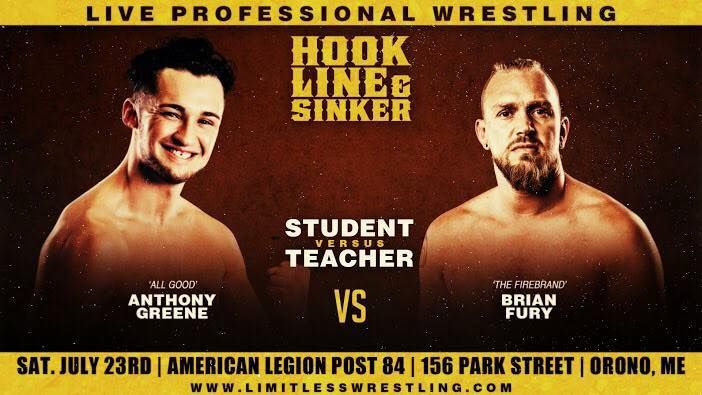 And it’s Student versus Teacher in a singles match between “All Good” Anthony Greene and “The Firebrand” Brian Fury! Fury recently announced on social media and on an episode of Wrestling About Nothing Podcast that 2016 will be his farewell tour year, so get hyped for this! Thank you, Brian!

This is Anthony Greene’s time to make his mark! 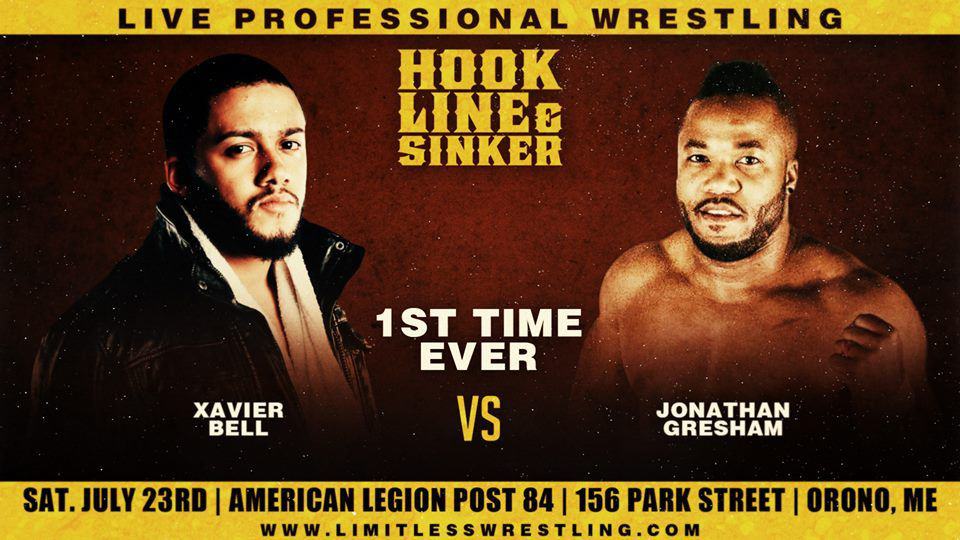 LW has yet another first time ever match for you – Xavier Bell will collide with one of the world’s best pro wrestlers, Jonathan Gresham!

Bell has lost his last two shots with Brian Fury and Tommaso Ciampa – will this be his time? 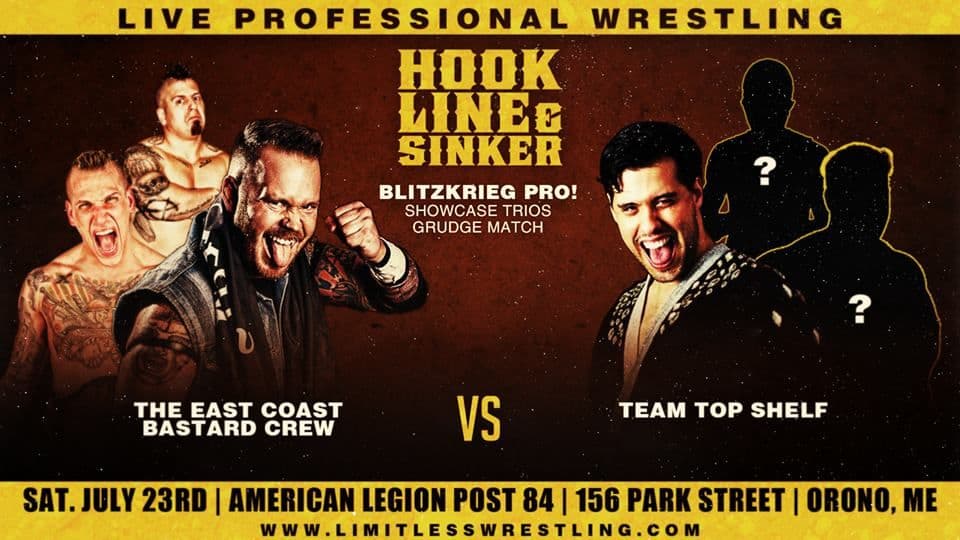 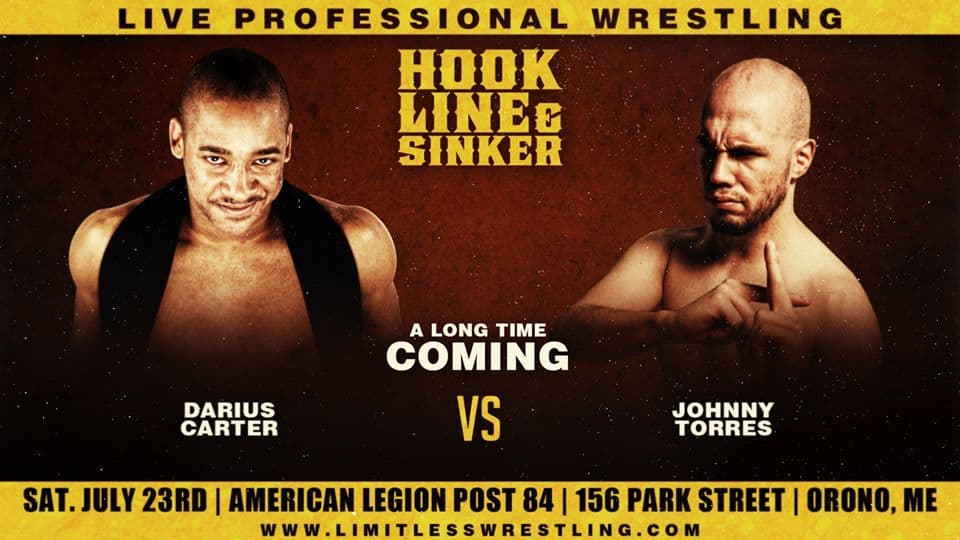 And this match has been a long time coming – Mr. Darius Carter will have a singles match with “The Concept” Johnny Torres!

Torres has had several injuries over the span of four years. Now it’s his chance for a rematch at Hook, Line, & Sinker! Check out his thoughts below! 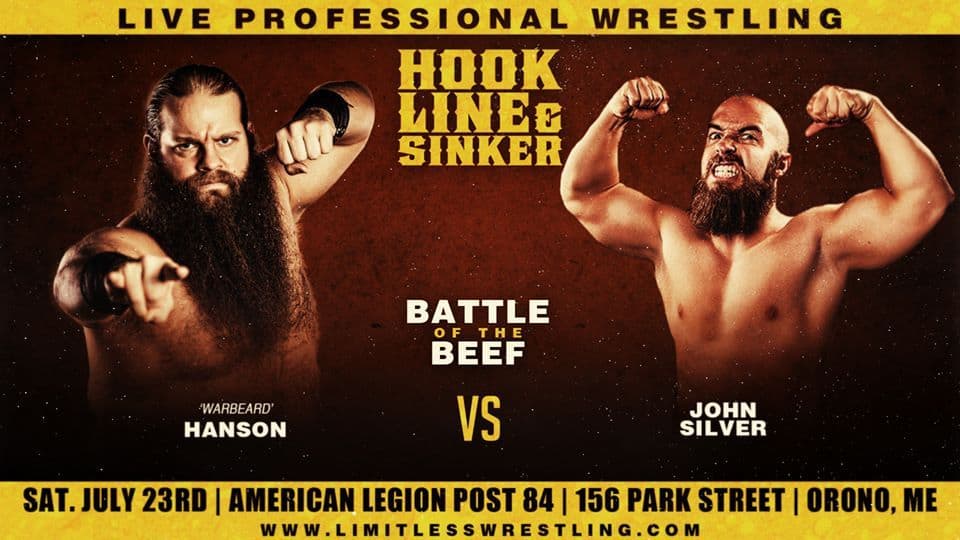 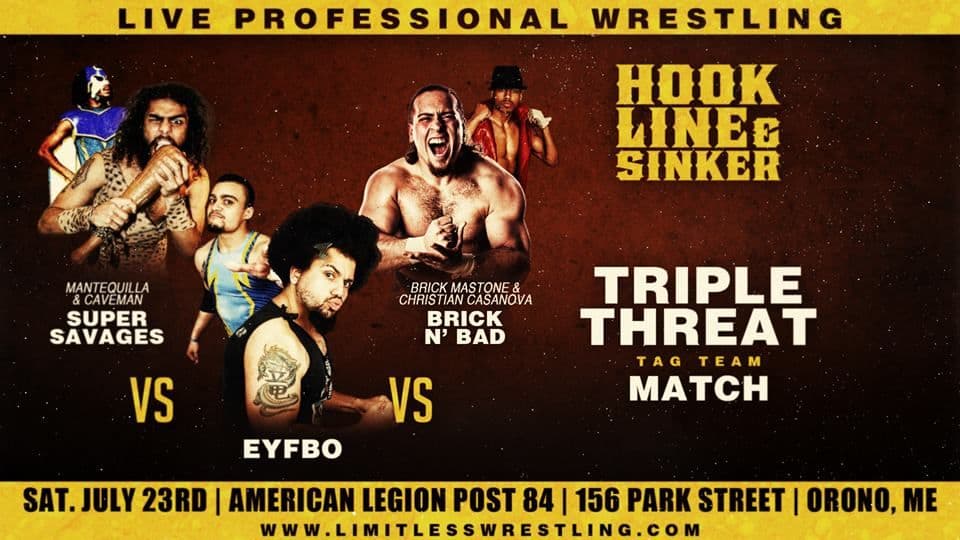 If you’re lucky enough to be in the area, tickets start at $10 – though front-row is likely nearly sold out. You can also take your chances at the door! Yours truly will also have the results awaiting following the event.