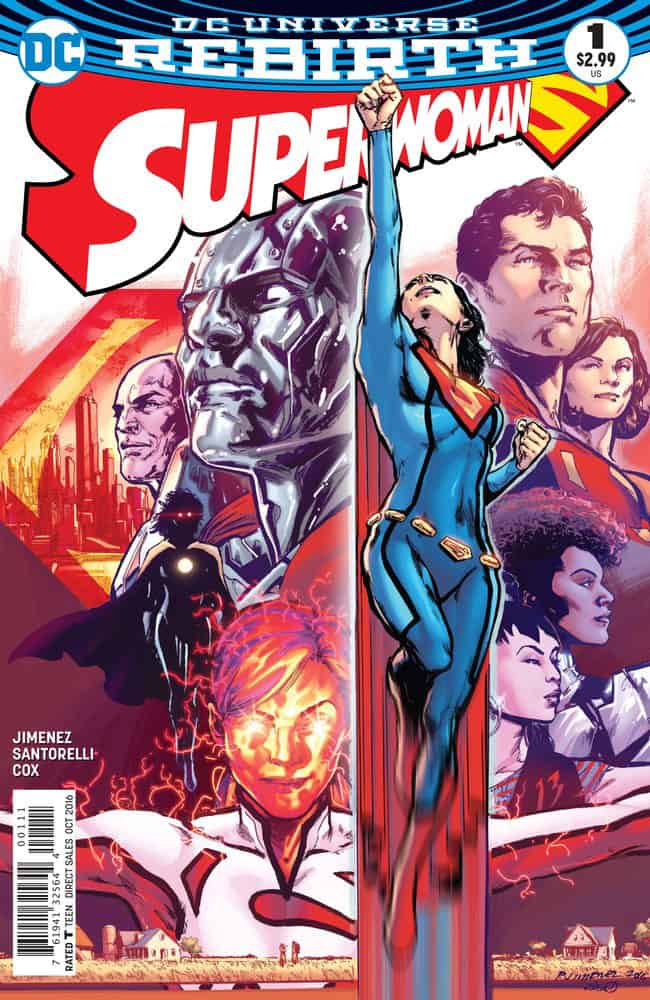 Well, when the New 52 Superman went supernova and died, the New 52 Lois Lane was standing nearby, as was Lana Lang, and they both got superpowers. So this book should really be called Superwomen!

Lex Luthor’s armor was manipulated by terrorists and Lois Lane springs into action as Superwoman guided by Lana Lang! Lois Lane wants Lana Lang to help her the way she helped the young New 52 Clark Kent when he was a boy in Smallville growing up to be the now deceased New 52’s Superman.

Plus, the powers are killing Lois Lane!

Lana Lang is also dealing with growing pains from her powers.

The terrorists cause two ships to potentially crash and this threat appears too much for Lois Lane and Lana Lang steps up to help with her own superpowers… she is Electric Superwoman Red, the lightening character from the cover!

That character looks a lot like the old Strange Vistor character, but I doubt that will be Lana Lang’s nom de guerre.

Once disaster involving the ships is averted, they find a… Bizarro Lois Lane resembling the Earth 3 Crime Syndicate’s Superwoman on the plane.

And, as we know from DC reveals, the next major new villain for Superwoman is Ultrawoman. Is this her? Who is Ultrawoman?

Ironically, it isn’t her powers that eventually kill Lois Lane Superwoman, but its at the hands of this Bizarro Lois Lane / Ultrawoman that kills Superwoman Lois Lane!

As such, it looks like in addition the New 52 Superman dying to make a clear path for the Rebirth’s pre-Flashpoint Superman, New 52 Lois Lane also dies in Superwoman #1 leaving Lana Lang as Rebirth’s Superwoman!

Is that the now deceased New 52 Lois Lane on the cover of Superwoman #2 or Lana Lang in the Superwoman gear? The hair looks reddish on second look.

Are changes needed to the Superwoman #3 cover? Frightening nonetheless!

Definitely A LOT more to come in upcoming issues with some implications for Action Comics too; Action Comics #961 is also out today.

The way the New 52 Lois Lane as Superwoman died, similar to the New 52 Superman, would make it seem that the separate Clark Kent in Action Comics, who is not Superman, isn’t the return of the New 52 Clark Kent. Otherwise, this Superwoman death would be unimpactful and impermanent. 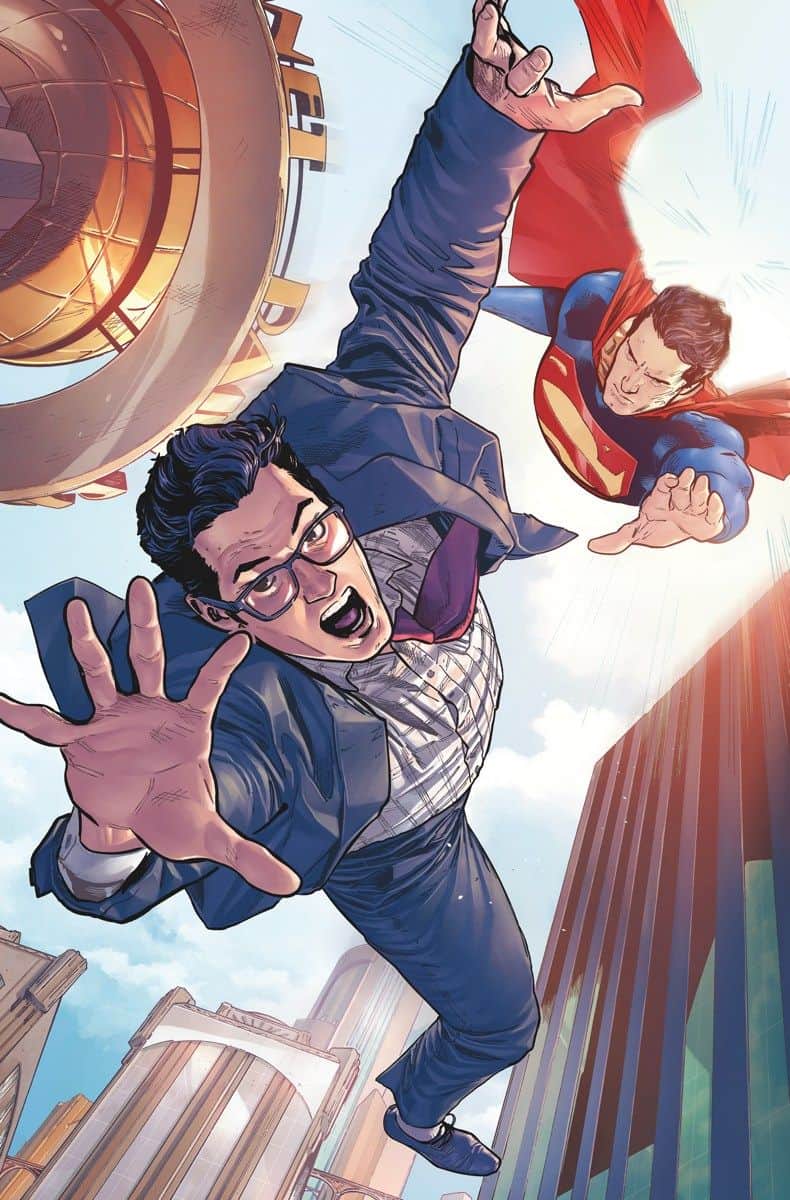 Also, lets remember, the pre-Flashpoint Lois Lane is around with the DC Rebirth’s Superman as his wife and mother to their son Jon Kent who is DC Rebirth’s Superboy. That Superboy is to be featured in an ongoing series alongside Damian Wayne Robin, Batman’s son, called Super Sons!

Looks like the Rebirth pre-Flashpoint Lois Lane will be THE DC Rebirth Lois Lane reporter for the Daily Planet? How much older are the Rebirth Superman and Lois Lane from the New 52 deceased counterparts? is it 10 years since that is what Watchmen’s Dr. Manhattan stole at the end of Flashpoint? Will the other Daily Planet folks like Jimmy Olsen be able to tell that their Lois Lane, in Action Comics presumably, is a weee bit older? 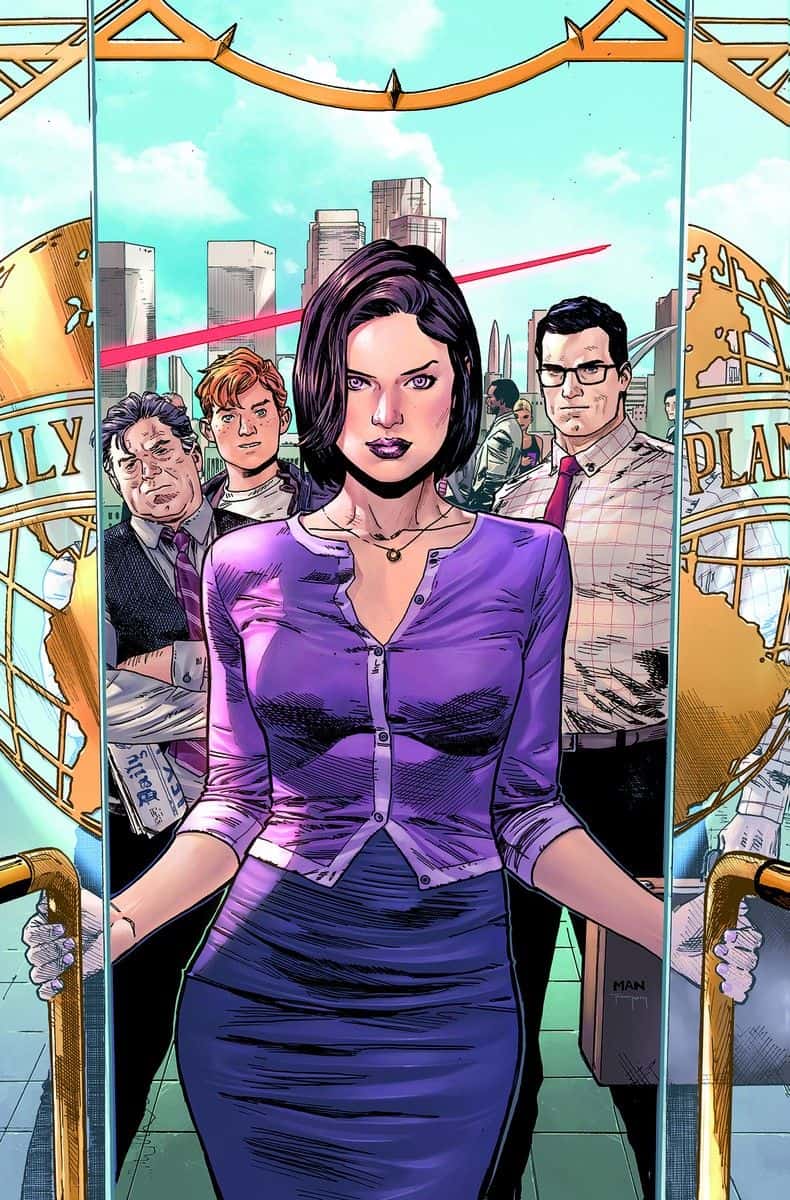 A new information explosion in this debut issue! Solid story and art by Phil Jimenenz. The mix of flashback and modern day worked well and I am intrigued to read more!

How Is Ridge Holland Seen Backstage After Being Part Of WWE Big E’s Neck Break On Smackdown?