WWE Cruiserweight Classic 8/10/16 (Tajiri vs. Gran Metalik and Cedric Alexander vs. Ibushi in a Classic) 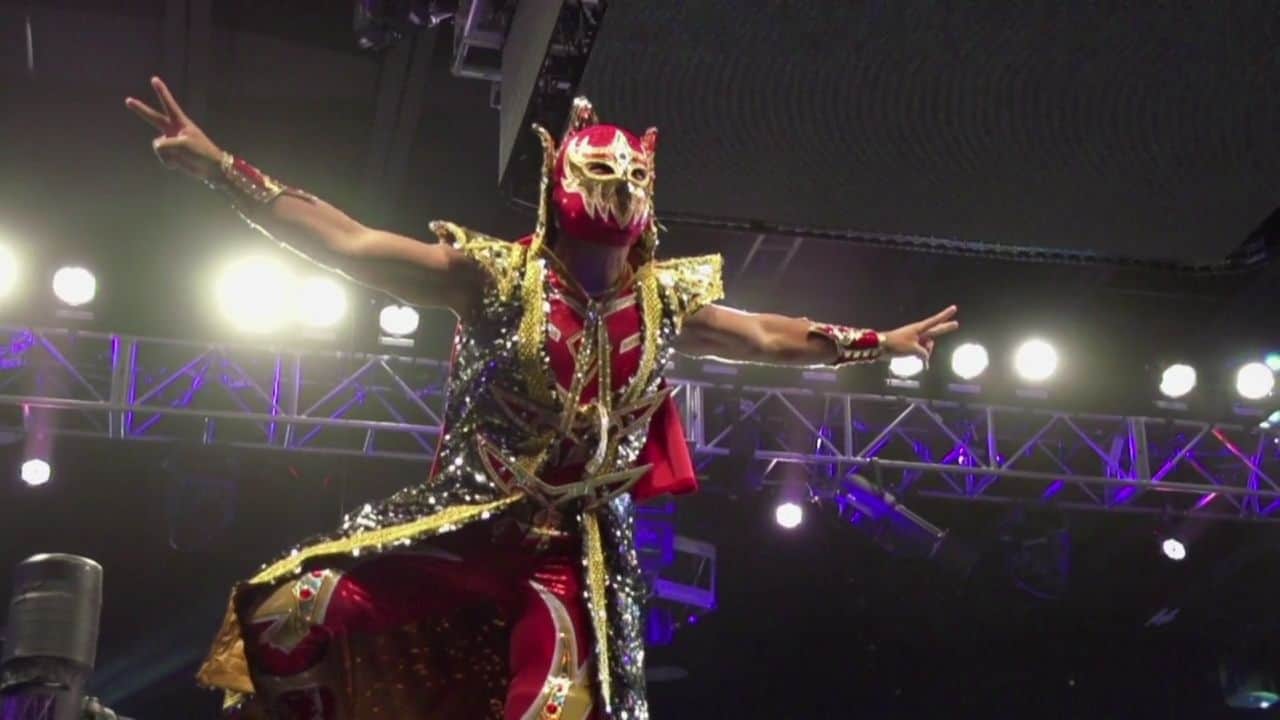 The CWC intro starts off and Corey talks about how the journey has just begun for the 16 men moving on to round two of the cruiserweight classic. Bryan marks out over how great Ciampa vs. Gargano was and Mauro throws to Corey, who runs down the card in red pants and a blue shirt. Tajiri faces Gran Metalik and in the main event, Cedric Alexander faces Kota Ibushi. Metalik’s first round is recapped and we get some cool shots of him flying around. Tajiri says he has been wrestling for 23 years and has been wrestling longer than some in the tournament have been alive. Tajiri plays up how age is his enemy, but experience is his friend and we get a nice shot of him blowing mist. 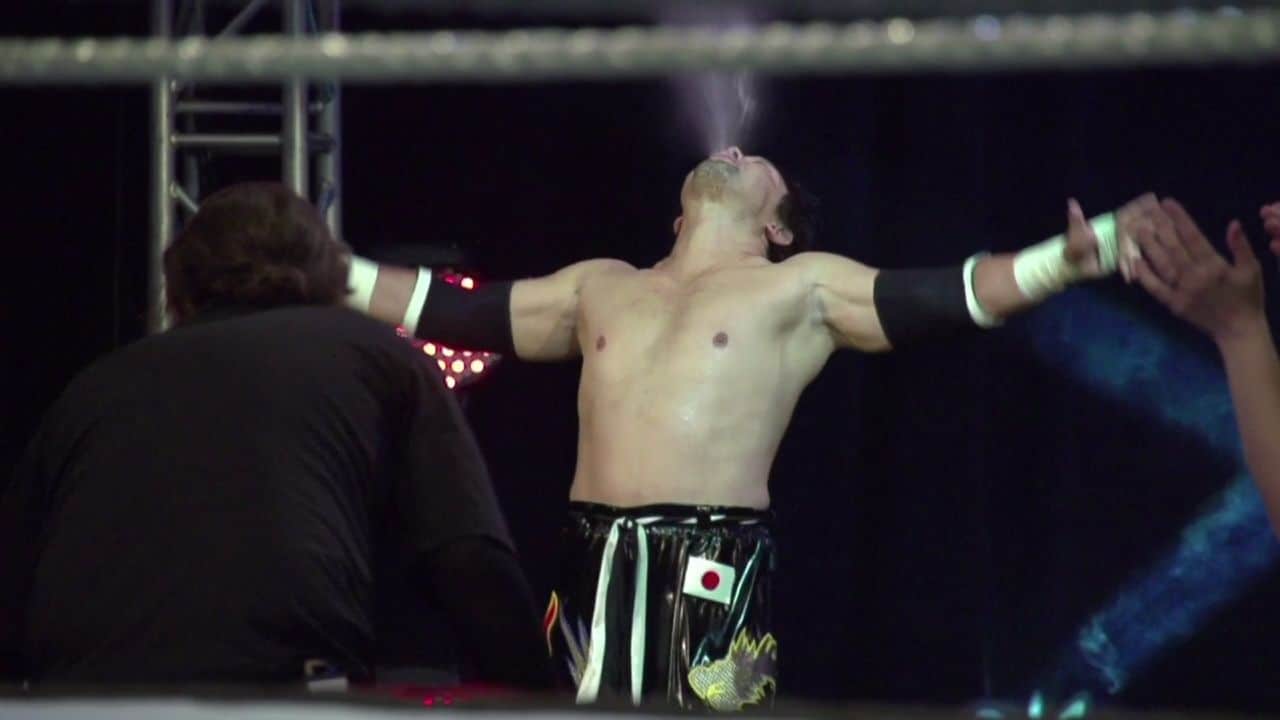 Tajiri comes down, followed by Metalik. Metalik has Mexican flag-themed gear instead of his red and gold Iron Man colors with a bit of Spider-Man trim. The bilingual ref gives instructions in both English and Spanish – that’s a nice touch. Mauro hypes up Metalik being a four-time champion in the oldest pro wrestling company in the world, and how Tajiri wrestled in CMLL in 1996 and faced Dr. Wagner Jr.

Tajiri lands a surprisingly quick armdrag, but eats one and then Tajiri gets a legsweep. Tajiri definitely got back into shape again – he looks far better here than he did in TNA during their first batch of NYC tapings. Metalik locks on a Fujiwara armbar, but Tajiri gets a front facelock before it’s countered. Grounded Octupus hold on the ground by Tajiri, but Metalik gets an ankle lock. Dueling crucifix cradles get 1. Mauro hypes up Metalik’s run in New Japan while Mauro hypes up SMASH and Tajiri’s matches against Fit Finlay. Superkick by Metalik on the floor! 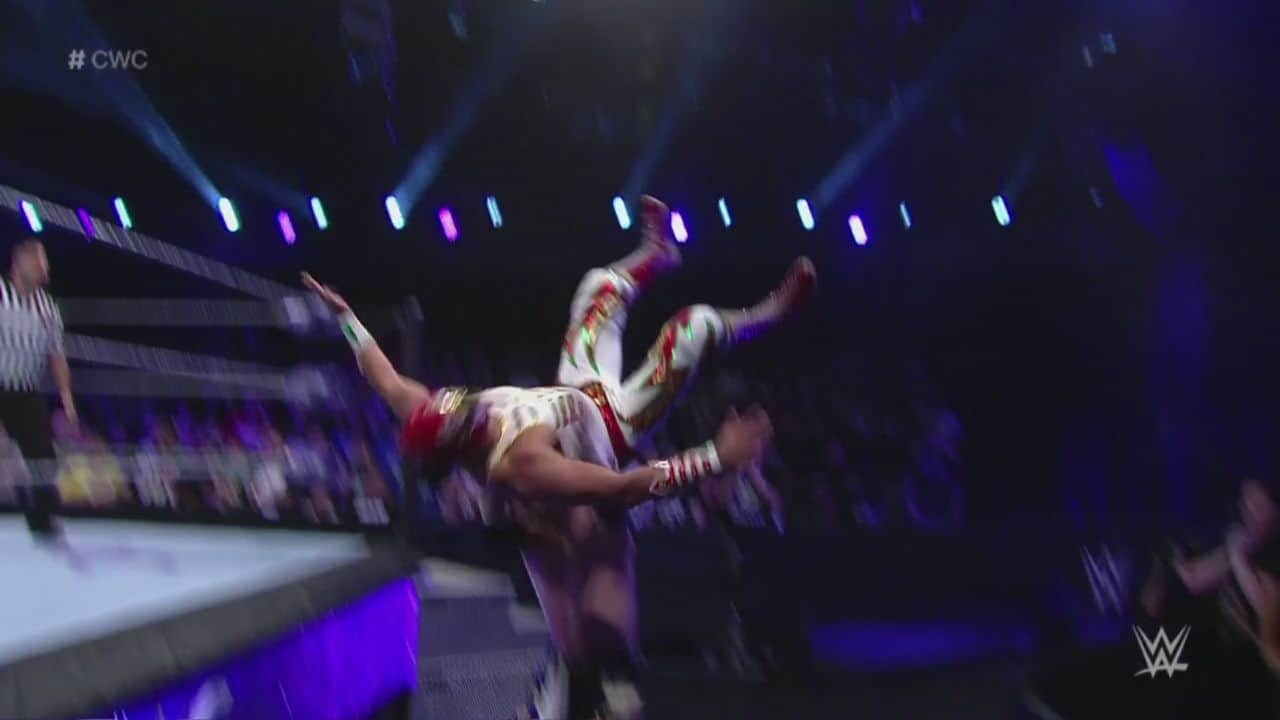 Tajiri goes to the other side of the ring to kick away. Tajiri tosses him in and lands a kneedrop before getting 2 off a swinging neckbreaker. Tajiri locks on a pair of sleepers before Mauro talks about Tajiri was influenced by the Great Muta. Bridging figure four on the neck by Tajiri before Tajiri drives his face into the mat. Metalik gets to the rope and eats a punt before Metalik chops him! Tajiri hits a face wash in the corner, but Metalik hits a pair of big elbows. Springboard dropkick by Metalik sends Tajiri to the floor where he eats a ropewalk swanton. Mid-ring, Tajiri eats a springboard elbow for 2. 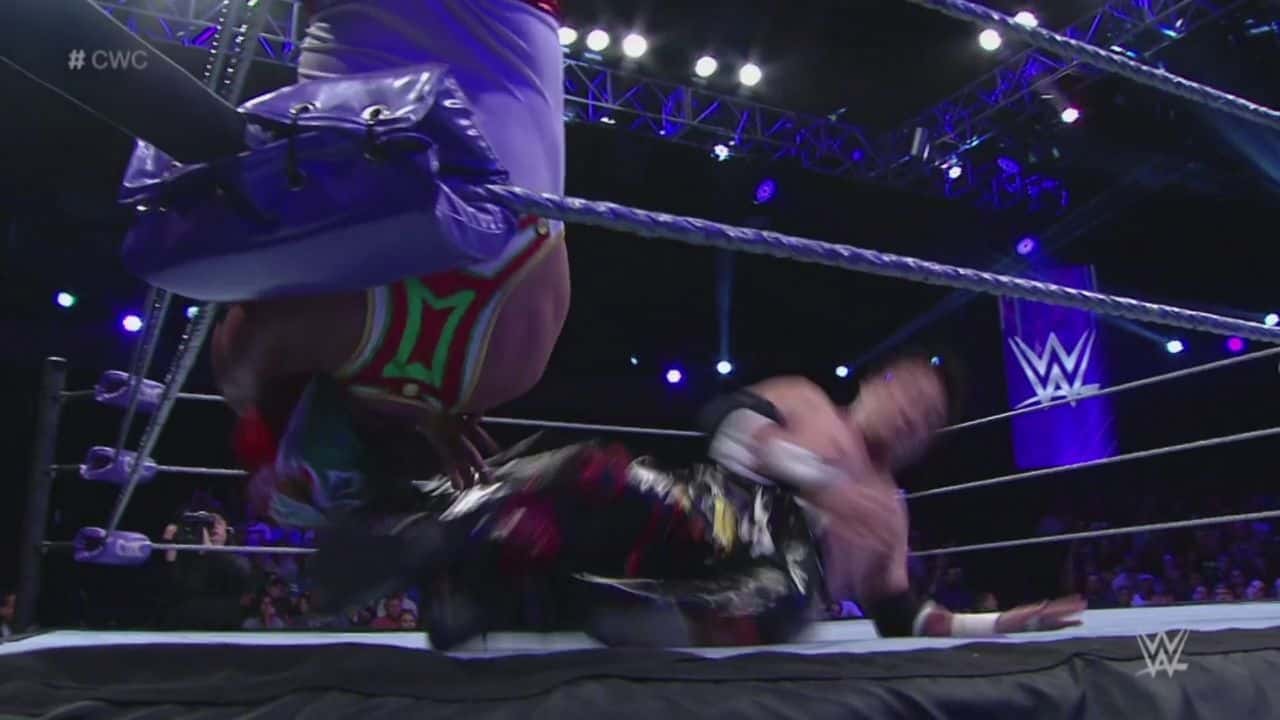 Metalik springs off the second rope and hits a back elbow for 2. Tajiri lands a pair of back elbows and superkicks him. Tajiri hits the tree of woe dropkick and gets 2. Tajiri and Metalik trade kicks, leading to the latter going up for a dropkick and eating a powerbomb counter for 2! Tajiri goes for a sunset flip, but locks on a necklock, but Metalik kicks his way free. Tajiri goes for the buzzsaw kick, but Metalik ducks and hits the Metalik Driver to win! This was outstanding! 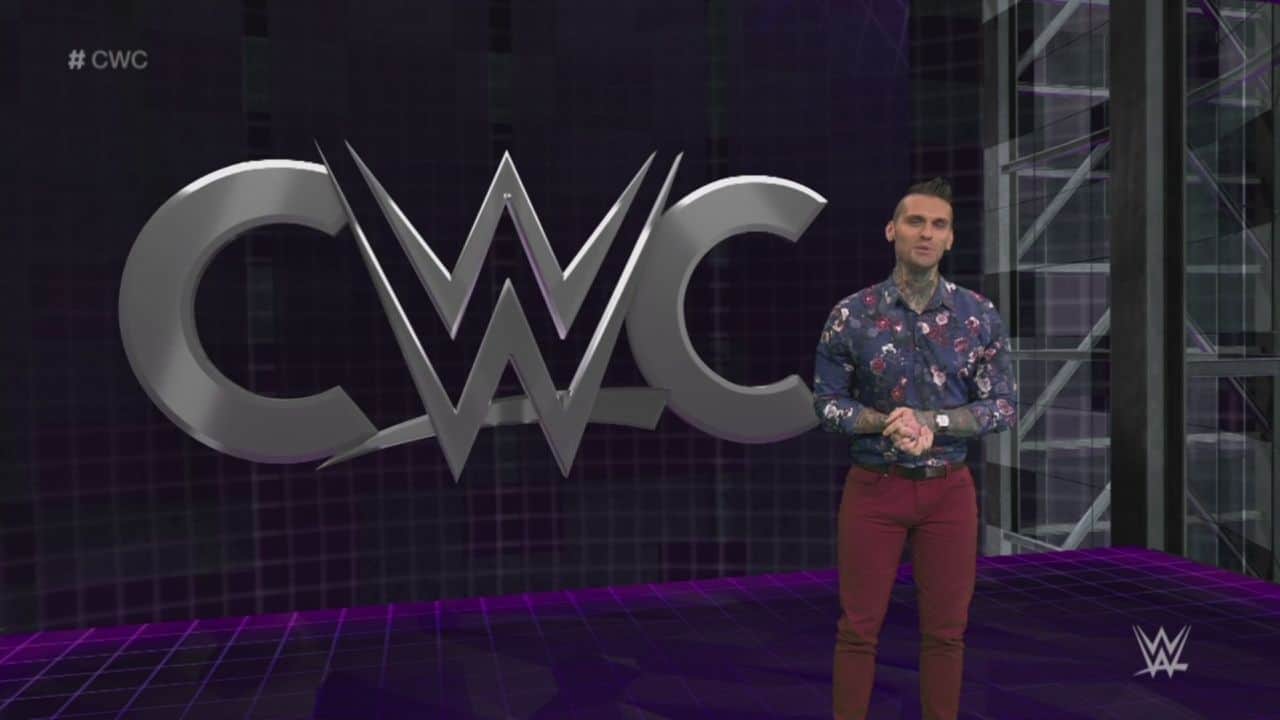 Cedric’s first round is recapped, followed by a highlight reel on Ibushi. Ibushi’s theme hits and the crowd goes crazy for him. Cedric comes down and the fans cheer him wildly too. They shake hands and it’s time for a first-time ever match. Bryan talks about Cedric wanting to face Ibushi, and how important it is to not be starstruck. Cedric outwrestles him on the mat and dominates wit arm locks on the ground. Bryan talks about Cedric’s amateur wrestling background and having a 44-1 record one year. 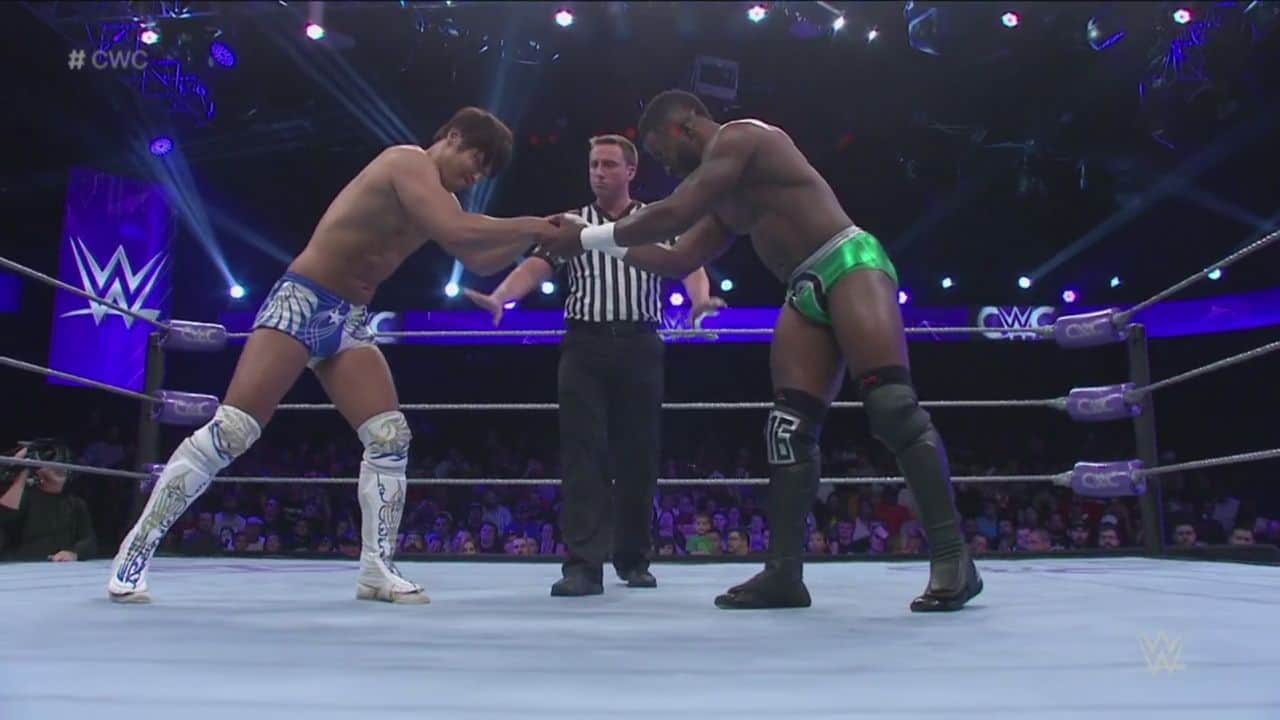 Ibushi shoulderblocks him down and Mauro hypes up Ibushi-Nakamura at Wrestle Kingdom 9. Cedric dominates more on the ground with armbars. Ibushi recovers and locks on an armbar of his own before hitting a legsweep. A crazy sequence of missed kicks leads to Cedric getting 2 off a sunset flip. Cedric grinds away with a headlock and shoulderblocks him down before landing a sick back elbow.

Ibushi responds with a NASTY round kick to the chest that gets a huge chant right away. Chop to the face by Ibushi sets up a springboard dropkick that hits perfectly for Ibushi. Golden Triangle moonsault misses and leads to a tope con hilo! Cedric hits a springboard Hart attack for 2! Ibushi eats a pair of chops that get 2 for Cedric. Cedric eats a kick, catches one, and chops the jaw for 2! Ibushi avoids a Lumbar Check and hits a sick dropkick!

Mid-ring elbow exchange leads to a sick KENTA combo and the standing corkscrew moonsault for 2! Ibushi hits a short-drop exploder and then the Golden triangle dropkick hits on the floor! Ibushi teases the last ride, but Cedric hangs on and lands a sloppy Michinoku driver for 2. Cedric lands an uppercut and goes up, but eats a chop. Ibushi hits a super rana, but Cedric lands on his feet and hits a running elbow. Pele by Ibushi! Golden Star powerbomb is avoided, and a brainbuster hits for 2! Cedric lands a kneeling back kick for a 2.5! The look of sheer shock on Cedric’s face is out of this world. 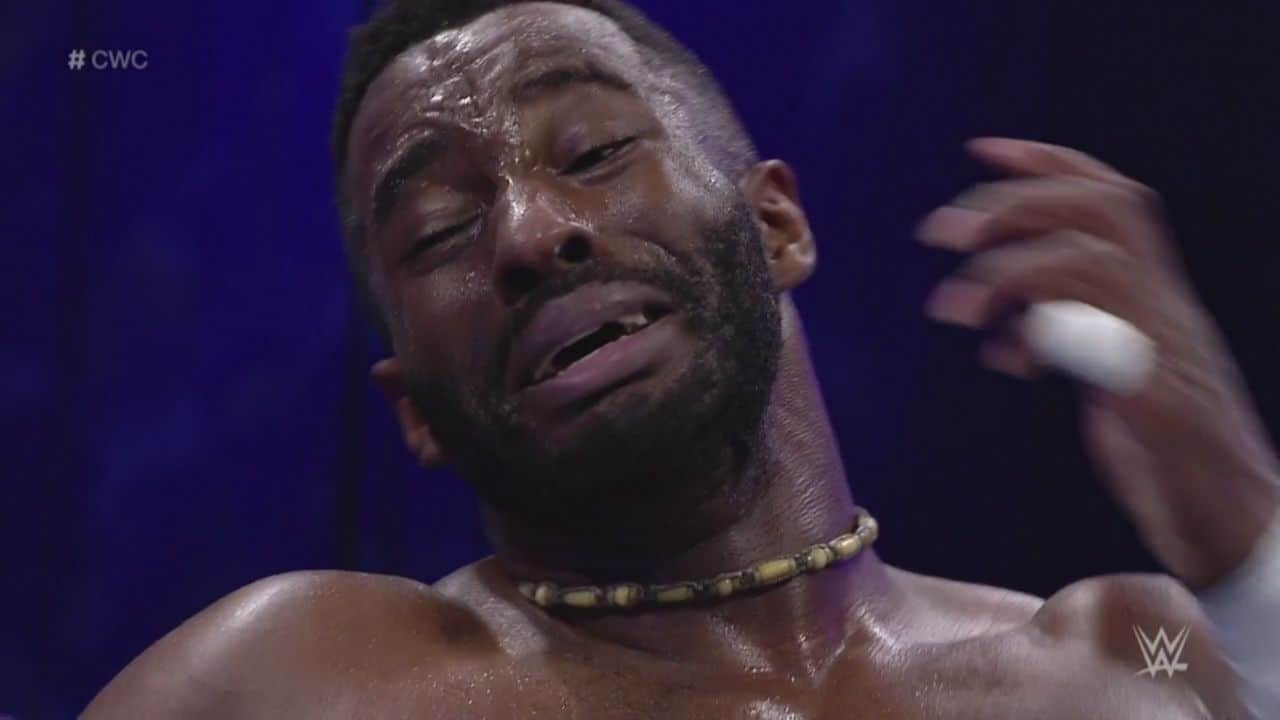 Bryan talks about Cedric having the match of his life here. Cedric goes for the double foostomp, it’s avoided and he eats a snap German, a head kick and then the Golden Star Powerbomb hits! Ibushi wins and this might be the best single hour WWE TV show ever produced. This was also Cedric’s best match ever, and if you’re going to have your best match, this was the stage to have it on. Next week, Jack Gallagher faces Akira Tozawa while Noam Dar faces Ho Ho Lun and Kendrick faces Tony Nese. Cedric gets a huge “thank you” chant after the match and then a “please sign Cedric” chant. HHH comes down, gives the crowd a big thumbs up and takes Cedric to the back. This was all amazing and Cedric’s stock rose considerably with one amazing half hour of everything clicking into place after years of hard work. A huge YES chant breaks out and damn was this ever a great show! 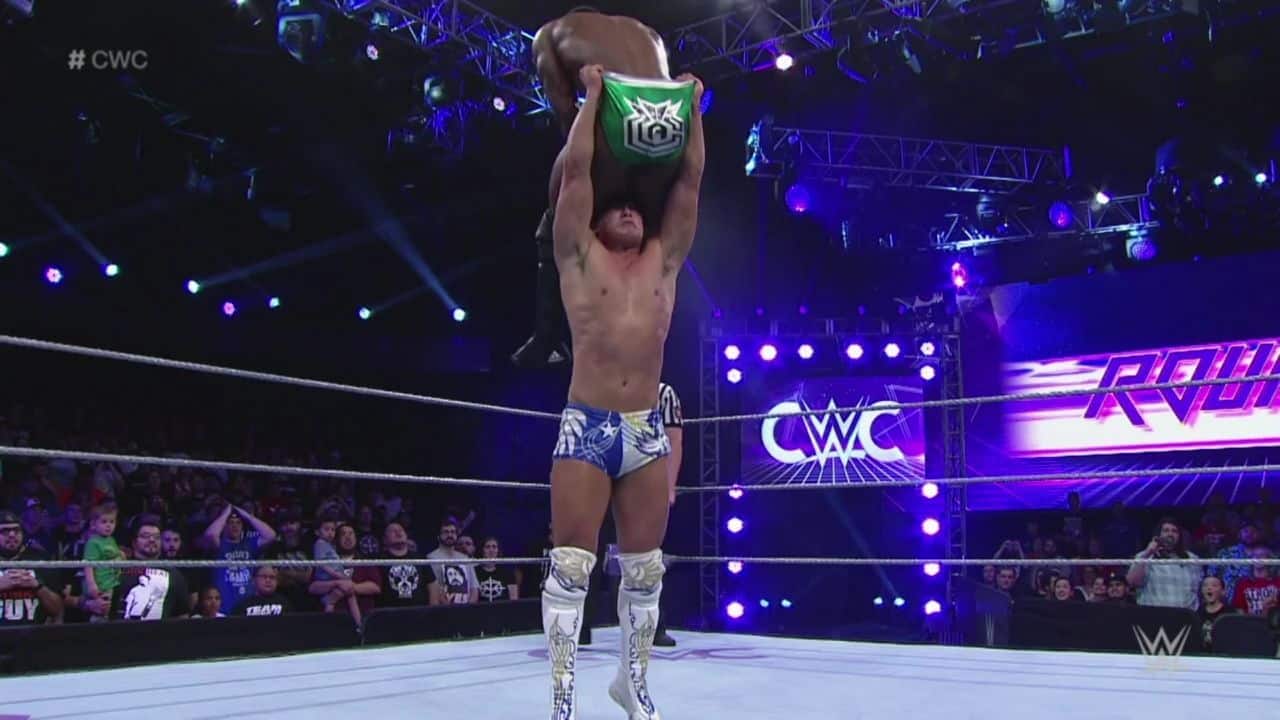 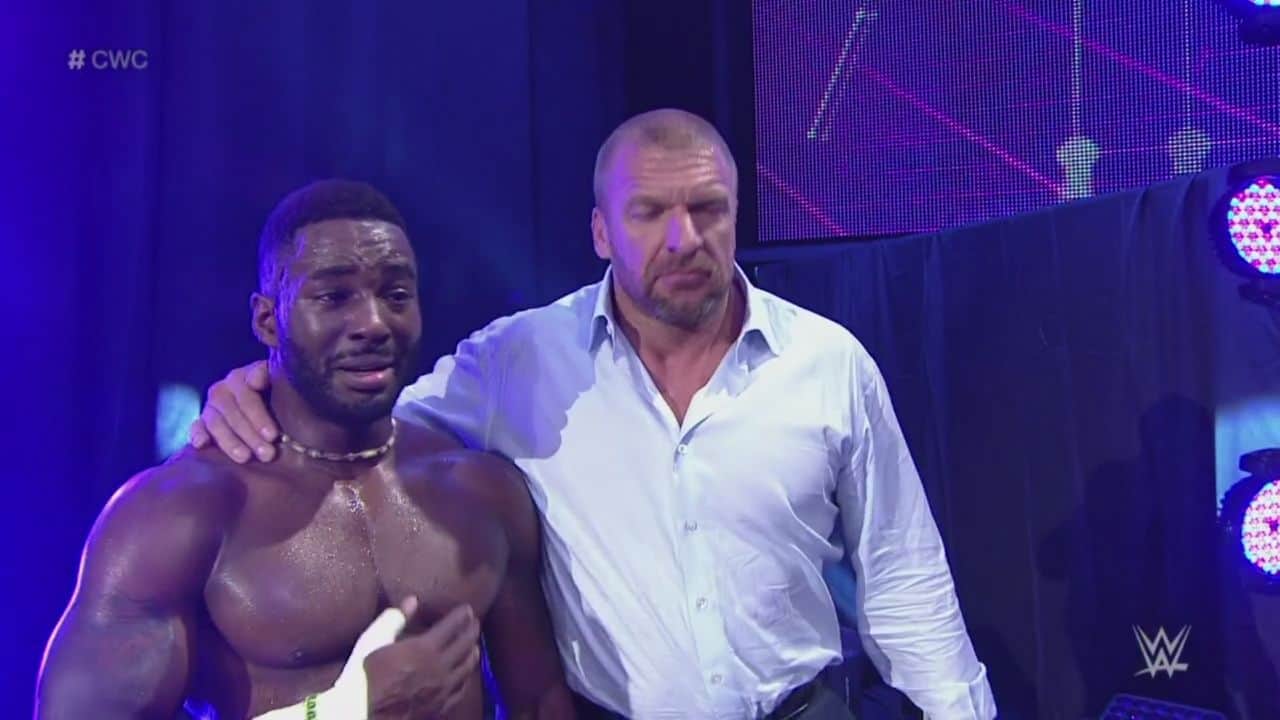