CW The Flash Season 1 had its main villain be a speedster. It was Eobard Thawne (played by actor Matt Letscher) masquerading as Dr. Harrison Wells (played by actor Tom Cavanagh), but always the Reverse Flash!

CW The Flash Season 2 had its main villain also be a speedster. It was Earth 2’s Hunter Zolomon (played by Teddy Sears) masquerading as Earth 2 Flash Jay Garrick, but always Zoom!

CW The Flash Season 3 will have two main villains and, yes, one will be a speedster.

The non-speedster villain will be Albert Desmond also known as Dr. Alchemy.

The speedster villain will be Savitar!

Is this him, in the black costume, alongside Wally West as the Kid Flash (played by actor Keiynan Lonsdale)?

Also, we do know that Eobard Thawne / Reverse Flash (played by actor Matt Letscher) will appear in a Flashpoint timeline episode or two CW The Flash Season 3. 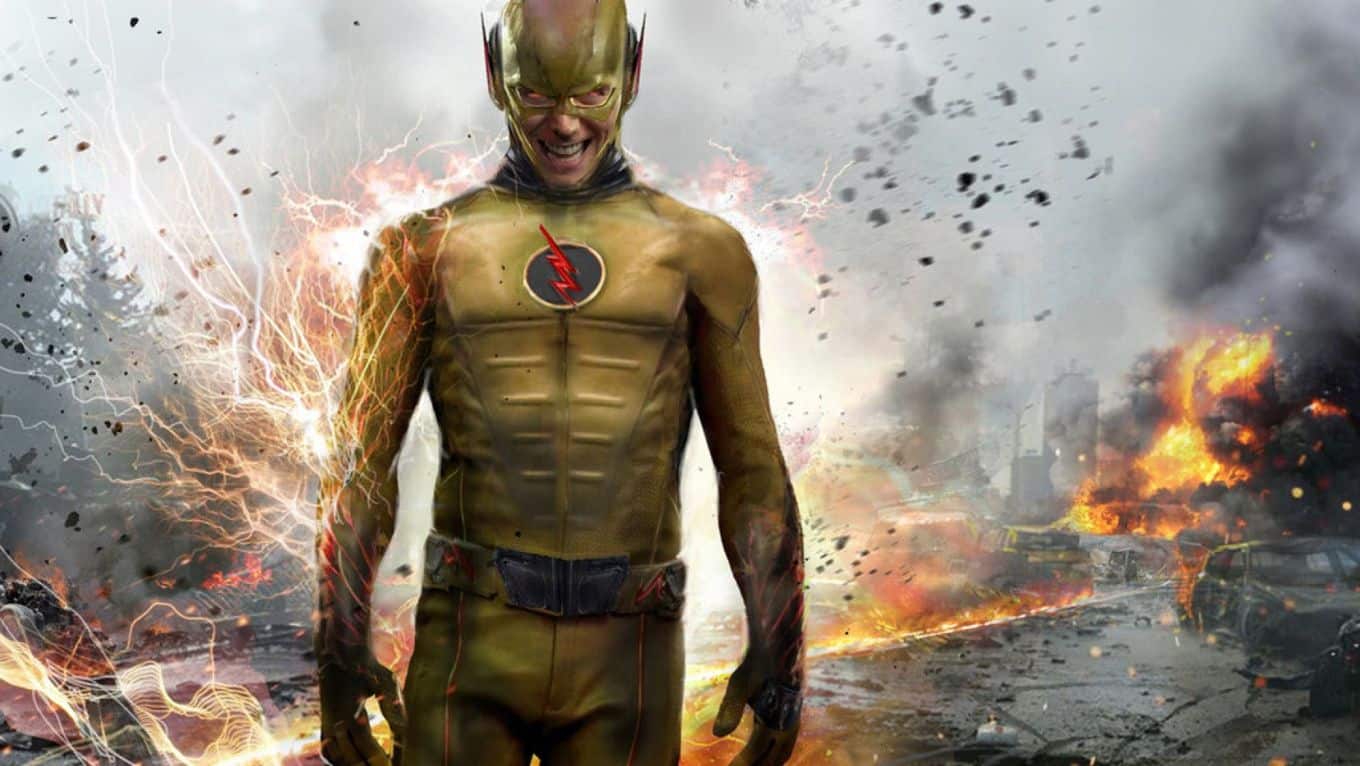 In addition, CW The Flash star actor Grant Gustin has indicated that the Flashpoint timeline will have lasting effects on the season, but the timeline itself will not be around as long as fans may expect.