Invincible Iron Man gets relaunched with a shiney new #1 and a new lead during Marvel Now 2016. Tony Stark is no longer Iron Man as part of the Civil War II fallout; he’s replaced a teenage genius named Riri Williams.

Riri Williams, an African-American female teenager, will be the headliner of a book called Innvicible Iron Man, but she will go by the name Ironheart!

Here is the main cover by tefano Caselli for Invincible Iron Man #1 as part of Marvel Comics November 2016 solicitations. 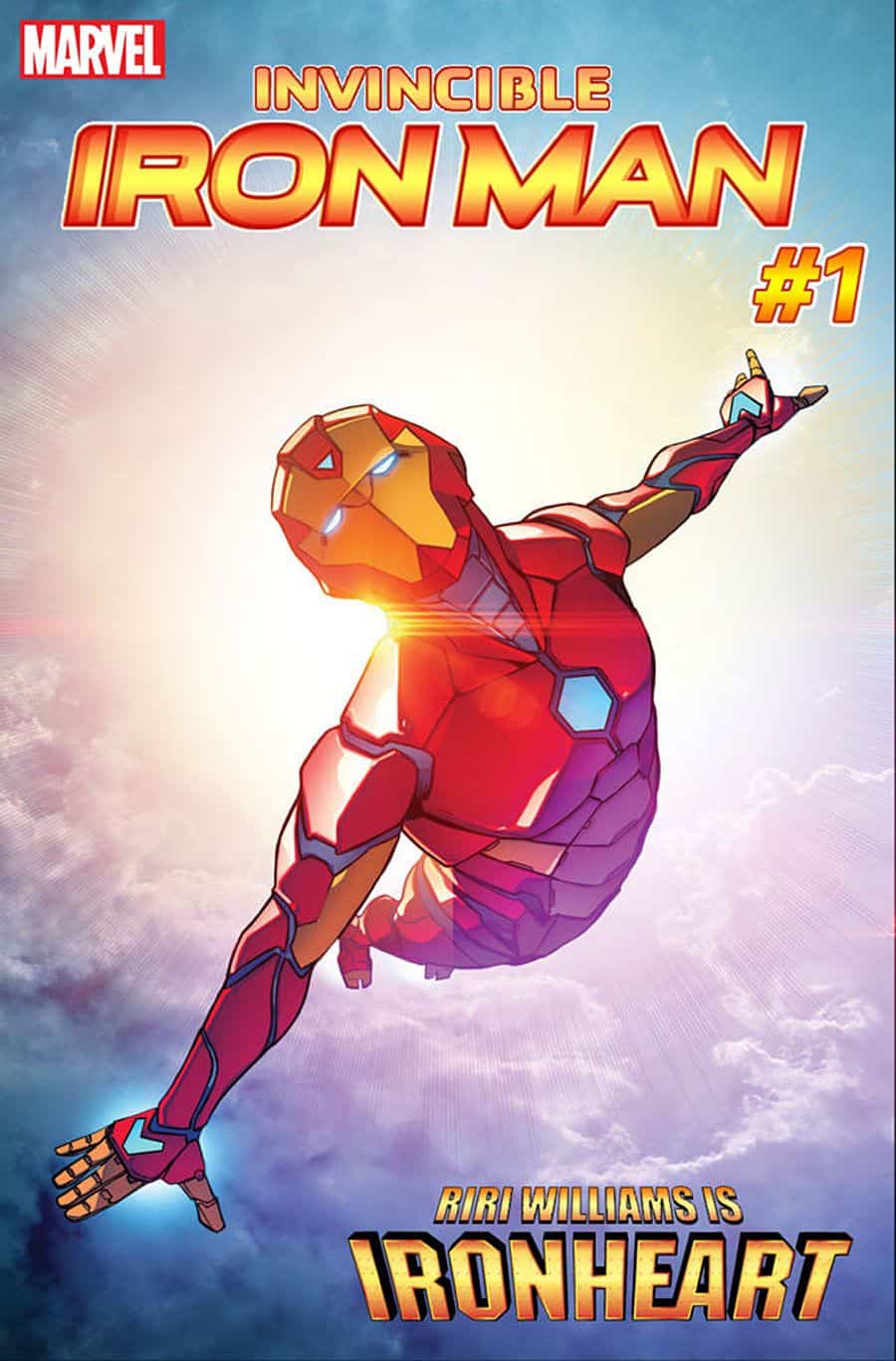 This is the variant cover for the same issue by Mike McKone.

From the violent streets of Chicago, a new armored hero rises! Clad in her very own Iron Man armor, Riri Williams is ready to show the Marvel Universe what she can do as the self-made hero of tomorrow. But is she ready for all the problems that come with stepping into Iron Man’s jet boots? Where’s a genius billionaire playboy philanthropist when you need one?