Wildstorm Superman and Batman analogues Apollo and Midnighter burst into DC Rebirth with their own mini-series and tweaks to theier New 52 duds. They seem to, however, still be a dating couple in Rebirth.

This is what Midnighter and Apollo look in DC Rebirth. 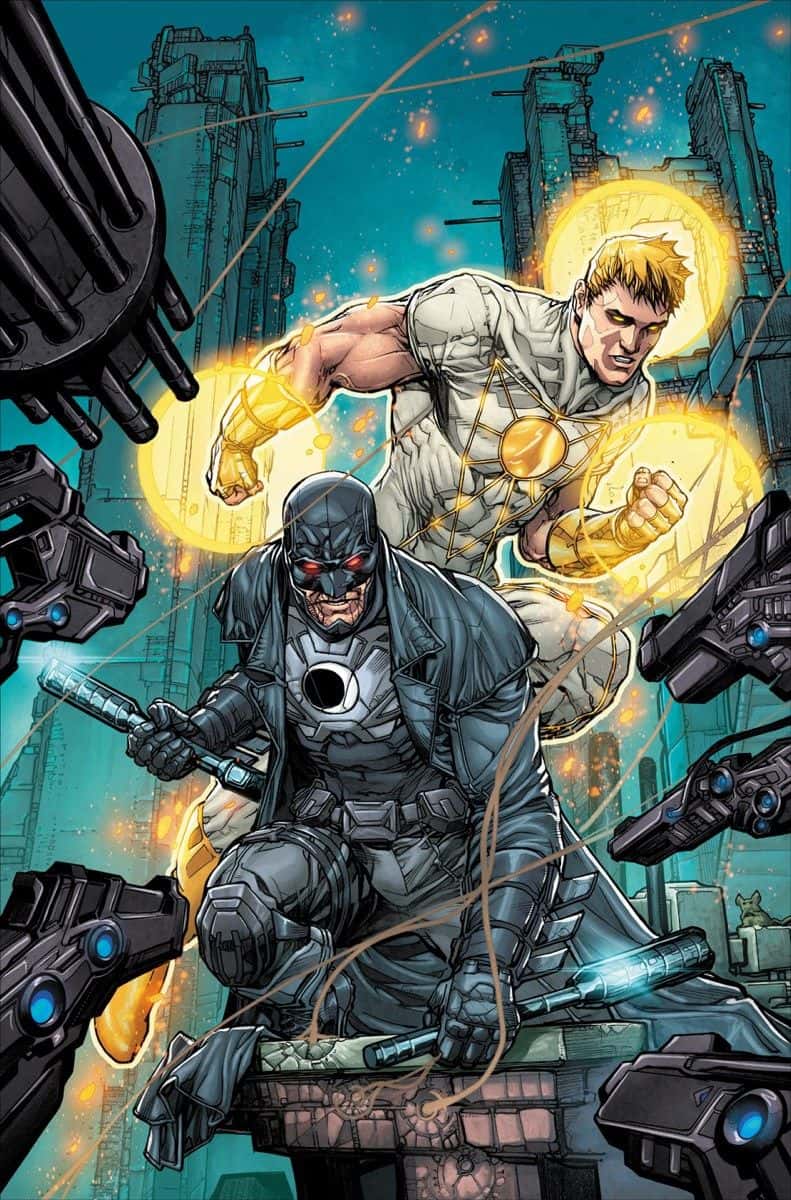 This is what Apollo looked like in the DC New 52’s Stormwatch a book I liked, but that didn’t sell well.

This is what Midnighter looked like in the New 52. 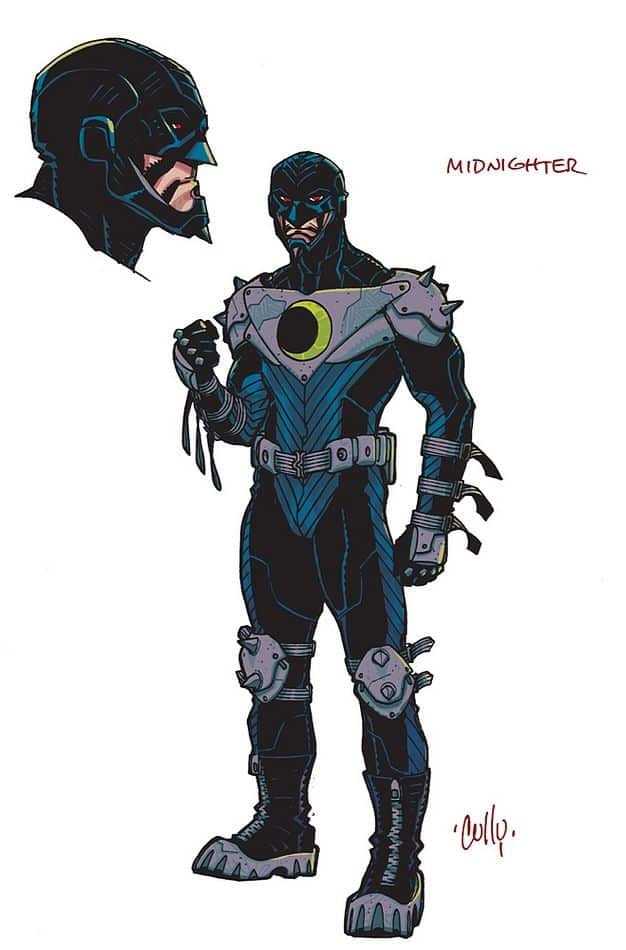 Biggest welcome costume tweak is removal of the spikes, particularly the chin spike, on Midnighter’s costume.

Plus, thankfully, Apollo’s footwear looks a bit better in Rebirth’s October shipping Midnighter and Apollo #1 per the below preview page. 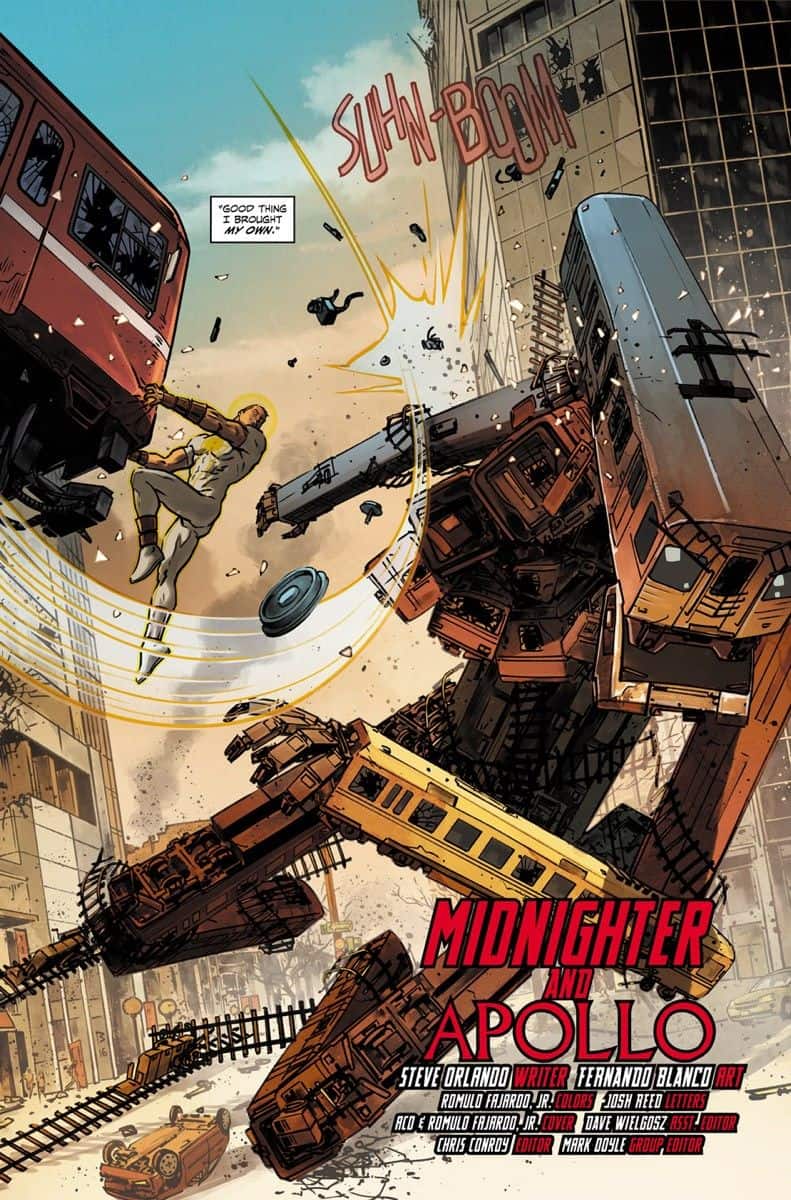 Are they getting gussied up for Wildstorm Reborn?