Broken Matt Hardy welcomes us to his pumpkin patch and thanks Senor Benjamin for crafting a maze of corn. The Hardys conquer the corn maze and go to back to the house for Treat or Delete. EC3 and Jessie team up against Eli Drake and Aron Rex. Rex sticks out like a sore thumb here because he’s in there with jacked up dudes and he’s Dad Bod Grand Champion. Eli and EC3 have a very slow chasing sequence. Long chinlock by Eli. Eli hits a wonky jawjacker, and Rex hits him with what should have been a loaded punch, but wasn’t, and wins. Maria talks smack about Brandi, who chases her backstage.

Grado talks to JB about loving Halloween, but no longer being able to eat the treats – but he can still dress up as someone. Matt gives kids treats and throws a shoutout to Stephen Amell. Matt is hilarious with the kids while Nero sings the “Obsolete” song and Matt hands the kids green beans. “GREEN BEANS, IT IS YOUR LUCKY DAY!” Matt has some fun with his past weight gain issues by telling a kid dressed as a box of donuts to not eat a box of donuts because no one likes a Fat Hardy. Spud cuts a promo on DJZ about Team X Gold and the flag. Why is there a flag and why is there no real concrete idea of what this thing is after several weeks? 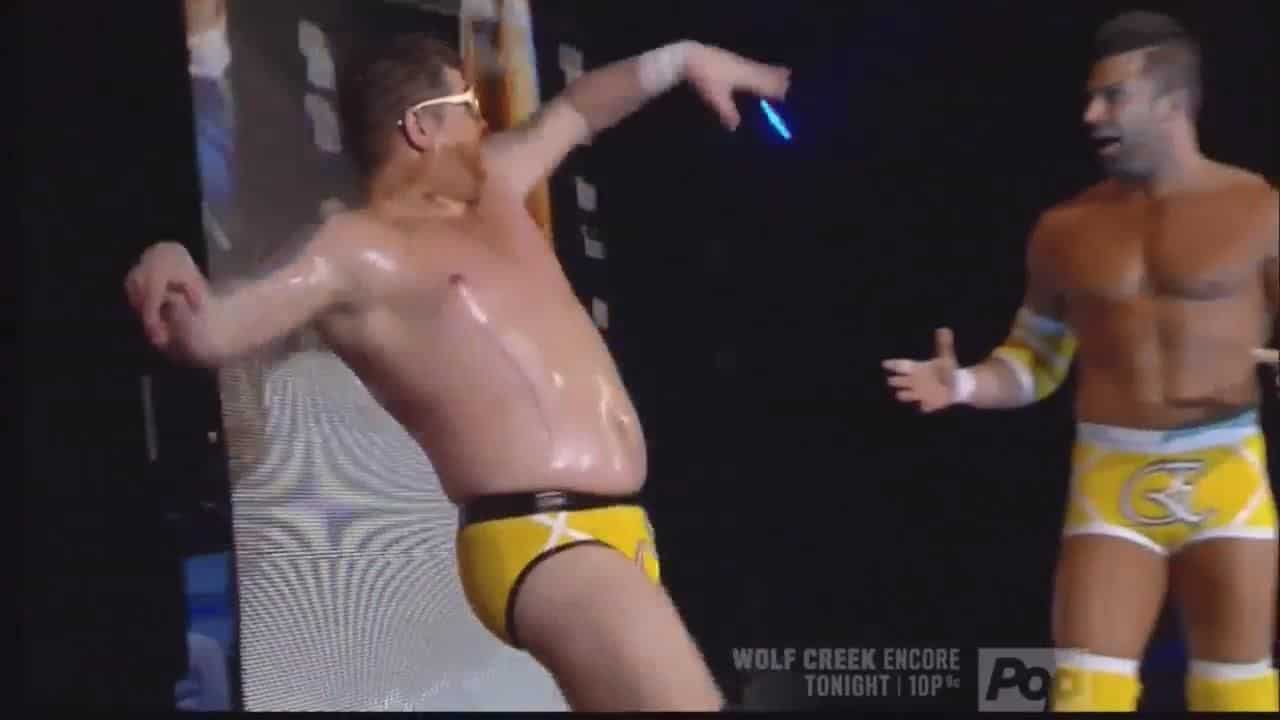 Grado calls out Robbie and says he wants to be a BroMan for Halloween. Grado comes out all oiled up and jiggling. Boy does this outfit highlight that he has no ass. He does the butt bump with Robbie and knocks him down. DCC attacks them. Good to make sure they are protected by not just beating up comedy jobbers. Allie meets with “Mr. Billy” about facing LVN, which he makes. DJZ, Mandrews, and Braxton Sutter come out for Team X Gold. They’ll face Spud and Decay. Well, Abyss is a former X Division Champion. Pretty nothing match that ends with Spud eating a pair of punches from DJZ’s partners, then the DDZ for the win.

Cody and Brandi talk about a Rhodes is in the ring and a Rhodes will win. JB comes out for a contract signing with Lashley and Eddie Edwards. They argue for a bit and the table is flipped, but the match is made. Recap of Allie getting beaten up by Maria’s goons last week. Hurricane Helms visits the Hardy House with his Hurribelt and gets mocked. Jeff’s wacky goggles persona Itchweed comes by. Itchweed does some gardening. 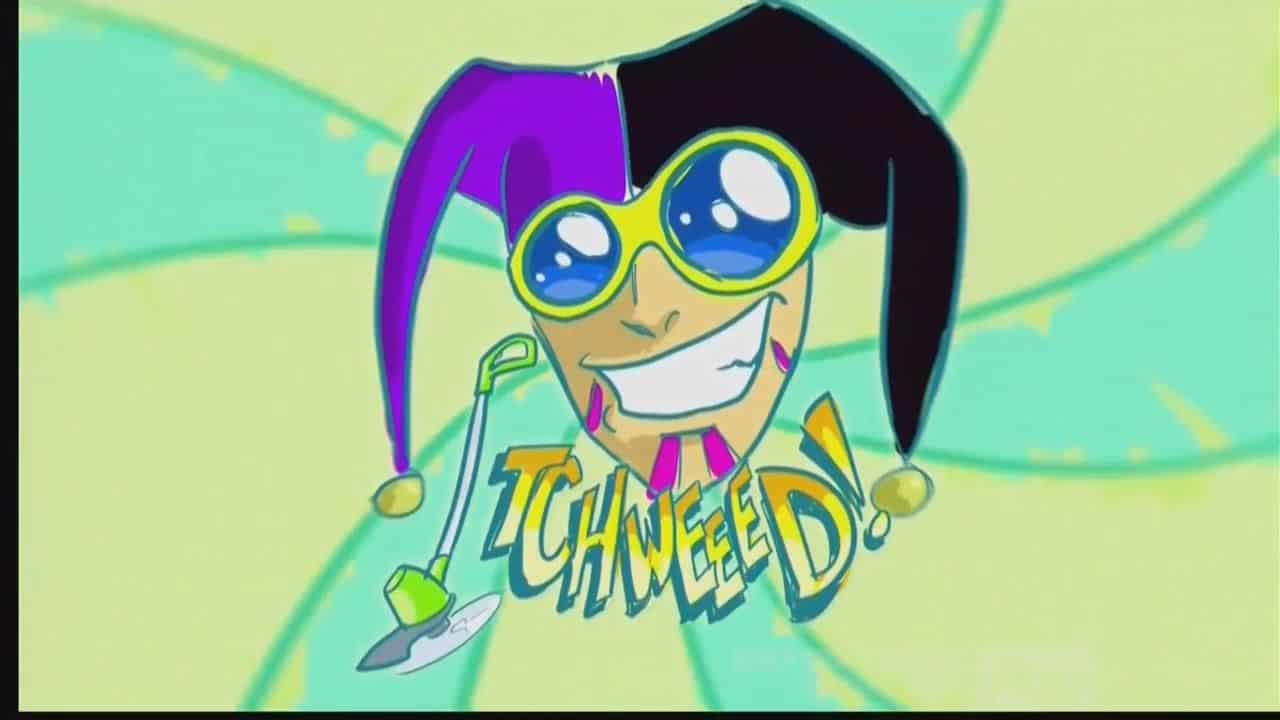 LVN comes out to face Allie, who sheepishly slaps hands with fans. This act is so great. LVN clotheslines her down while Maria does commentary burying Allie. LVN curb stomps her to win. Itchweed asks what happened to the costumed Hilary’s e-mails. Jessie buries Rex for cheapshotting him to win. Rex gives him a title rematch. DCC gives Reby a tape to challenge the Hardys for the titles next week.

Eddie Edwards vs. Lashley is recapped and Maria and Bennett cut a promo on Cody and Brandi Rhodes. It’s nothing but a Bennett vs. Cody match until Maria accidentally low blows Bennett, opening Cody up for a tag. Brandi “runs wild” on her and drop toeholds her into Bennett’s crotch. Brandi hits ‘what a maneuver!” according to Pope. Brandi is locked up in a wacky lucha submission while Bennett is in the American Nightmare and the heels tap. Backstage, Lashley beats up Cody. Okay then. This show accomplished very little, but the Hardys stuff was amusing. 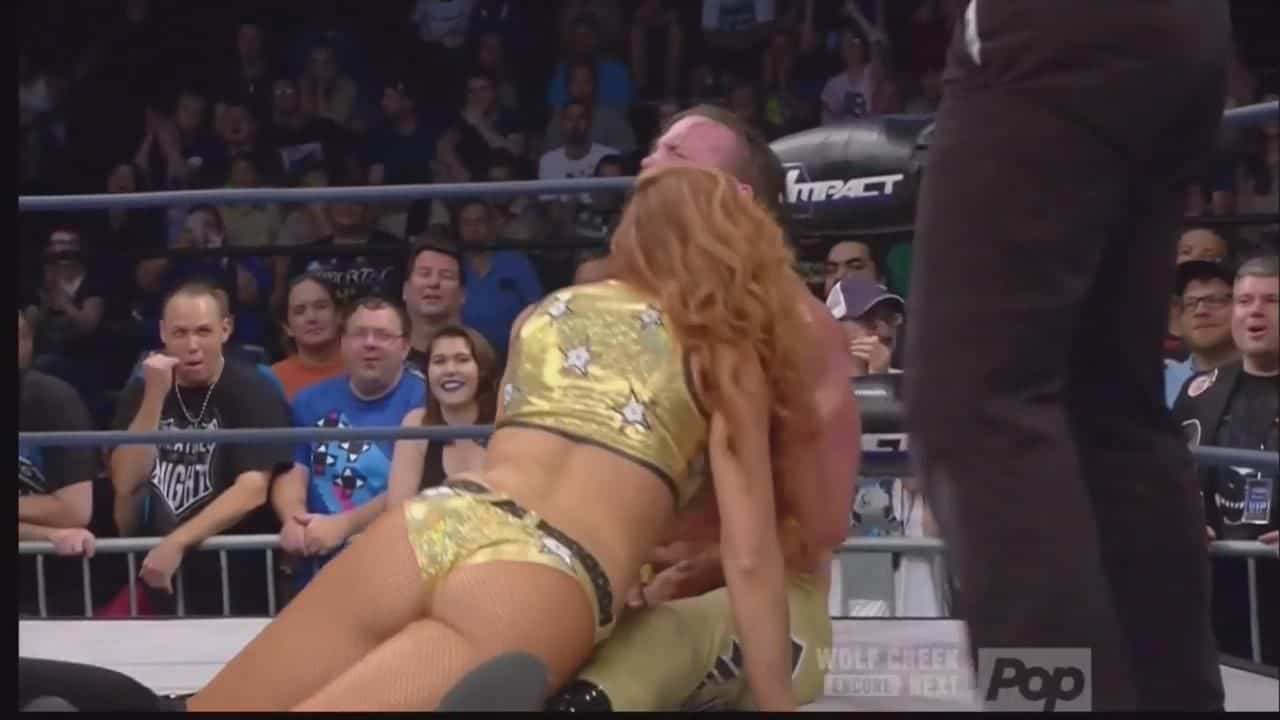