Last week’s main event is recapped and wow does the DCC do nothing for me. Jeff Hardy comes out with the tag titles to challenge the DCC. A mystery member will face Jeff and delete the DCC. Matt is on his property while Senor Benjamin reads Playboy. Vanguard 1 enjoys some lemonade and Matt talks about Thanksgiving’s old ways being obsolete. Vanguard 1 laments the loss of Matt Hardy’s memory – so he has more character development than 99% of the roster. 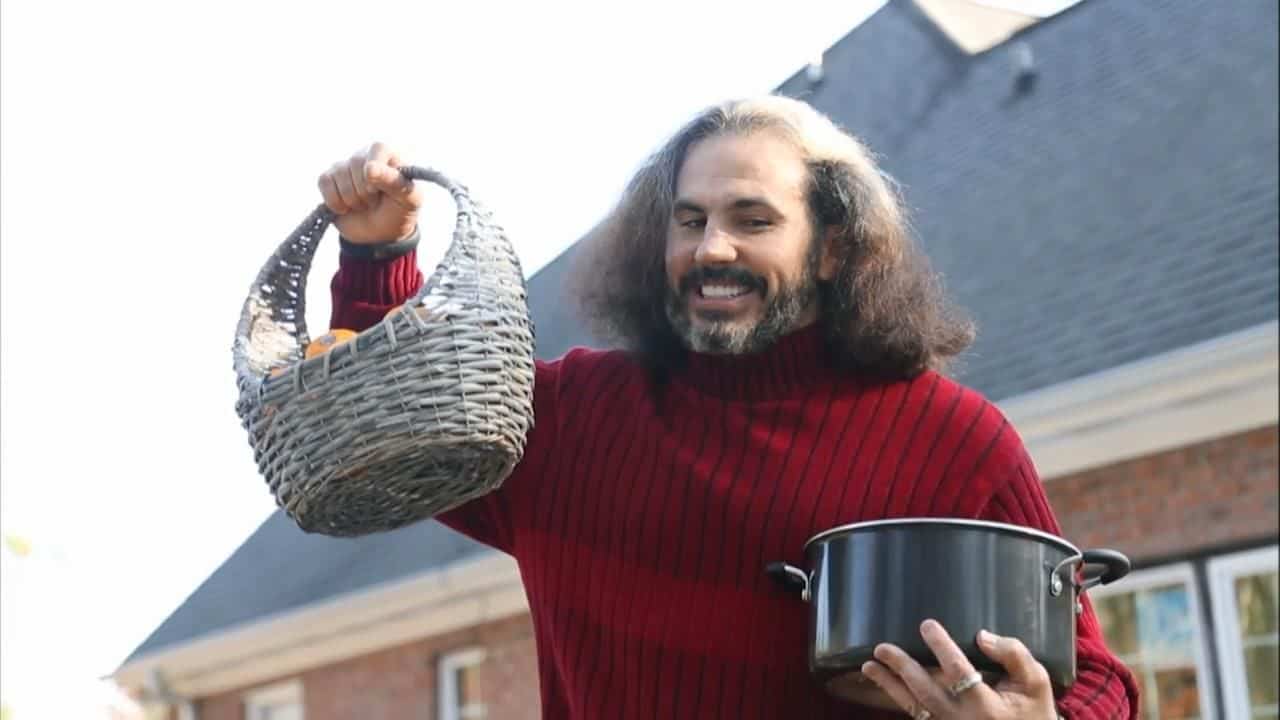 Rockett, Everett, and Lee comes out for Team X Gold. They’ll face Decay and Spud and Team Go For Broke. Josh says he’s been looking forward to this match since it was announced. K. Sutter wins with a flatliner. No one really got a chance to shine here, but they’re pushing Sutter. Allie makes a little Thanksgiving setup, and is mocked by Maria and LVN. Matt talks about things that are OBSOLETE while V1 is excited. A referee comes down and asks Matt if he remembers and he says yes – he remembers the Final Deletion. 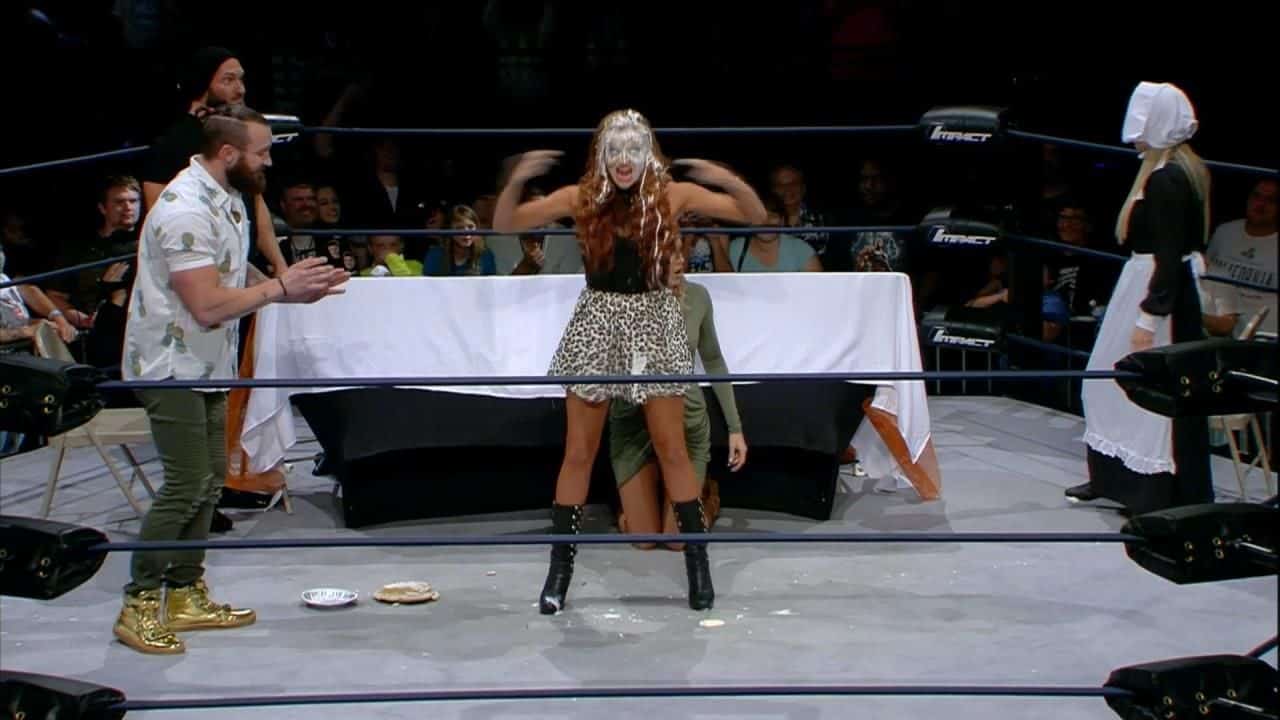 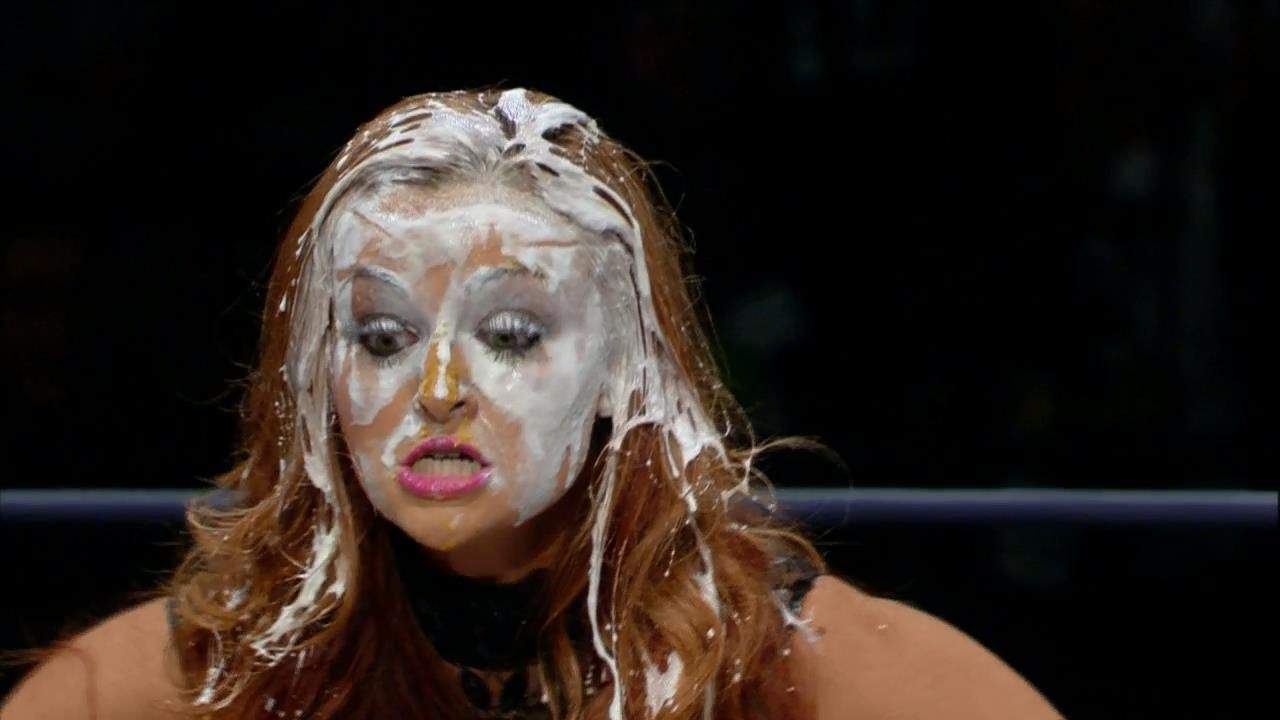 Maria and Mike come down for Thanksgiving with Allie as a pilgrim and Sutter going on a double date with LVN. Everyone yammers and Allie calls LVN a BIG MEANIE and she wants something vegan to eat. Allie pies Mari. Eli yammers for a bit about EC3 before Jade talks about beating Rosemary next week in the main event for the Knockouts title in a cage match. Matt is shown clips of him winning the world title and using ladders. He sees Tyrus and Spud “IS HE A POTATO!?” EC3 and Eli have a very slow, plodding match that EC3 wins with the One Percenter – so Eli can’t talk for the rest of the year.

Matt is hypnotized and remembers being BRO-KEN! Snow and his ever-expanding gut and Shera face The Tribunal before a low bow and belt whipping end it. Robbie and Grado bicker with Aiden, leading to a Grado-Robbie match for the turkey suit. Robbie wins, Grado dances, and loves it. Rosemary cuts a spooky promo on Jade. Jeff faces Bram for “Hell in a Hexagon!” with Storm hitting a superkick and the impaler DDT ending it. Reby tells Matt that he needs to remember deleting people! Matt goes outside and is electrocuted, and is ONCE AGAIN BRO-KEN! 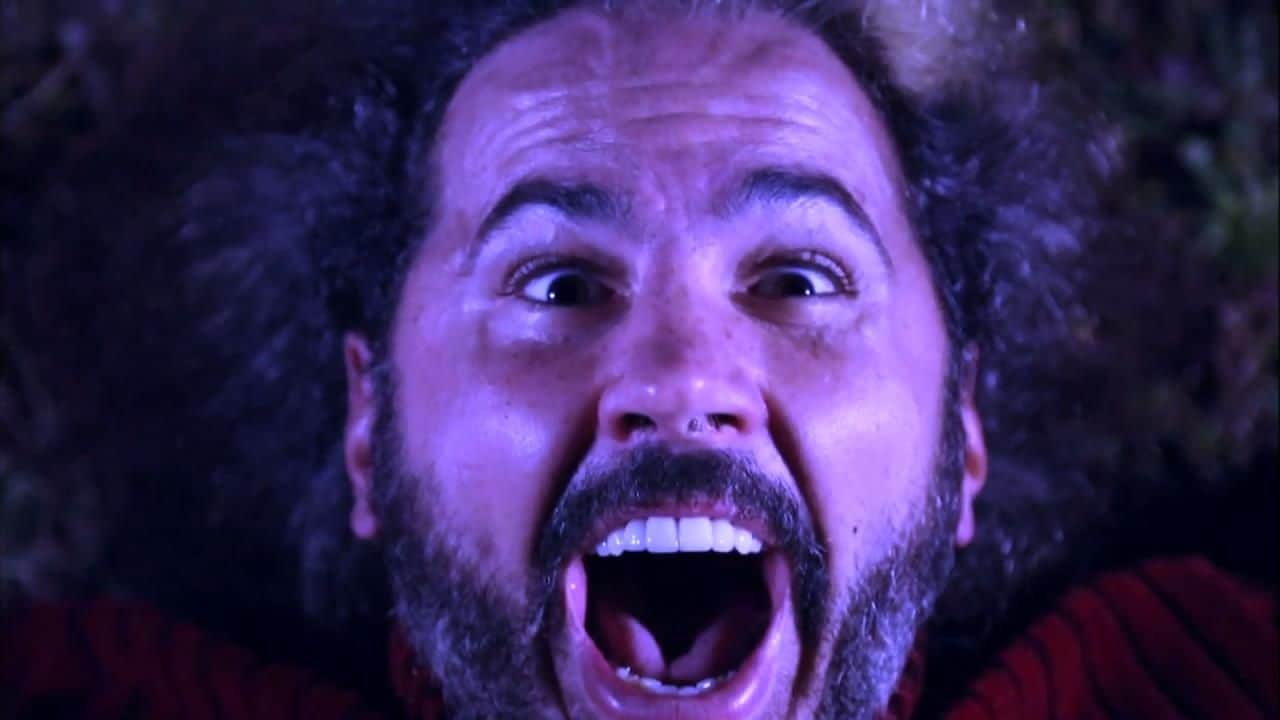