The Invasion inspired Heroes vs. Aliens 4-night crossover begins tonight with CW’s Supergirl and continues into Tuesday with The Flash, Wednesday with Arrow and culminates with Thursday’s Legends of Tomorrow.

The CW and DC Comices / DC Entertainment have release more spoilers-filled images from the cross-over. Check-out the the combined 4-part teaser below.

Notice something in the background? Yup, that’s the old Hall of Justice from DC Comics’ Justice League / Super Friends series!

This makes some sense since the villains for DC’s Legends of Tomorrow will be a grouping of villains who will be known as the Legion of Doom; a moniker also from Super Friends. The CW team will be composed of Eobard Thawne as the Reverse-Flash, Malcolm Merlyn, Damien Darhk and Leonard Snart as Captain Cold. 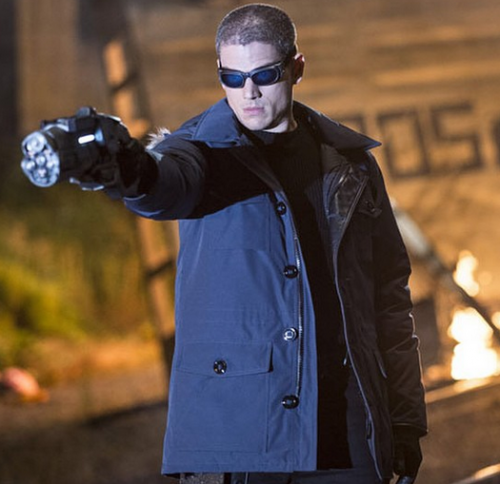 The Legion of Doom, as context from the Super Friends show.

In terms of the actual Invasion / Heroes vs. Aliens 4-parter, we also have some more wide-shots with a blending of characters from CW’s Supergirl, Team Flash, Team Arrow and DC’s Legends of Tomorrow.

Plus some teaser graphics for this CW DC TV event!

Marvel Teases Man-Thing Avengers & A Doctor Doom-Thing For Avengers Forever #5 Spoilers?! Plus Who Is The War Widow?