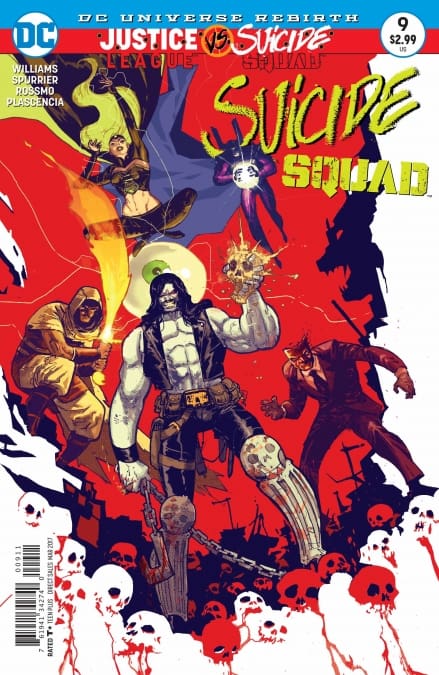 No only are Maxwell Lord’s recruited villains the first #Skwad they also included another member… Cyclotron. The red circle on her chest makes me “feel” that she either dies on their first mission or its Katana in disguise.

So, do these teaser and preview pages intrigued you enough to pick up the issue?