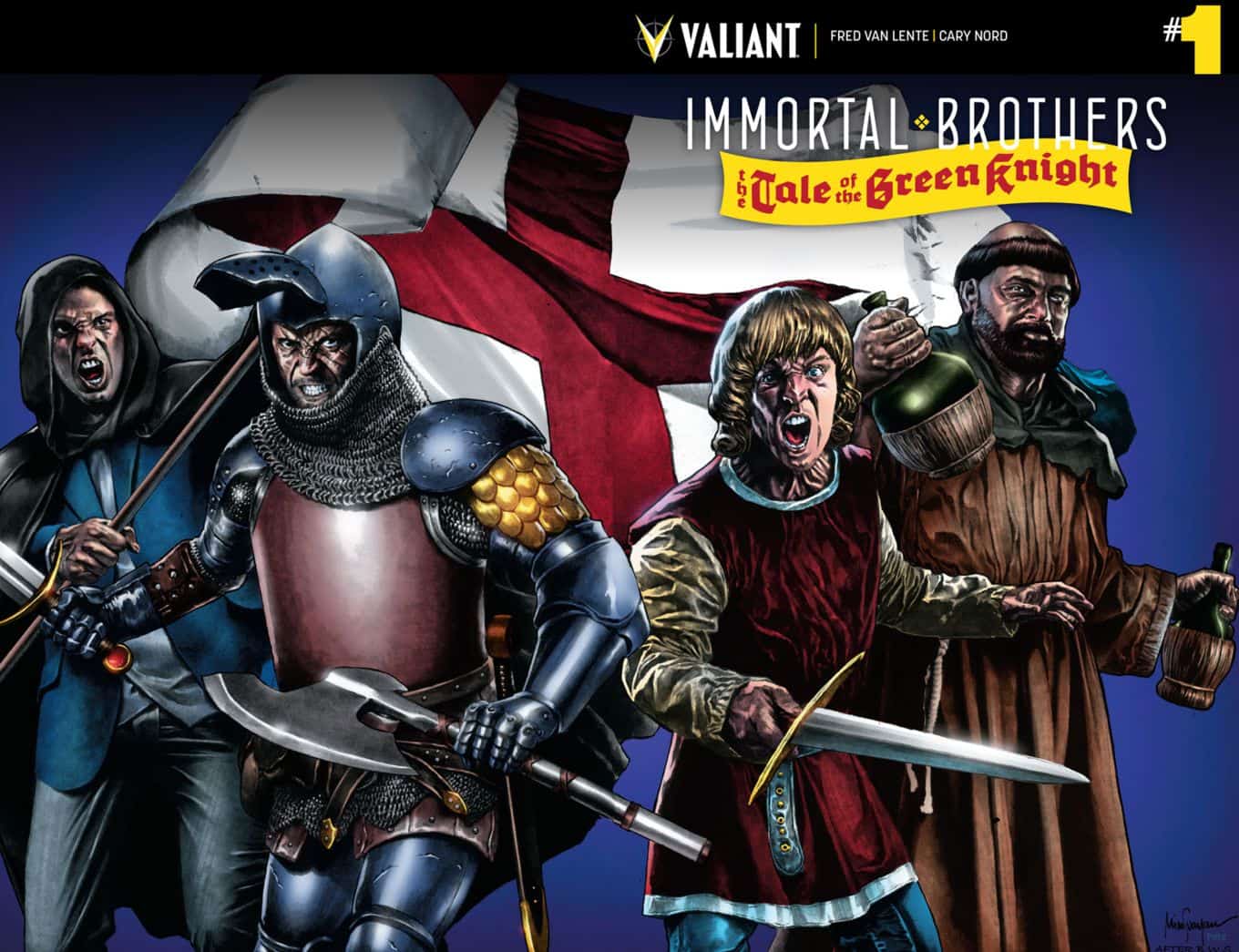 I’m a long-time fan of the immortal Anni-Padda brothers of Valiant Comics: Gilad the Eternal Warrior, Ivar the Timewalker and Aram also known as Armstrong. They join together in a one-shot for an adventure in April. This is the second time they have headlined a team book together. The first time was in 1997 with the quarterly series called Eternal Warriors in the Acclaim era of Valiant that lasted six issues.

Now its 2017 and we have the Immortal Brothers one-shot coming in April!

Valiant is proud to announce IMMORTAL BROTHERS: THE TALE OF THE GREEN KNIGHT #1 – a 48-page, standalone special reuniting Archer & Armstrong, the Eternal Warrior, and Ivar, Timewalker for a swashbuckling adventure through King Arthur’s court! On April 12th, New York Times best-selling writer Fred Van Lente (Archer & Armstrong) returns to the ageless Anni-Padda brothers with Eisner Award-winning artist and Valiant superstar Cary Nord (X-O Manowar) for the first of four oversized issues honoring the most memorable Valiant tales ever told across the summer of 2017! From ancient Mesopotamia to the streets of modern-day New York, Armstrong, Gilad, and Ivar have seen, heard, and fought it all… Now, celebrate the 25th anniversary of Valiant’s most famous band of brothers right here with a marvelously extra-long and lavishly illustrated epic of bravery and brute force in the style of Barry Windsor-Smith’s classic Archer & Armstrong/Eternal Warrior #8!

It’s winter at King Arthur’s court in Camelot! The monstrous Green Knight has appeared before the Round Table with no armor, a gigantic axe, and a challenge. He has come to insist that the weaker knights participate in a friendly “winter’s game” where anyone can strike him once with his axe, but on one condition: That the Green Knight can return the exact blow in one year’s time. King Arthur has agreed to face the mysterious knight himself, but the Round Table’s youthful and most gallant champion, Sir Gilad, takes up the challenge to protect his king. Much to the court’s surprise, the Green Knight doesn’t flinch as his head is struck clean off…only to pick it up himself and warn Gilad that he is fated to receive the same blow before the year is out. Now, Gilad – the Eternal Warrior – must solve the mystery of who the Green Knight is before his hour at the axe comes to pass! But first, he’ll need to find some help…in the form of his own immortal brothers – Armstrong and Ivar – who shall be united once more!

“Aram is super-strong, Ivar is super-smart, and Gilad is super-brutal. That leads to radically different worldviews. So when thrown together, they have completely different approaches to solving problems,” writer Fred Van Lente told ComicBook.com. “Thus, they bicker constantly whenever they’re together—they are constantly trying to one-up each other, and prove their way is right.”

On April 12th, the Valiant Universe’s three immortal adventurers are going down in history when all-star creators Fred Van Lente and Cary Nord bring Archer & Armstrong, the Eternal Warrior, and Ivar, Timewalker together for a centuries-spanning journey into lore and legend! It all starts here with an oversized, 48-page saga of Valiant’s most noble heroes past and present, in IMMORTAL BROTHERS: THE TALE OF THE GREEN KNIGHT #1 – featuring covers by Eisner Award-winning artist Cary Nord (Conan), Valiant-exclusive superstar Mico Suayan (Bloodshot Reborn), acclaimed artist Marc Laming (Ninjak), and rising star J.M. Dragunas!

IMMORTAL BROTHERS: THE TALE OF THE GREEN KNIGHT #1 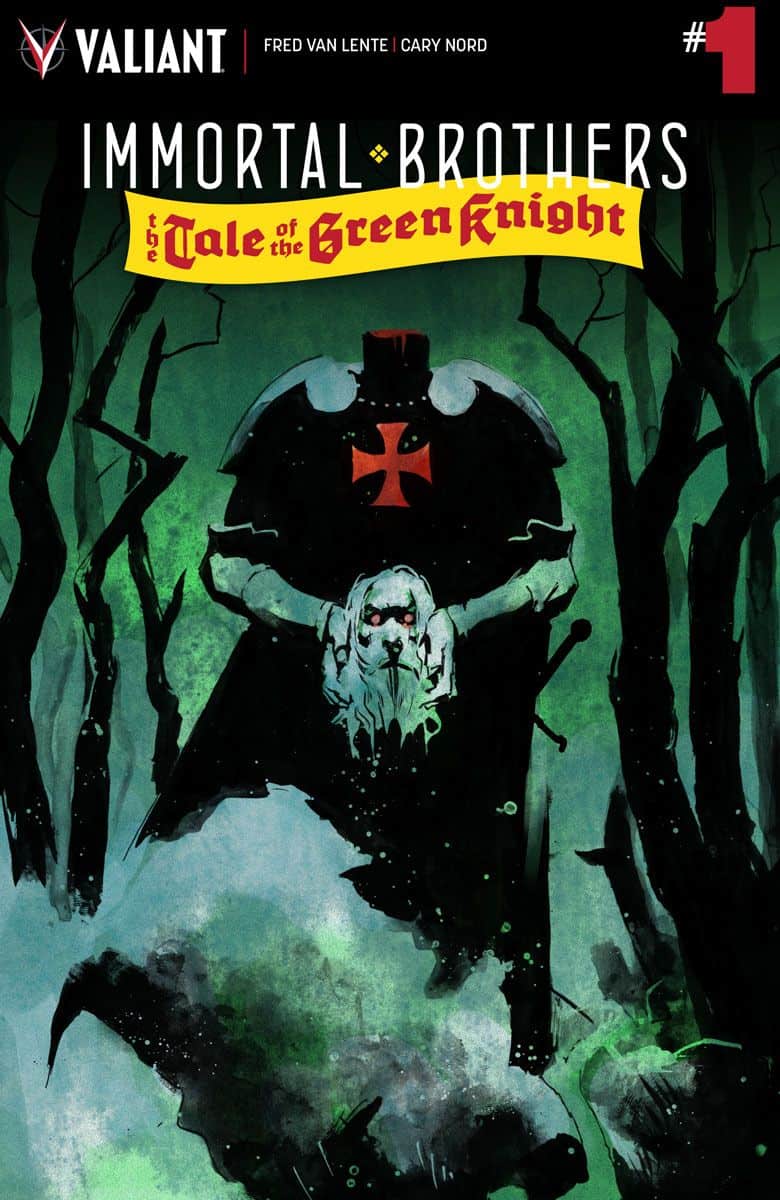