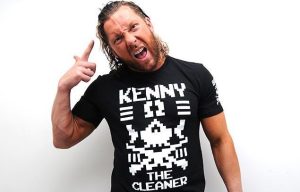 Kenny Omega was a guest on Wrestling Observer Radio and announced he has decided to return to New Japan Pro Wrestling instead of heading to WWE.

Omega told WOR’s Dave Meltzer and Bryan Alvarez that he wanted to get the news out now since there have been a bunch of rumors about him showing up at the Royal Rumble pay-per-view this Sunday. Omega is currently still signed to a deal with NJPW through the end of the month, but he said he didn’t want to give fans false hope of him appearing at the show or being disappointed that he didn’t.

Omega said he wanted to get his status out there since he’s been accused of attempt to possibly work people, and said he really did not know what he would choose. Omega said it was unfortunate that it had to be this way with an announcement, because he knows some people will be disappointed, but he doesn’t want to take away from the Rumble PPV.

Omega noted he did not sign a deal with NJPW yet but he will travel back to Japan next month to work out the terms of his new contract. He said  he is confident he will work a deal out and would like to sign a one-year contract, because he still has goals he wants to accomplish in Japan. Omega said he feels like he could make a bigger impact in Japan now since WWE is so loaded with talent at the moment.

I've been following wrestling for almost 30 years now, and the metal scene for even longer. And let's just say that all that head-banging has left me with some weird ideas that i will share with you from time to time. Aren't you glad?
More from this author

Marvel Comics Unmasks Madelyne Pryor The Goblin Queen Ahead Of Her Team-Up With Ben Reilly AKA Chasm In Dark Web?!